Goodbye rain, hello sunshine! Temperatures will hit 74F this weekend as summer makes a welcome return after days of downpours and cloudy skies – and it could get even HOTTER next week

Britons are set for a sunny weekend with temperatures expected to hit 74F (23C) from tomorrow after days of rain and murky skies.

Forecasters are predicting a ‘fine weekend’ as people across the country continue to enjoy the easing of coronavirus restrictions.

After days of downpours and clouds, the balmy weather is sure to see Britons flock to beaches and parks and enjoy barbecues and outdoor meet-ups.

And the mercury will continue rising with temperatures expected to soar as high as 75F (25C) over the coming week.

Bookmakers Coral also say it is odds on for this month to be the hottest July on record in the UK. 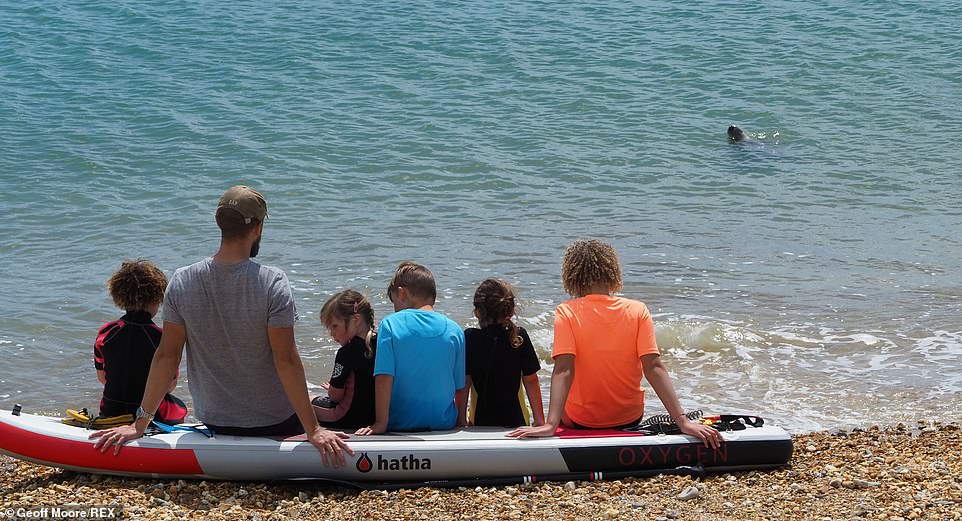 Forecasters are predicting a ‘fine weekend’ as people across the country continue to enjoy the easing of coronavirus restrictions. Pictured are a family on a beach in Dorset 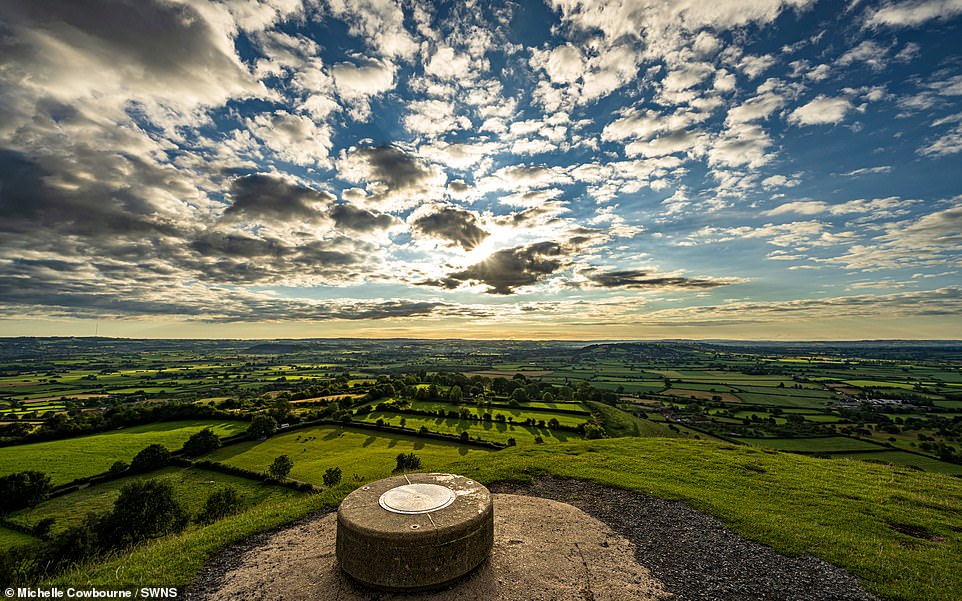 A beautiful start to the day in Glastonbury, Somerset. Temperatures are set to soar to 25C over the next 10 days 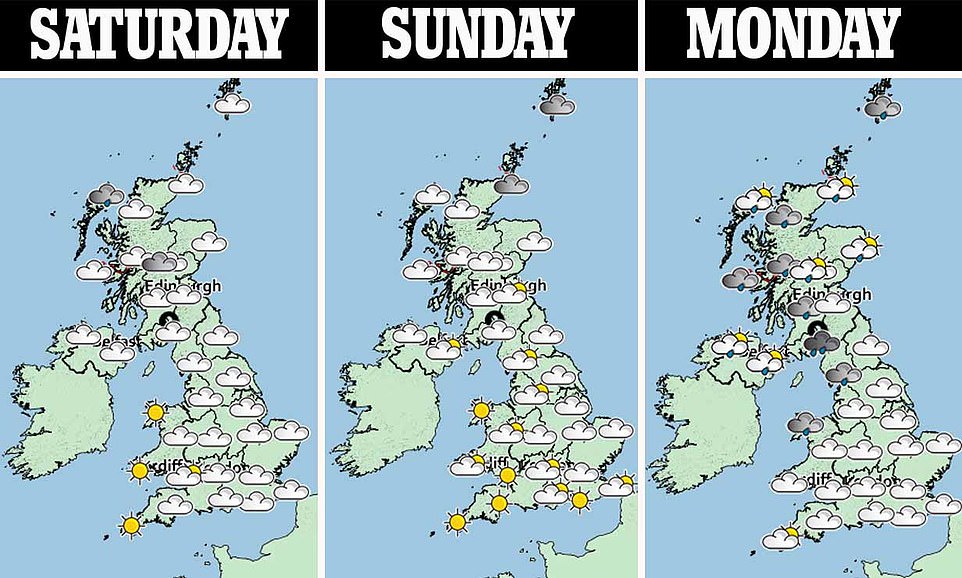 Friday night may see the odd shower, or even rumble of thunder, but the weather should rapidly improve over the coming weekend.

Staycations could also be back on the menu, with temperatures said to particularly in Wales and the South West over Saturday and Sunday.

Met Office forecaster Aidan McGivern said: ‘A fine weekend to come for many of us, but for the rest of Friday still some heavy showers about, mainly in the north and the east, sunny spells otherwise, especially in the south and the west.

‘[Saturday] The best sunshine will be Wales and the south west and cloud will thin out again later in the afternoon. Temperatures reaching 22C, 23C, slightly warmer compared to Friday.

‘You can see how the cloud tends to thin out on Saturday evening again and a lovely evening once again for many places.’

‘Sunday looks fine for many but there will be some wet weather returning into the north west later in the day.’

Revealing the forecast for Saturday, the Met Office added in a release: ‘A dry and fine start to the day with early sunshine. It will continue largely dry with some sunny spells, although areas of patchy cloud will build during the day and there is the chance of a few showers, particularly for western Scotland, Northern Ireland and north-west England. Mostly gentle winds.

With a sunny weekend forecast, there are fears Sammy the Seal (pictured) could be bothered by sun-seekers in Weymouth 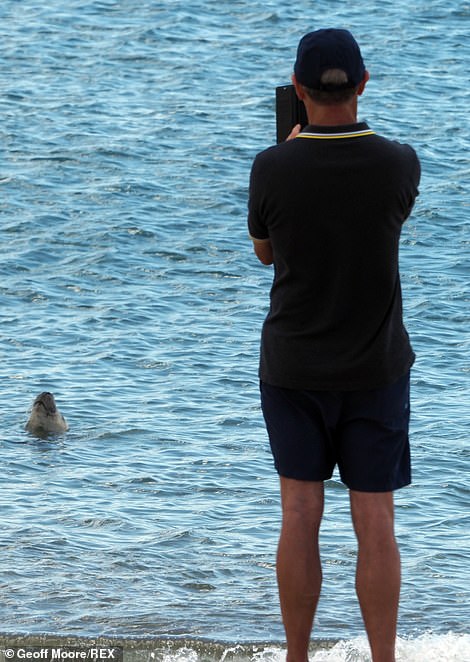 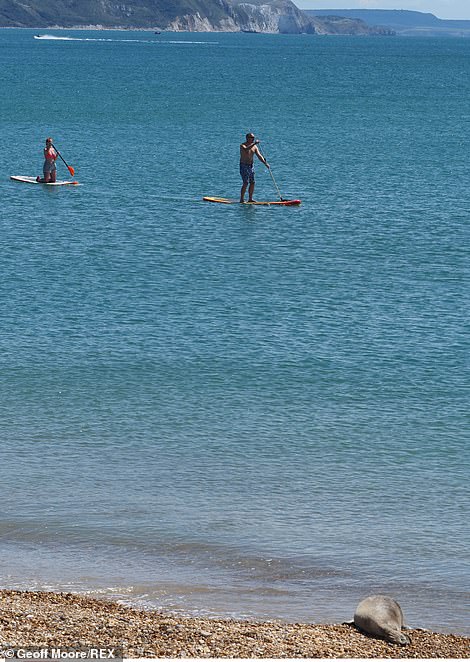 With a sunny weekend forecast the beaches of Dorset are likely to see a large influx of tourists once again, following days of rain and cloud 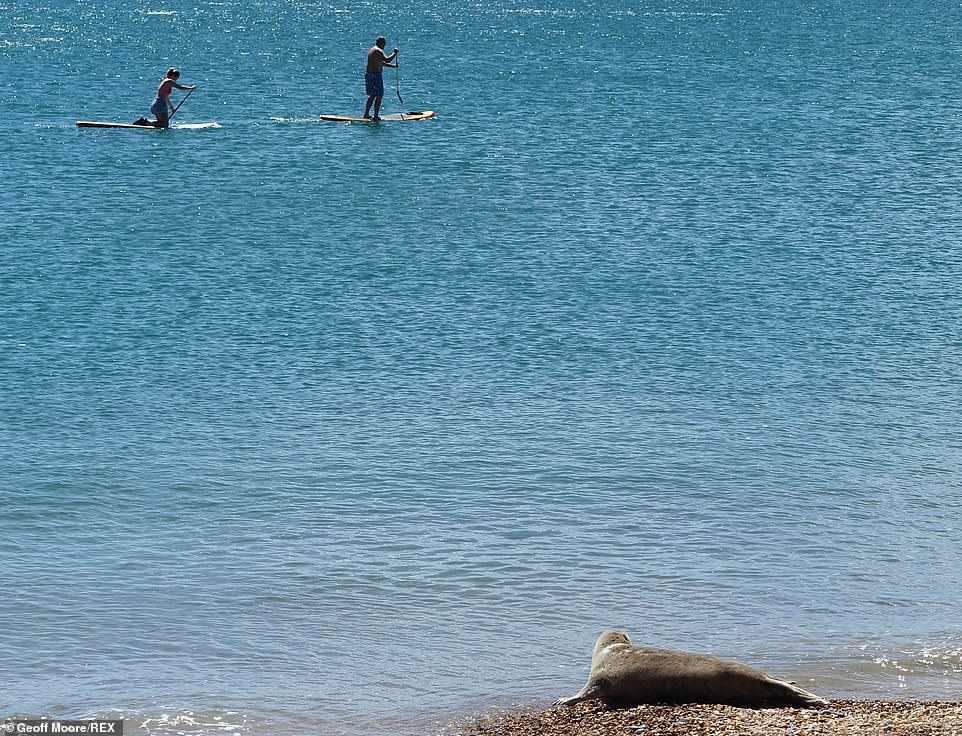 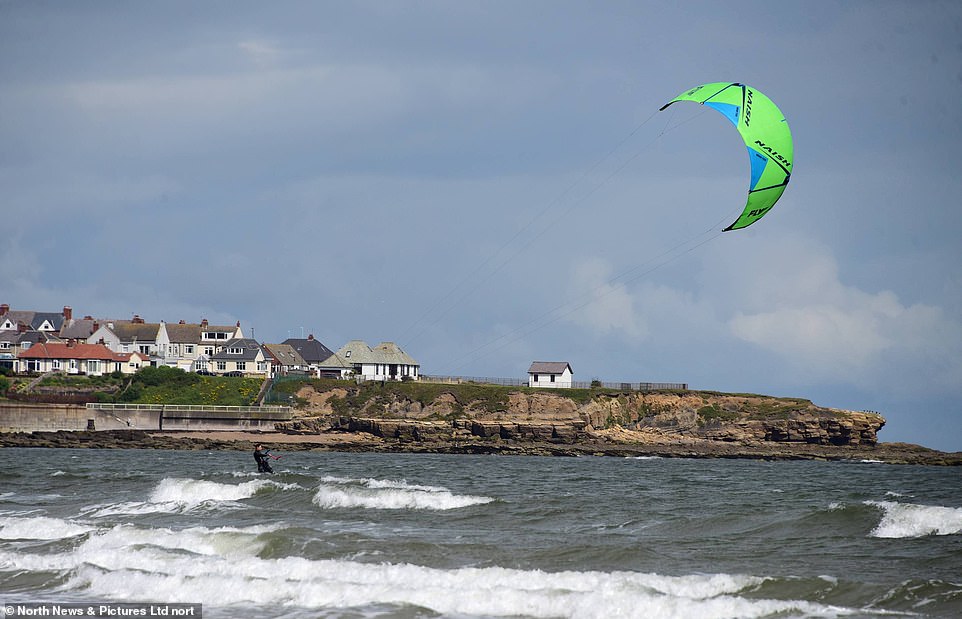 A kite surfer rides the waves of a choppy North Sea at Tynemouth beach this morning. Britain has been hit with rain and clouds across the country – though better weather is now on the way

Looking ahead to Sunday and Monday, the Met Office added it’ll be ‘mostly fine and sunny’, though there could be some patches of cloud and rain.

Meanwhile, leading bookmaker Coral makes this month odds on, at 1-2, to be the hottest July on record as the UK prepares for a scorching end to the month.

‘The rain of early July looks set to become a distant memory and we make this month firmly odds on to break the record as the hottest ever,’ said Coral’s Harry Aitkenhead.

Coral also make this summer odds on, at 4-5, to be our warmest yet.

‘This summer can be one to remember weather wise and looks to have a strong chance of being our warmest of all time,’ added Aitkenhead. 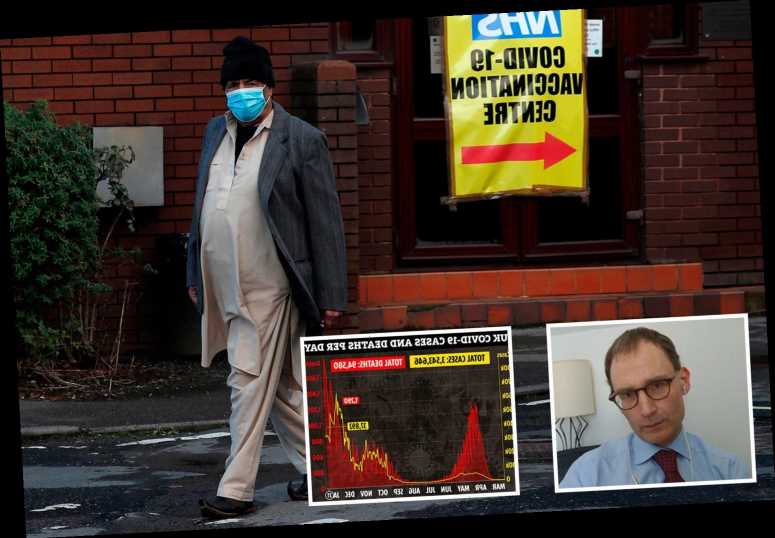 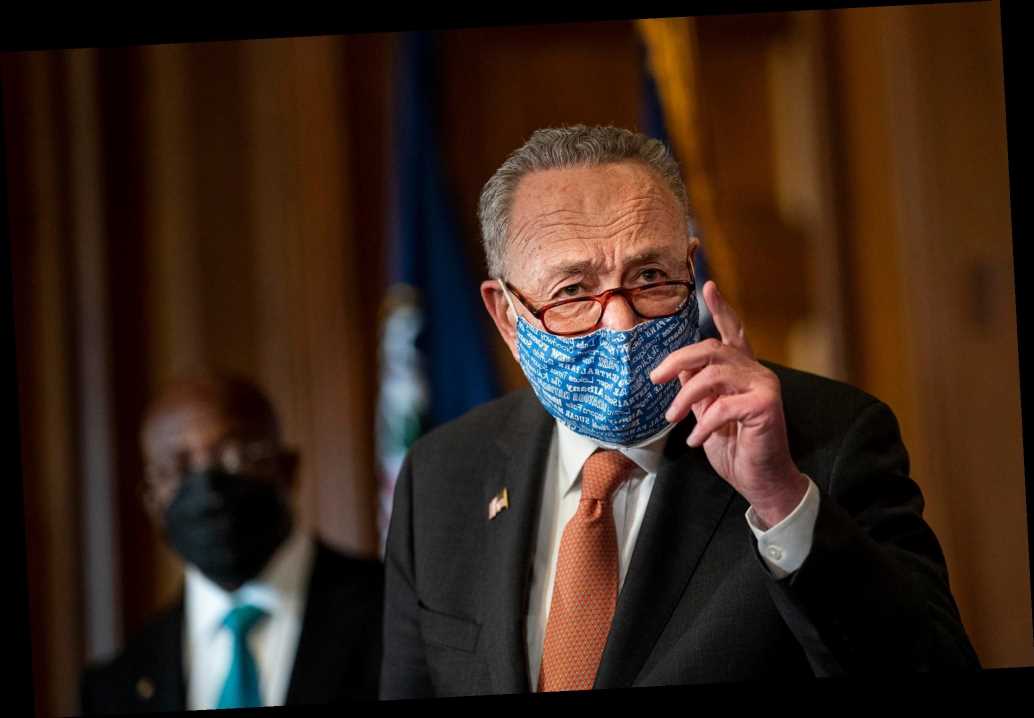 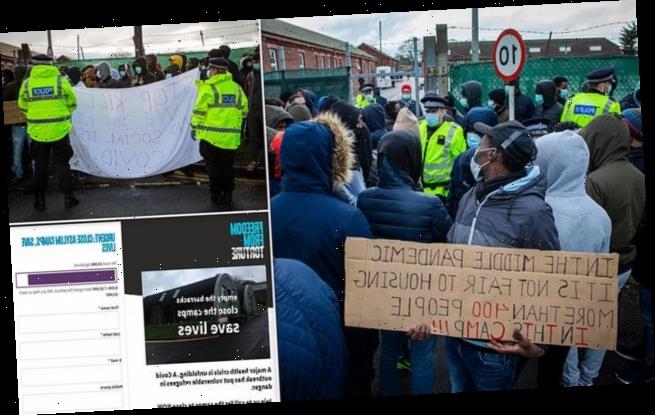 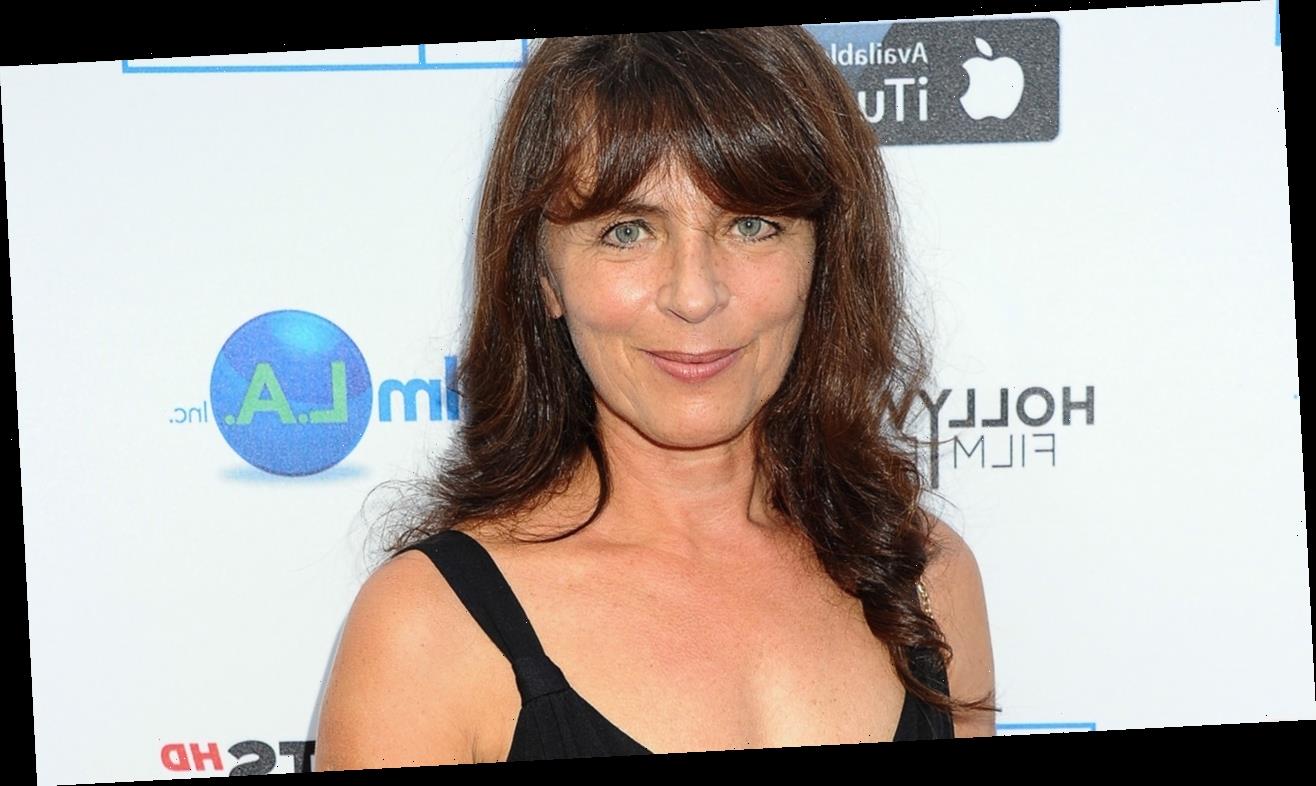