A large deer sprinted across the road in front of the lead cyclist. 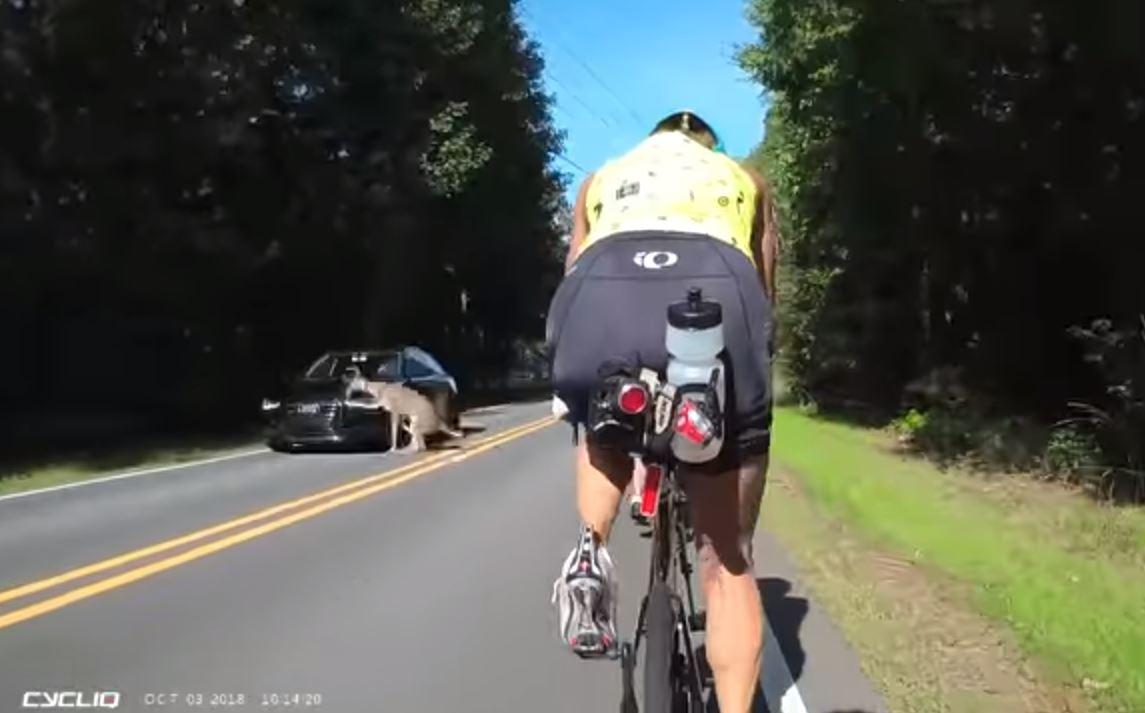 It was then slammed a split-second later by a dark-coloured Audi travelling in the opposite direction.

The car sent the deer spinning through the air, back across the double-yellow line.

One cyclist can be seen ducking while trying to keep her bike steady.

The collision occurred last week in North Carolina as Peter Flur and four friends were finishing a 45-mile bike ride. 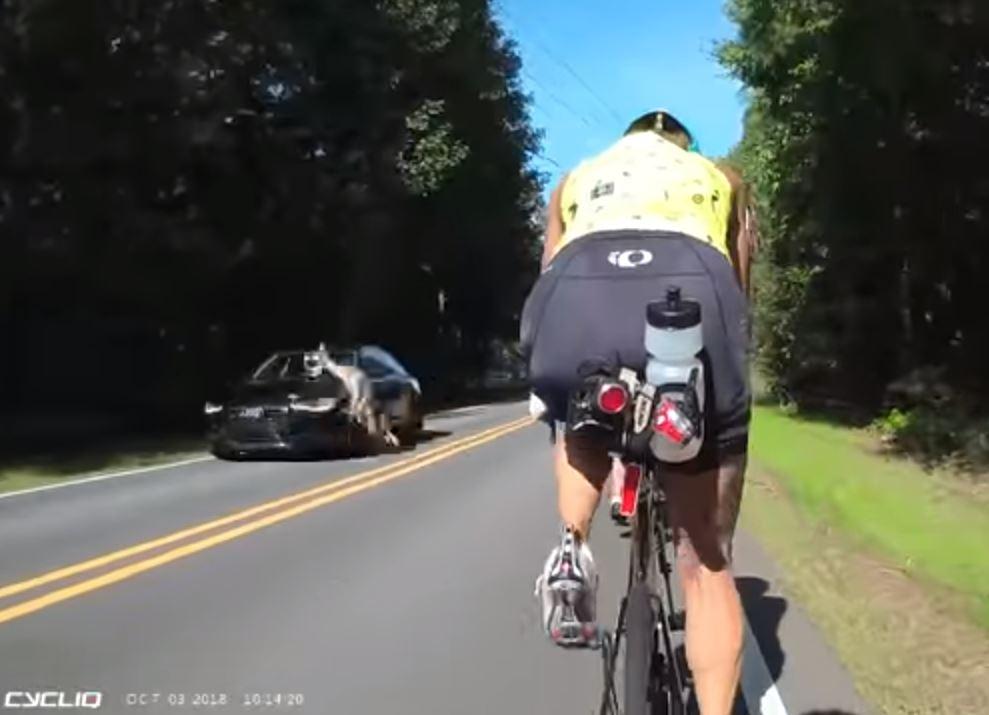 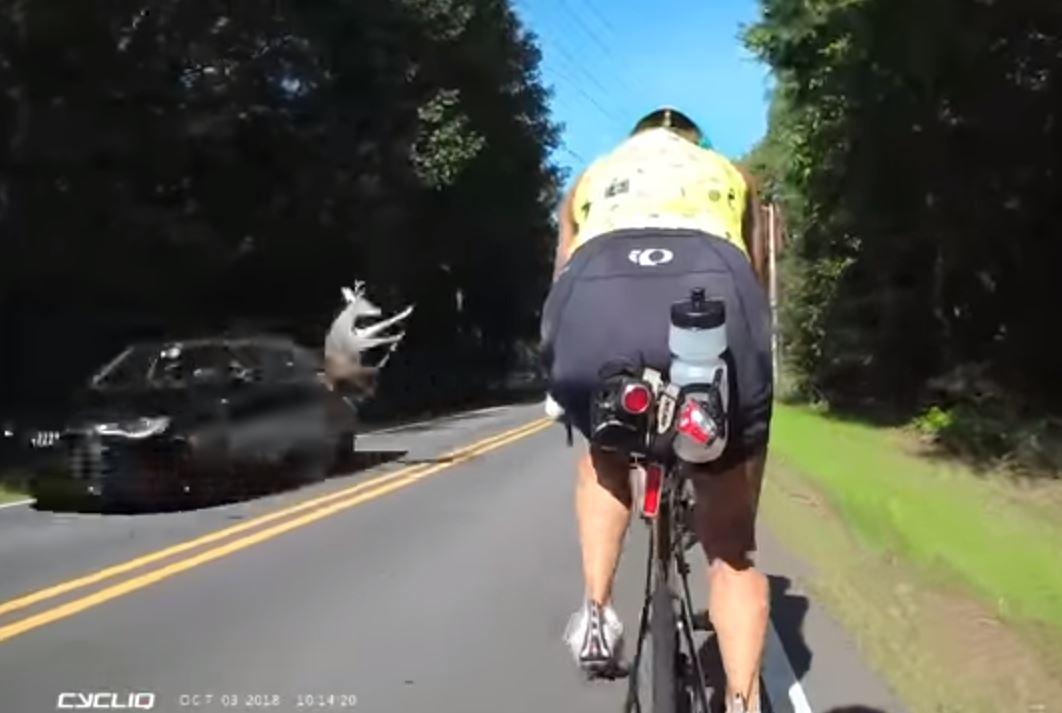 Mounted cameras on the front and rear of Flur’s bicycle captured the incident.

Flur said: “I look up and see this thing flying at us.

"For a few seconds, I didn’t even know what it was.

"It happened so fast, at that very instant, we just didn’t know.” 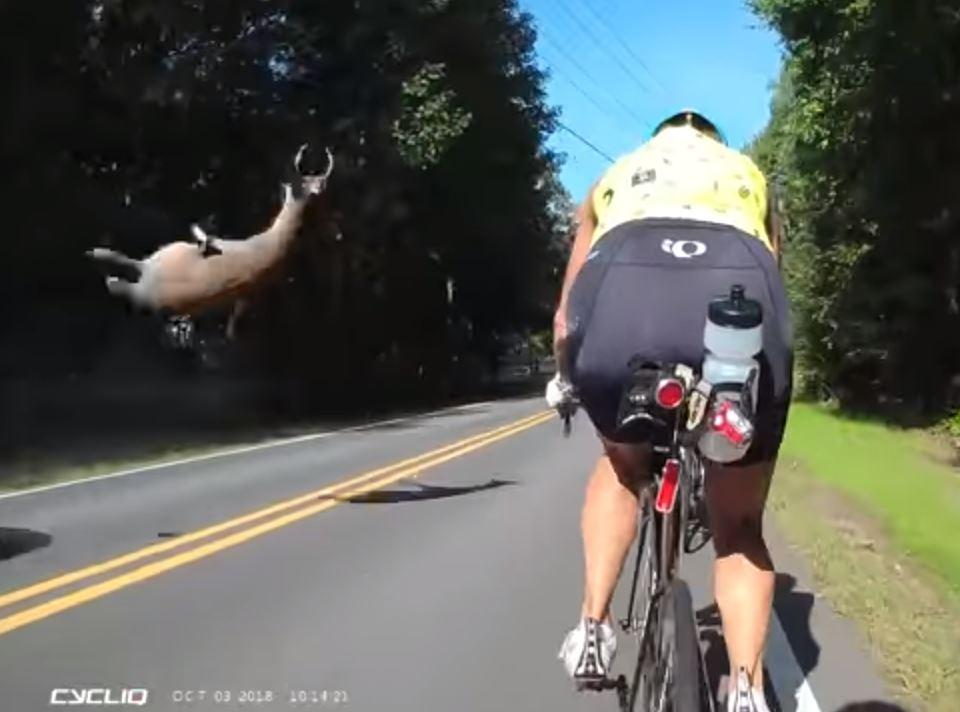 Flur said he believes the deer did not survive but can’t be sure.

The driver of the Audi continued on without stopping.

The group had been helping fellow cyclist Melonie Norris train for next weekend’s Ironman World Championship competition in Hawaii.

Still in shock, they pulled off to the side of the road to process what had just happened. 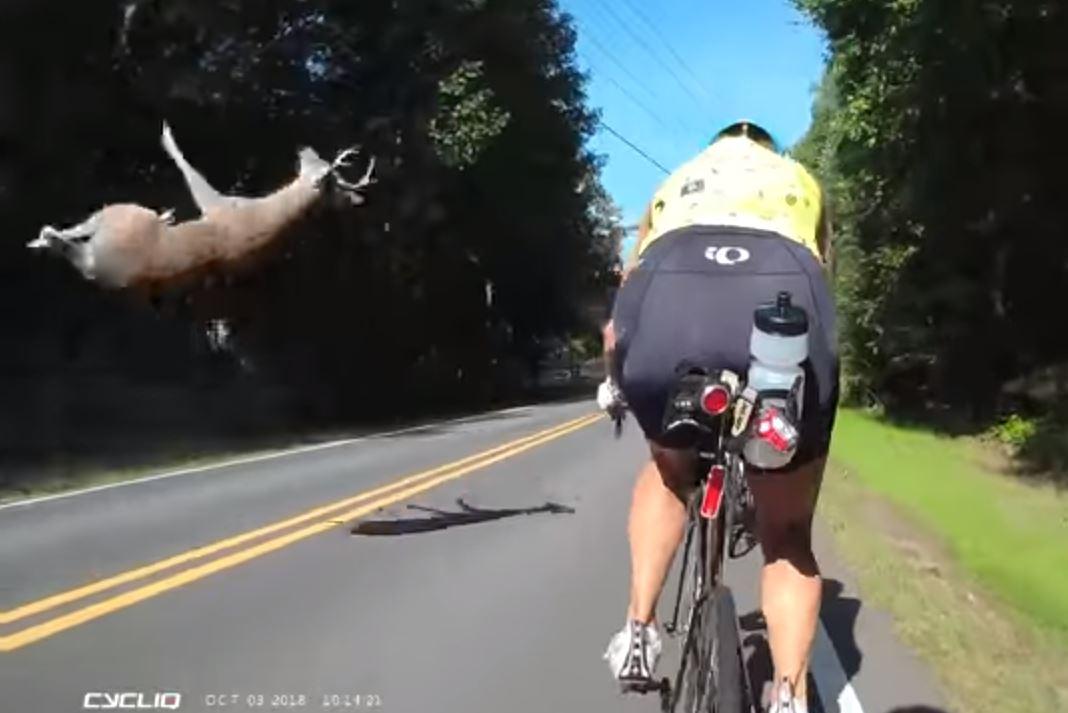 Flur said: “As we were heading back into the Y [YMCA].

“Missy looked back at me and was like, ‘Oh my God, you have that on video.’”

Flur uploaded the video onto his computer and contemplated whether to share with the public.

After discussing it with the other riders, Flur posted the video on YouTube and it has been viewed more than 10,000 times.

He said: “Really, from my perspective, it was just these are the crazy things that we see when we’re on our bikes.

“It’s still shocking to me to think that we actually saw that and caught it on video.”