THIS is the terrifying moment a mum and her three-month-old baby were almost crushed by a one-tonne runaway trailer.

Eleanor O'Callaghan, 23, said she had just a "split second" to save her son's life after hearing a loud "bang" when the trailer came loose from its van. 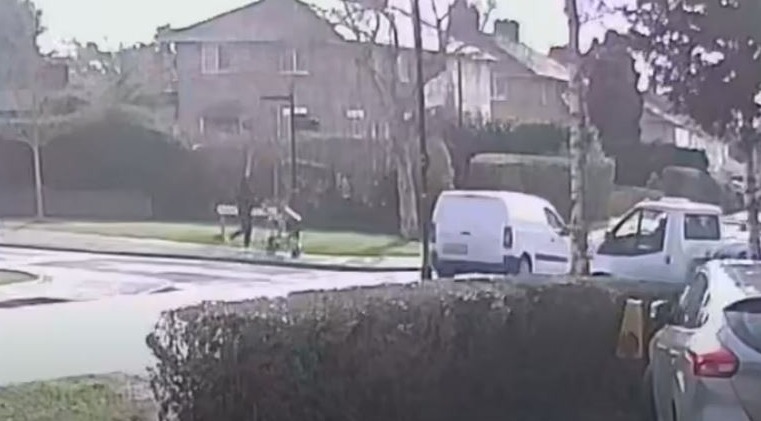 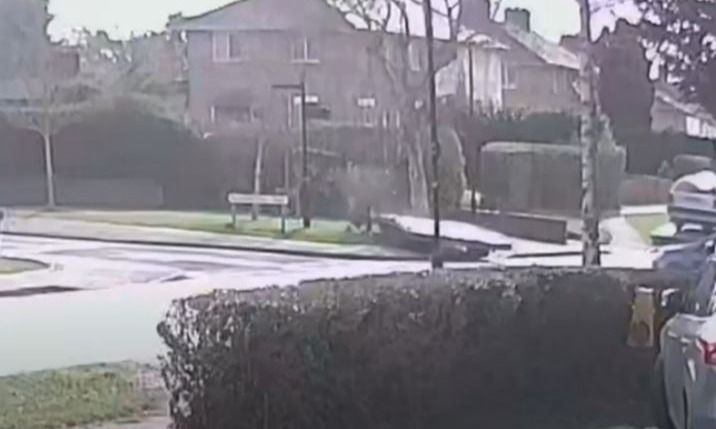 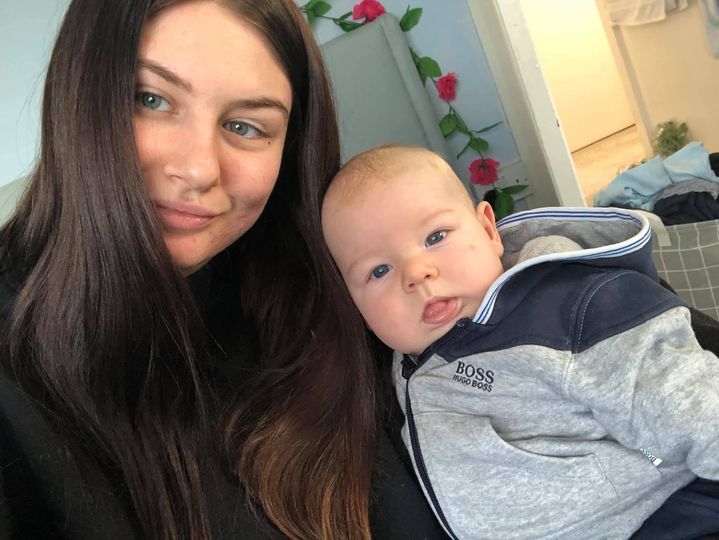 The young mum from Silver End near Braintree, Essex, moved the pram out the way of the oncoming trailer when she heard the loud noise.

But the one-tonne trailer, which came free as its van was turning at a junction, still caught against the pram – sending Eleanor "flying" as she fought to keep hold of the buggy.

Dramatic CCTV footage filmed from a house on the opposite corner of the junction shows a cloud of dust as the trailer hits the pavement.

Eleanor, who was pushing the pram along the pavement, can be seen moving it quickly when she realises what is happening.

The clip shows that right after the trailer comes loose, the van's driver runs towards Eleanor and her son to make sure they are not hurt.

The single mum escaped with only minor injuries, including a stiff neck, shoulders and arms – but baby River was luckily unharmed.

Eleanor described the ordeal, which happened on Tuesday, as "absolutely terrifying".

She said: "It was a mum's worst nightmare.

"If I hadn't pulled the buggy back out of the way in that split second, my boy would have had no chance.

"The worst part was that as it came towards us, I wasn't sure if it was going to bounce up off the curb and come crashing down on top of us. 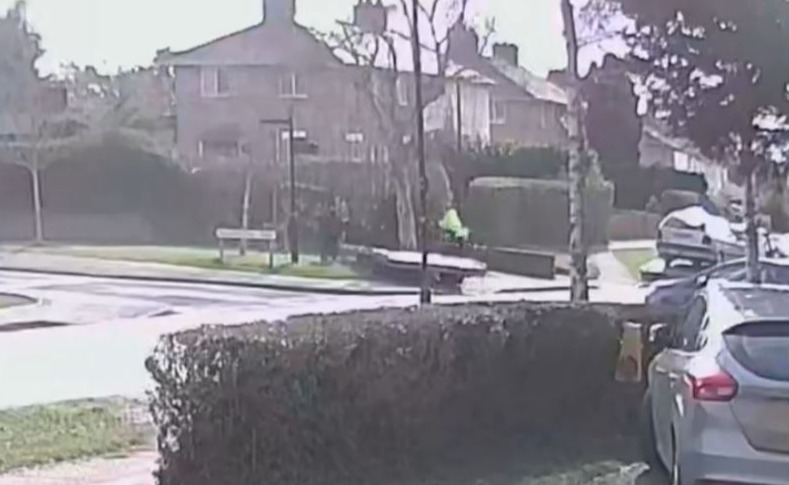 "All I could think about was keeping hold of the buggy because I didn't want my baby to fall out.

"The trailer caught the buggy and yanked it away from me, so I was sent flying.

"Luckily, River wasn't hurt – I don't think he even had any idea what had happened, he was just in his pram smiling up at me."

The CCTV footage shows the van come to a halt in the road seconds after the incident, and the driver coming running to check Eleanor was alright. 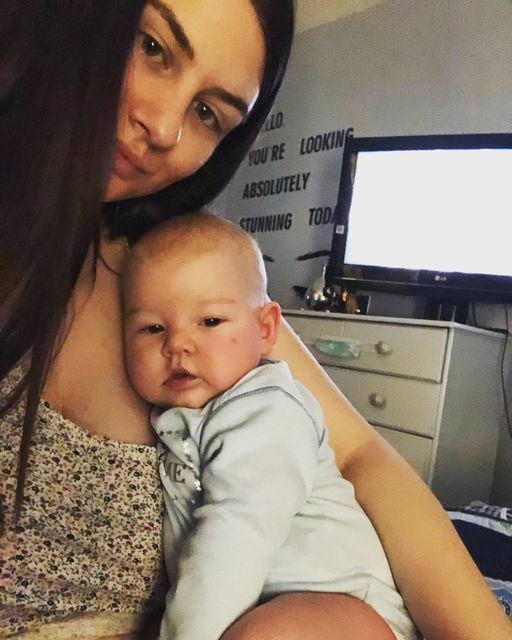 She said: "He seemed almost as shocked as I was, and was really apologetic.

"He actually had two trailers on the back of his van, and the other one was carrying a car on top of it – so I'm really lucky it wasn't that one that came towards me."

Eleanor said she didn't require any medical care and walked back home shaken and crying.

But she said: "I woke up the next day and it hit me like a tonne of bricks.

"I've been left with really sore and stiff shoulders, neck, and arms – which has been hard as I'm a single mother so I'm on my own looking after my little one."

Eleanor says she has reported the incident to Essex Police. 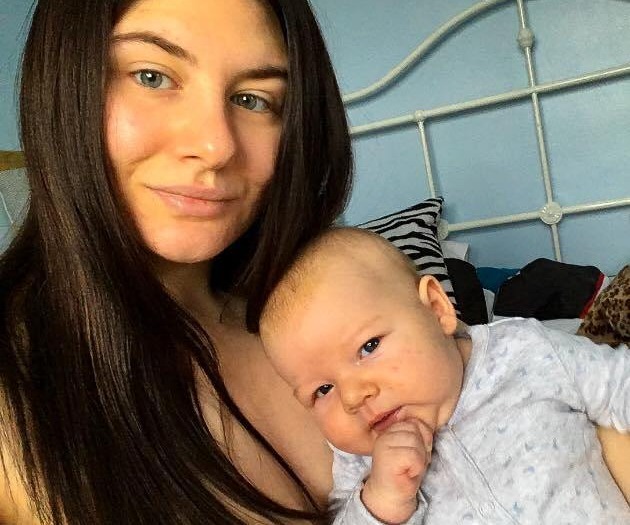