WINNING the lottery is a dream held by millions of us in Britain. 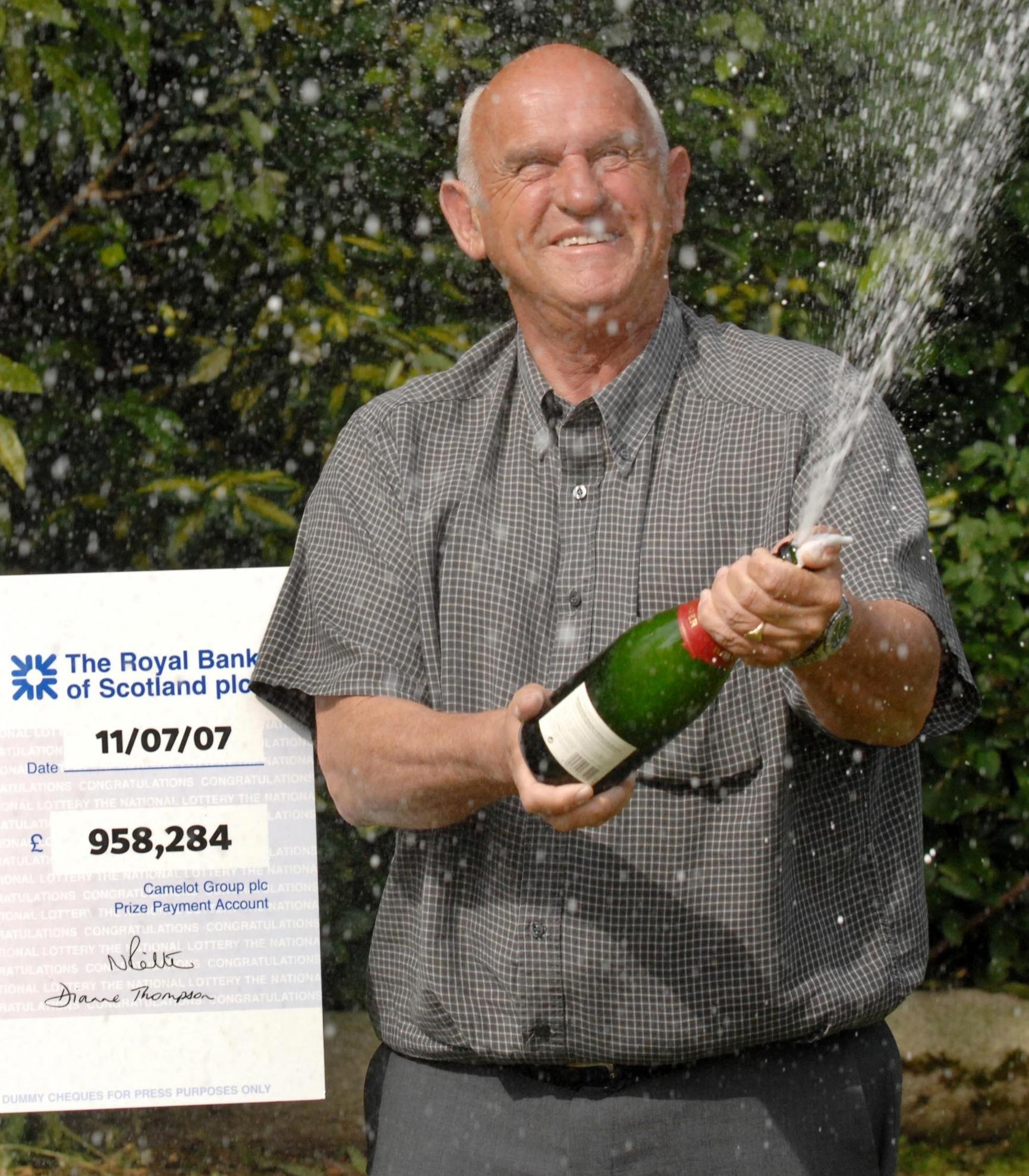 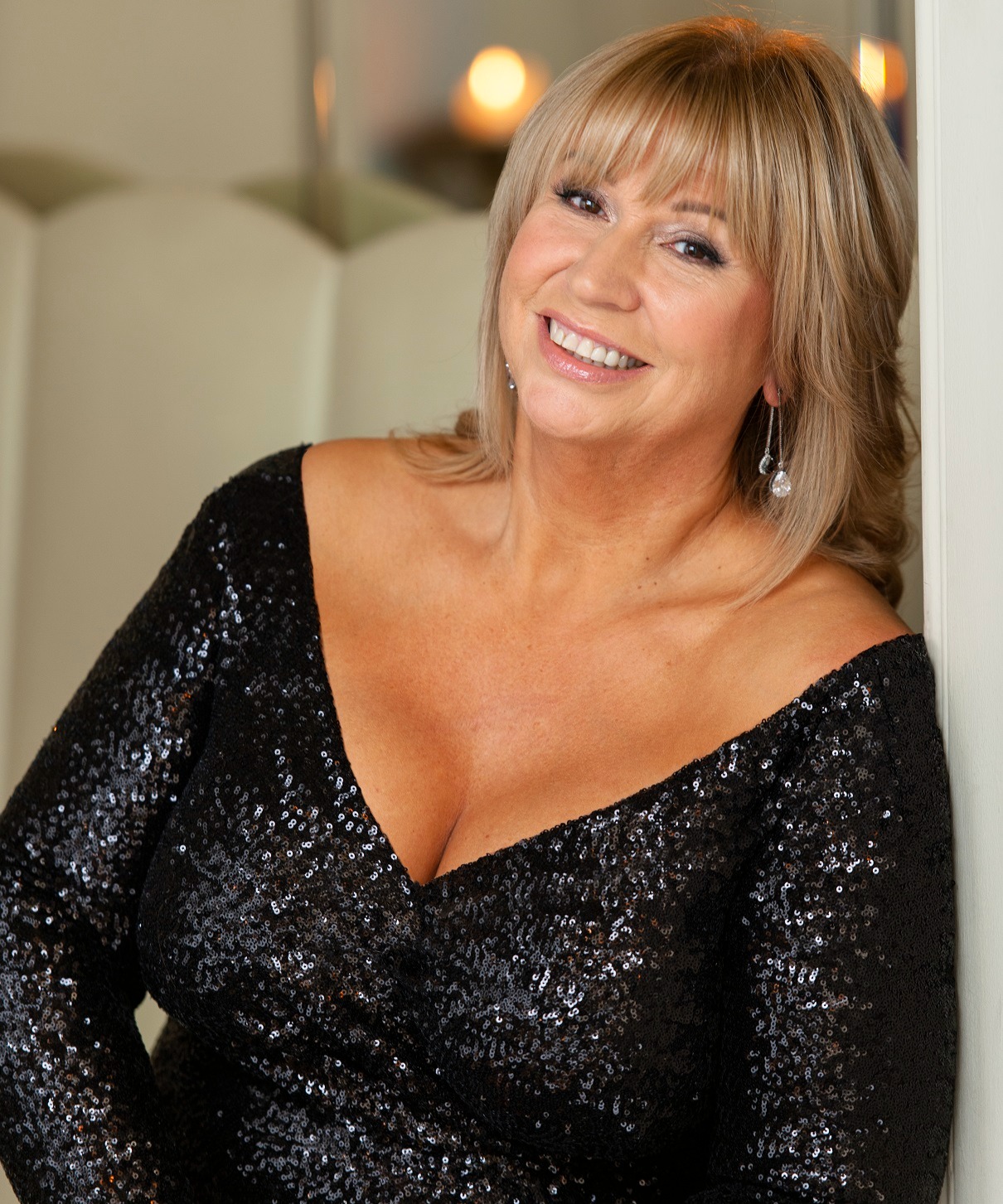 Predicting the lucky combination of numbers is harder than it seems and with the odds of claiming the Lotto jackpot at one in 45 million, very few of us will do it.

Mathematicians say there are a series of probability-related picking strategies to increase your odds of winning but the reality is it’s easier to get struck by lightning.

Yet many of the previous lucky winners reveal they've scooped the top prizes because of unusual – but fortunate – circumstances.

Derek and Dawn Ladner, from Redruth, Cornwall, were thrilled when the same six numbers they used every week finally came up in the midweek lottery draw.

However, a week later Derek, then 57, was in for quite the shock when he found a second lottery ticket in his pocket.

It was from that same winning draw and thanks to his forgetfulness – when he bet twice with the same lucky numbers – their winnings increased to £958,284.

In 2007, lottery operator Camelot told the Daily Mail: “[Derek] bought one winning ticket but forgot about it, then he went off to buy another and ended up with two shares.

🔵 Read our EuroMillions live blog for the latest updates…

“He collected his first winnings when the draw was made… [later] he found the second ticket and realised he was a double winner.

“He is the first person to have won twice in the same draw. It must have been a huge and happy surprise.”

Lucky Kerri-Ann Robinson, from Stevenage, Hertfordshire, was studying for her college diploma in business when she won the jackpot.

The mature student, then 41, was taking care of her three-year-old daughter when she “begged me for a blackcurrant juice” in 2007.

Kerri-Ann raced out to the shops at lunchtime and “as an afterthought, chose a Lucky Dip for the Lotto draw that night”.

The next day during a break between classes, she checked the numbers and discovered she had won £2,543,691.

In 2019, the mum-of-two told the Mirror: “When I realised I had won everything went blurry.

“I put my ticket in my pencil case, rang my mum and burst into tears. She thought something terrible had happened.”

Kerri-Ann used some of the money to fund her “dream wedding” in 2010 and described walking down the aisle as “one of the most magic moments of my life”. 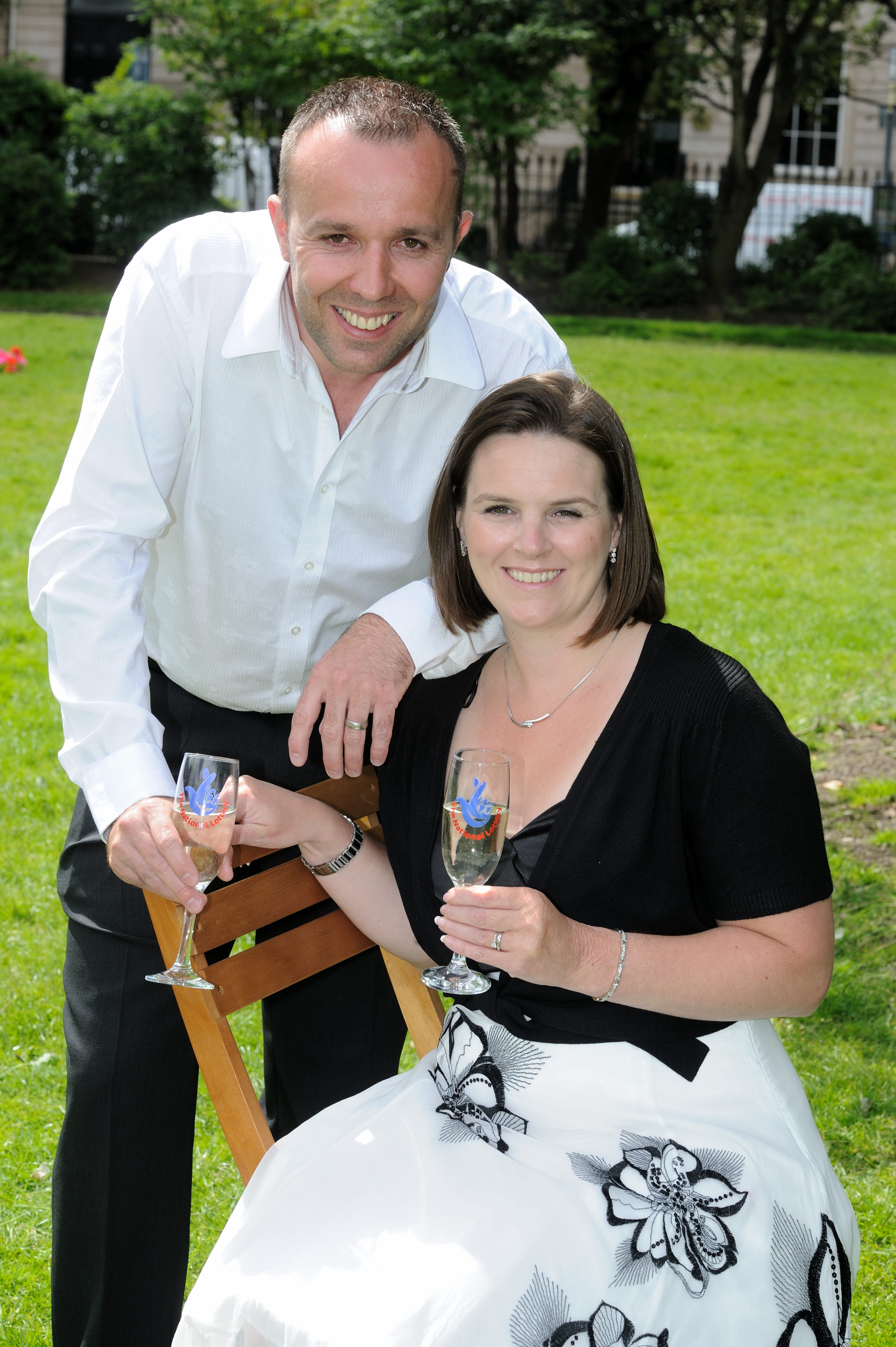 A hospital visit to see her father, led lucky Libby Elliot, from Aberdeenshire, Scotland, to win £2,169,664 on the lottery.

Shortly before leaving, he gave his grandchildren pocket money and “two pounds pocket money” to his daughter too.

The next day, her dad couldn’t believe the news and was amazed that Libby was in hospital with him rather than planning ways to spend her cash.

She recalled him saying: “Look at you, you’re a multi-millionaire and yet you’re sitting here beside me.”

Libby said that memory “still makes me cry” and since then her life has changed drastically.

She went on to lose 11 stone and went “travelling the world on dream trips – from Jerusalem to Route 66 to Buenos Aires”.

Jamie Heavens, from Bournemouth, won £1million on a Millionaire Riches Scratch card in 2016.

The roofer, then 26, was waiting to buy a drink at the petrol station when he realised he picked up the wrong flavour.

He had to go to the back of the queue and noticed the "man in front of me bought a scratch card".

Jamie recalled: "So I picked the same card as him.

"I drove to a layby to scratch it and realised I'd won but it was 7.30 in the morning and I still had a day's shift ahead.

"I couldn't get signal so I climbed onto the roof we were working on and rang Camelot, I won a million pounds and earned another £100 for my shift.

The big win allowed him and his partner to afford the wedding of their dreams but instead of getting carried away by his fortune, they live a modest life.

Earlier this year, Jamie told The Sun that he wore Primark clothes, shopped at Asda and treats his family to a Toby Carvery once a month.

Reflecting on the lucky petrol station purchase, he said: "It’s a chain of events which would change my life." 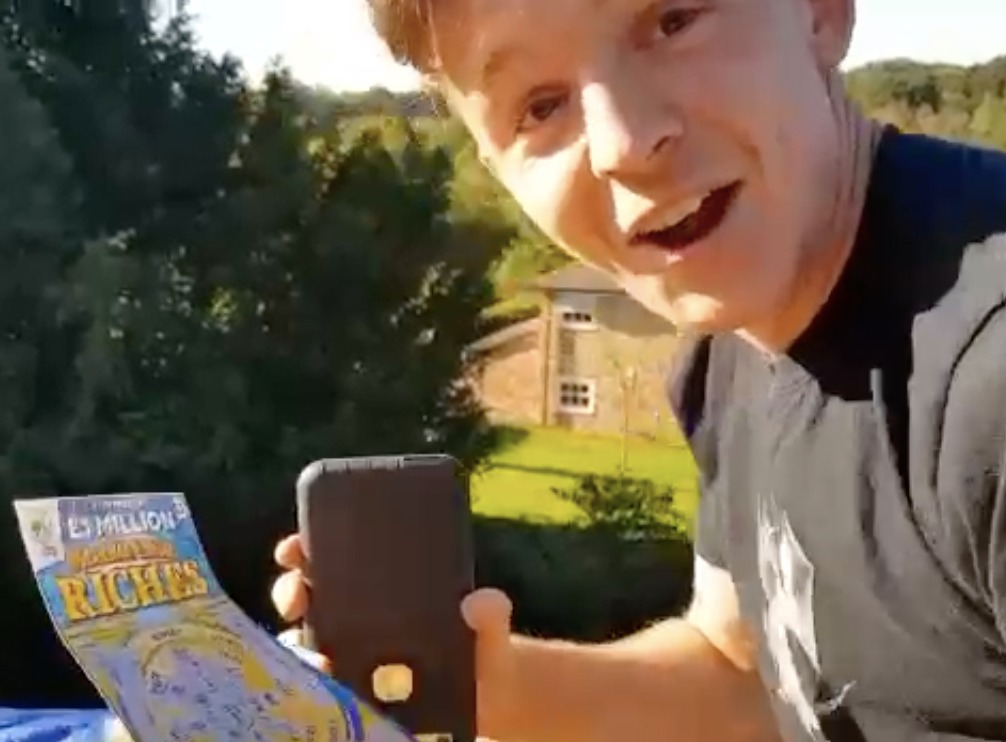 Like many people who play the lottery, Patrick and Frances Connolly “always hoped” they would win but didn’t have high hopes.

But two years ago, on New Year’s Day, they scooped £114,969,775 on the EuroMillions after playing every week for years.

When the couple, from County Armagh, Northern Ireland, found out about the “life-changing” sum, they modestly celebrated with “a cup of tea and a hug”.

They told ITV: “I always hoped we would win the lottery one day, but when we did, it would be just our luck that lots of others would win on the same day with the same numbers too.

“Never in my wildest dreams did I think we would ever win almost £115 million."

Last year, it was revealed that the Connollys had given away half of their jackpot to 50 friends and family, various charities and those in need during the coronavirus pandemic.

Not all lottery winners have such modest tastes including Lotto lout Michael Carroll who bagged £9.7million in 2002.

The former binman, who was branded the ‘King of Chavs’, blew his hefty fortune on “drugs, sex and gold”.

And Lee Ryan, who scooped £6.5m in 1995, ended up penniless and spent two years living on the street after blowing his cash on luxury cars, a helicopter and a £2m home. 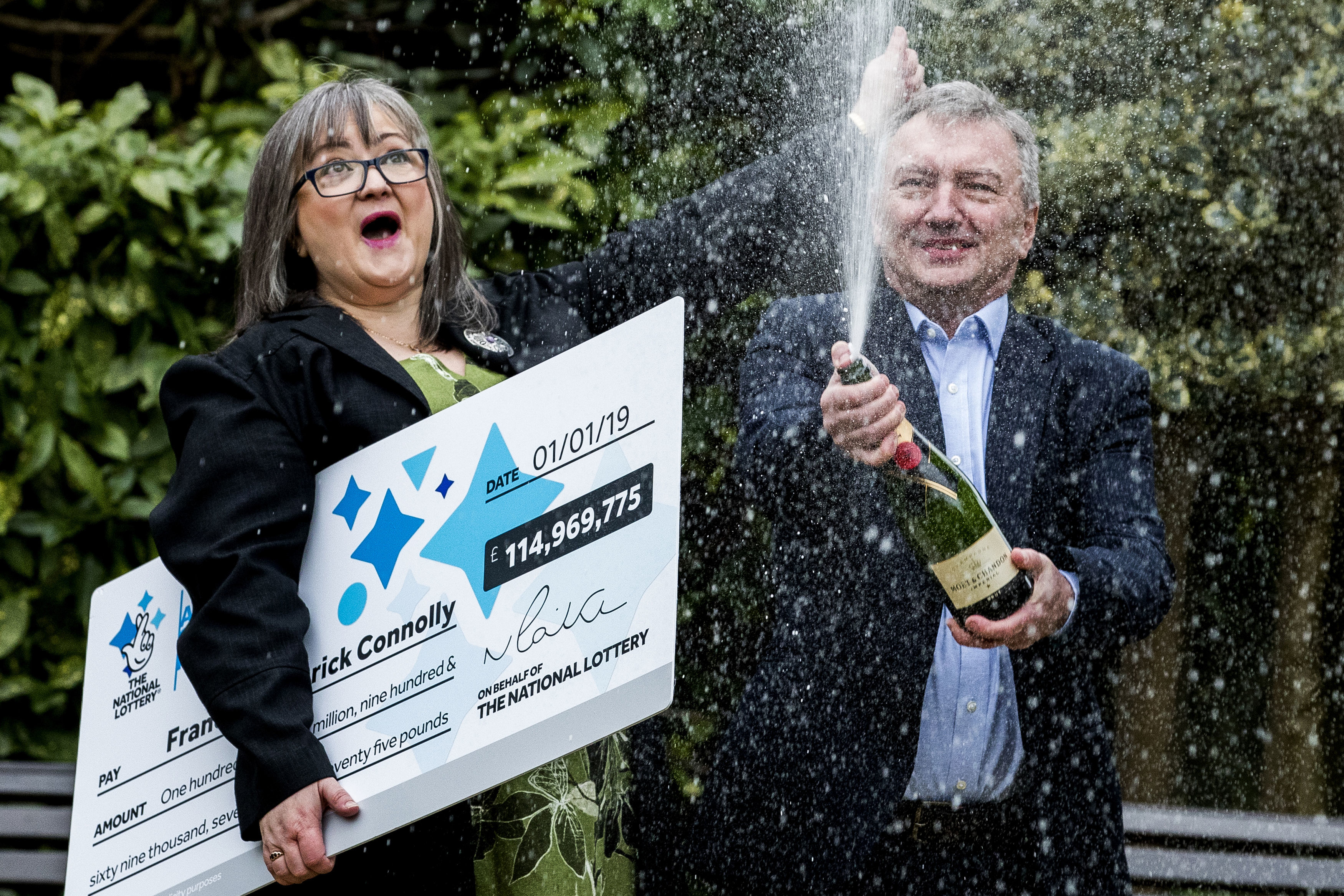