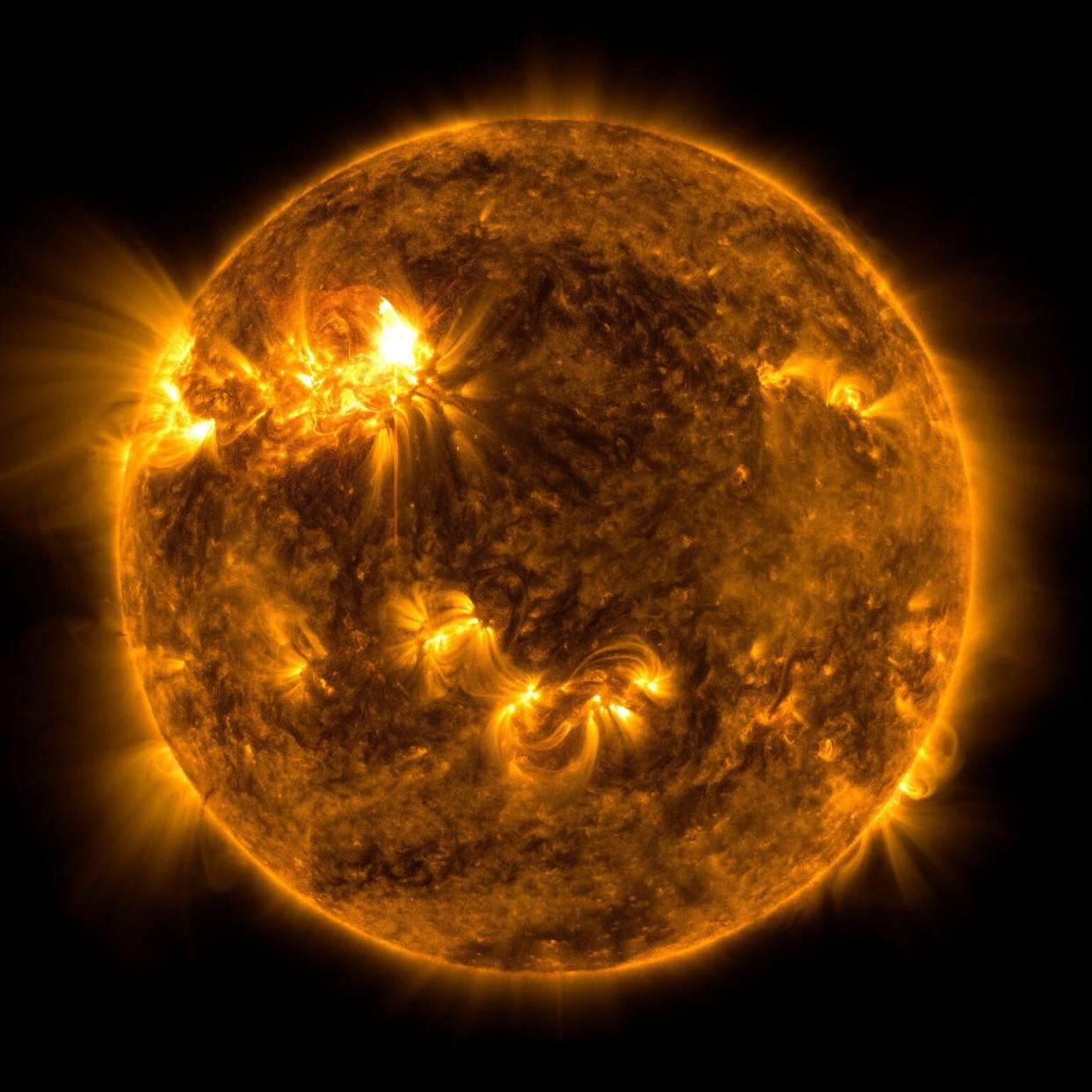 The Sun may be over 90 million miles away from Earth, but that's not stopping researchers from catching every rare activity taking place on this star in our solar system. Over the last week, the team at NASA's Solar Dynamics Observatory spotted the Sun heaving huge flares into outer space. The researchers noticed dozens of them over the course of a few hours.

A moderate-sized flare appeared during this intergalactic event, which peaked on April 20 at 9:59 p.m. EDT. NASA officials noted in a release that "solar flares are powerful bursts of energy. Flares and solar eruptions can impact radio communications, electric power grids, navigation signals, and pose risks to spacecraft and astronauts." Based on the activity happening out in the universe, the National Oceanic and Atmospheric Administration mentioned that auroras could take place over the next 24 hours.

Related: A Star Is Speeding Through the Milky Way at Nearly Two Million Miles an Hour

Researchers uncovered the most powerful flare to ever come in our midst just in the last few years. According to CNN, researchers published a study in The Astrophysical Journal Letters that detailed the impact of Proxima Centauri, our Sun's closest star (which is located 25 trillion miles away), which unleashed a historic flare back in May 1, 2019. "The star went from normal to 14,000 times brighter when seen in ultraviolet wavelengths over the span of a few seconds," Meredith MacGregor, a study author and assistant professor at the University of Colorado Boulder, shared in a statement, adding that it only lasted 7 seconds.

The team used five telescopes on the ground and in outer space to spot the flare, which was 100 times stronger than any that have come from the Sun. It occurred because a small red dwarf star (about 1/8 the size of the Sun's mass) had a shift in its magnetic field, causing electrons to speed up and create even more light. An eruption of energy, including radio waves and gamma rays, happened as a result. "Proxima Centauri is of similar age to the Sun, so it's been blasting its planets with high energy flares for billions of years," Alycia Weinberger, study coauthor and staff scientist at the Carnegie Institution for Science, said in a statement. "Studying these extreme flares with multiple observatories lets us understand what its planets have endured and how they might have changed."