A gang of armed robbers used sledgehammers to smash up a jewellers before fleeing with hundreds of thousands of pounds worth of precious gold and diamonds.

Police have now launched a manhunt for the suspects who made off with high-end jewellery in carrier bags, making their getaway on foot before jumping in a BMW with false number plates. 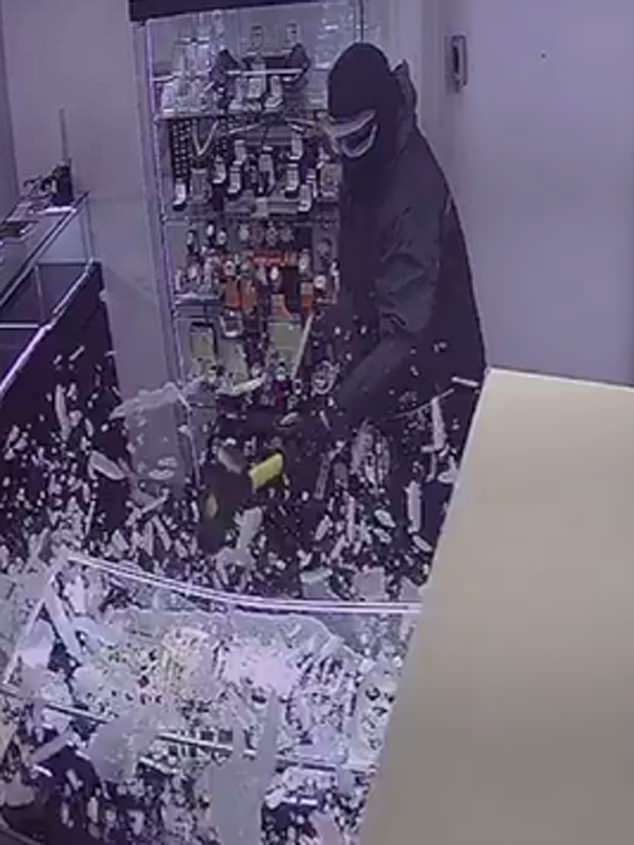 Footage shows the gang raiding the store just after 10.30am on August 23, using weapons to break into displays before ramming jewellery into large carrier bags.

A terrified member of staff looks on as the men violently ransack the premises around her.

Within a few moments, they fled with hundreds of thousands of pounds of gold and diamonds, on foot and then in a blue BMW, which was on the false number plates BW16 XSZ.

The getaway car, had been was stolen three days before, was discovered a short time later by officers in Highgate, where an attempt was made to burn it.

Police have now released footage of the incident as they appeal for witnesses to come forward. 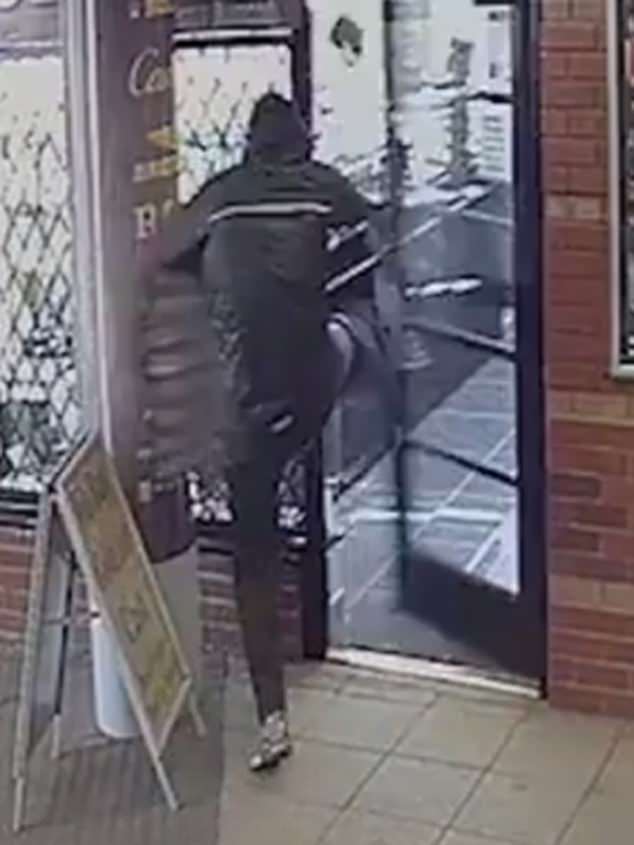 Detective Constable David Wilson said: ‘A substantial amount of high end jewellery was taken from the store and someone will know who is responsible.

‘We’re interested in hearing from those people and anybody else who can offer any information on other aspects of the robbery.’

Investigators are keen to work out where the jewellery was taken, where it was stored or who it has been sold on to.

They are keen on any information on the BMW X3 involved in the offence and to hear from anyone who can recall somebody they know with an unusual amount of jewellery.