THOUSANDS of people have been evacuated after the Nyiragongo volcano erupted and fumes turned the sky read in apocalyptic scenes.

The government of the Democratic Republic of the Congo ordered the mass evacuation from the eastern city of Goma on Saturday following the eruption. 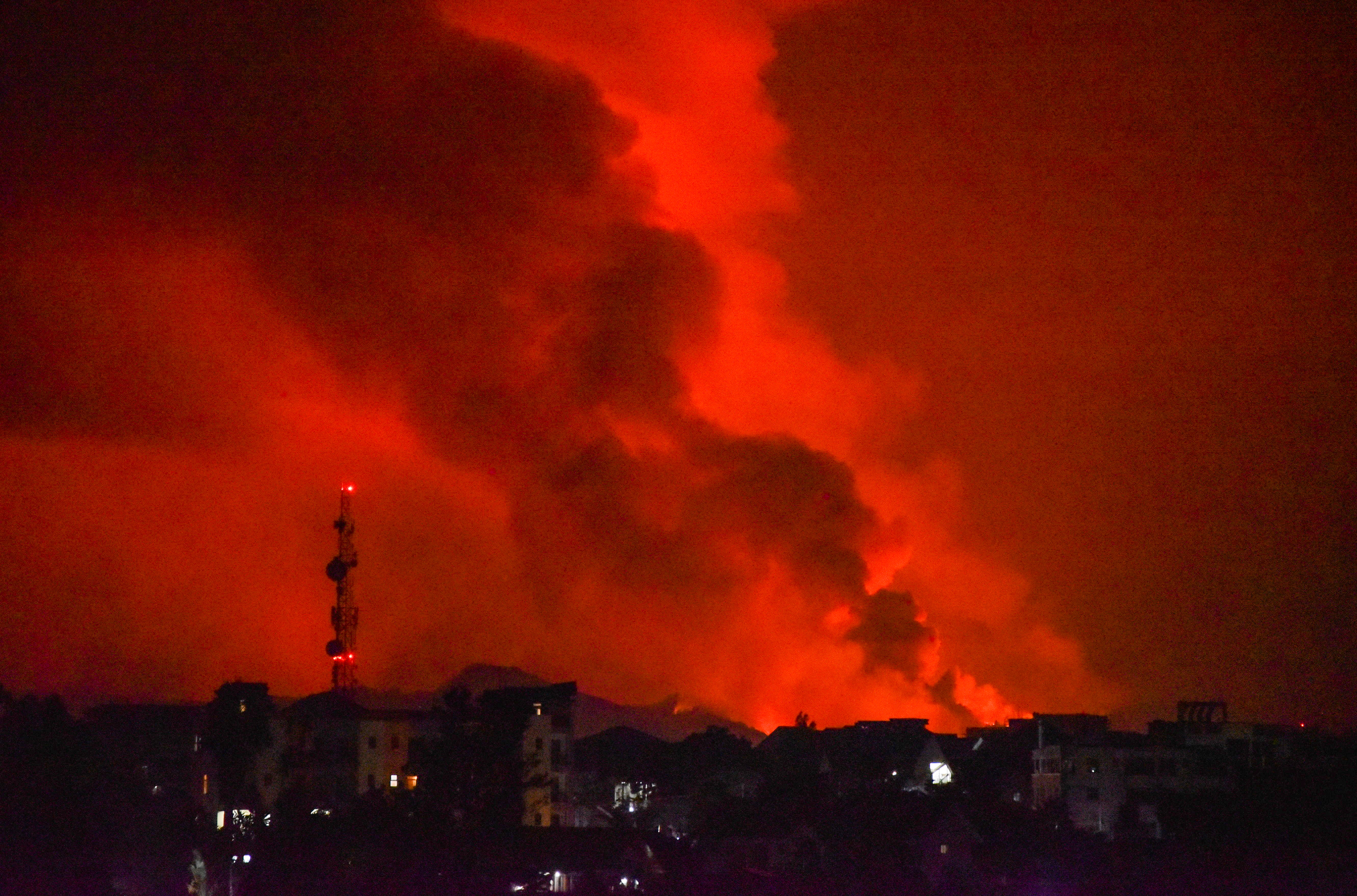 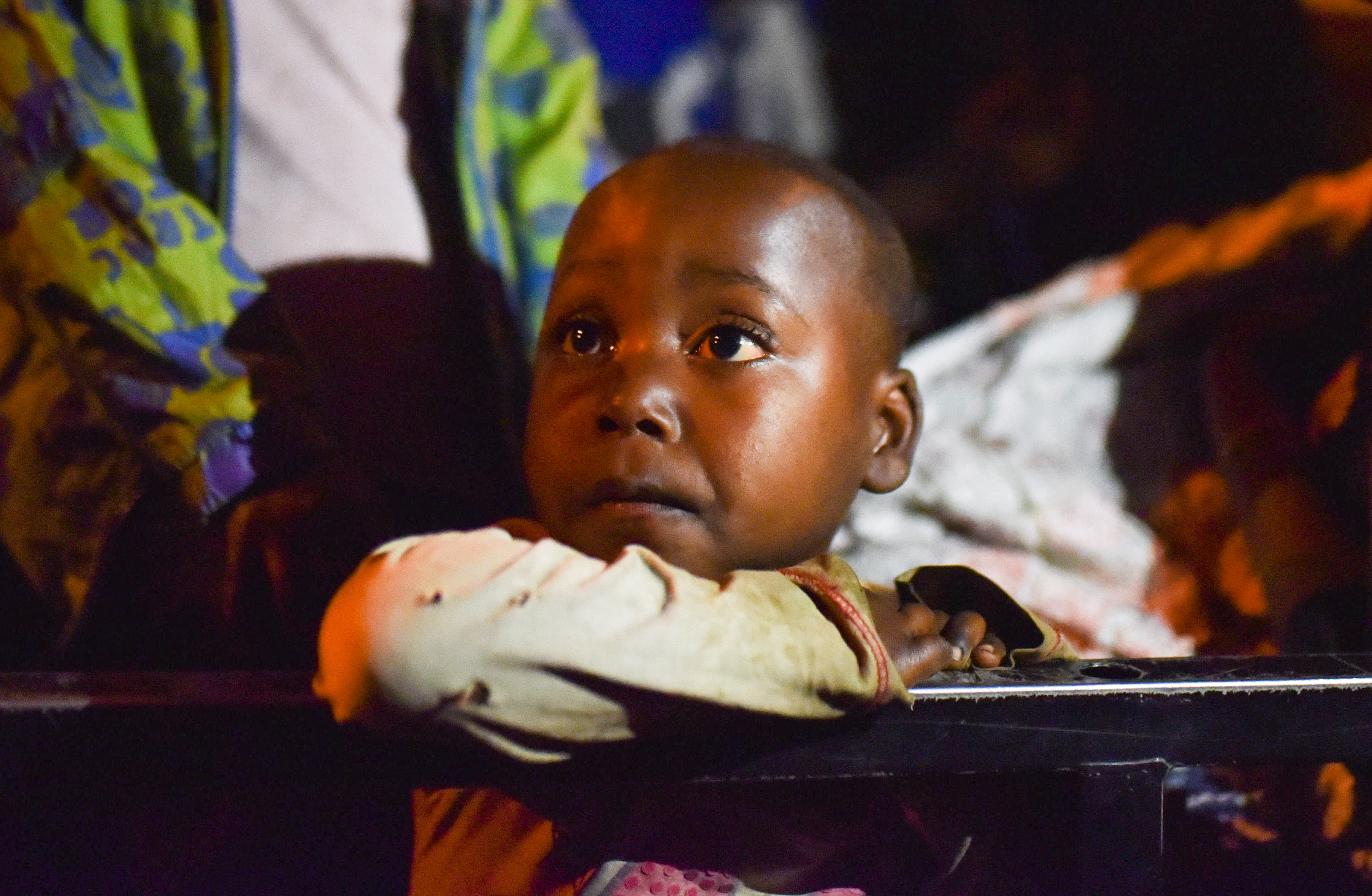 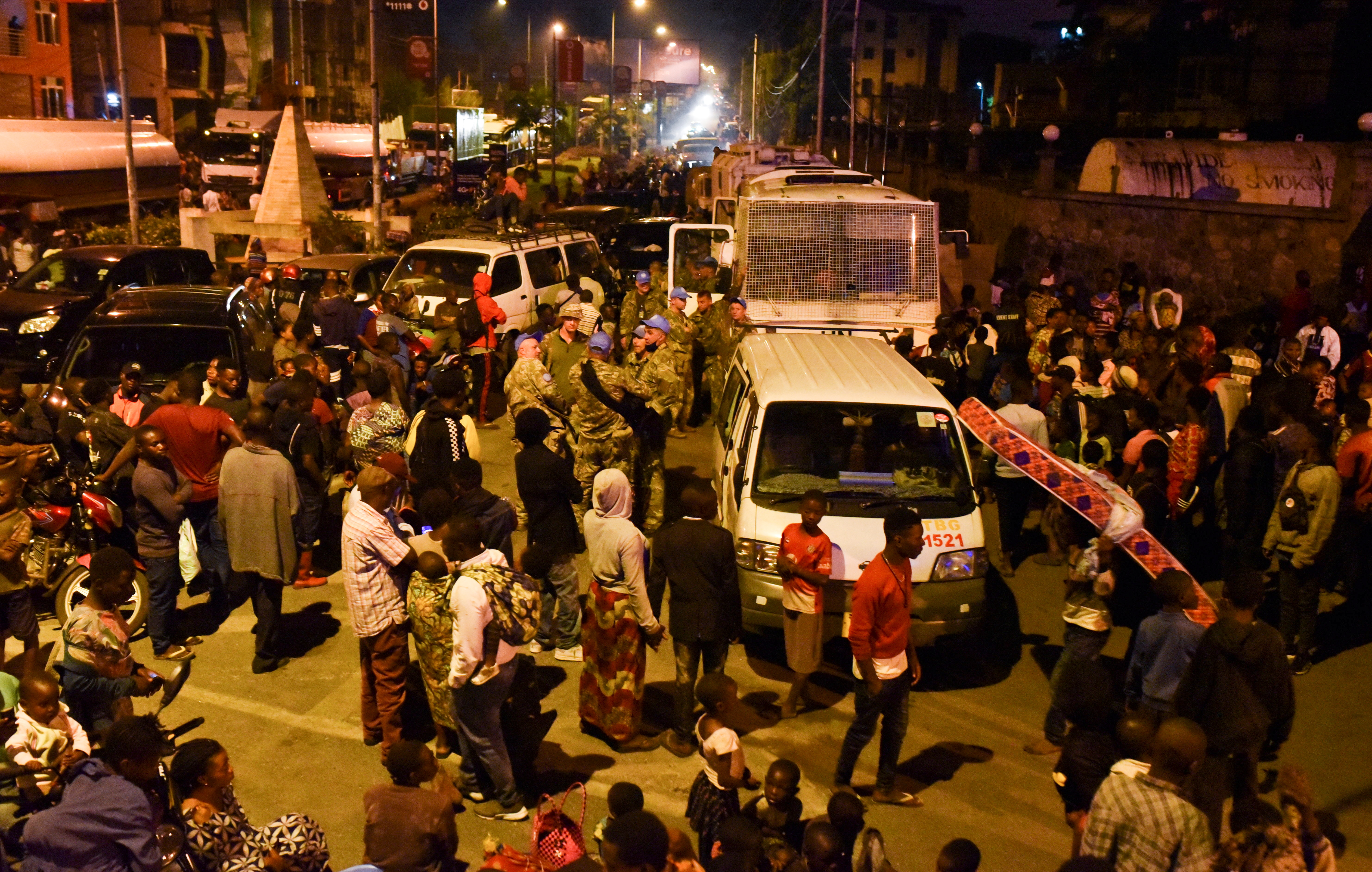 Even before the official announcement, thousands of people had started filling the streets and carrying what they could as they headed out of the city, which has already suffered from previous eruptions.

But later Saturday, Communications Minister Patrick Muyaya tweeted: "The evacuation plan for the city of #Goma has been activated.

"The government is discussing the urgent measures to take at present," he added.

The evacuation plan was activated after an emergency meeting of the government to discuss the situation, said the minister.

The first departures from the city came earlier Saturday even before the official confirmation that Mount Nyiragongo had erupted, spewing red fumes into the night sky. 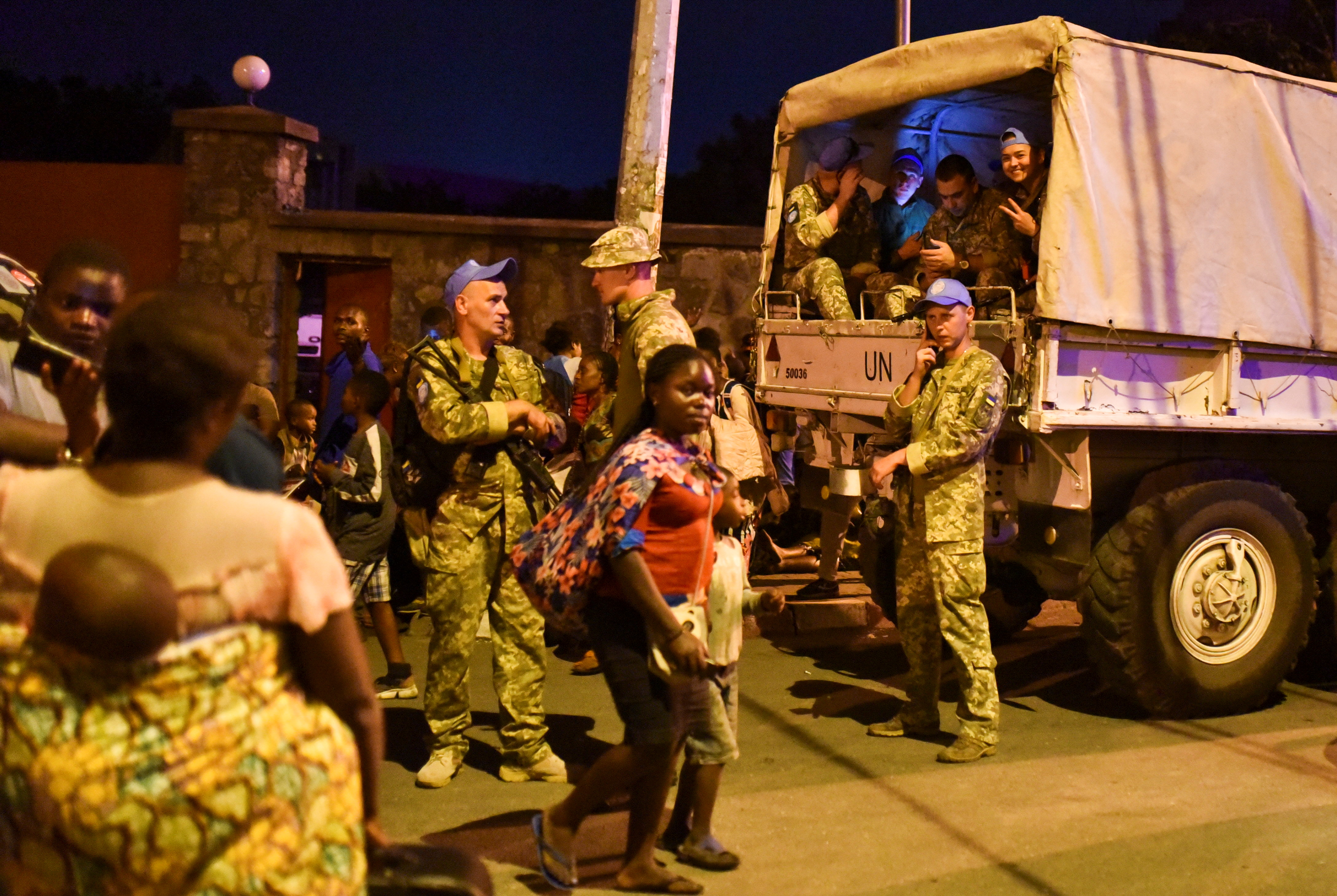 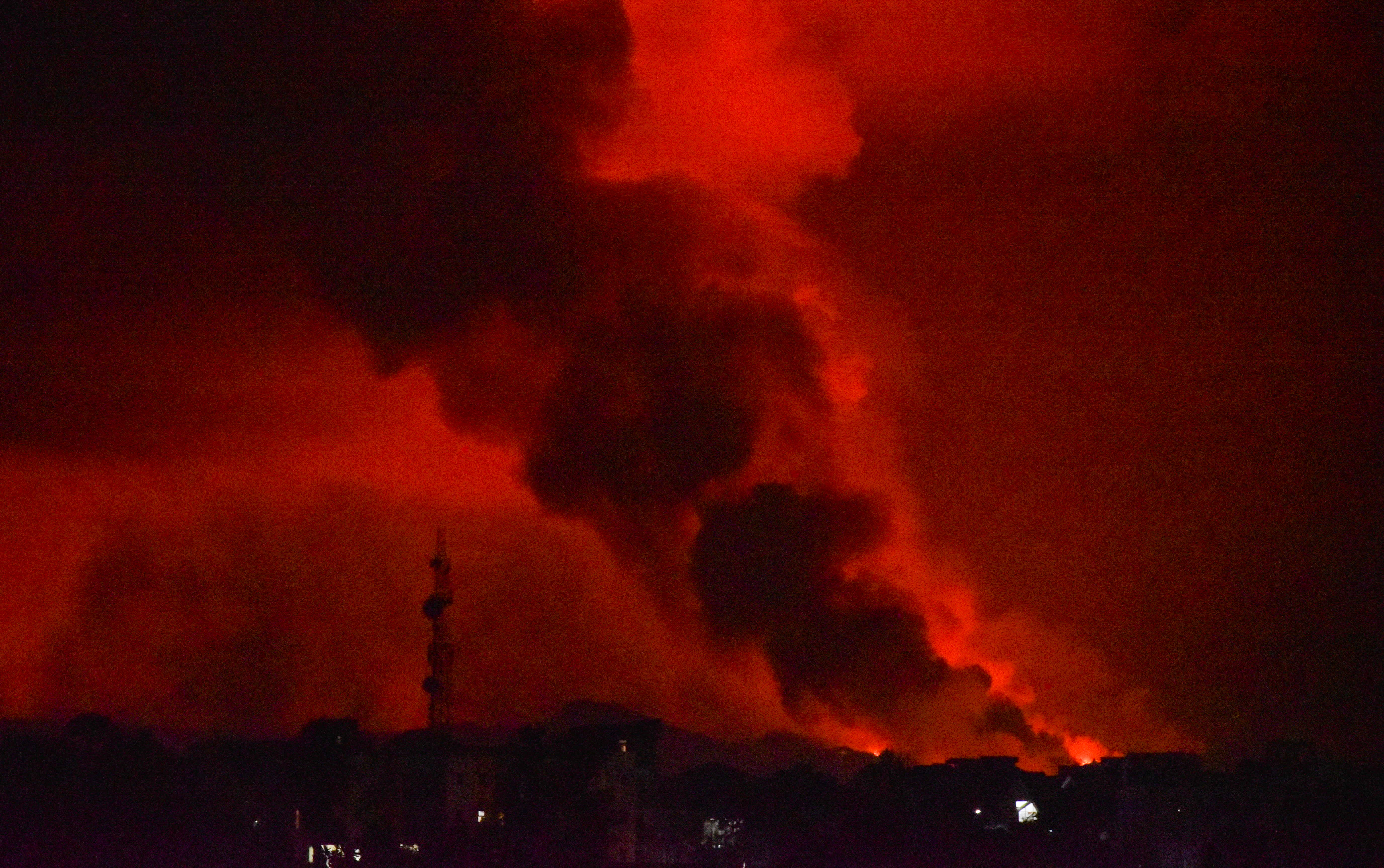 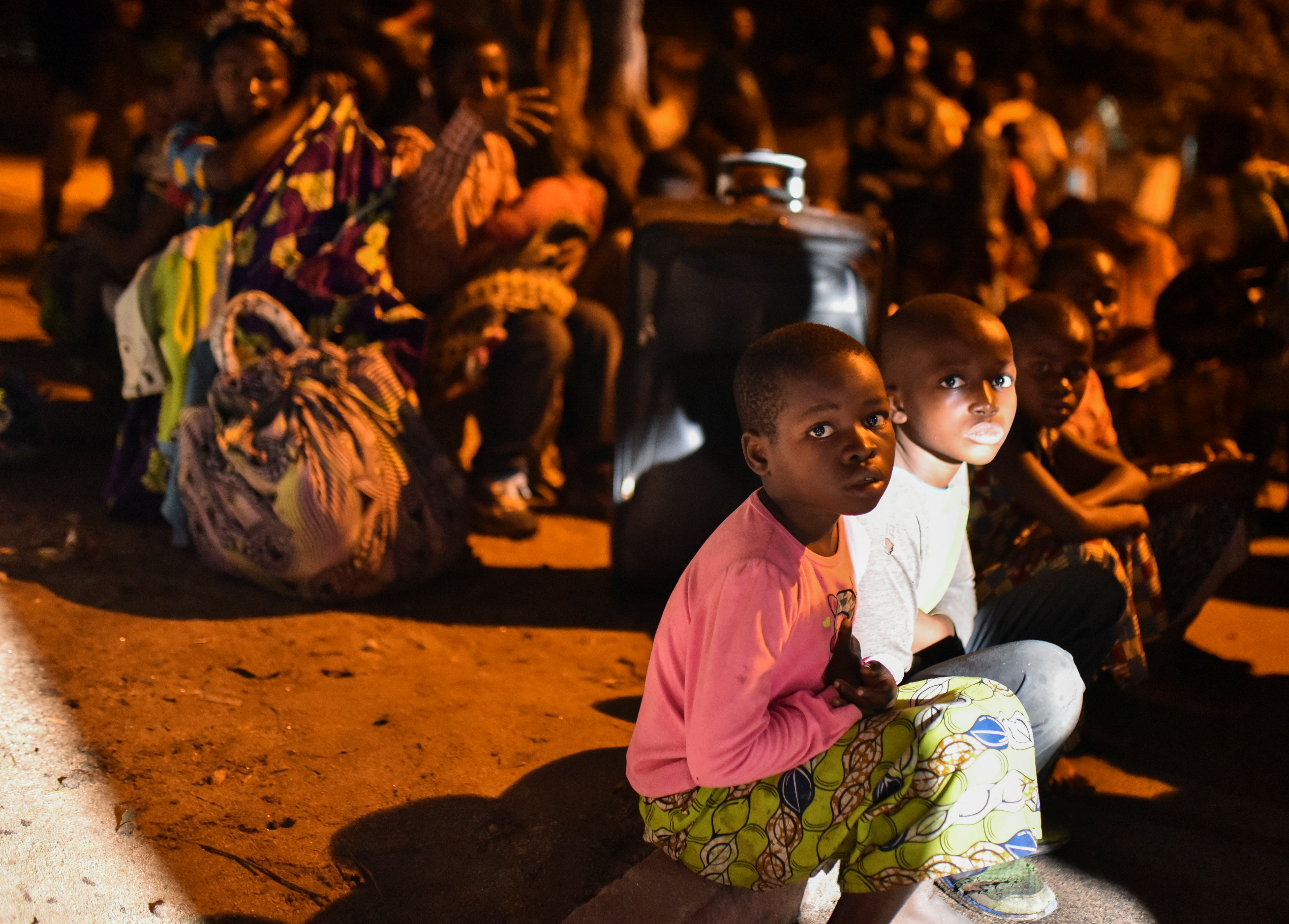 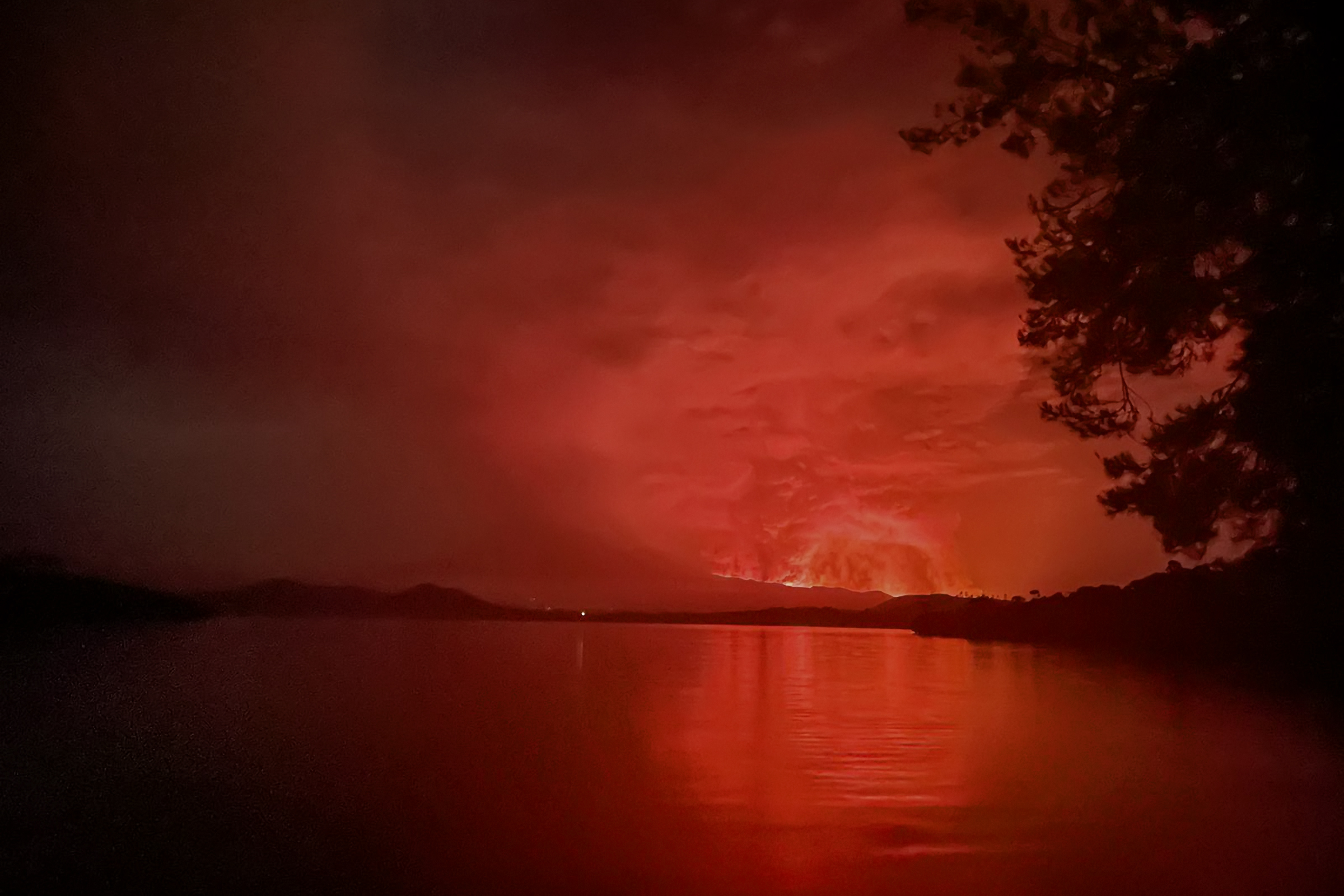 Residents reported the smell of sulphur in the air and watched as the sky turned red.

The military governor of North Kivu province, of which Goma is capital, "confirmed the eruption of the Nyiragongo volcano … at around 7:00 pm" while appealing for calm.

"Investigations are underway and people must follow the guidance of civil protection" units, General Constant Ndima said on local radio.

The UN mission to DR Congo sent a helicopter "above the zone and confirmed the eruption", according to an internal note seen by AFP.

"However the lava is flowing towards Rwanda. The city of Goma and its environs are safe," said the mission, known by its French acronym MONUSCO, which has bases in Goma.

Power was already cut in large parts of the city when hundreds of residents began leaving their homes. 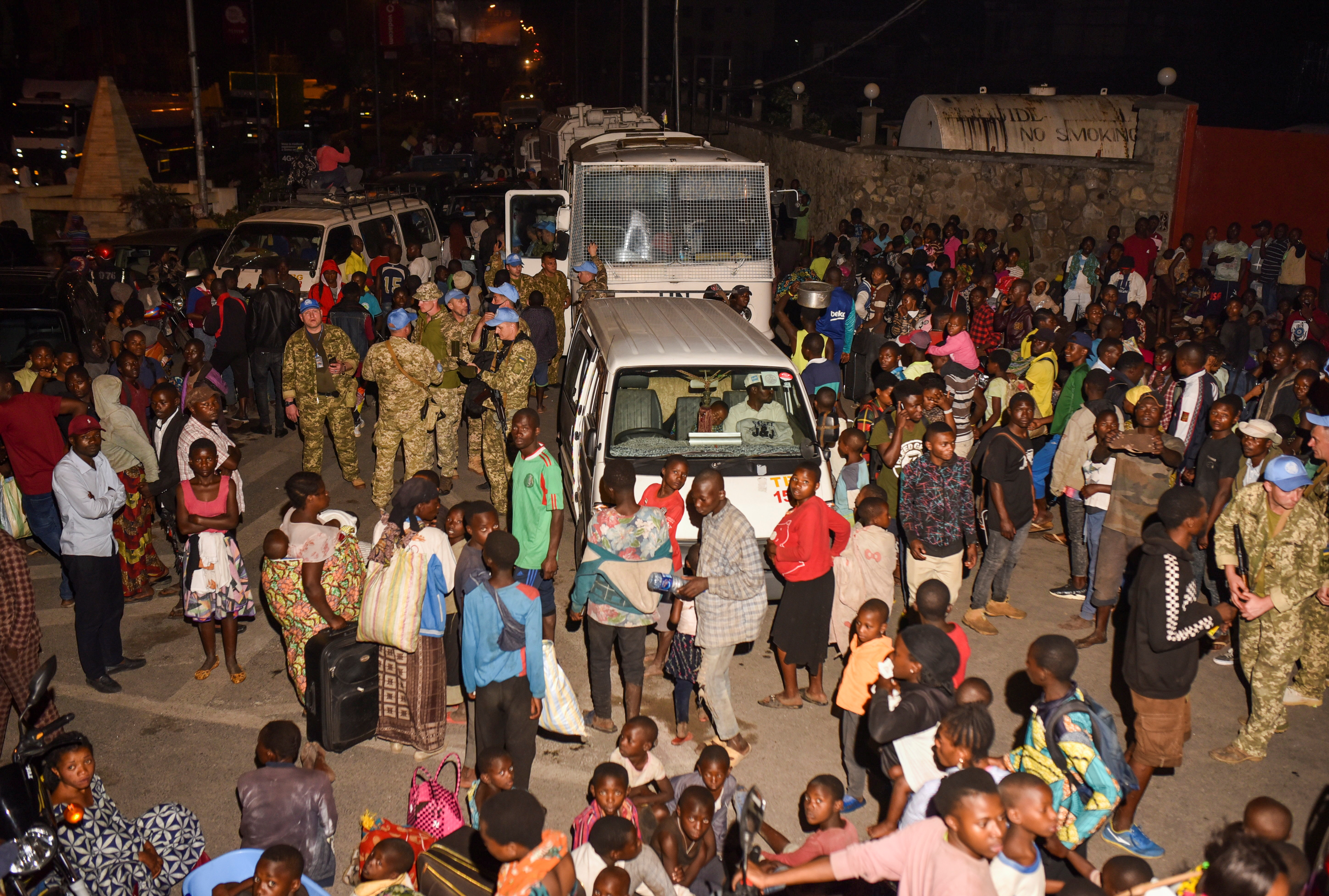 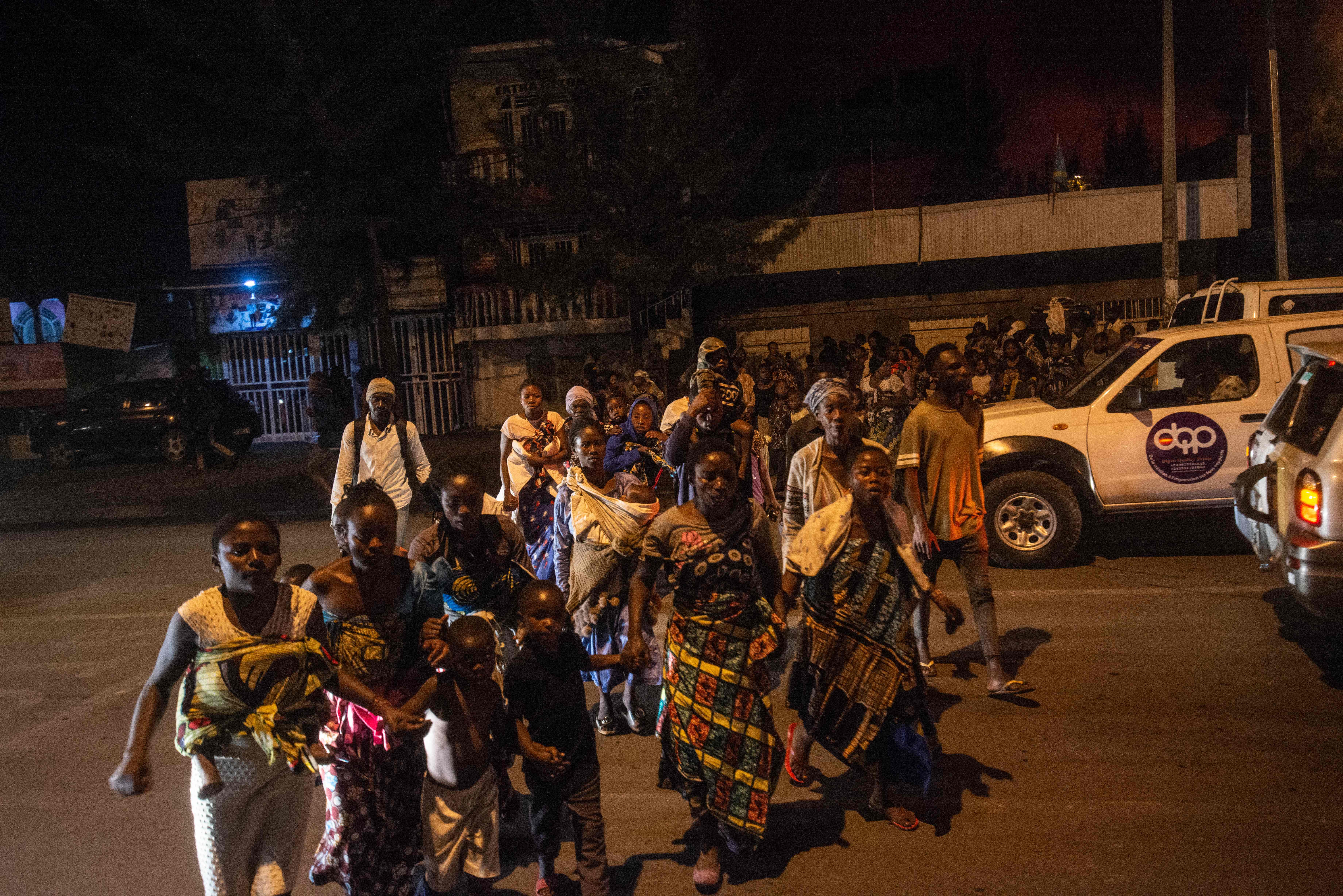 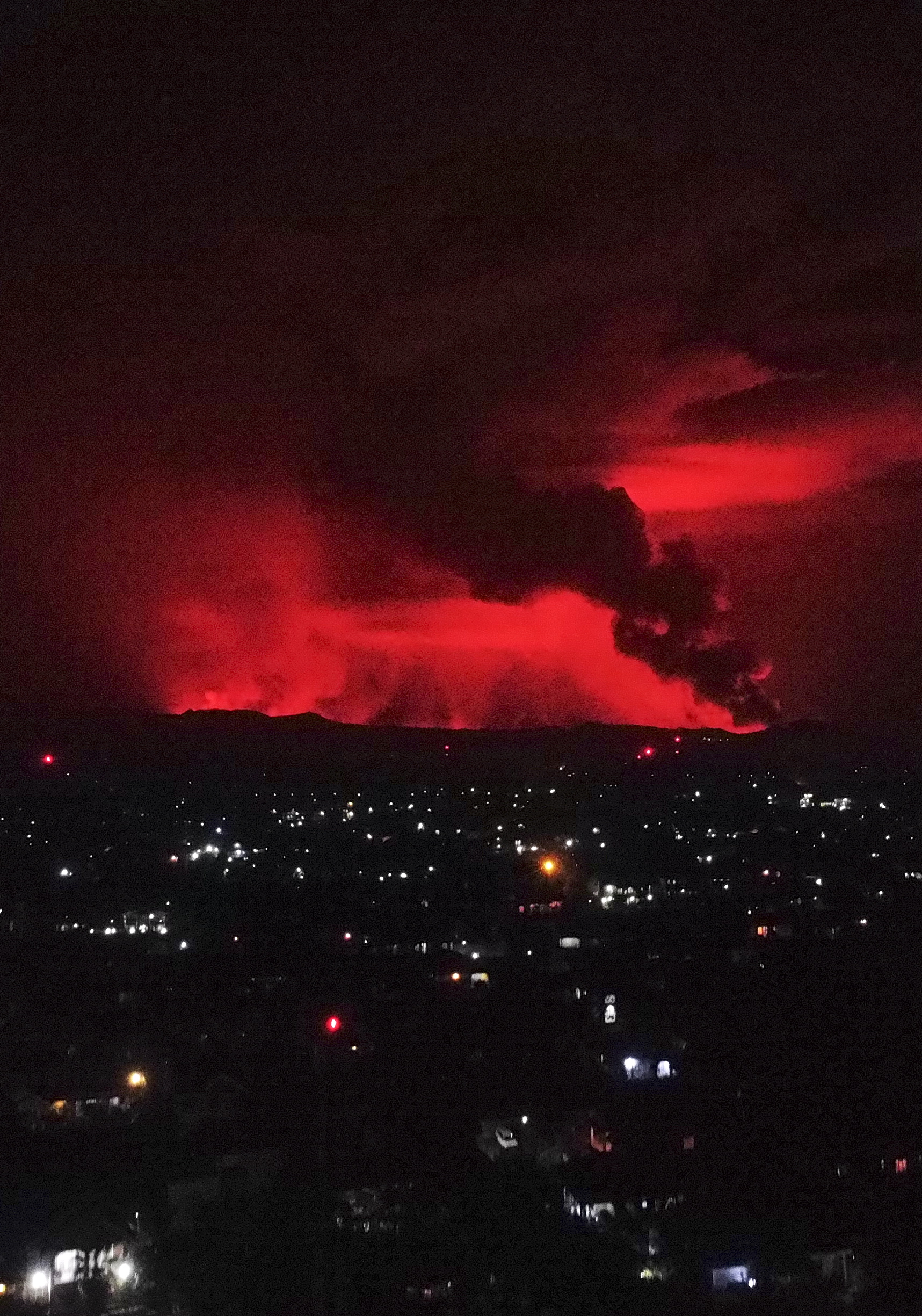 Some headed out of the southern end of the city towards the nearby border post with Rwanda, while others headed west towards Sake, in the neighbouring Congolese region of Masisi.

"The sky has turned red," one resident, Carine Mbala, told AFP by telephone.

"There is a smell of sulphur. In the distance you can see giant flames coming out of the mountain.

"But there has not been any earthquake," she added.

"People are leaving or preparing to leave," another resident told AFP, as the streets began filling up, some carrying as many of their belongings as they could.

"I am taking the children and getting into the car. There is a risk that the lava will flow on Goma — you never know," another said.

Another Goma resident said two aircraft had taken off from Goma's airport that evening, when normally there are no night-time flights.

Before long, the streets were filled with people in cars, on motorbikes or on foot, heading out of the city.

"Everyone in the city knows what to do when there is an eruption," said Joseph Makundi, civil protection coordinator for the North Kivu region, speaking on local radio. "You mustn't panic." 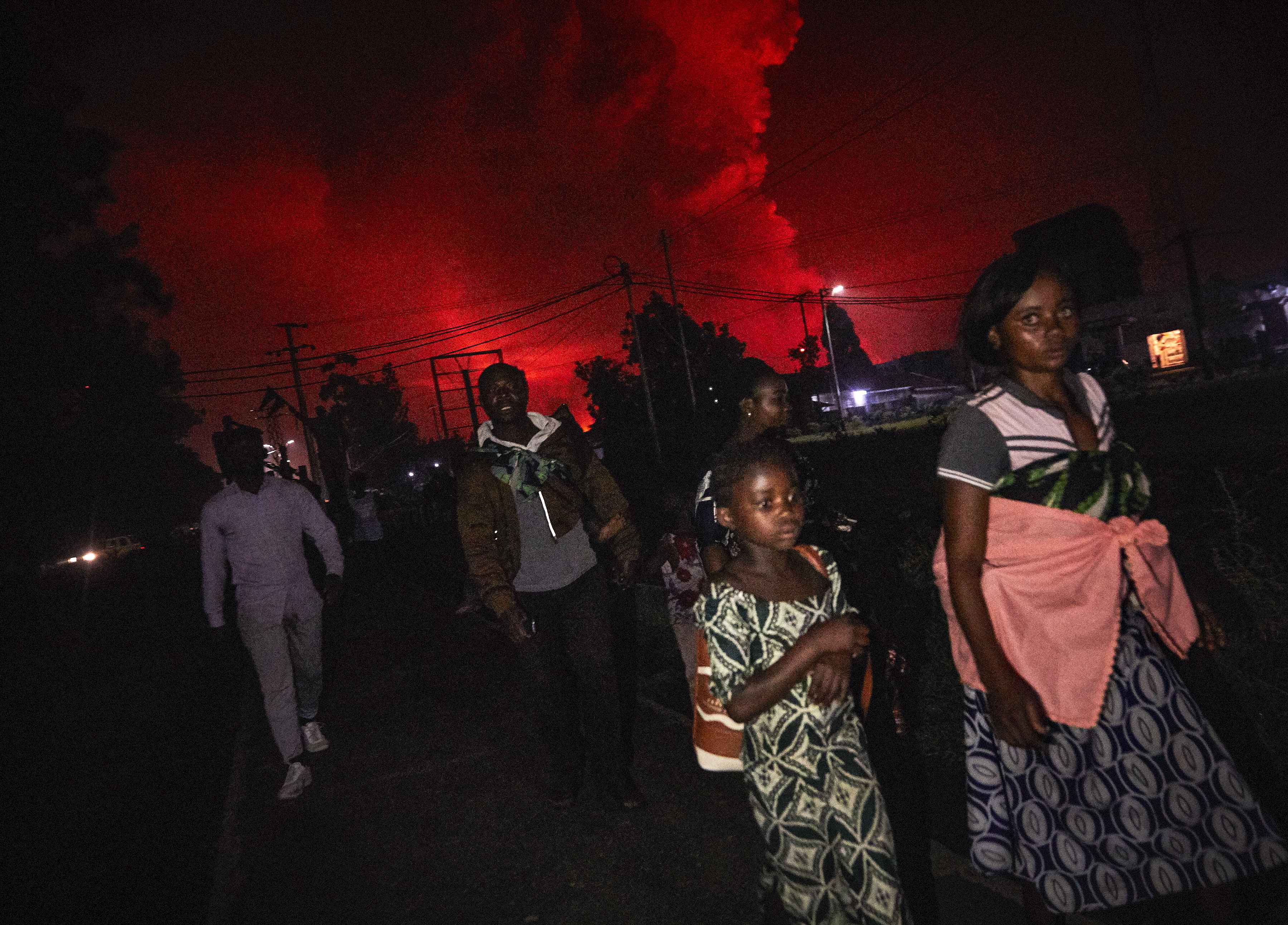 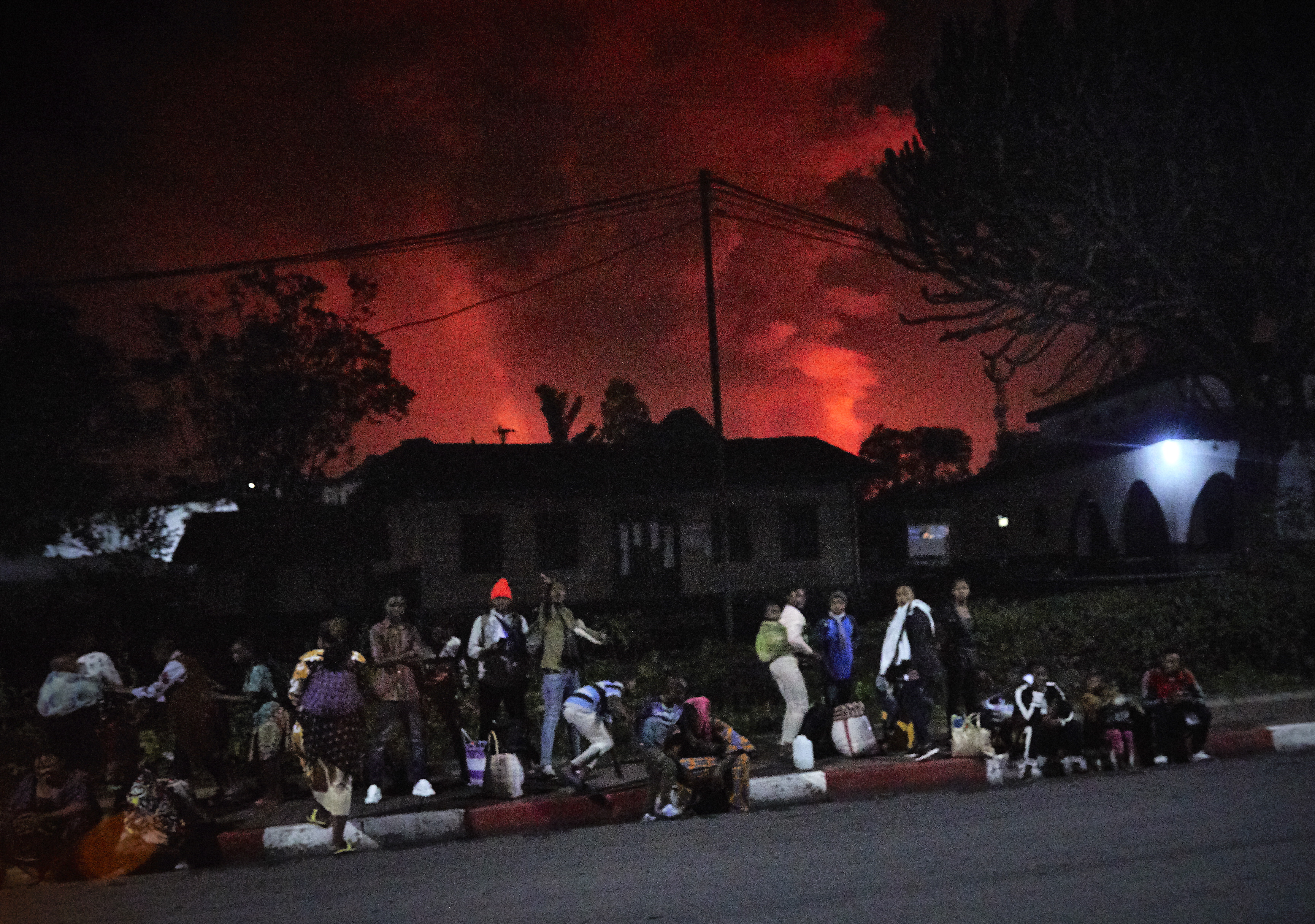 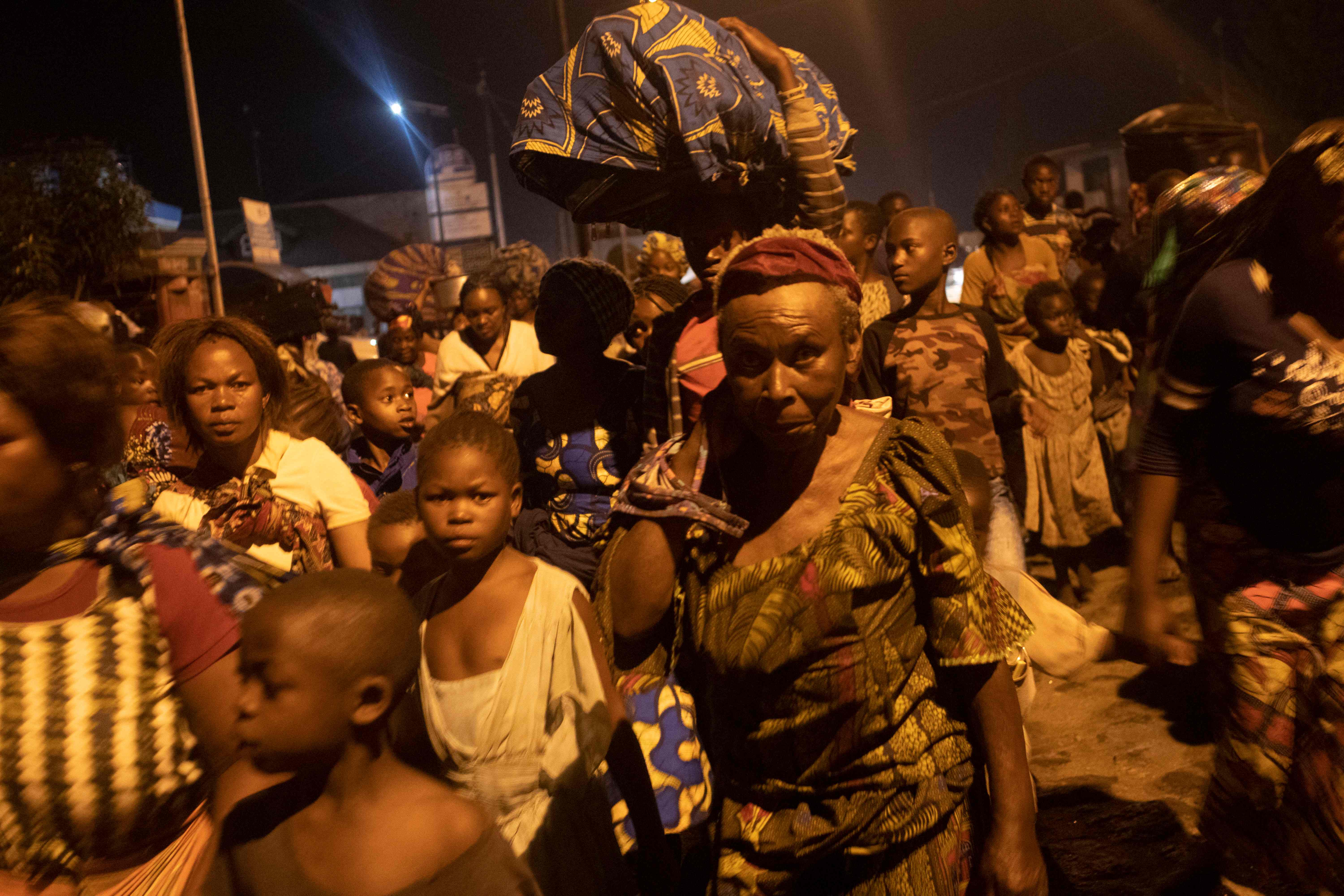 "Mothers should gather their children together and take necessary items such as key documents including identity cards and diplomas and food for the journey," he added.

For the moment, there is no sign of a flow of lava from the city, an AFP correspondent said.

In a May 10 report, the Goma Vulcanology Observatory warned that seismic activity around the volcano had increased and warranted careful monitoring.

On Saturday the Observatory was monitoring the direction of the lava flow, and said that for the moment it was heading towards Rwanda.

The last time Nyiragongo erupted was January 17, 2002, killing more than a hundred people and covering almost all of the eastern part of Goma with lava, including half of the airport's landing strip.

Hundreds of thousands fled the city.

The Goma region, which lies in North Kivu province, bordering Rwanda and Uganda, has six volcanoes, all higher than 3,000 metres.