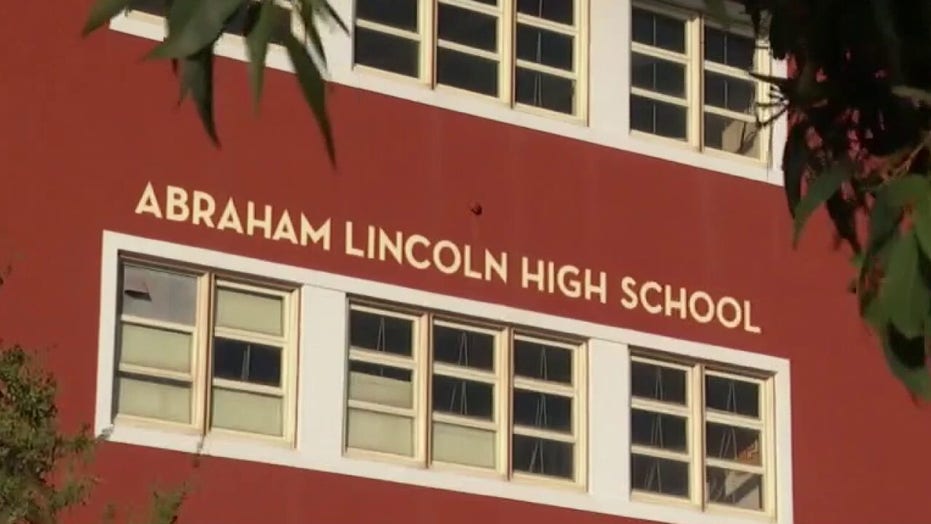 Thousands of people have signed a petition opposing San Francisco’s move to rename schools in an attempt to “dismantle symbols of racism and white supremacy culture.”

The petition has garnered more than 10,000 signatures as of Friday after the San Francisco Board of Education voted Tuesday to change the namesakes of 44 public schools ranging from former Presidents Abraham Lincoln and George Washington to current California Democratic Sen. Dianne Feinstein.

“As parents/constituents, we strongly disagree with this decision,” the authors of the petition wrote. “When schools are still yet to open and SFUSD has not come up with an effective plan for remote learning, we believe that renaming schools is the wrong priority.” 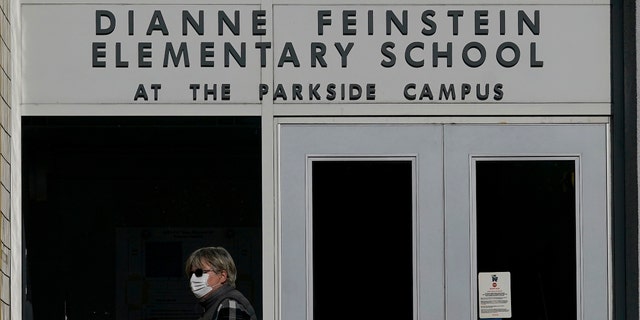 A pedestrian walks below a sign for Dianne Feinstein Elementary School in San Francisco on Dec. 17, 2020. (AP Photo/Jeff Chiu)

The authors also noted that the effort would cost about $10,000 per school, as The New York Times first reported.

The wording in the petition reflects similar concerns from San Francisco Mayor London Breed. The mayor, who is Black, called the move poorly timed given the coronavirus pandemic that has kept the city’s schools closed since March.

“Our students are suffering, and we should be talking about getting them in classrooms, getting them mental health support and getting them the resources they need in this challenging time,” Breed said, adding that she supports the discussion of renaming schools but feels it should include parents, students and others and take place when classrooms reopen.

The SFUSD’s committee to rename schools, created in 2018, reviewed campuses named for people who were slave owners or had connections to slavery, colonization, exploitation of workers or others, and anyone who oppressed women, children, queer or transgender people. 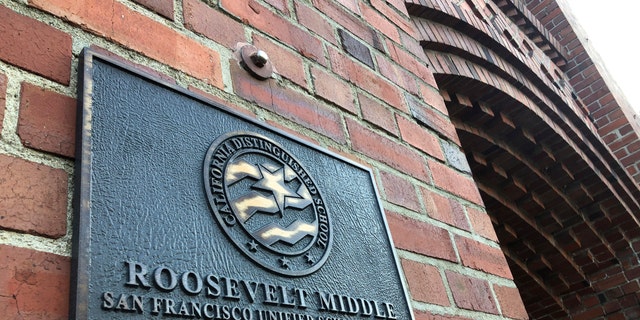 A plaque for Roosevelt Middle School is seen outside the school in San Francisco, on Wednesday, Jan. 27, 2021. (AP Photo/Haven Daley)

The committee also sought to change names of schools that honored anyone connected to human rights or environmental abuses or espoused racist or white supremacist beliefs.

“This is an opportunity for our students to learn about the history of our school’s names, including the potential new ones,” SFUSD Board President Gabriela López said in a Wednesday statement.

VIRGINIA PARENT BOILS OVER IN FRUSTRATION AGAINST SCHOOL SHUTDOWN: VIDEO

He continued: “This resolution came to the school board in the wake of the attacks in Charlottesville, and we are working alongside the rest of the country to dismantle symbols of racism and white supremacy culture.”

Lopez said the schools have until April to suggest new names, which the board will vote on, and the actual renaming “could take a couple of years.”