Anyone want a game of PLONKERS? Adorable moment three-year-old gets tongue-tied as she goes hunting for horse chestnuts

A mother has shared an adorable video of her three-year-old getting tongue-tied while out searching for conkers – calling them ‘plonkers’.

The footage shows Ashleigh Godfrey, three, out in the woods near her home in Louth, Lincolnshire, enjoying the autumn weather with her mother Karen Godfrey, 49.

Karen, who works in transport management, said she began to film her youngest daughter after realising Ashleigh thought conkers were called ‘plonkers’. 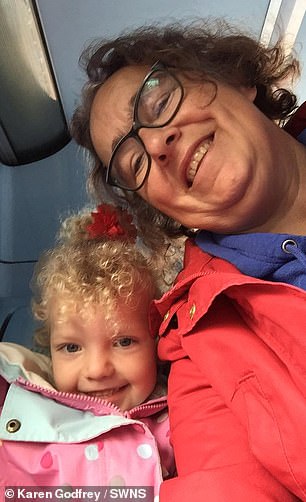 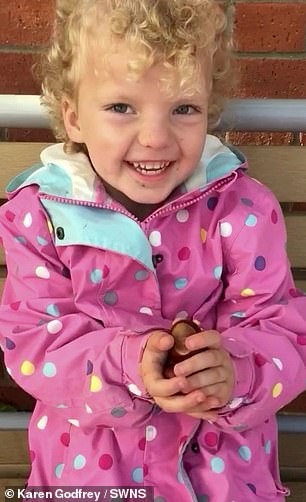 Mother Karen says she whipped out her camera to record the cute moment so Ashleigh’s dad, Gavin, could hear the mix-up, as the two collected conkers in the woods near their home in Louth, Lincolnshire 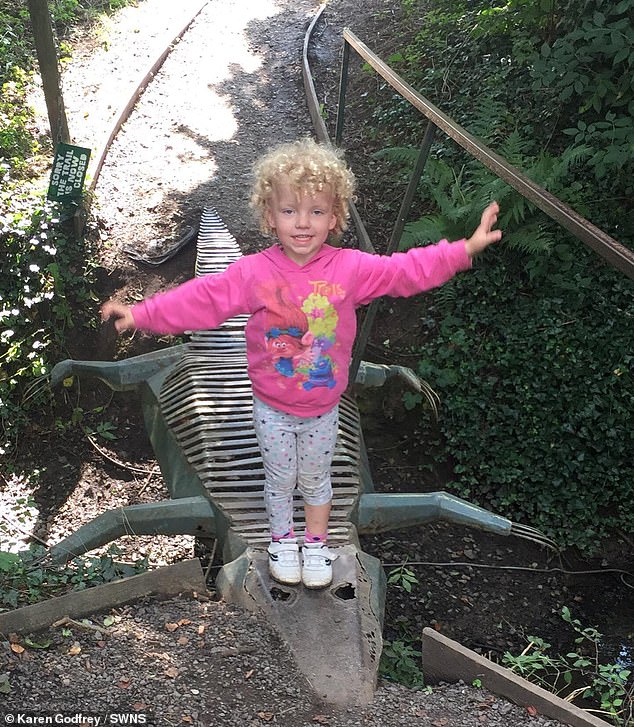 Little Ashleigh balances playfully on a metal alligator in a park 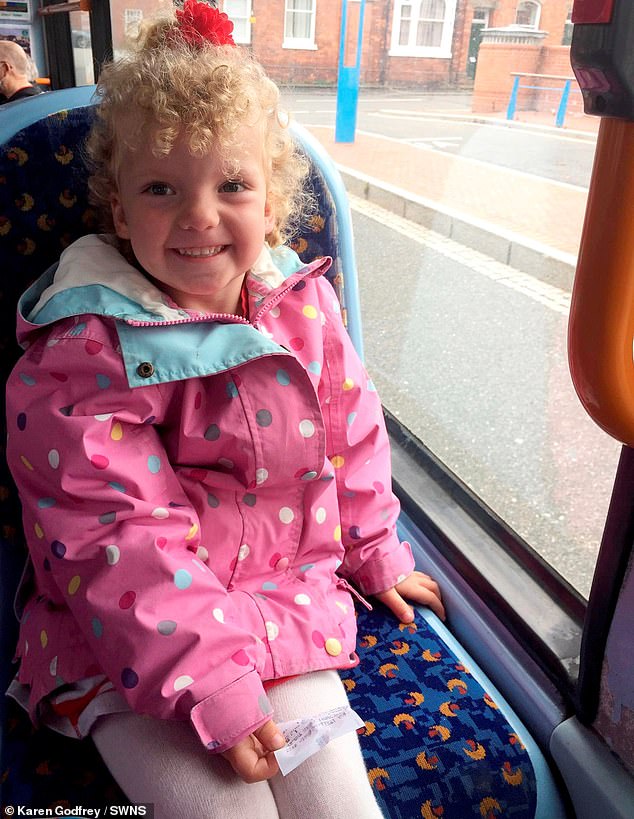 Three-year-old Ashleigh Godfrey on the bus with her mother Karen, 49, on their way to look for more conkers

The pair were out in the woods nearby their home on October 1, and Karen wanted to show the adorable blunder to Ashleigh’s father, Gavin Godfrey, 40.

Curly-haired cutie Ashleigh proudly tells the camera: ‘I found some plonkers from a bus stop near somebody else’s house.’

Ashleigh then holds out her ‘plonker’ haul and confidently repeats ‘plonkers’ after Karen questioned what she called them.

Karen said: ‘Ashleigh just gets her words mixed up – and I wanted to show Gavin.

‘She’s probably heard me calling her dad a ‘plonker’ before, then mixed the two words.

‘Every time we catch the bus home from dropping her older sister at school, we go and and look for some more ‘plonkers’ to add to Ashleigh’s collection.

‘I don’t actually have the heart to tell her that’s not what they’re called.

‘They will forever be known as plonkers in our family now!’