Time to go! Merkel given ‘kiss of death’ as pleas grow for her to resign to SAVE Germany

Ms Kramp-Karrenbauer was handpicked by Ms Merkel to replace her as party leader in 2018, while she continued in her role as Chancellor until the next elections in 2021. The expectation was that Ms Kramp-Karrenbauer would then succeed Ms Merkel as Chancellor in 2021 However, last week she quit her job as party chairwoman after CDU politicians in the eastern state of Thuriningia defied her orders and voted with politicians from Germany’s far-right party, Alternative for Germany (AfD), to oust the state’s popular premier, Bodo Ramelow.

In her resignation announcement, Ms Kramp-Karrenbauer took a parting shot at Ms Merkel, claiming that by separating the roles of party leader and chancellor, she had “weakened” the CDU.

The departing party boss clearly believes that Ms Merkel’s insistence on serving out her full term as Chancellor had undermined her ability to stamp her authority on the party.

Andreas Rödder, a historian at Mainz University, told German radio that Ms Kramp-Karrenbauer’s remarks amounted to the “kiss of death” for the Chancellor.

It is a view that is shared by an increasing number of party officials. 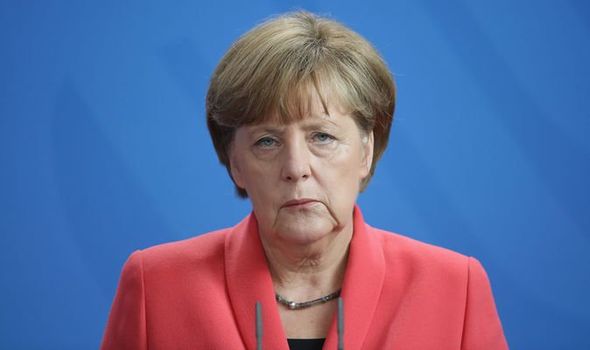 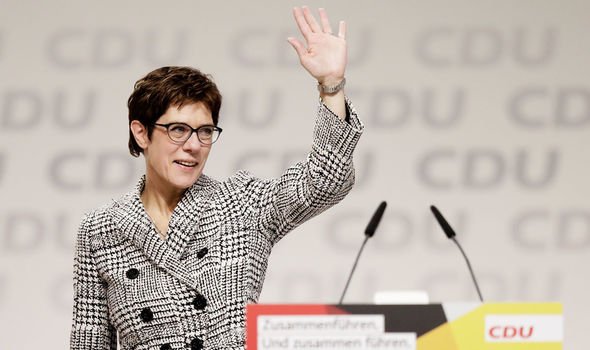 One senior Berlin official told the Financial Times: “Whoever succeeds her will not want to repeat the experiment of splitting the roles of party leader and chancellor.

“They will tell Merkel she can’t go on.”

Yet the Chancellor’s enemies will find it very difficult to push her into an early retirement.

An official explained: “The problem is that the German constitution doesn’t provide an easy way to get rid of a chancellor.”

JUST IN: Merkel drops the ball: Chancellor’s rival lashes out amid row 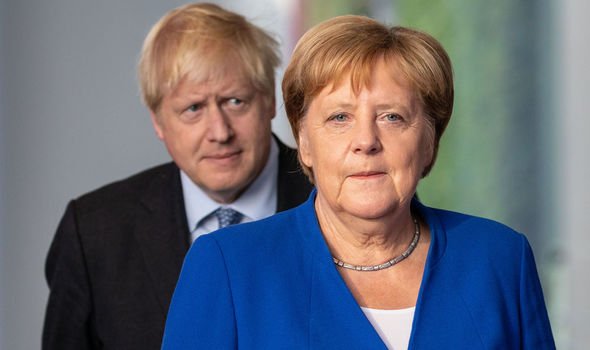 Theoretically, Ms Merkel could bring her reign to an end by tabling a vote of no confidence in herself in the German parliament, the Bundestag.

This though could play badly with the wider German voting public; two-thirds of voters say they are satisfied with her performance as Chancellor.

This comes as a poll carried out last week for the German media outlets RTL and n-tv, show Friedrich Merz is the favourite to succeed Ms Kramp-Karrenbauer as the new CDU head, with 27 percent of votes.

He leads Armin Laschet, the deputy chair of the CDU and Ms Merkel’s preferred choice, by as much as nine percentage points. 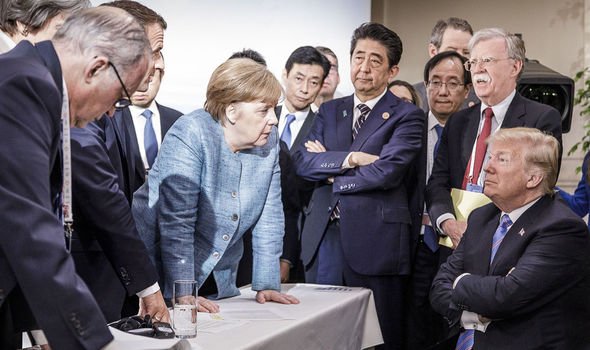 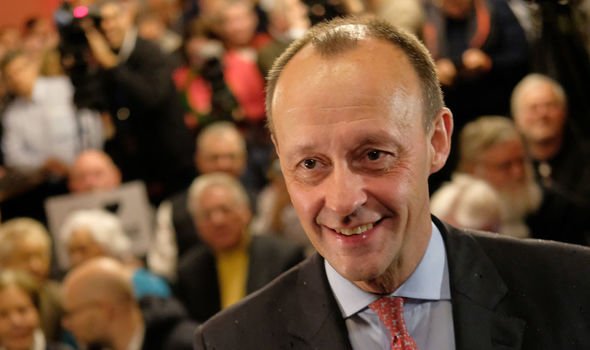 Mr Merz used to be the head of the CDU parliamentary faction, but was unceremoniously removed from his post in 2002 by Ms Merkel, igniting a long standing feud between the pair.

The 64-year-old lawyer has ever since been a fierce critic of the Chancellor, in particular of her policies on immigration.

He has been scathing in his criticism of the government’s policy to allow the “unregulated influx” of migrants, arguing that it has helped to fuel the rise of Alternative for Germany.

Mr Merz has suggested that it is time to alter the country’s Basic Law, which enshrines the right to asylum.

The new leader is expected to be in place by the end of the year, according to Ms Kramp-Karrenbauer.

She insisted that the the CDU would be “fit in terms of content, personnel and organisation” for the next federal elections in 2021. 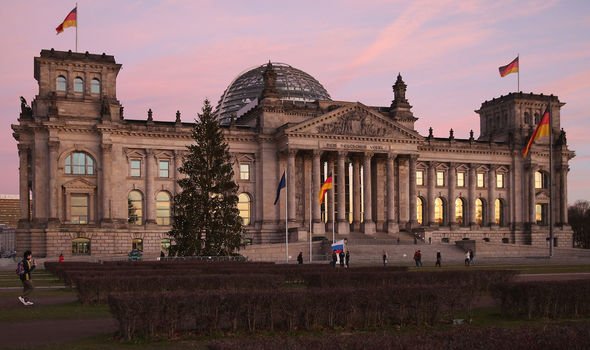 The party is facing the dilemma of to counter the growing popularity of the far-right AfD, which has taken millions of disgruntled conservative voters away from the CDU.

A heated debate is currently ongoing as to whether to enter talks with the AfD with a view to forming a coalition.

However, the first secretary of the CDU’s parliamentary group, Michael Grosse-Brömer, denied that his party was contemplating forming any political alliances with the AfD.