It dug its sharp teeth into her hand when she put it near the water tank in Guiyang, Guizhou province. 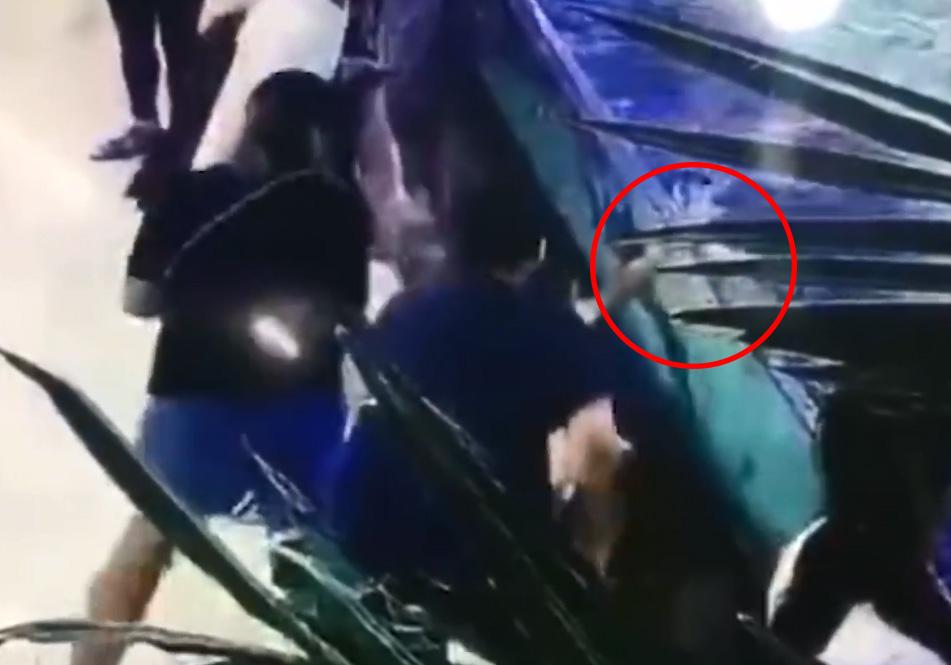 Grainy CCTV footage shows the five-year-old's grandma pulling her away as the shark swam away.

She was rushed to hospital where she was found to be suffering from nine individual bite wounds in her hand.

Dr Hong Xiao, from the Guizhou Orthopedics Hospital, said she had a two-inch laceration on the back of her index finger.

The bones in her index and little fingers were also fractured and she also had severe nerve and tendon damage. 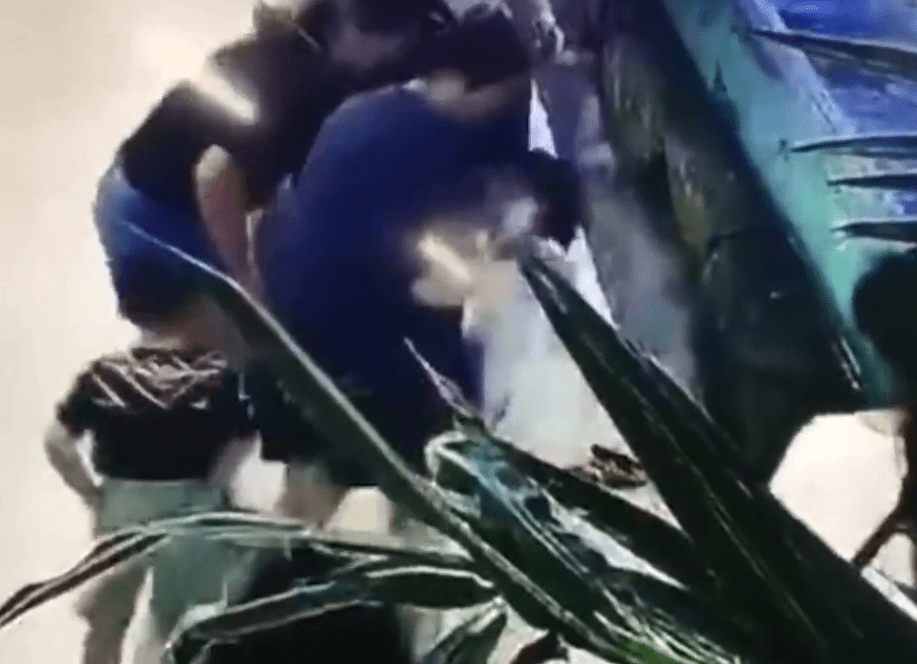 Her grandmother said: "She was just standing there and the shark jumped out of the water and bit her hand."

"Her bones and tendons – everything were left exposed."

A shopping centre spokesman claimed the shark attacked because the girl placed her hand into the water.

He said: "Our surveillance footage showed the girl touching the water’s surface, which is what caused [the shark to bite].

"Without touching the water, there was no possibility that the shark would leap out.

"The shopping centre has always had a shark and turtle tank, which has the required safety measures around it." Girl, 14, viewed content 'too disturbing for even an adult' on social media in the weeks before taking her own life