A new campaign from the Department of Transport meant to promote British maritime history has been blasted as ‘tone deaf’ after featuring ships used in the slave trade.

The tweet, which was posted on the 10th of September, read: ‘The UK has a long history with commercial shipping, reaching as far back as 1700’

The video has drawn criticism after being seen as willful ignorance to the role played by Britain in the slave trade.

Speaking to the Guardian, Historian and author Kim Wagner said: ‘This is what happens when the historical memory is limited to a narrative in which we simply abolished slavery – it is remarkably tone-deaf, never mind historically illiterate’

Another historian Vinita Damodaran said: ‘Trade significantly changed. The British ships were no longer carrying fine muslins and calico to Europe. The primary produce brought over was jute, cotton, the sorts of materials used in the emerging British industrial project.’ 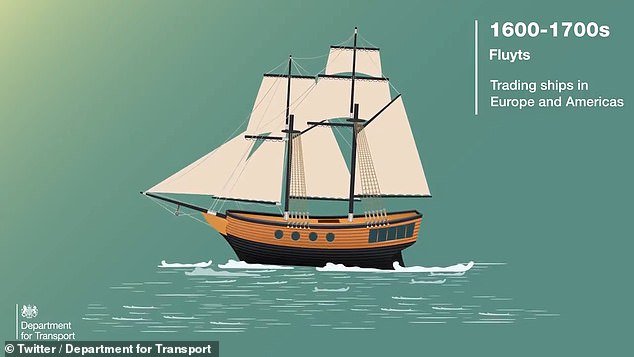 Fluyts (Dutch for Flute) were transport ships often used to carry cargo across vast distances, including humans for the booming slave trade of the 1600s 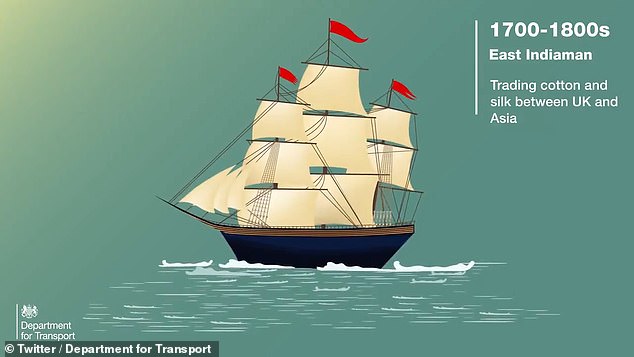 ‘East Indiaman’ was a general name for any sailing ship operating under charter or licence to any of the East India Companies, they were built to carry as much cargo as possible 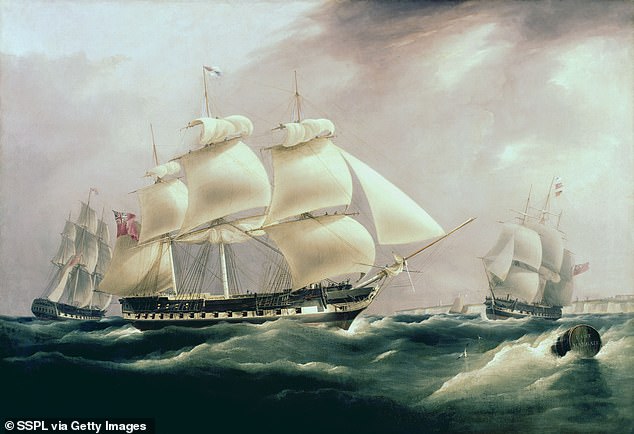 British Maritime trade was integral in supporting an island nation in the 1600s, just as it is today, with 95% of our trade coming by sea

A Department for Transport spokesperson said: ‘The slave trade was an abhorrent practice for which the British government has rightly apologised.

‘This tweet was intended to promote the future of Britain’s maritime sector, which accounts for 95% of British trade. Needless to say, we apologise if any offence has been caused.’

The tweet has not been taken down in light of the criticism.