Tories claw back ground with Boris's personal ratings up 13 POINTS

The Tories are clawing back ground on Labour as Boris Johnson oversees the response to the Ukraine crisis, according to a poll.

Research by Redfield & Wilton Strategies showed Keir Starmer’s lead has been trimmed from six points to three over the past week.

Meanwhile, the PM’s personal ratings have surged after plummeting amid the Partygate row.

Some 32 per cent said they approved of his performance, up by seven points from a week ago. And the proportion disapproving was down six points at 50 per cent.

The net rating of minus 18 is the best Mr Johnson has recorded since the start of the year. 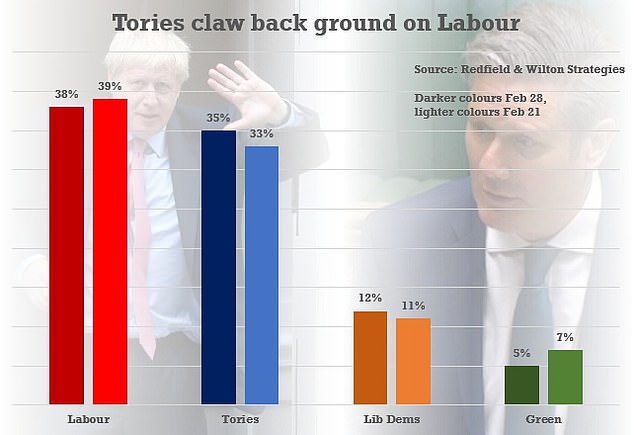 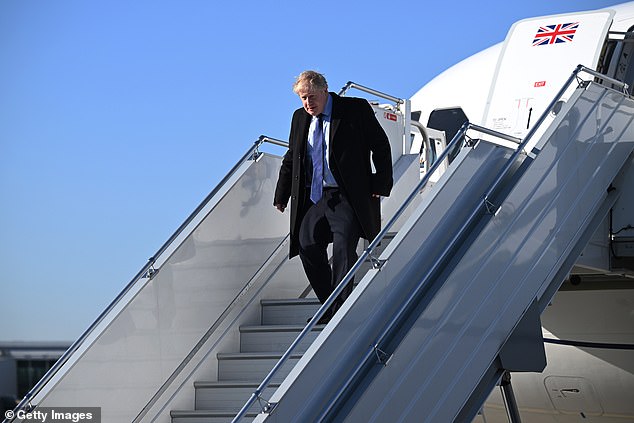 Mr Johnson has been playing a leading role coordinating the international response to Vladimir Putin’s invasion of Ukraine. The PM is pictured arriving in Poland today

The premier has been playing a leading role coordinating the international response to Vladimir Putin’s invasion of Ukraine.

He is visiting Poland and Ukraine today, and has been speaking almost daily to President Vlodymyr Zelensky.

Tough sanctions have been imposed on Russia, cutting off banks and sending the rouble into freefall.

The poll put Labour on 38 per cent – down one over the past week – while the Tories were up two on 35 per cent.

The gap has not been narrower between the main parties in a Redfield & Wilton poll this year.

It suggests the PM has been benefiting from his handling of the Ukraine crisis.

However, Mr Johnson is still awaiting the results of the police probe into Partygate.

Tories have been threatening to move against the leader if he is fined for attending lockdown-busting gatherings in Downing Street.

But Cabinet ministers have been voicing growing confidence that Mr Johnson can ride out the scandal even if he is punished. 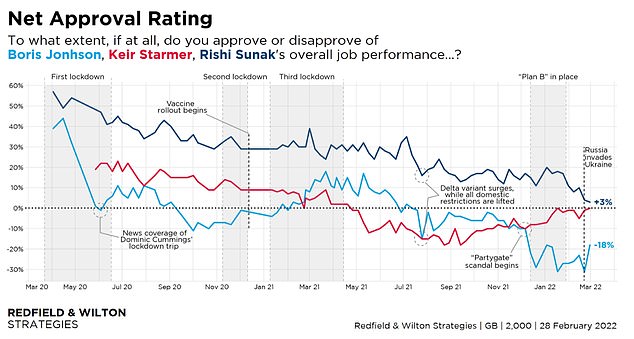