The wicked storm, now a tropical depression, first made landfall as a Category 2 storm near Creole, Louisiana with 100mph winds and has since brought flash flooding to the same region slammed by Hurricane Laura just six weeks ago. 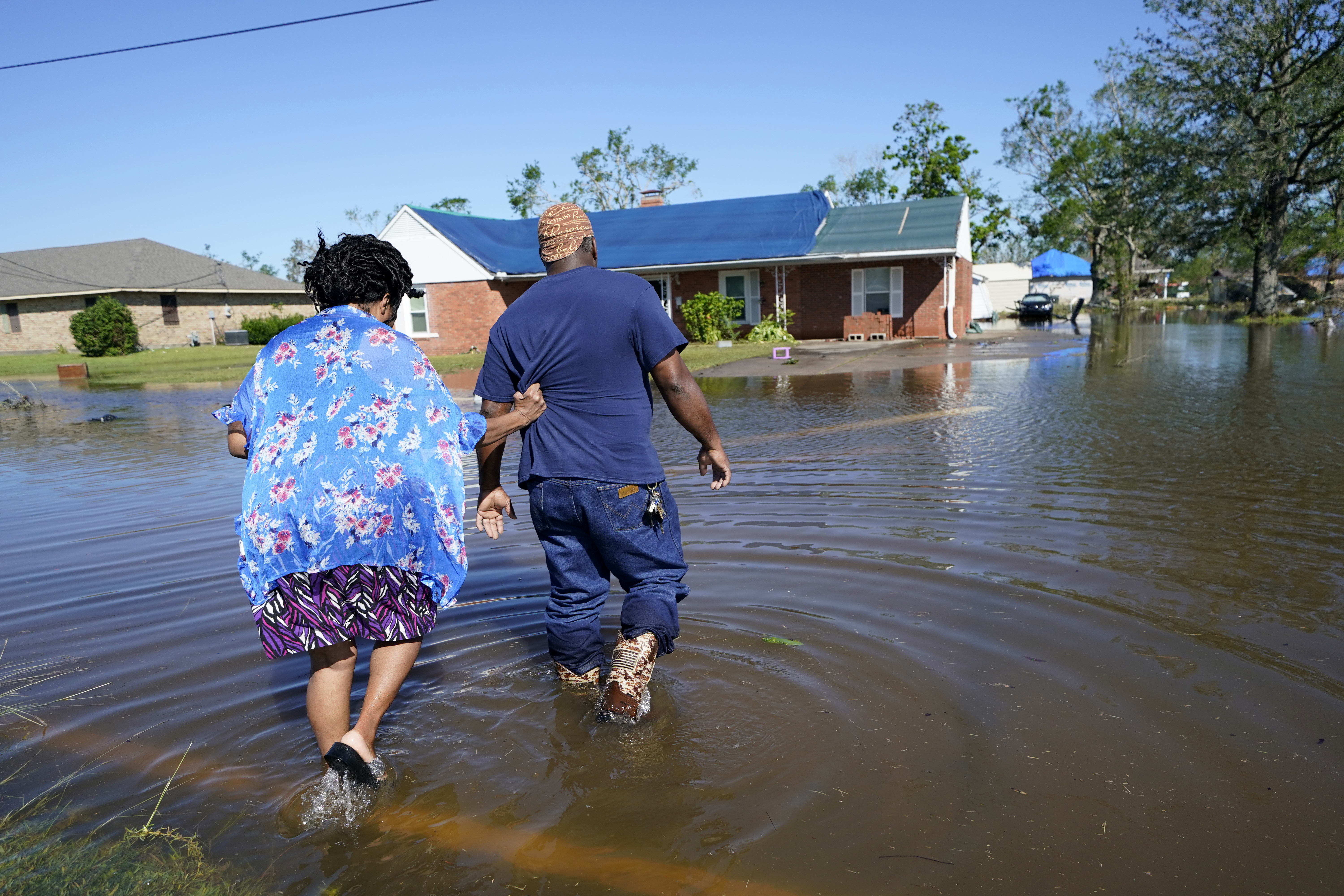 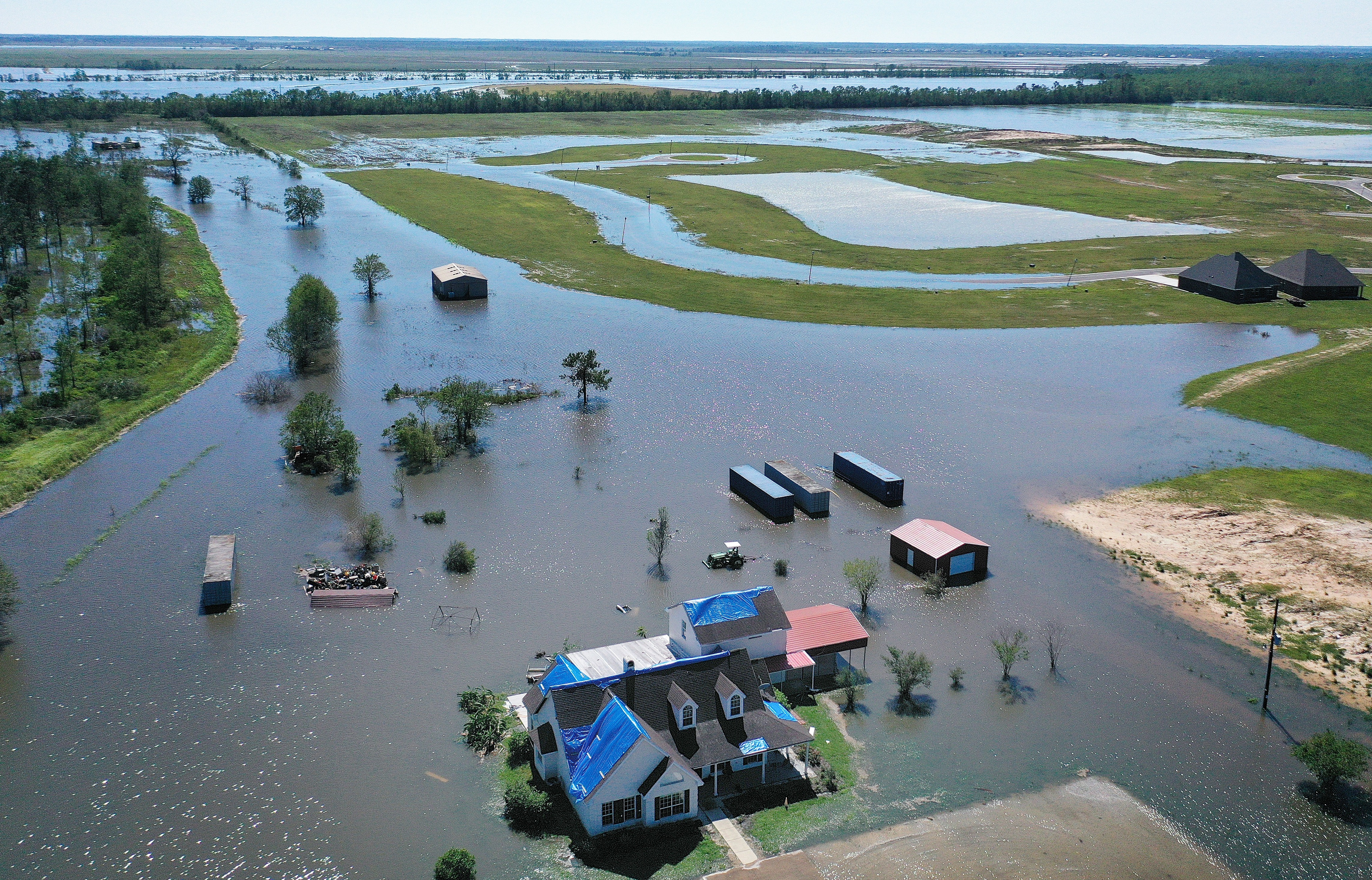 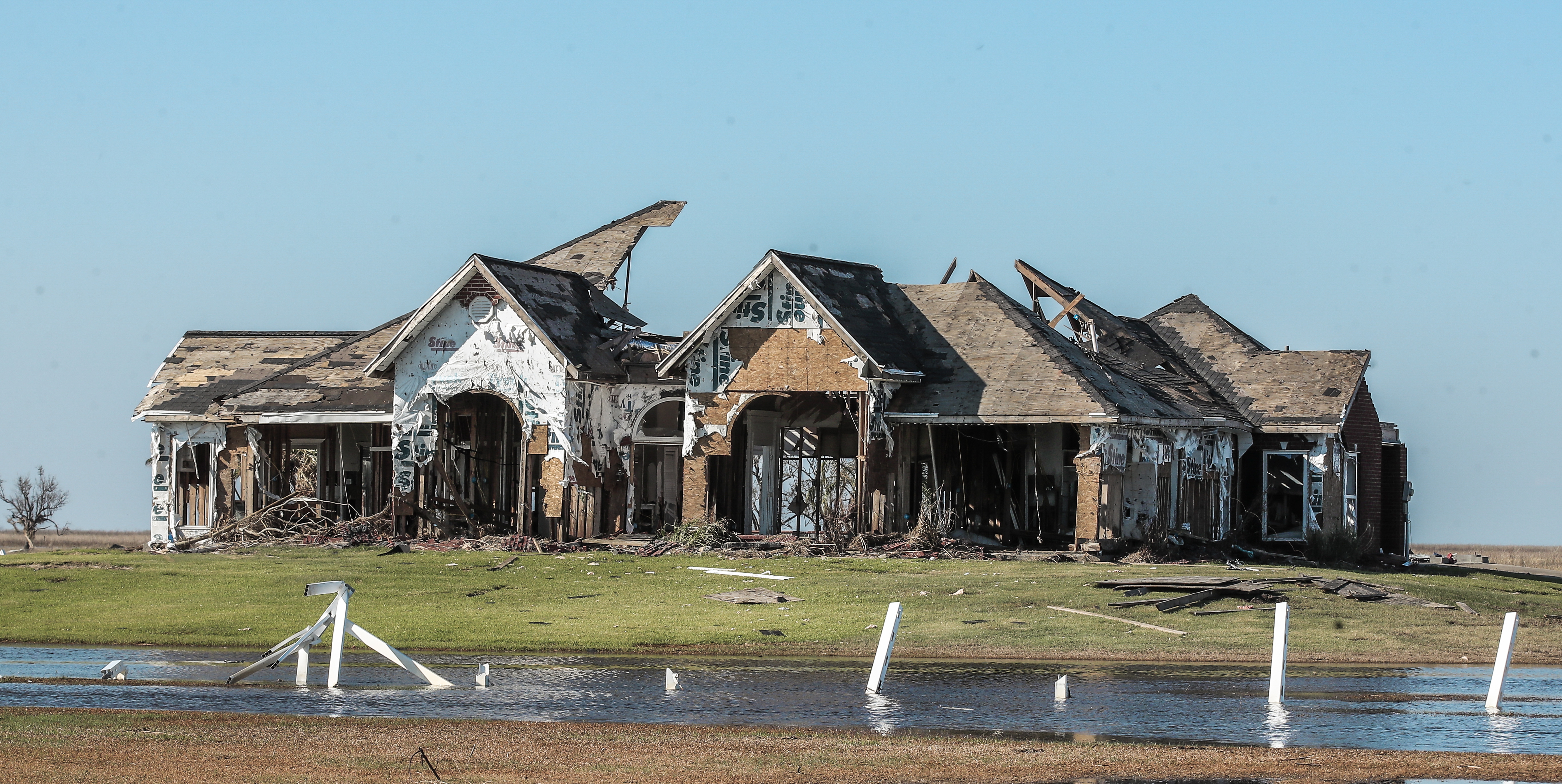 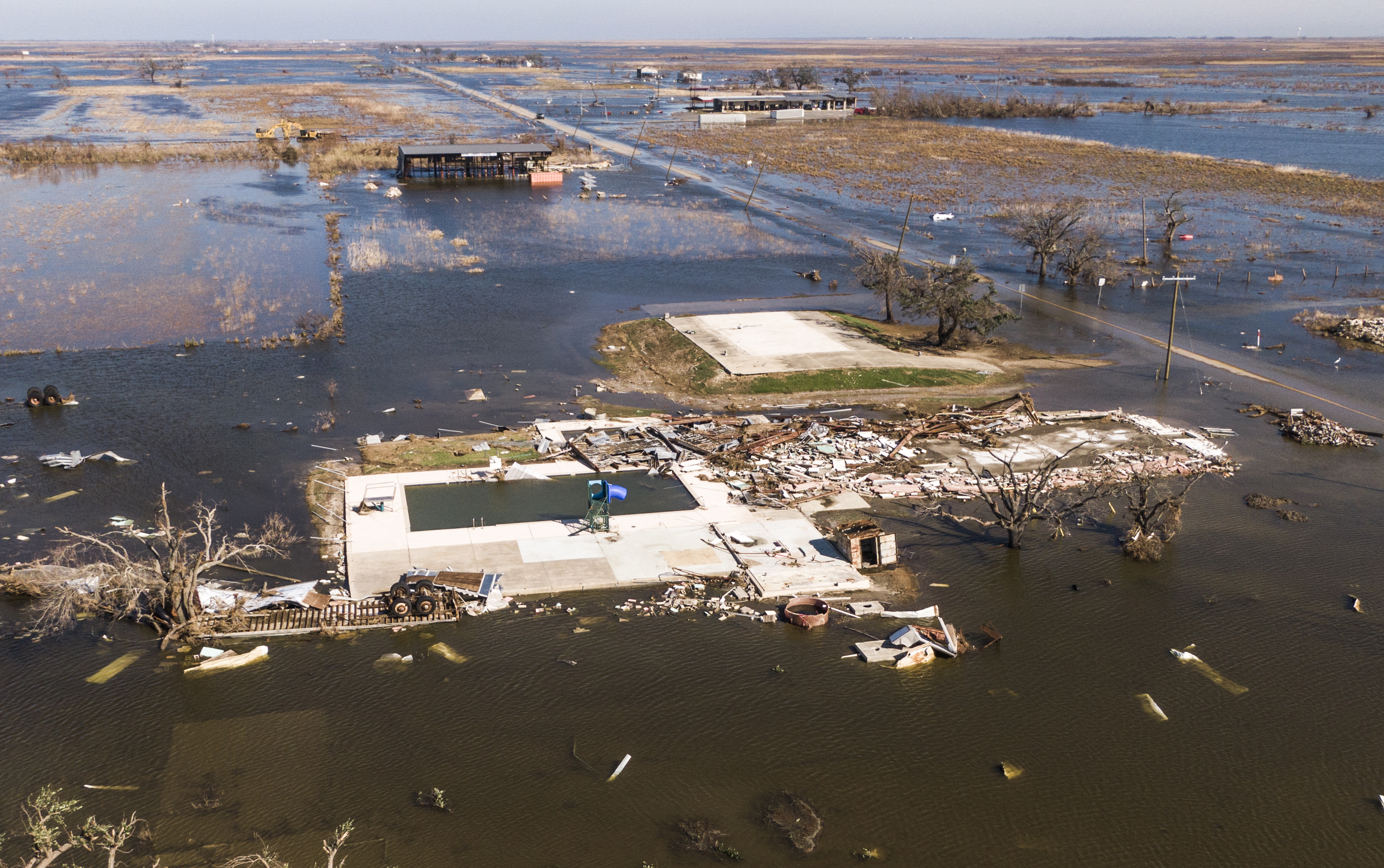 Officials said that 92 percent of oil production in the Gulf of Mexico in anticipation of the storm — which has since caused more than 600,000 power outages reported in Texas, Louisiana, and Mississippi.

In one picture, Soncia King holds onto her husband Patrick King in as they walk through the flooded street to survey the damage to their Lake Charles home on Saturday morning.

Delta, though a less powerful storm than Hurricane Laura, was much larger and dumped more water on the state, Governor John Bel Edwards said at a briefing in Baton Rouge. 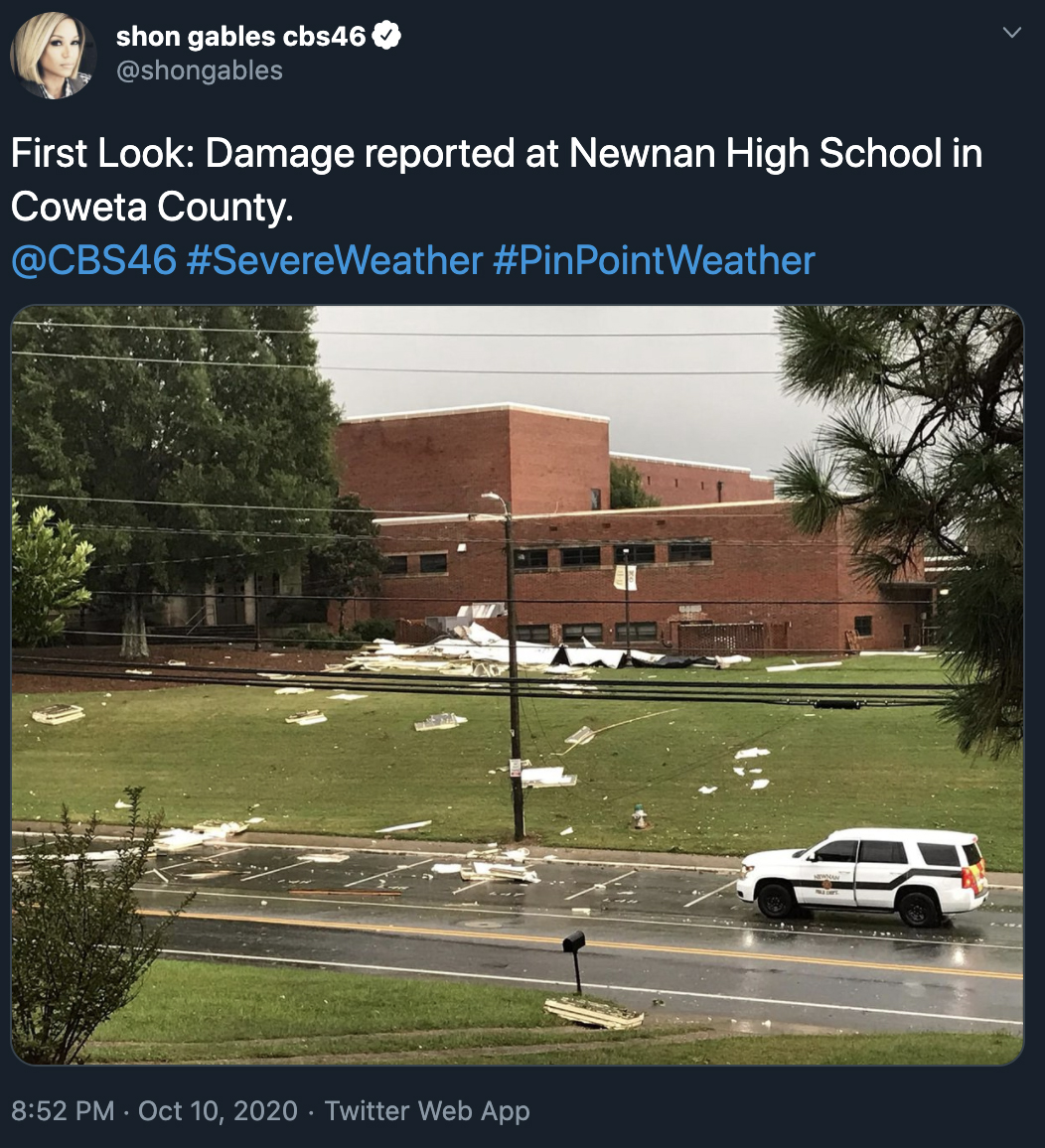 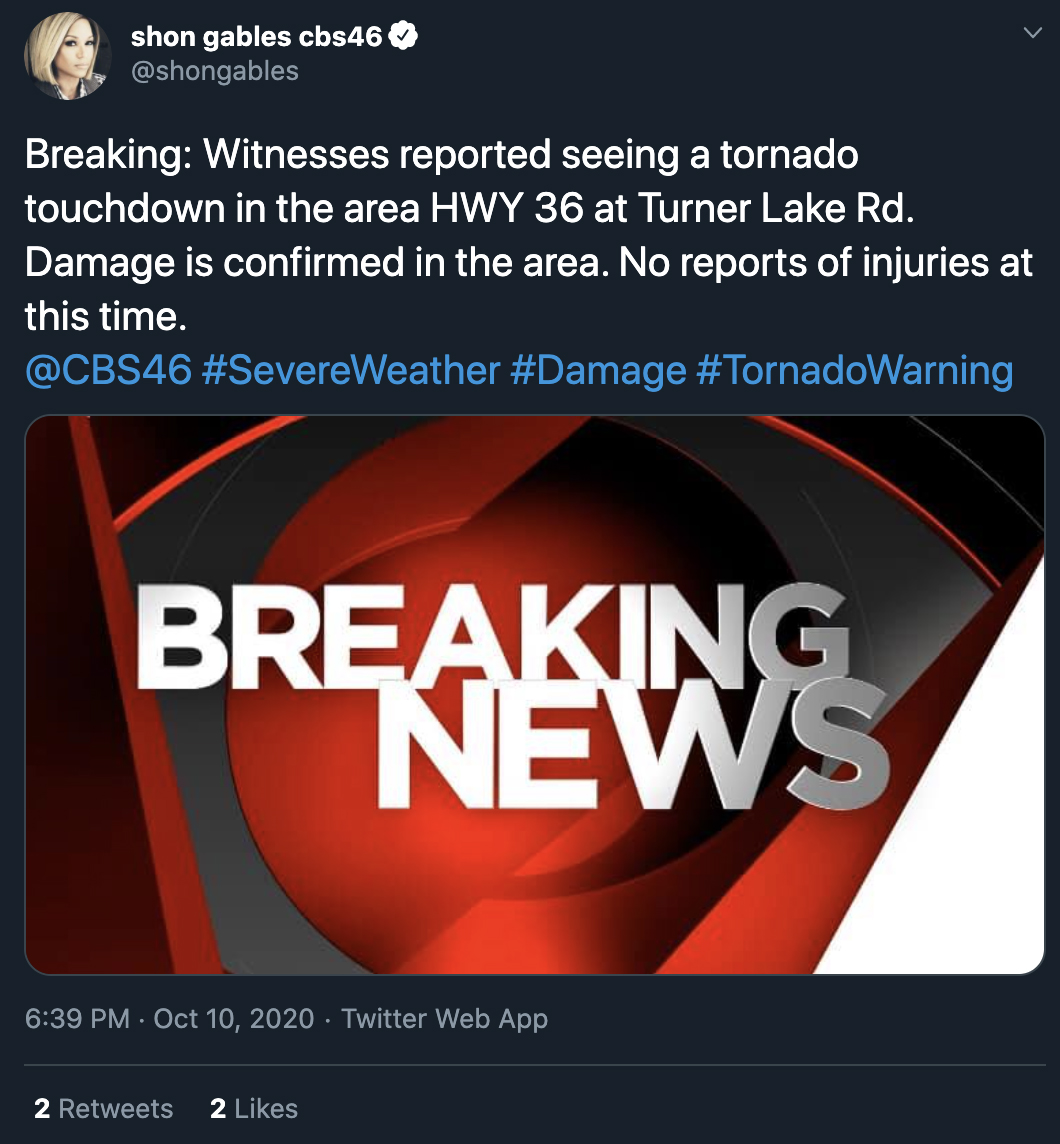 Edwards said that nearly 10,000 residents of the state were in shelters as of Saturday  — most of whom were still displaced by Hurricane Laura. 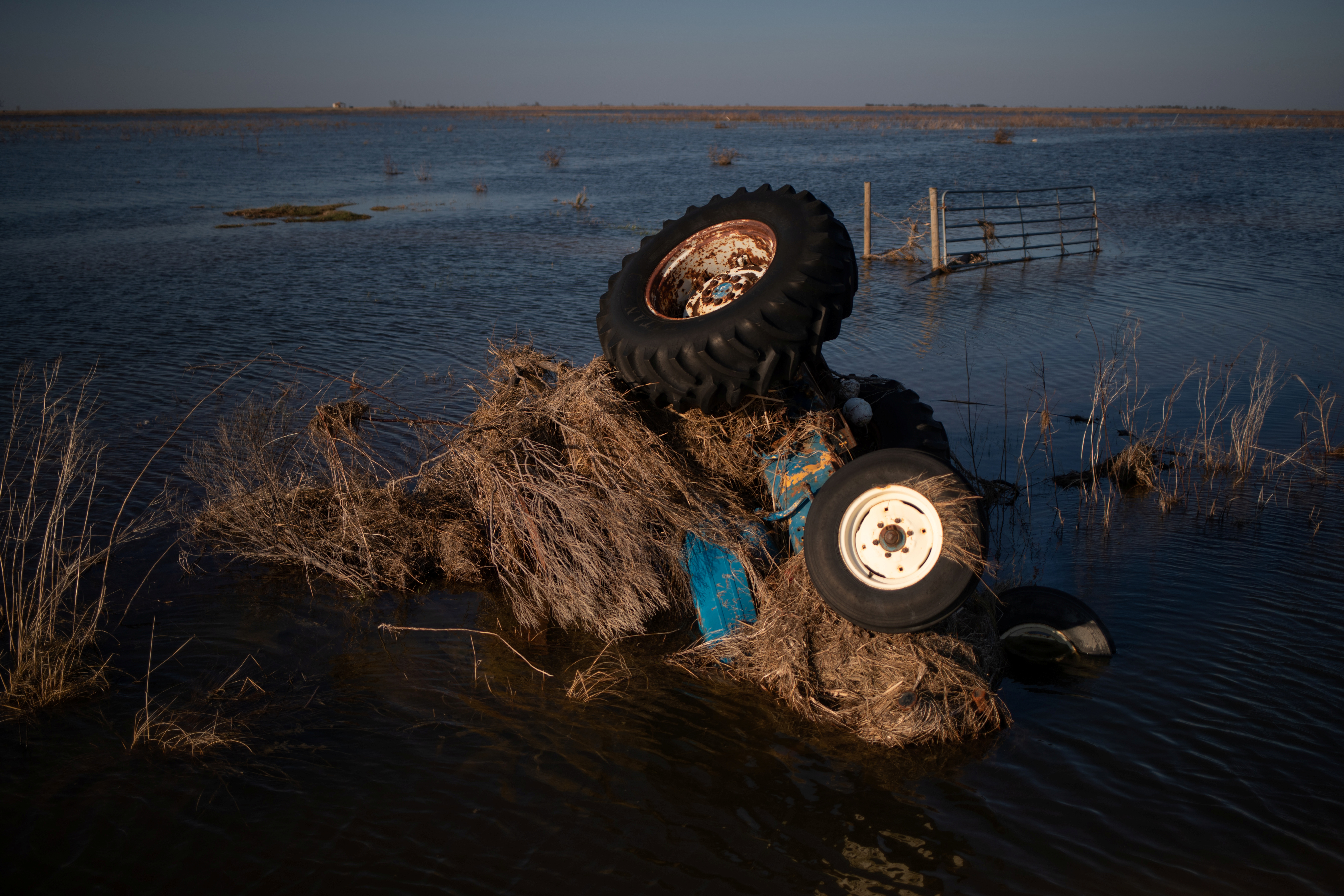 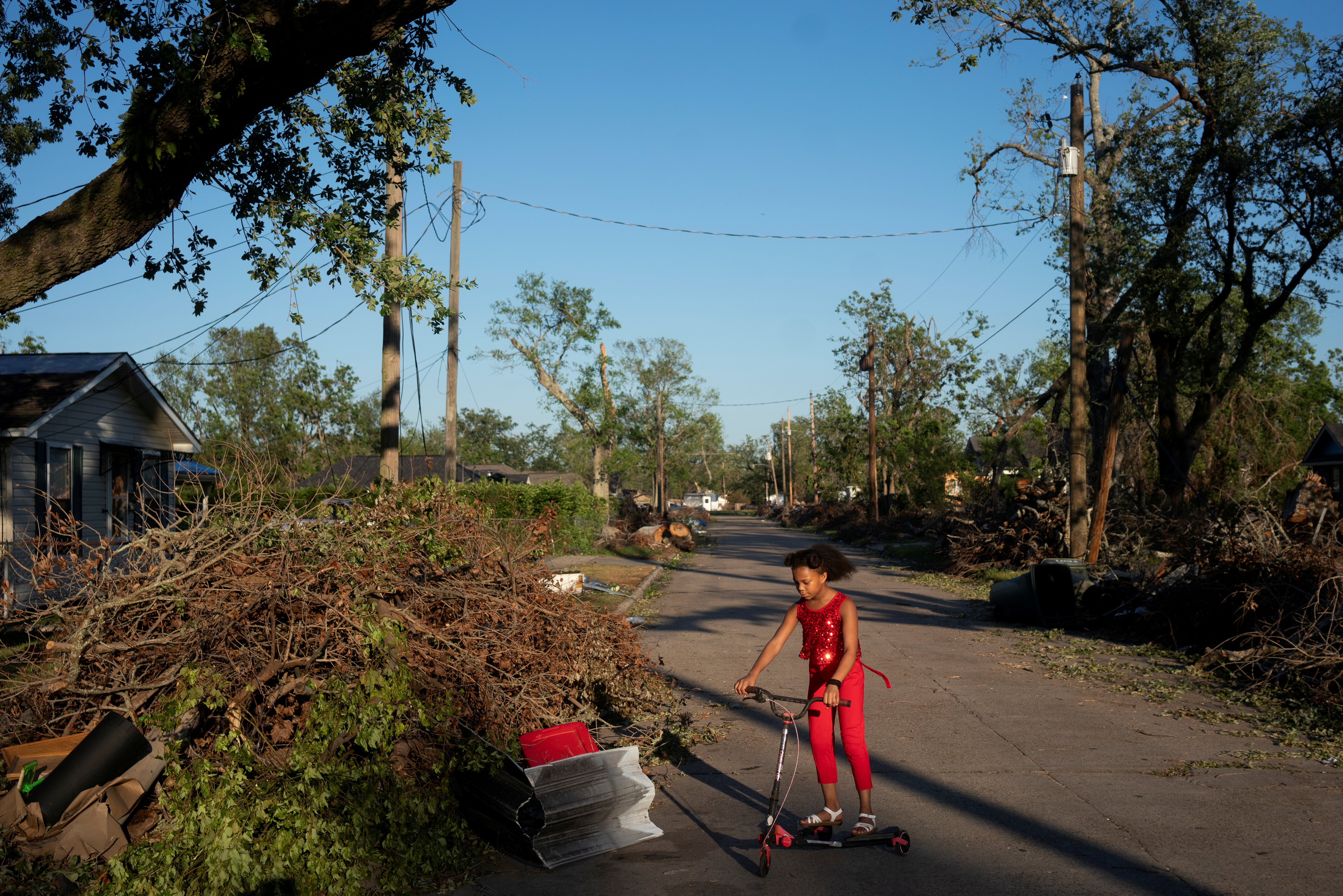 But the storm continued to make its way inland – causing tornadoes and thunderstorms in eastern states.

Several counties in Alabama and Georgia, including those encompassing the cities of Montgomery and Atlanta, were under a Tornado Watch until Saturday evening.

One photo posted by WGCL-TV reporter Shon Gables shows insulation and other debris scattered in front of Newnan High School in Coweta County, Georgia – one of the counties that had been under a Tornado Warning earlier in the day.

Witnesses saw a tornado touchdown nearby and in Newton County, though a touchdown has yet to be confirmed and no injuries have been reported, WGCL-TV reported.

A possible tornado was also reported in Clayton County just before 8 p.m.,according to radar.

The National Weather Service said that a heavy rain threat will continue into Sunday.

Severe storms will also be possible in the Upper Midwest as a cold front arrives, the NWS said.