‘F*** them and don’t give them one if they refuse’: Tory councillor and MP staffer, 20, apologises after posting tweets criticising NHS nurses wanting a pay rise as well as insulting immigrants, students and left-wing voters

A Tory councillor and member of a Derbyshire MP’s staff has apologised after he swore at NHS nurses wanting a pay rise for battling coronavirus in a series of insulting tweets.

Jake Gilbert, 20, a representative for Loscoe ward on Heanor and Loscoe in Derbyshire, tweeted on July 21: ‘If the nurses “refuse” the pay rise, f**k them and don’t give them one’.

As well as insulting immigrants, saying young people only supported left wing parties so they could take illegal drugs and complaining the green belt should be built on, he retweeted insulting comments about a woman on universal credit.

NHS staff across the country received a three per cent pay rise after a year on the frontline of the coronavirus pandemic. The pay rise was originally meant to be just one per cent. 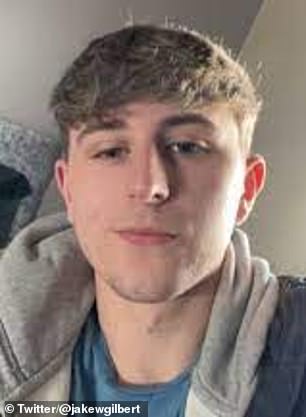 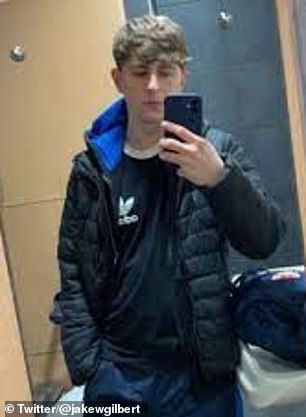 Conservative councillor and MP staffer Jake Gilbert, 20, (pictured) criticised nurses who asked for a pay rise after they battled Covid in Britain’s hospitals during the pandemic. He tweeted: ‘If the nurses “refuse” the pay rise, f*** them and don’t give them one’

The 20-year-old set his account to private after Derbyshire Live reporters discovered the comments from July.

Cllr Gilbert had also previously tweeted a slew of inflammatory views between June and July 2021.

Although his MP boss is an advocate for protecting the green belt in his constituency, Cllr Gilbert tweeted: ‘Just build on the green belt. Imagine the amount of houses that could be built on this area, and there’s still loads of green spaces left.’

He also accused young people of only supporting left-wing parties so they could ‘go around popping pills in clubs every night’.

He added: ‘I wonder how many people will drop out of uni because they got grades they shouldn’t have done and they find the course too hard.’

Meanwhile he said: ‘Why do lefties think we care about them saying Thatcher’s dead? I don’t get it, it’s weird. Like so is your grandma, lol’.

The Tory councillor said his party was ‘already known as the nasty party so f*** it’.

‘They just hate us because we’re Tories so let’s do stuff to make them hate us,’ he added.

During the Euros he said: ‘Me and the homies hate Italy, come on Ingerland’, accompanied by a picture of him with his middle finger up.

The Derbyshire councillor also suggested he held anti-vax opinions as he commented ‘£7k of taxpayers money for this s**t’ on a video urging people to take the Covid vaccine.

All those tweets came after Cllr Gilbert wrote on the social media site on June 23 ‘The amount of times I’ve had to think “no I can’t tweet/comment that” now I’m working for an MP is mad’. 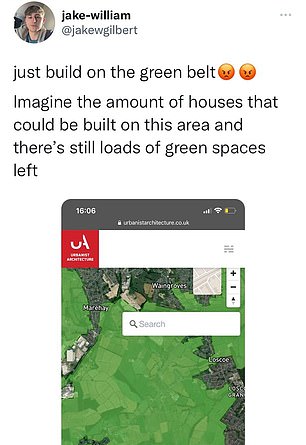 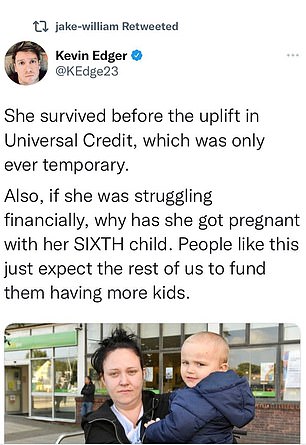 The Derbyshire Tory also tweeted plenty of other shocking opinions, including one that pressed for houses to be built on the green belt, an issue his MP boss has spoken against

As well as his own tweets, he shared a tweet from another user’s accounts that chastised a mother on Universal Credit.

He also berated immigrants as he retweeted a fellow user who wrote: ‘Can’t wait for tens of thousands of refugees to arrive and help ensure my generation will never be able to buy property.’

He shared another that, along with a video of immigrants arriving on a beach, said: ‘Welcome my friends! We’re all delighted to pay 1.5% more tax so that you can stay in a gorgeous four-star hotel, get three meals a day & be treated to our amazing NHS! Be a love and thank the RNLI Dinghy Diver Taxi Service for expediting your smooth passage to easy street x.’

After his incendiary tweets were revealed Cllr Gilbert said: ‘I want to apologise unreservedly for my tweets and retweets on my personal Twitter account.

‘I am deeply sorry for any offence caused.

‘It does not reflect the views of any other party or my employer. 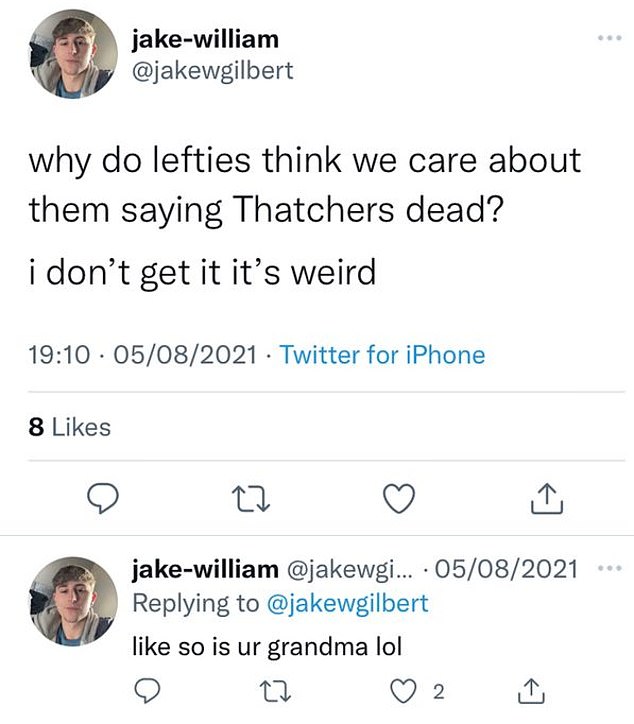 The youngster went on a tirade against left-wing voters and said the Conservatives were known as the ‘nasty party’. He added: ‘They just hate us because we’re Tories so let’s do stuff to make them hate us’

‘Firstly, I would like to show my respect for every single nurse, doctor, and armed forces member that held our country together over the last year.

‘Every single one of them is a hero and I have the utmost respect for them.

‘Once again, I want to apologise unreservedly for any offence that has been caused.’

Cllr Gilbert was first elected as a councillor in September, with his first meeting on October 7. 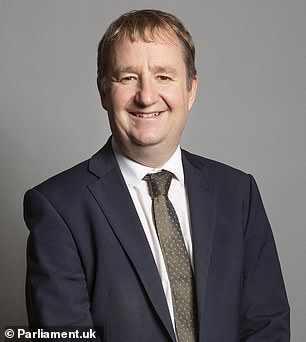 Conservative MP Nigel Mills has employed Cllr Gilbert as a caseworker since July. The MP said he was ‘disappointed’ by the views his employee tweeted

According to his now-private LinkedIn profile he has worked as a caseworker for Tory MP Mr Mills since July.

Mr Mills has previously passionately defended green belt land in his constituency, saying in 2017 that ‘I am very clear in my views that the Green Belt of Amber Valley should not be built on’.

In a statement, Mr Mills said: ‘I was very disappointed to read some of the comments made by Jake on his personal social media accounts. I do not agree with those views and do not condone them.

‘While I cannot control what my employees say on their own social media, it is critical that constituents are not put off seeking my assistance by such comments.

‘I welcome that Jake has issued an unreserved apology for these comments and has deleted them.

‘Jake has only recently started his apprenticeship in my office and after serious conversations about his conduct online he has learned a vitally important lesson in communicating in a constructive and responsible manner.’

He said he was contacted by concerned members of the public about the matter and added the comments were ‘shameful’.

He said: ‘What we don’t want is people espousing views which may alienate sections of the community. 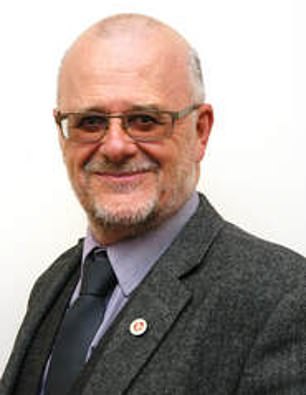 ‘It’s very disappointing and we would hope to persuade people that these views are not something that a public elected official should be espousing either personally or as a councillor, because we’re expected to be above that kind of thing.

‘We have a diverse community. We have a lot of people who have worked hard during the Covid crisis, people who have lost their lives and lost loved ones. We think that someone who is clearly having a pop at valued public servants, just for the sake of a few pounds an hour extra, I think is shameful.

‘Nurses saved the life of the Prime Minister – I would have thought as a Conservative he would have had a bit more compassion towards people that actually worked so hard fighting Covid and saving people’s lives, and that kind of comment really is unacceptable in any way shape or form, and I think any reasonable person in the street would agree with me.’

Cllr Jones said he was yet to speak to Cllr Gilbert but he would remind all councillors of their responsibilities on social media.

It is unclear if there will be any official sanctions for Cllr Gilbert’s comments online.