Tourists to sue five-star hotel in Cuba after mystery illness

A number of tourists have reported ‘getting sick from food’ and ‘ten days in bed’ following meals at the Cuban hotel.

Hotel Playa Pesquero, which has more than 8,000 reviews on TripAdvisor, has been criticised in recent reviews following the reported sickness.

Now 37 affected tourists have contacted lawyers Irwin Mitchell in a bid to sue – after the firm launched previously successful claims in 2014. 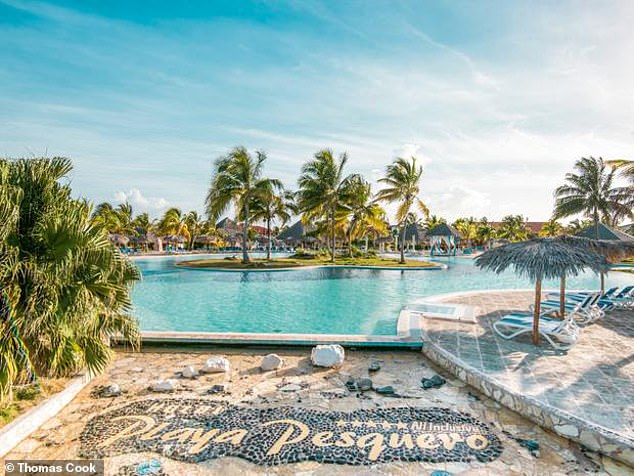 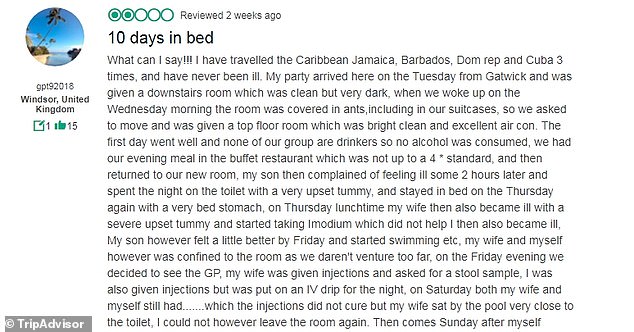 In a statement given to The Sun, Lawyer Jatinder Paul said: ‘We are advising a growing group of holidaymakers.’

Some of the recent claims report days of sickness and eventual trips to the GP.

Stephen Denham, 57, and wife Kathleen, 59, spent a good portion of their break in June vomiting.

Mr Denham, of Radcliffe, Gtr Manchester, who was put on a drip told The Sun: ‘It’s very worrying to see there have been similar issues in the past.’ 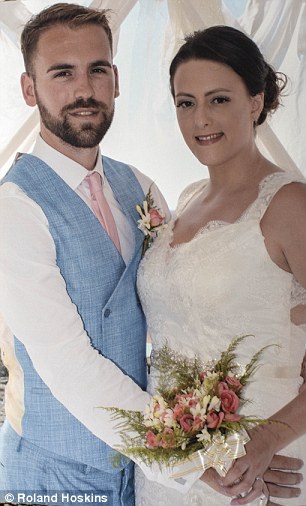 Before the ordeal: Matthew and Leigh Hall on the beach in Cuba

One such person was Leigh Hall, 29 and from Bristol, who spent £3,750 on a dream wedding with her partner Matthew Hall, 29, at the hotel in August.

But just hours after tying the knot in a romantic beach ceremony, she was barricaded in her hotel bathroom with diarrhoea and a fever.

The optical assistant then spent her honeymoon bedridden, unable to see her new husband or their baby.

She said: ‘I had diarrhoea and I was vomiting. My temperature was high and I kept shaking.

‘Eventually, in the early hours, my mum and dad collected me and we went to the local medical centre in a buggy. I was put on a drip for three hours.

‘The treatment left us with a £600 bill which we are still trying to claim back with our travel insurance.’

She added: ‘The doctor in Cuba never told me what I had, but that [salmonella] is what the others at the resort had.

‘It wasn’t just the sickness and the bad belly – I still didn’t feel right for days after I got home. I lost nine and a half pounds in that time.’ 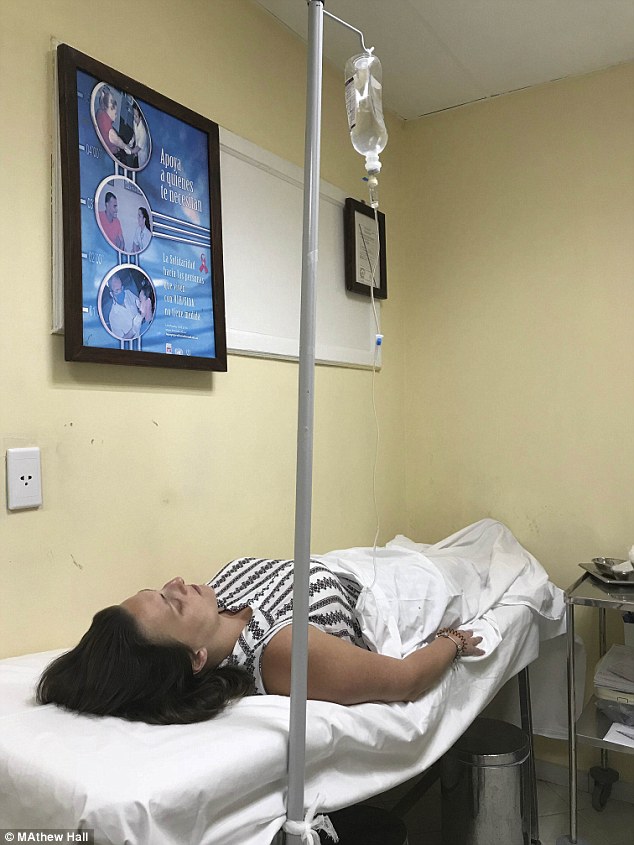 The optical assistant spent her honeymoon bedridden, unable to see her new husband or their baby (pictured on a drip in hospital) 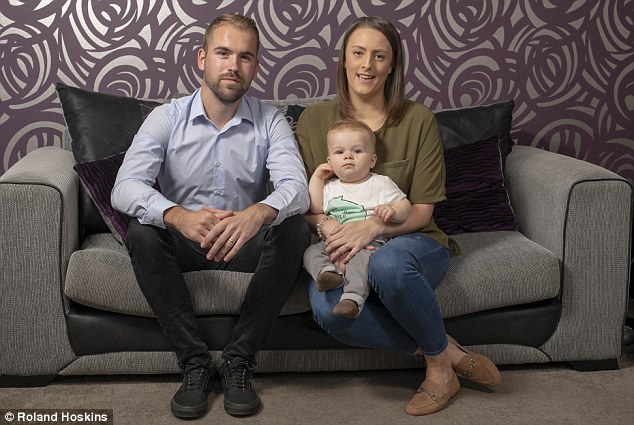 Thomas Cook eventually offered Mrs Hall £3,000 after being contacted by the Daily Mail

Other tourists have been taking to TripAdvisor to report similar symptoms.

One TripAdvisor reviewer, who goes by the name gpt92018 and is from Windsor, claimed he was bedridden for ten days.

He wrote two weeks ago: ‘We had our evening meal in the buffet restaurant which was not up to a 4 * standard, and then returned to our new room.

‘My son then complained of feeling ill some two hours later and spent the night on the toilet with a very upset tummy.

‘Eventually my wife and I were confined to the room as we dare not venture too far.’ 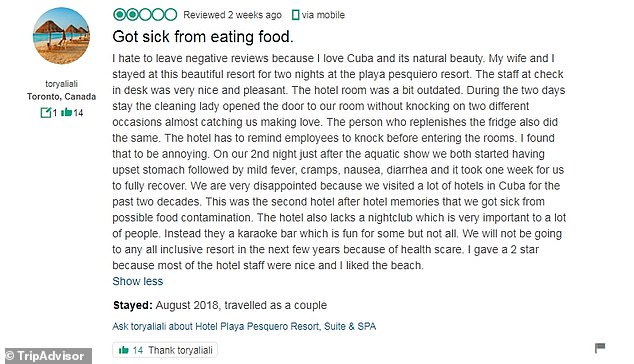 It wasn’t just British tourists who reported getting ill while at the resort. This reviewer from Canada experienced similar issues over the summer 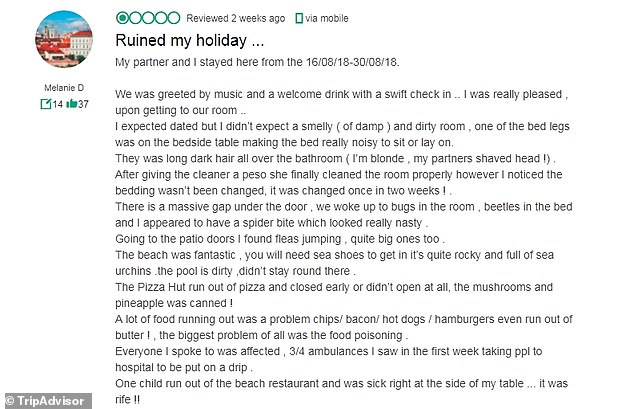 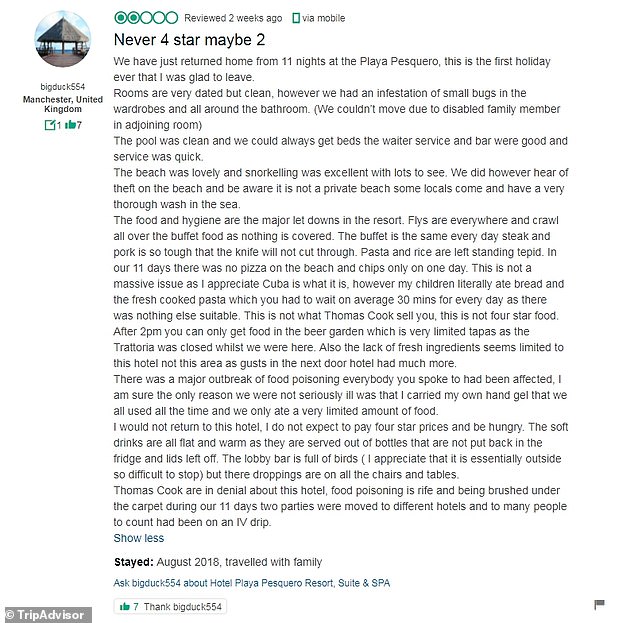 Eventually the reviewer claims he had to be taken to the GP and was given an injection and put on a drip.

He said: ‘This is the very first time that I and my family have ever been sick whilst away, it was not travelers tummy or poor hygiene nor excessive drinking.

‘It was something picked up at the resort which cost me my two weeks holiday and a lot off money apart from the family ‘together’ time which is irreplaceable.’

Another reviewer, called Melanie D, claims three or four ambulances came to the resort while she was staying there following reports of people getting sick.

Recalling the scene, she said: ‘Everyone I spoke to was affected, three or four ambulances I saw in the first week taking people to hospital to be put on a drip .

‘One child ran out of the beach restaurant and was sick right at the side of my table. It was rife.

A reviewer from Manchester, called bigduck554, reported a ‘major outbreak of food poisoning’ during his stay at the resort.

Writing on TripAdvisor, he said: ‘Everybody you spoke to had been affected.

‘I am sure the only reason we were not seriously ill was that I carried my own hand gel that we all used all the time and we only ate a very limited amount of food.’

Not everyone has been unimpressed with the resort recently, however.

One reviewer from Hampshire, named nickys111, said: ‘The staff are fantastic and do everything they can to help you and make your holiday special.’

While another, who also left the resort a five out of five rating, said: ‘The staff and food were excellent.

‘The hotel was spotless every member of staff made you welcome. There was no problem getting served.

‘It was very clean everywhere you walked. It was so good I’m going to book to go back next year’. 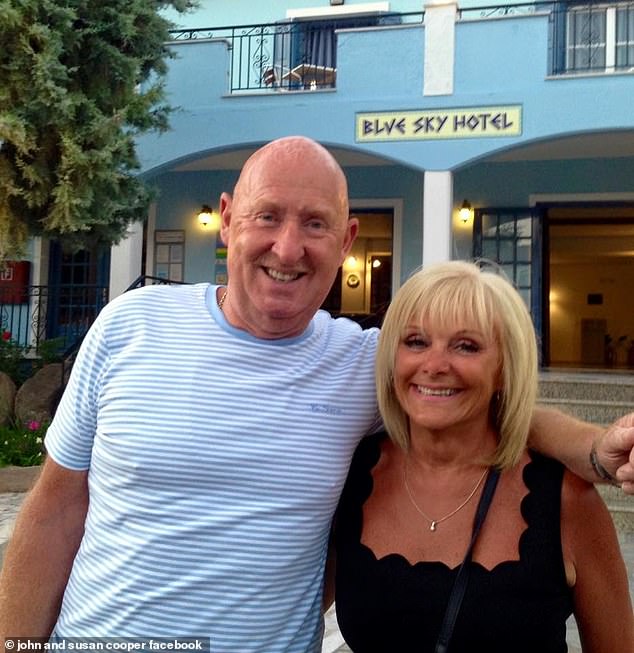 John Cooper, 69, and wife Susan, 63, (pictured) died while on a Thomas Cook holiday in Egypt last month and although their post-mortems were ‘inconclusive’ Egyptian authorities maintain it was due to E.Coli bacteria

John Cooper, 69, and wife Susan, 63, died while on a Thomas Cook holiday in Egypt last month.

Although their post-mortems were ‘inconclusive’ Egyptian authorities are maintaining that their deaths were caused by E.Coli bacteria.

Responding to the recent reports of sickness at the Cuba hotel, a Thomas Cook spokeswoman told The Sun: ‘Extra measures were put in place to ensure there was a high standard of hygiene at all times and we continue to monitor this closely.’