Trump threatens to shut down government over Mexico border wall

New York: Donald Trump has threatened to shut down the US government if Democrats refuse to back his demands to fund a border wall with Mexico.

Trump has endured a series of setbacks in his efforts to tighten the US immigration system and deliver on his election pledge to build a wall along the southern border.

In a Sunday morning tweet, he raised the stakes by tying the issue to funding the whole of government, which must be agreed by September 30, risking a political showdown just before November's crucial mid-term elections.

"I would be willing to 'shut down' government if the Democrats do not give us the votes for Border Security, which includes the Wall!" he wrote. "Must get rid of Lottery, Catch & Release etc and finally go to system of Immigration based on MERIT! We need great people coming into our Country!"

His comments stand in contrast to his party leaders in the House and Senate, who had both previously signalled the issue would have to wait until after what will be hard fought mid-terms.

The President has repeatedly used the threat of shutdown to press his priorities in congressional spending bills. Funding for the border wall so far falls well short of the $US21 billion ($28 billion) the Department of Homeland Security says it would cost, although Democratic estimates put the price as high as $US70 billion. 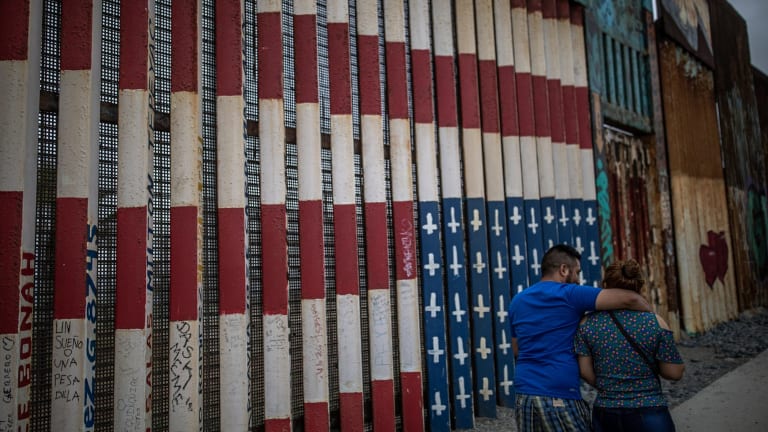 Pedestrians pass in front of a section of a US-Mexico border wall in Tijuana.

Trump has repeatedly demanded an end to the visa lottery program, which allocates 50,000 green cards to applicants at random, and a move away from a system that prioritises visas for people with relatives in the US.

But last month a Republican immigration bill failed to make it through Congress.

This month Republicans unveiled a spending bill that would provide $US5 billion next year to build the wall.

It faces hurdles in the Senate, where the Republican party has a wafer-thin majority and would need the support of 10 Democrats to pass the bill.

Analysts suggested Trump's brinkmanship might be designed to mobilise his base before the November vote, while Democrats said shutting down government would only help their chances of picking up seats. 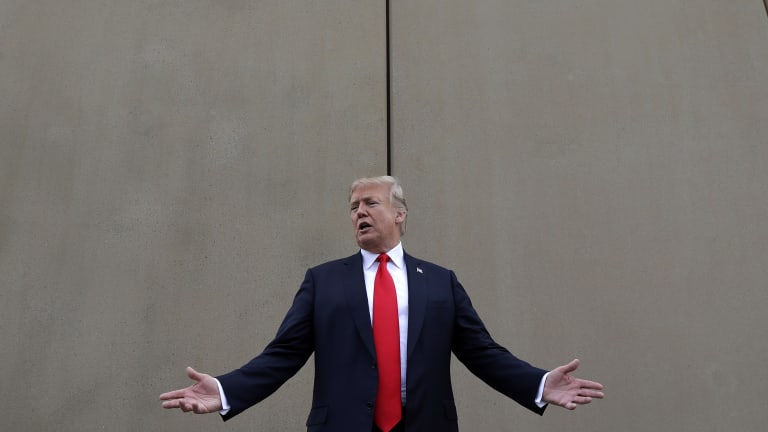 President Donald Trump speaks during a tour as he reviews border wall prototypes in San Diego in March.

Ron Johnson, the Republican chairman of the Senate Homeland Security committee, said it would not be helpful for party hopes in the mid-terms, and Steve Stivers, chairman of the National Republican Congressional Committee, said: "I think we're going to make sure we keep the government open, but we're going to get better policies on immigration," he told the American ABC's This Week.

Ben Ray Luján, chairman of the Democratic Congressional Campaign Committee, said: "Democrats wants to work together in a bipartisan way when it comes to comprehensive immigration reform."

The latest twist comes days after the government said hundreds of children separated from parents at the border had still not been reunited with their families.