Two men were stabbed to death in an armed robbery on a cannabis factory at a house in the early hours of today with people seen ‘running away carrying plants’.

Police launched a double murder investigation after a fight spilled out into the street outside a house which was attacked in Brierley Hill near Dudley in the West Midlands.

Several witnesses had earlier called 999 after seeing a group of young men trying to force entry into the property and its windows being broken at about 3.30am. 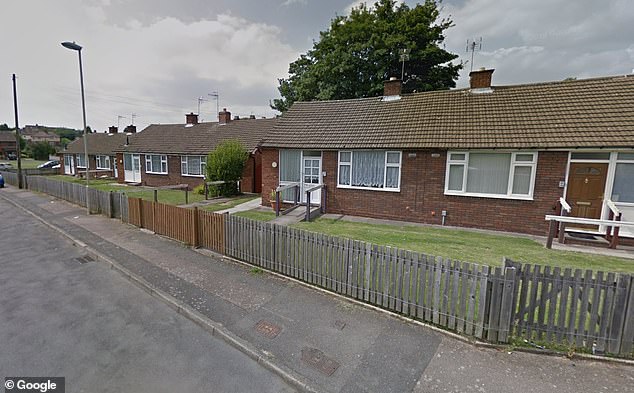 The fight saw two men suffer stab wounds and a car crashed into parked vehicles. A cannabis factory was later found inside the property on Pensnett Road.

One man was pronounced dead at the scene while a second man, who was driven to hospital, later died in hospital having suffered also been stabbed.

West Midlands Police arrested one man on suspicion of conspiracy to rob and were investigating today to identify other men involved in the robbery and stabbings.

Homicide Unit Inspector Nick Barnes said: ‘We believe this property was deliberately targeted by a group of men who knew it was being used to cultivate cannabis.

‘Witnesses have reported the property being attacked, windows broken, and men running away carrying plants. In the ensuing disorder two men have suffered fatal knife wounds.

‘We’re appealing for anyone who was in the area at the time and witnessed the disorder or people or vehicles leaving the scene to get in touch.

‘I’d also like to hear from any motorists who were in the area at the time and have dash cam footage as they also may have recorded something important.’ 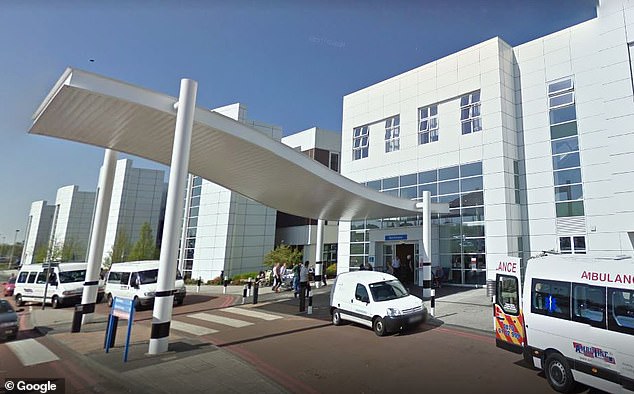 One man was driven to Russells Hall Hospital (file picture) in Dudley after suffering serious stab wounds, but nothing could be done to save him and he was pronounced dead

‘However, despite their best efforts it sadly became apparent nothing could be done to save him and he was confirmed dead at the scene.

‘Around the same time, one ambulance crew and two paramedic officers helped to treat a second man who had been driven to Russells Hall Hospital, he too had suffered serious stab wounds.

‘Sadly, despite the best efforts of ambulance and hospital staff, nothing could be done to save him and he was also confirmed deceased.’

Anyone with information is urged to call West Midlands Police on 101 or message via the force’s website chat, or contact Crimestoppers anonymously on 0800 555111.