An Uber Eats customer who threatened to go to court to claim back £20 for an ‘inedible,’ KFC meal has hailed his ‘David and Goliath’ victory after the delivery app offered him a £45 goodwill gesture to drop legal proceedings.

Ricky Davies, 28, was willing to pay £255 to take Uber Eats to court after his Big Daddy box meal arrived ‘freezing cold,’ with a cookie missing, while a piece of chicken he ordered for his cat turned up ‘discoloured’.

When the business development manager contacted the KFC branch at Morfa Shopping Park in Swansea, he was reportedly told to contact Uber Eats, but was left frustrated speaking to the app’s ‘bots’.

Within a fortnight the company offered him £45.04, covering the cost of the legal notice and his meal, as a gesture of good will, which he accepted. 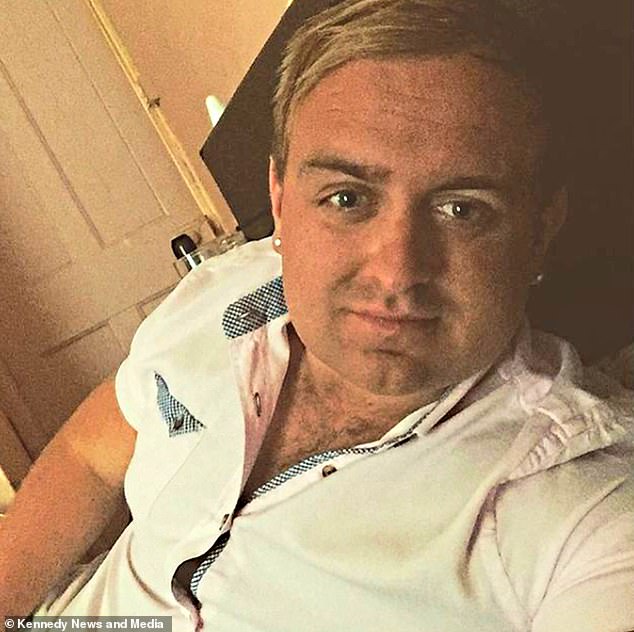 Ricky Davies, 28, from Swansea, was willing to take Uber Eats to court over a ‘freezing cold’ KFC that he ordered for himself and his cat

Following his initial complaint to KFC, Mr Davies claims it was ‘impossible’ to speak with a real person at Uber Eats and he liaised with an automated system for two weeks, with his letters going unanswered.

Refusing to back down and livid at the ‘unacceptable’ service, Ricky chose to pay £25 to issue court proceedings against the food delivery service.

It was only after the legal letter was sent to Uber’s office in Amsterdam that Ricky says he finally received a reply, which offered to refund his order and court costs on the condition he discontinued his claim.

Ricky is now encouraging others who feel they have been wronged by Uber Eats to take similar steps, in hope the firm will stop ‘ripping people off’.

Ricky, from Swansea, Wales, said: ‘I did this all on my own so it was a David and Goliath victory. 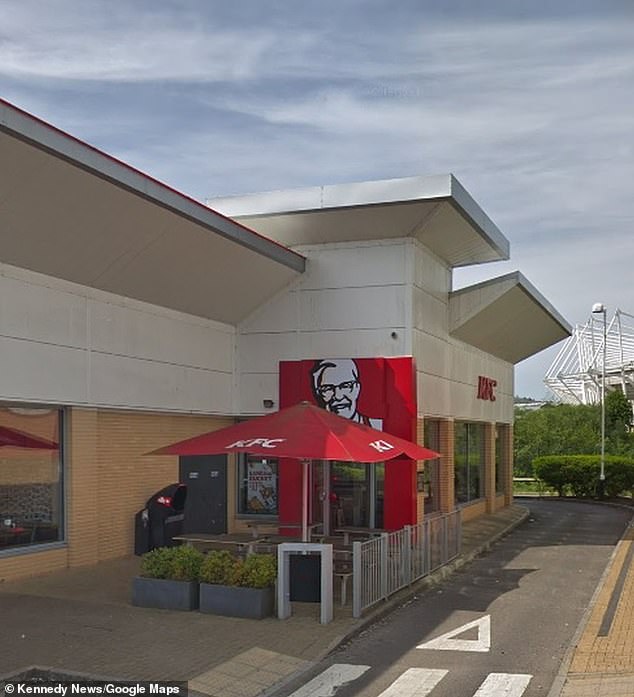 Mr Davies, a business development manager, initially complained to the KFC at Morfa Shopping Park in Swansea, but was told to take up the complaint with Uber Eats 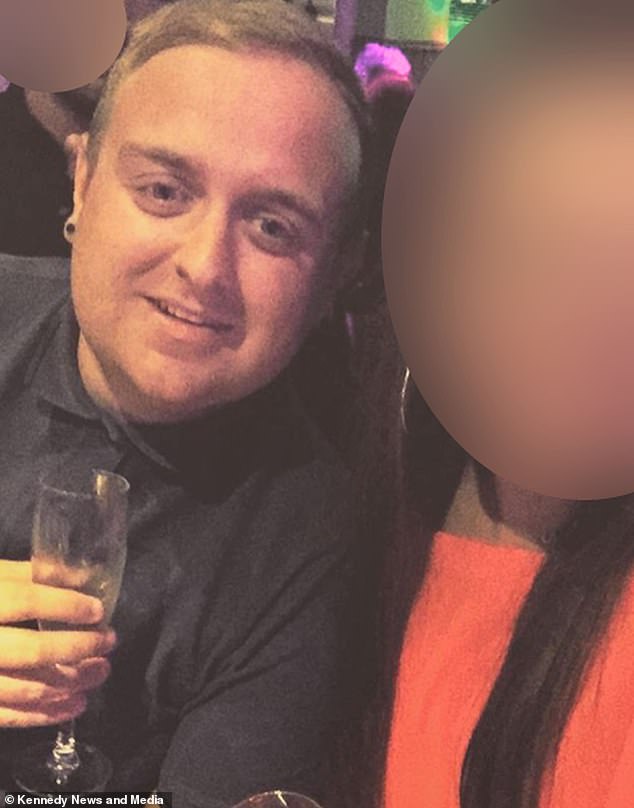 Mr Davies said he would have won ‘very easily,’ had his challenge gone to court, but has claimed a David vs Goliath victory after Uber Eats settled for £45.04

‘I had to take it all the way up to [Uber’s] corporate in Amsterdam myself.

‘You don’t need to know anything about law to do this. Uber aren’t going to spend money on barristers and legal teams to fight for £50.

‘I would have won very easily if this had gone to court.

‘They would have had to hire out a court room for the day, instruct a barrister, having a legal team working on it. It would have costed them thousands.

‘I’d advise people do this if they can’t get a refund. It’s worth it to pay the £25 to stop Uber thinking they can run a system on bots.

‘When you place an order with Uber, you enter a contract with Uber, so the responsibility for the food then lies with Uber.

‘That’s why I blame Uber and not KFC.’

Ricky had ordered a Big Daddy box meal, cookies and an extra piece of chicken for his cat – but was unable to give it to his pet as it was ‘discoloured’.

He claims his burger was also missing components and he didn’t receive any cookies.

Ricky said: ‘I remember it being a stinking little drumstick.

‘On the Big Daddy burger, there was no sauce, no hash brown or bacon. There were no cookies and the bit of chicken that I ordered was inedible.

‘Normally if I was just missing a couple of quid worth of items, I’d leave it, but when I saw the chicken, I couldn’t have eaten it. It was discoloured. It was absolutely vile.

‘That’s not Uber’s fault but it was the fact they were refusing to acknowledge. 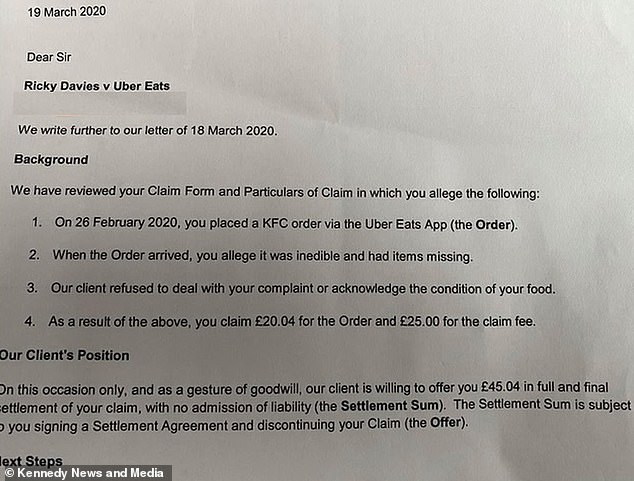 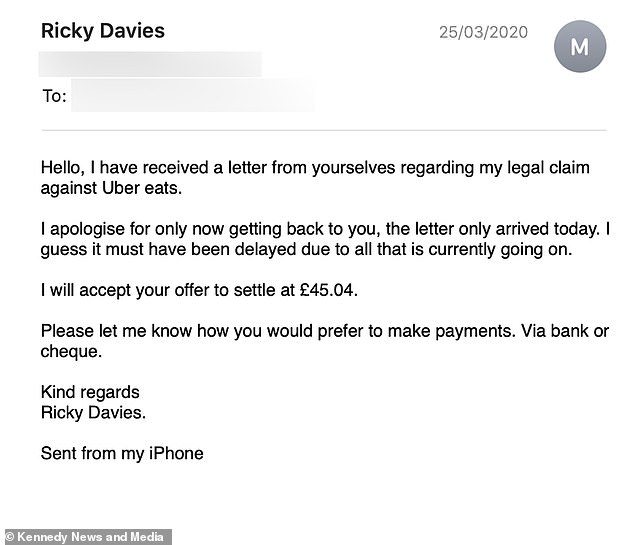 Having spent £25 on court proceedings, Mr Davies accepted an offer to settle his complaint over chicken for £45.04

‘I noticed the driver was waiting in the restaurant for over half an hour for my food. When he picked the food up, he took another half an hour to arrive at my house.

‘When he did turn up the order was pretty much freezing cold, there were items missing and it was practically inedible.

‘For a restaurant like KFC it was just not acceptable and I thought to myself “I’m not having this”.

‘They couldn’t understand what my issue was and simply refused to pay anything out.

‘I had started working from home so I had some time. I cracked on with this every day.’

KFC were approached for comment but failed to respond.