The Met Office has issued yellow and amber weather warnings for rain in many parts of the UK. Storm Alex brought wet and windy conditions over the start of the weekend for most of the country.

As the weekend comes to an end, those conditions will continue and could lead to thunderstorms.

The Met Office said: “After a wet start to the weekend there will be further rain on Sunday. But that rain will gradually ease.”

The amber weather warnings in place warn that homes and businesses are likely to flood, causing damage.

It has also said: “Fast flowing or deep floodwater is likely, causing danger to life.” 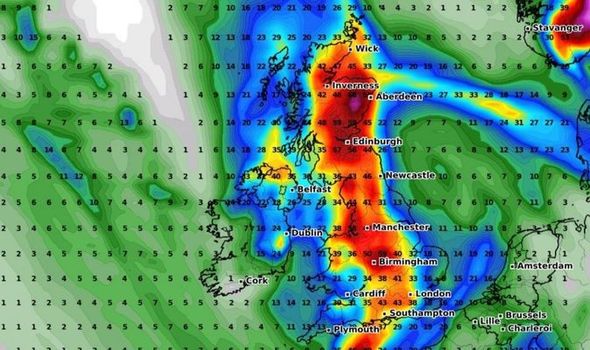 Transportation disruptions are also likely in the areas affected.

Yellow weather warnings are in place for Northern Ireland, Scotland and large parts of England and Wales.

Amber warnings cover areas in the south east, south west and north west of England as well as Wales and west Midlands. 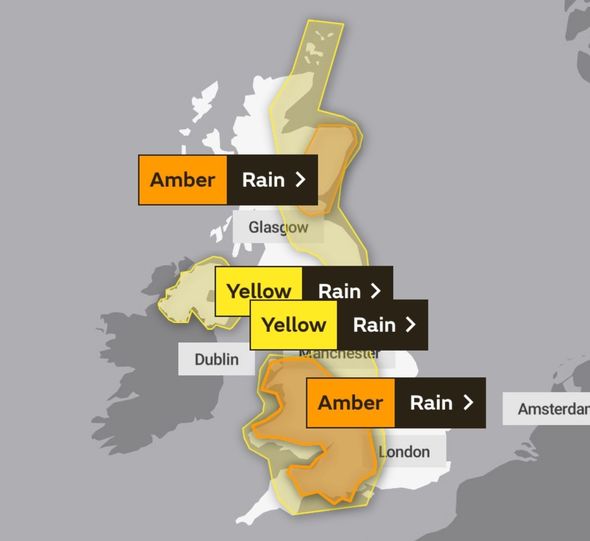 “We could see some brighter spells across northern England, southern Scotland and north Wales by Sunday afternoon but there’ll be some showers mixed in there too.

“A windy day around coastal areas perhaps gales across western coasts. The inland winds will be a little bit lighter.”

As the day comes to an end, heavy rain will continue with the possibility of thunderstorms.

The Met Office added: “Through Sunday evening we’ll see some showers develop across south east England, they could be particularly heavy with a risk of some thunderstorms.” 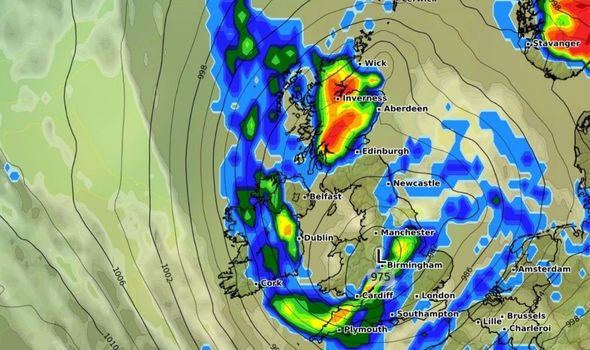 Temperatures on Sunday will generally reach about 12 to 14 Celsius in the UK.

Experts have warned Britons to stay safe over the rainy weekend as wet weather is likely to create dangerous driving conditions.

Carol Holt, Flood Duty Manager at the Environment Agency, said: “Widespread and persistent heavy rain is likely to lead to flooding for some areas over the weekend.”

She added: “Environment Agency teams have been working hard to clear grills and weed screens in areas which may be affected.

“We urge people to stay away from swollen rivers and not to drive through flood water – it is often deeper than it looks and just 30cm of flowing water is enough to float your car.” 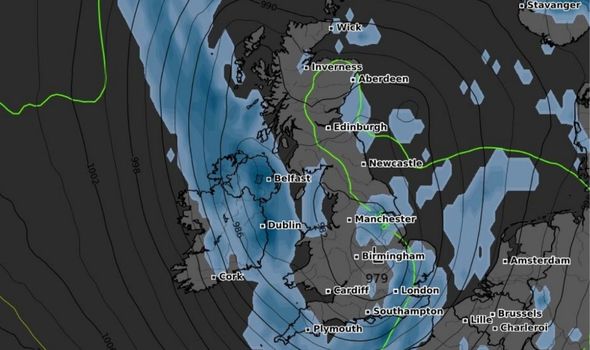 Next week will remain unsettled but is expected to see the heavy rain and wind easing.

The Met Office said: “As we look into next week the rain gradually easing and we’ll see a mixture of sunshine and showers.

“But overall it will stay chilly and very unsettled.”

Nick Finnis, Netweather Meteorologist, said: “Low pressure still sat over central areas on Monday, but will start to fill, further showers for many circulating around the low, but with lighter winds.

“It will feel pleasant in the sun in any drier and brighter spells. Temperatures reaching 13-16C.”

Jimmy Kimmel Uses Son’s Heart Surgeries to Urge Fans to Vote
We and our partners use cookies on this site to improve our service, perform analytics, personalize advertising, measure advertising performance, and remember website preferences.Ok