Under 50s ‘might not get Pfizer Covid vaccine’ – as no decisions made regarding roll out to young, officials say

PEOPLE under the age of 50 might not get the Covid vaccine – as a decision to roll it out to the young hasn't been made, officials suggest.

Experts are waiting to see how vaccines work in different groups of people before deciding who should be prioritised for a jab. 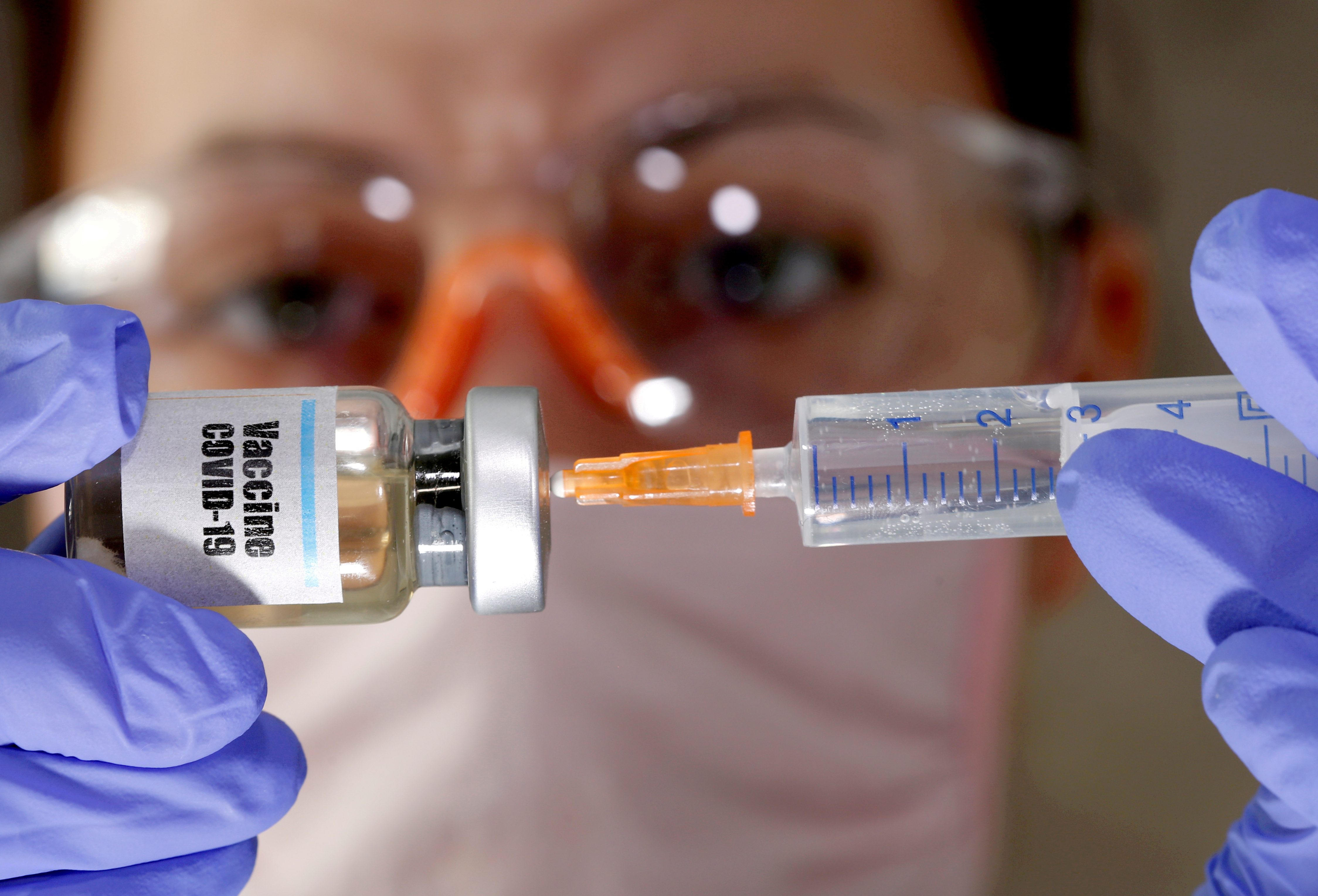 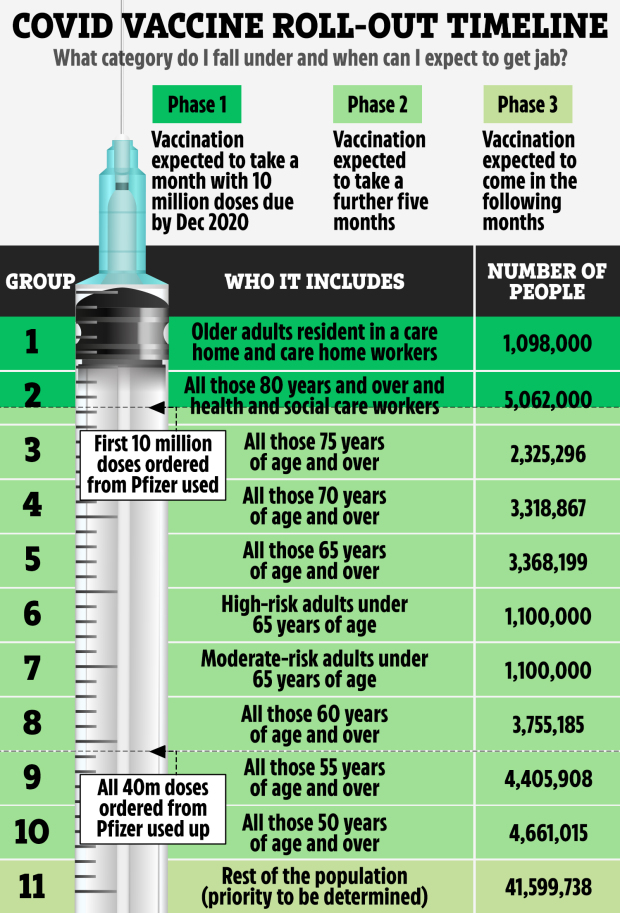 The plan put forward by the Joint Committee on Vaccination and Immunisation (JCVI) will see vaccines rolled out to older members of society – depending on their effectiveness in this age group – alongside care home workers and health care staff.

This would start by rolling it out to care home residents and staff, followed by those over the age of 80 and health and social care workers.

It is hoped that the first phase will protect 99 per cent of those at risk of death from Covid-19, before moving on to younger age groups in order.

However, no decisions have been made on how the under-50s will be prioritised.

JCVI chairman Professor Wei Shen Lim told a Downing Street briefing: "We have not decided who else should be vaccinated beyond phase one.

"That's not to say that they shouldn't be vaccinated.

"We need more information on the vaccines, who they are good for and whether they protect against transmission or infection.

"In phase two of the programme it's likely that we'll prioritise individuals who may suffer because of the need for hospitalisation because of Covid or perhaps because of long Covid.

"The reason it's not been decided is because we need to also balance the possible prioritisation of individuals who are transmitting Covid instead."

The current interim guidance says the order of priority, also known as "phase 1", should be:

However, this list could change depending on how the vaccines work in older age groups.

It is also possible that another vaccine could become available that performs better in different age groups.

Boris Johnson urged everyone who is eligible to "definitely" get a coronavirus vaccine, when one becomes available.

The Prime Minister said he would have "no inhibitions" about getting a vaccine himself as he dismissed the arguments of the so-called anti-vaxxers as "total nonsense".

It came after Professor Jonathan Van-Tam, the deputy chief medical officer for England, said they were preparing for the most important vaccination programme "in decades" – a reference to the news that a vaccine being developed by Pfizer-BioNTech had proved 90 per cent effective.

At a Downing Street press conference on Wednesday, Prof Van-Tam said he had advised his own mother that she should get it.

"If I could be at the front of the queue, then I would be. I think the 'mum test' is very important here," he said.

"My mum is 78 – she will be 79 shortly – and I have already said to her: 'Mum, make sure when you are called you are ready. Be ready to take this up. This is really important for you because of your age'."

It comes as Britain's coronavirus death toll surpassed 50,000 this week, while other statistics suggest the true figure could be more than 65,000.

Mr Johnson said every death from the disease was a tragedy and that while the prospects of a vaccine and mass testing offered hope, it was essential people continued to observe social-distancing rules.

"We have two boxing gloves to pummel the disease in the weeks and months that follow," he said.

"But I have got to stress that we are not out of the woods yet. It does require everybody to follow the guidance."

Ministers have said they do not expect the mass roll-out of a vaccine to begin until next year.

Downing Street said that it would not be made available until the regulator, the Medicines and Healthcare products Regulatory Agency (MHRA), was satisfied that it was safe.

"Any vaccines which are determined for use will undergo a vigorous series of safety checks, they will be absolutely safe for the public to use," the Prime Minister's official spokesman said.

Dr June Raine, the MHRA chief executive, said there was "absolutely no chance" it would compromise on standards of safety or effectiveness when it came to a coronavirus vaccine.

Prof Van-Tam said a vaccination programme would target those groups at the highest risk from the disease first.

With ministers warning it will require a "colossal" effort by the NHS, supported by the armed forces, he said he would be willing to pitch in and help administer jabs himself.

"And from that perspective, I don't mind telling you, I've had the conversation at home.

"If I can help with this in some evenings and weekends, doing some extra vaccination sessions myself, then I'm going to.

"That's a given if I can get on the list and be useful."

Prof Van-Tam would not be drawn on whether lives would be back to normal by Easter, saying it was not yet clear if the vaccine prevented onward transmission of the virus or simply stopped individuals falling ill.

But he added: "I think I can tell you that I'm very hopeful that, over time, vaccines will make a very important difference to how we have to live with Covid-19 in the long run."