This is the incredible moment a track and field star made a five foot one inch jump look like child’s play.

In a video shared on his social media on September 29, Wells Jr is seen casually jumping over three low hurdles before bouncing over a fourth one which is slightly higher. 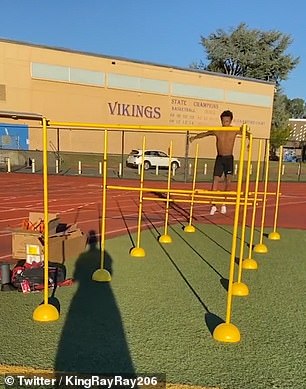 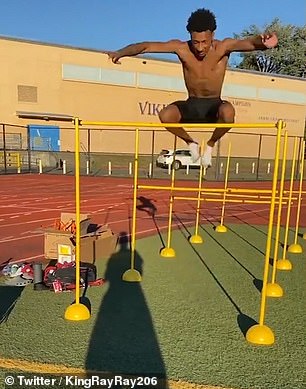 Emmanuel ‘Ray Ray’ Wells Jr, 22, who attends Washington State University, hops over a series of hurdles before leaping high into the air to clear a five ft one inch jump 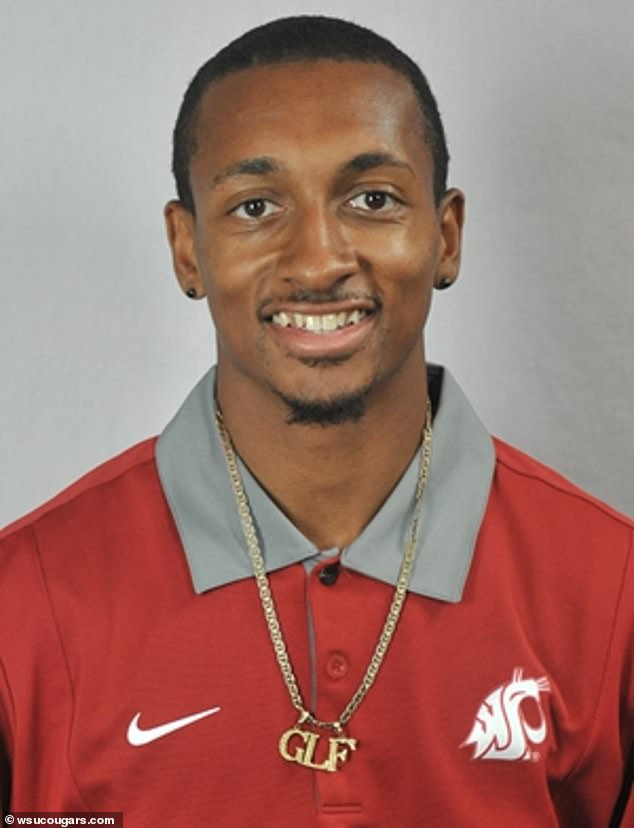 22-year-old Emmanuel ‘Ray Ray’ Wells Jr (pictured), originally from Seattle, is a track and field star at Washington State University who holds the university’s record for the 600-meter dash at 6.53 seconds

Then, while maintaining constant motion, the 22-year-old completes the jaw-dropping 61 inch jump before cheering in celebration as he lands back on the ground.

The video was posted with the caption: ’61 inches as promised.’

Since the video was posted it has been viewed more than 1.8million times and has been liked almost 139,000 times.

Responding to the video, one person on social media compared the impressive jumps to video game character Super Mario. 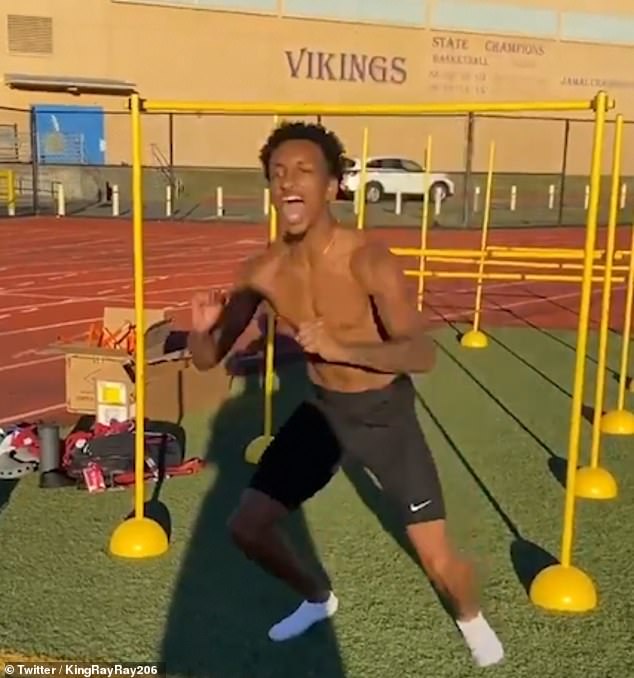 As he lands back on the ground Wells Jr cheers and celebrates his impressive jump. Earlier this year he also received praise on social media for completing a 55 inch jump – but he’s taken it up a notch this time

While another said: ‘He’s jumping on a trampoline. I refuse to believe otherwise.’

Another suggested that Wells Jr had used sorcery to complete the jump.

Earlier this year Wells Jr impressed on social media after he successfully cleared a 55 inch hurdle.

In a similar exercise to his latest video, Wells Jr jumped over a series of lower hurdles before clearing the 55 inch hurdle with a few inches to spare.

With his latest jump easily clearing 61 inches, he continues to make the exercise look effortless.

People on social media were left stunned by the video of Wells Jr completing the five ft one inch jump. One account compared the athlete to Super Mario, while another said they refused to believe he wasn’t jumping on a trampoline

Wells Jr, originally from Seattle, holds the 60-meter dash record for WSU at 6.53 seconds and and has run the 12th fastest 60-meter dash in collegiate history.

Before university Wells Jr attended Rainier Beach High School where he competed in both track and football for three years.

He also holds the 100m and 200m records for the high school.