Unlucky driver crashes new £200,000 Lamborghini 20 MINUTES after picking it up from showroom

AN UNLUCKY driver crashed their £200,000 sports car just moments after they picked it up from the showroom.

The brand new Lamborghini Huracan Spyder was smashed up on the motorway 20 minutes after the new owner had been handed the keys. 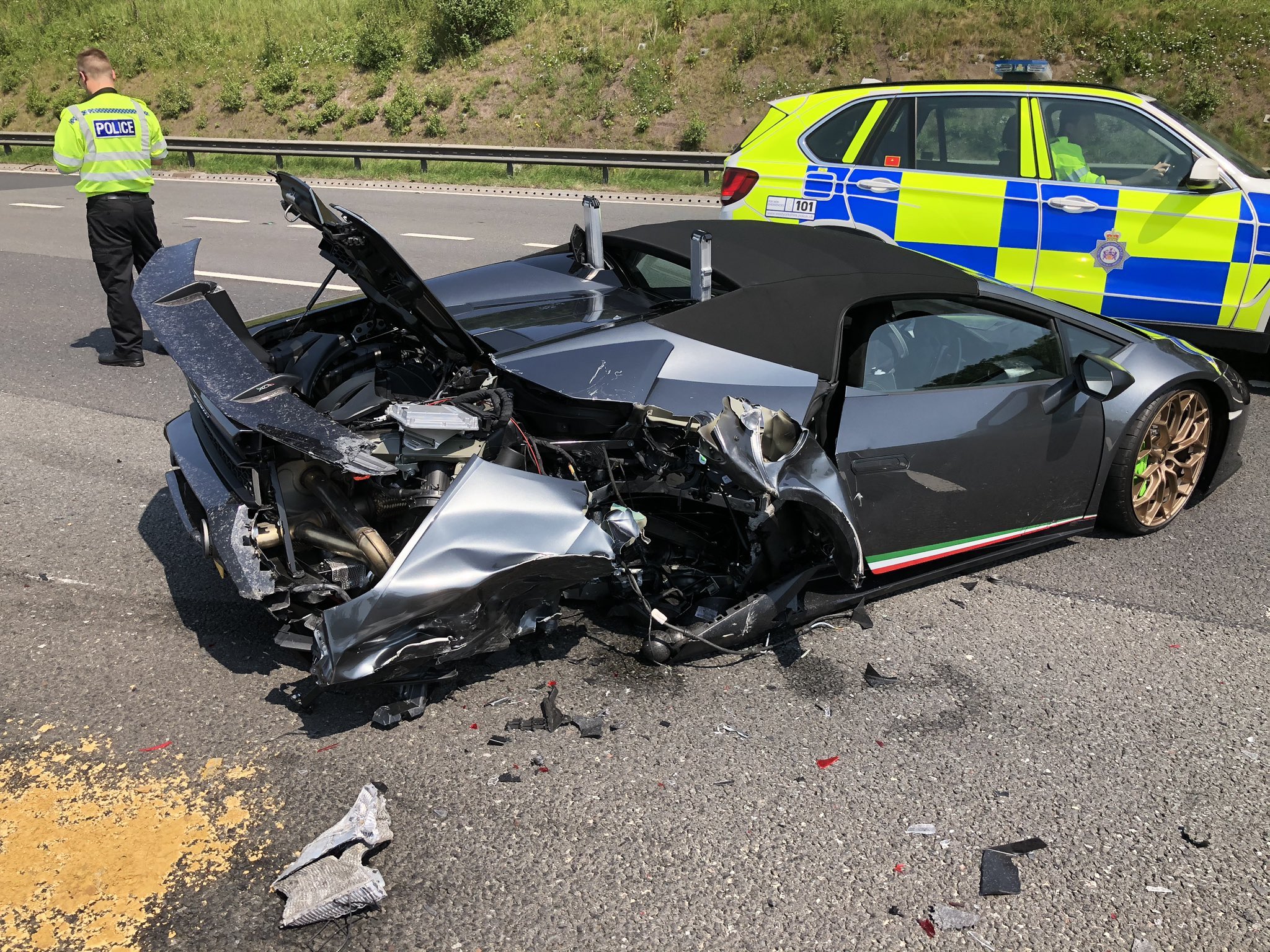 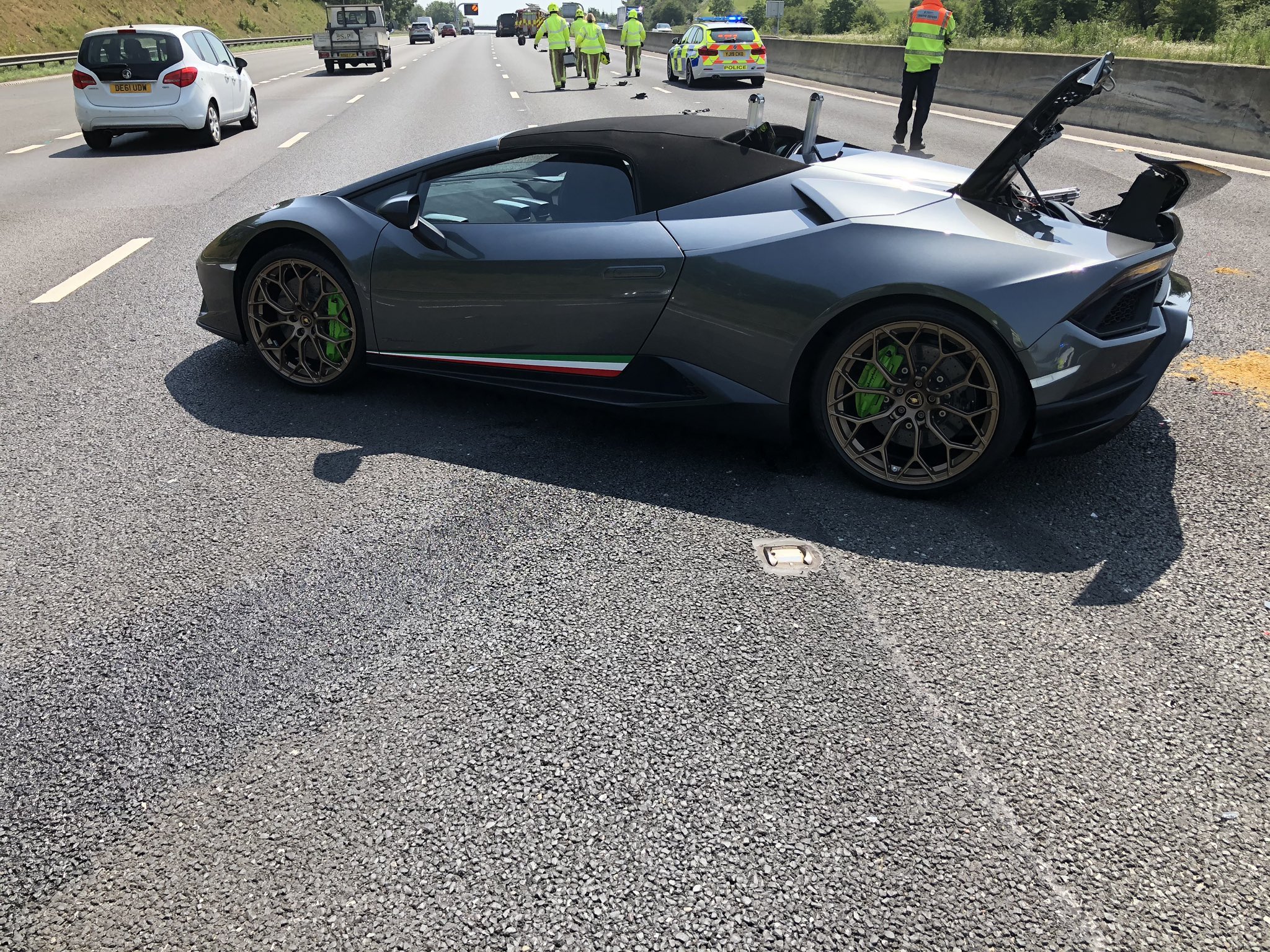 The grey two-seater had stopped on the M1 near Wakefield due to a mechanical failure when another driver plowed into the back of it.

“But on this occasion a 20 minute old brand new Lamborghini that stopped due to mechanical failure in lane 3.

“Hit from behind by an innocent motorist #couldhavecried.”

A police spokesperson confirmed the Lamborghini and a van had collided.

The van driver was left with head injuries which are not believed to be serious.

The crash caused some delays on the southbound carriageway while the vehicles were recovered.

All lanes were reopened by 2.50pm.