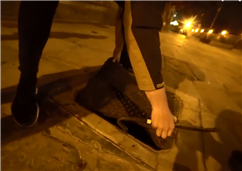 URBAN explorers who lifted up a drain cover were astonished to find an entire hidden underground city below the streets of Manchester.

A group of friends filmed their nocturnal adventures as they lifted a heavy metal cover and descended from the abandoned street and into a parallel universe. 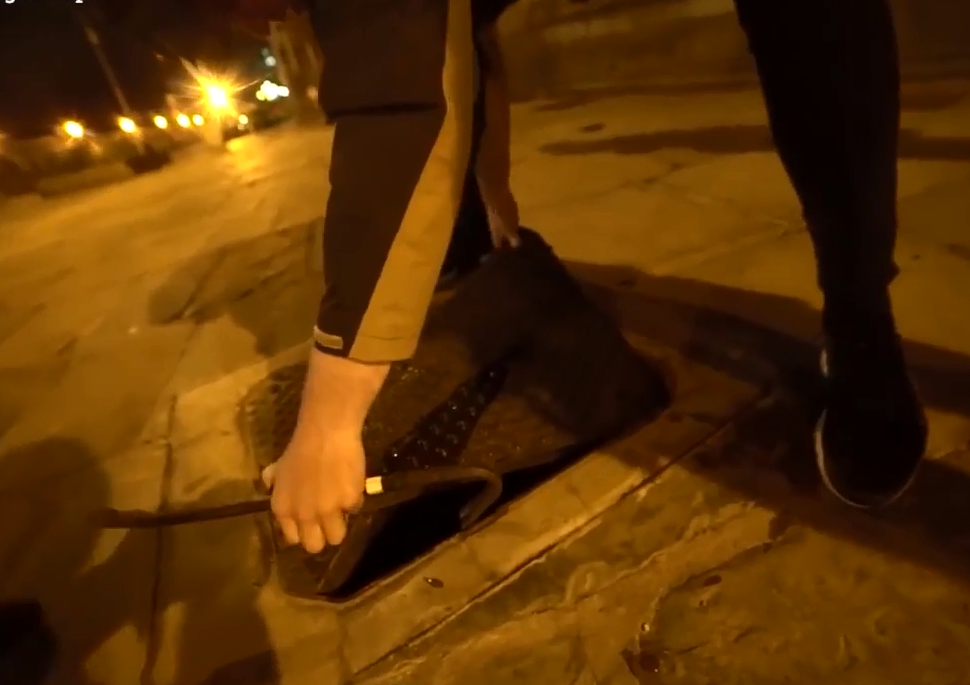 One of the explorers films the friends wandering through a rabbit warren of damp tunnels and rooms, passing windows riddled with bullets.

You can hear them crying "What the f***!" as the sheer scale of the network becomes apparent.

The camera reveals a beautiful arch with the words: "Medical Post" and "Victoria Arches" stamped overhead.

In awed tones one asks: "Have we actually just walked into a city under Manchester?" as they pass from one room to another. 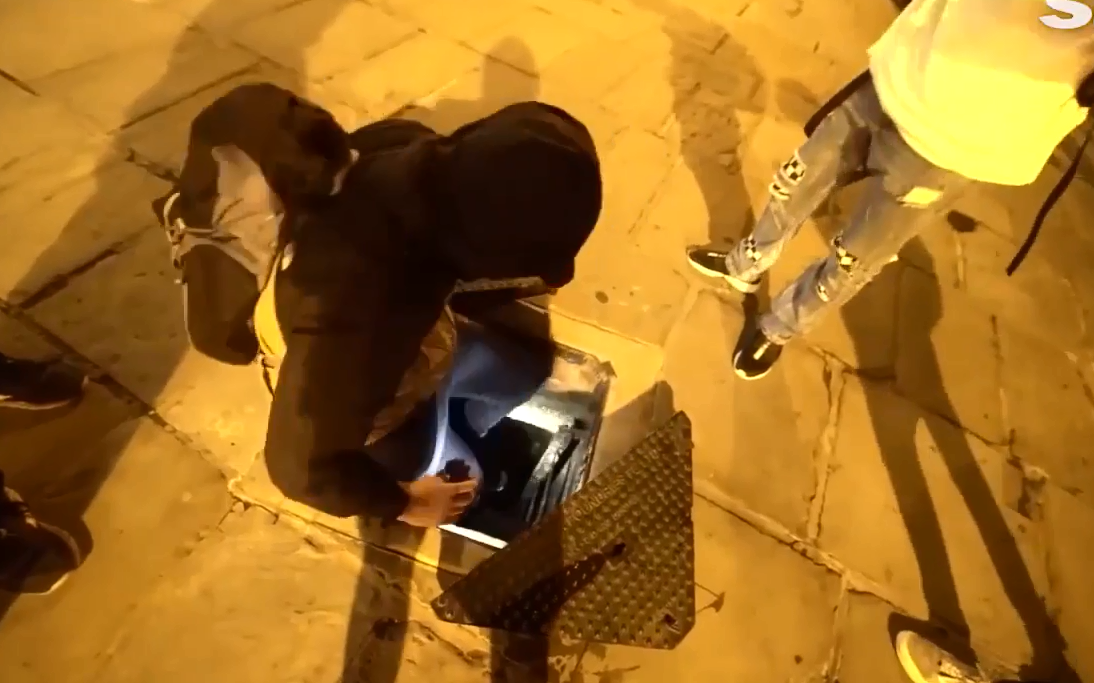 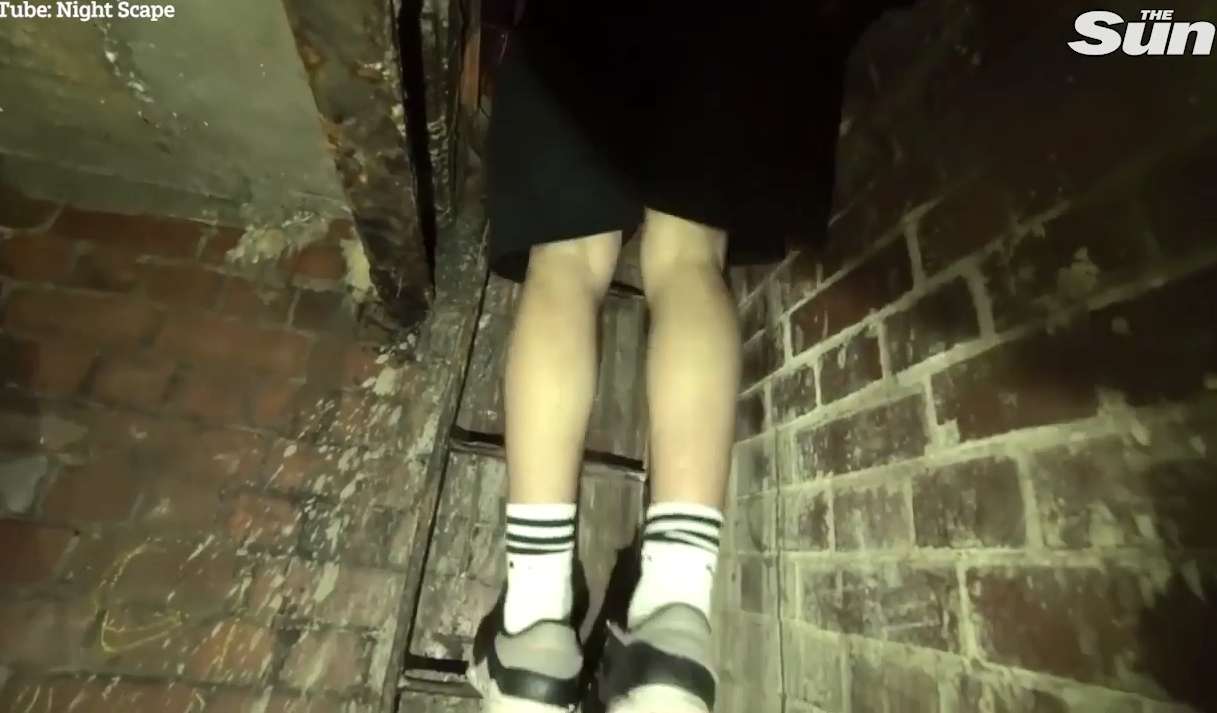 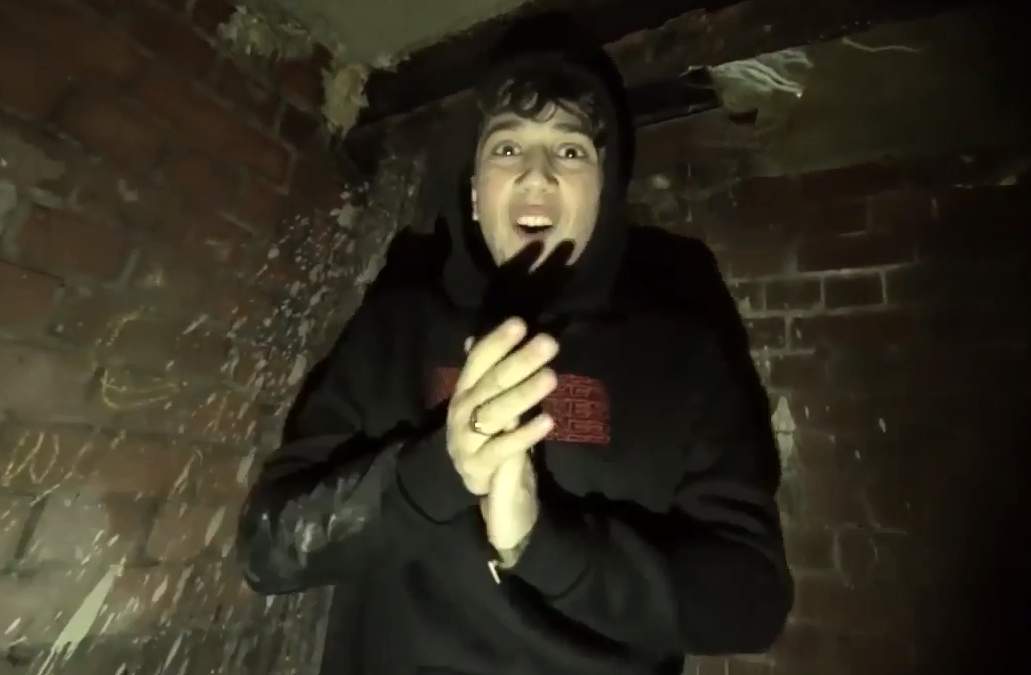 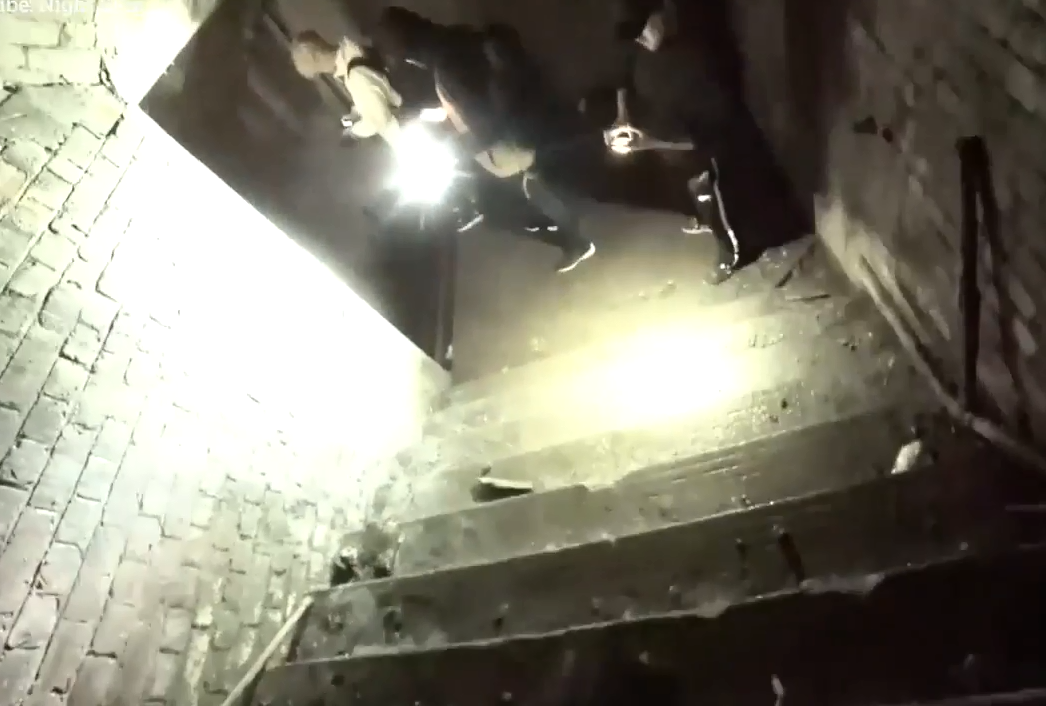 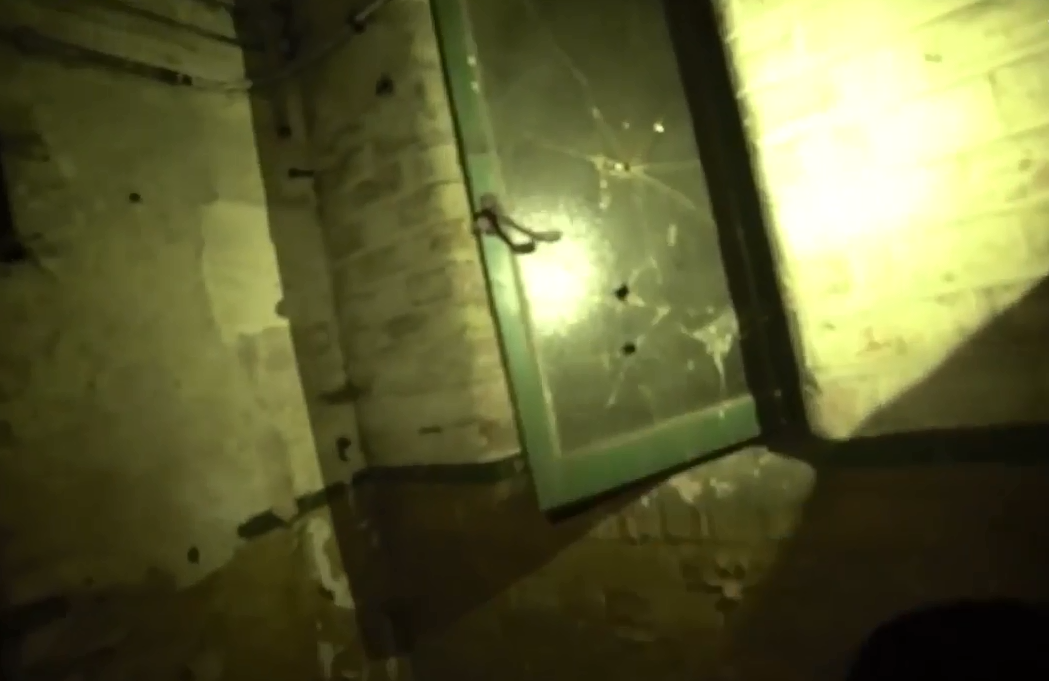 They then discover a vast bathroom with dozens of urinals and toilets – which are astonishingly intact.

The Victoria Arches were said to be used for businesses in the 1800s and later as an air raid shelter during the Second World War.

There is also rumoured to be an old row of undergrounds shops in the vast subterranean network.

Some tunnels and spaces are said to be the result of more modern work, such as the Guardian Exchange and the remains of the Picc-Vic railway tunnel scheme. 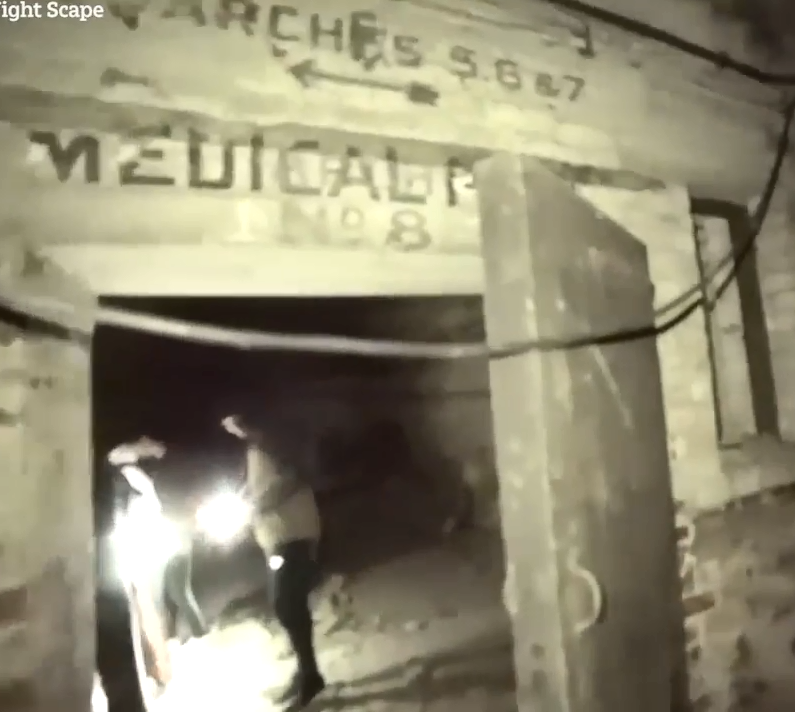 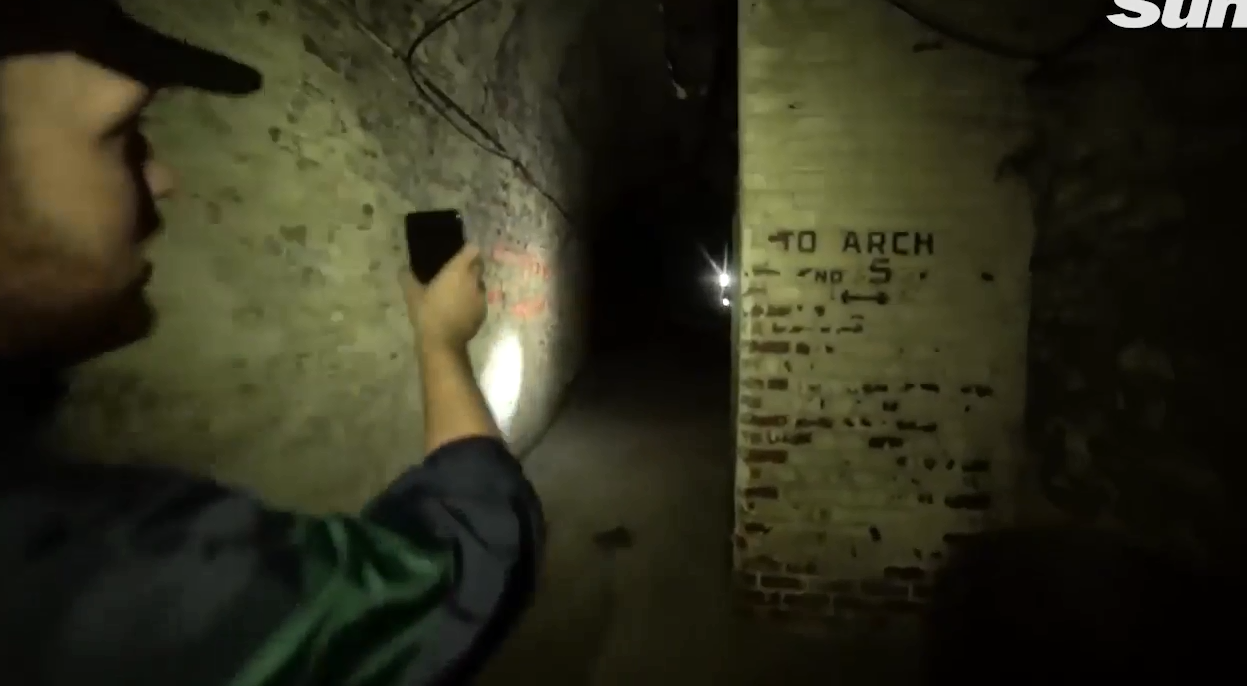 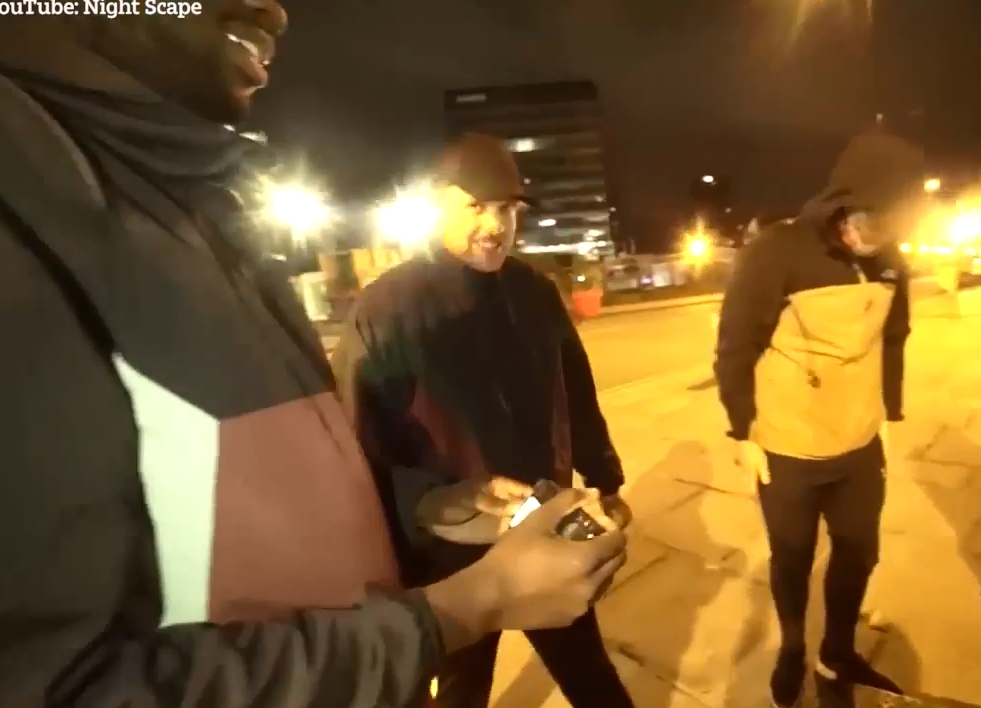 The Picc-Vic scheme was an abandoned tube line in Manchester, proposed two decades before the Metrolink scheme was introduced.

The group are said to have got spooked by eerie sounds and re-emerged above ground shortly after the end of the clip.

They then uploaded their night's work on YouTube – where their adventures have been viewed half a million times.