Washington: The US Justice Department has added new criminal charges against Chinese tech giant Huawei and two of its American subsidiaries, accusing the company in a plot to steal trade secrets, federal prosecutors announced on Thursday. 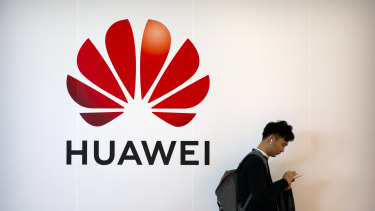 The global battle over Huawei continues.Credit:AP

The indictment was announced by prosecutors in Brooklyn who had previously accused the company of bank fraud.

The case was unsealed as the Trump administration is raising national security and surveillance concerns about Huawei, the world's largest telecommunications equipment manufacturer.

The new indictment adds to the legal woes in the US for Huawe, which already faced bank fraud charges in that district and a separate trade secrets theft in federal court in Seattle.

The latest allegations accuse Huawei of plotting to steal the trade secrets and intellectual property of rival companies in the US. In some cases, prosecutors said, Huawei directed and provided incentives its own employees to steal from competitors by offering bonuses to those who brought in the most valuable stolen information.

A lawyer for Huawei did not immediately return a call seeking comment.