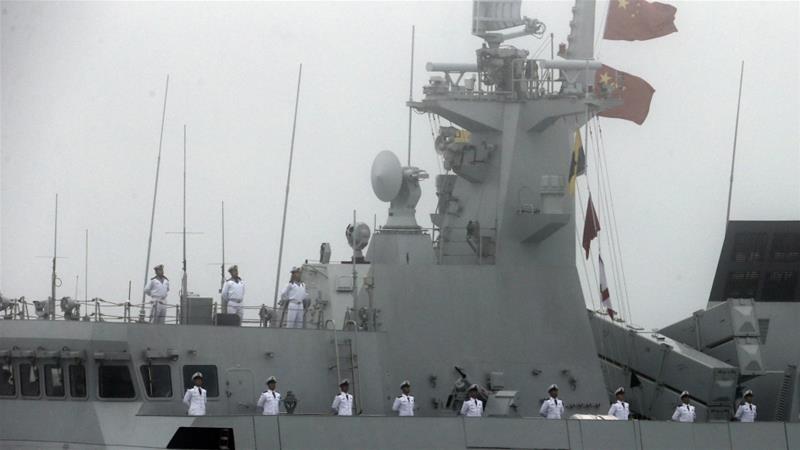 China’s activities in territory it claims in the South China Sea are meant to intimidate other nations in the region, the commander of the US Navy’s Pacific Fleet said on Friday.

Admiral John Aquilino said China’s actions, including constructing islands in the disputed waters, are intended to project its military capacity.

He told journalists at a briefing in the Thai capital Bangkok that in addition to installing anti-aircraft and anti-ship missile systems and radar jamming equipment, China has recently landed bombers on runways on some of the man-made islands it built atop coral reefs and lagoons that dot one of the world’s busiest waterways.

China’s vast territorial claims, far beyond its shores, have been challenged by other claimants, including Vietnam, the Philippines and Malaysia.

About $3 trillion worth of trade passes each year through the South China Sea, and it is abundant with natural resources, said Aquilino.

He called for China to “adhere to the international rights of all, in accordance with international law, as recognised by all nations in the region,” and to respect that other countries can exercise their own rights in the South China Sea.

The US regularly runs naval and air patrols through the disputed areas to assert the right of unimpeded passage.

Aquilino said he sees the role of the US is to “keep the nations and the region secure” in close cooperation with its allies “who share same values.”

“There’s no doubt that the US has stated that we are in competition with the People’s Republic of China. We have inherent disagreements between ideologies,” Aquilino said. He added, however that the competition was not a conflict.

“The US will cooperate where we can, and we’ll compete where we must,” he said.

China has criticised what it calls US interference in the Asia-Pacific region and insists it has sovereignty over virtually the entire South China Sea based on historical grounds.

It has refused to respect an international arbitration ruling in a case filed by the Philippines that invalidated most of its territorial claims.

Chinese ships have also been accused of harassing fishermen from the Philippines, despite President Rodrigo Duterte’s efforts to establish closer relations with Beijing.

In August, Beijing told Duterte that China’s position in the South China Sea was not for for negotiation.