The lawyer leading the inquiry into Victoria's hotel quarantine has foreshadowed strong conclusions likely to embarrass the state government.

Counsel assisting the inquiry Rachel Ellyard said on Friday evidence would show the system might have increased the risk of spreading COVID-19 and that Victorian authorities probably knew of the offer of military help, despite statements that appear to contradict the claim. 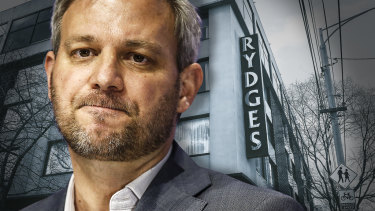 Final submissions to the inquiry are expected within the next fortnight. In summarising the evidence, Ms Ellyard said inadequacies in cleaning, poor comprehension about the use of personal protective equipment and infection prevention and control in hotel quarantine were known to be deficient before outbreaks occurred.

"The evidence was that there were factors which increased or didn't sufficiently guard against the risk of transmission of COVID-19 at the hotel quarantine environments from which the virus has spread," Ms Ellyard said.

"The board may well find that these risks were foreseeable and may have actually been foreseen had there been an appropriate level of health focus in the program from the top down to the bottom."

The virus spread from returned travellers quarantined in the Rydges on Swanston and the Stamford Plaza hotels to more than 30 security guards in May and June, seeding a second wave that has killed hundreds of people in Victoria.

Ms Ellyard said the state's authorities knew they could have had help from Defence Force troops to run the hotels.

She quoted Emergency Management Commissioner Andrew Crisp, who said on the day the program was announced on March 27: "We don't see a need for boots on the ground."

Ms Ellyard said: "The evidence seems to be that the Victorian authorities understood that there was the potential access to ADF help, but they considered that they had enough resources."

Though the Department of Health and Human Services was technically the agency in control of the program, Ms Ellyard said the department wasn't in charge of the health, nor human services on the ground.

And those who might have been assumed to be in charge pointed the finger at others during the hearings this week.

But Professor Sutton, sidelined from the state controller role himself, said he had no oversight of Operation Soteria, the taskforce that ran hotel quarantine.

Ms Ellyard said those who held key roles in Soteria were not health professionals.

"We've heard that it was treated as an emergency, but from the perspective of some involved in the hotel quarantine program, the response was largely focused on control and compliance rather than health," Ms Ellyard said.

More about who made the decision to use private security and not police or the ADF is expected to be revealed next week.

The lead public servants for the departments, including Department of Premier and Cabinet Secretary Chris Eccles, will appear at the inquiry on Monday.

The inquiry heard this week that while former chief commissioner Graham Ashton sent a text about a "deal" that was "set up" by the Department of Premier and Cabinet, "the question of whose idea it was to use private security was and remains a vexed one", Ms Ellyard said.

Mr Crisp has maintained in his statement to the inquiry that in the program's early days, on March 27 and 28, he "did not seek nor did representatives of the Australian Defence Force offer assistance as part of the hotel quarantine program".

Mr Andrews told Parliament's public accounts and estimates committee on August 11: "It is fundamentally incorrect to assert that there was hundreds of ADF staff on offer and somehow someone said no."