VIDEO: Pilot battles a storm to land his homemade plane in Tennessee

This is the terrifying moment a Tennessee farmer has to battle adverse weather conditions to land his homemade aircraft on his land.

Jon Humberd, 44, from Cleveland, Tennessee, decided he had time to take a quick flight before weather closed in.

However, after taking to the skies, Mr Humberd saw clouds closing in far quicker than expected. 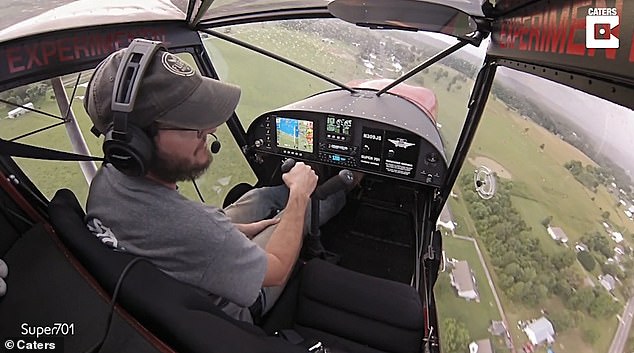 Jon Humberd was flying his home made aircraft around his farm in Cleveland, Tennessee when the weather rapidly closed in 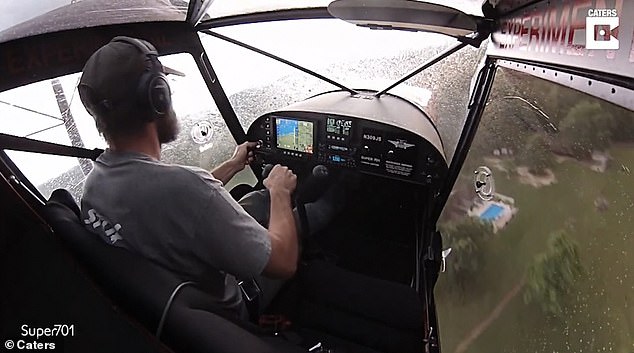 Within a few minutes, the bright sunshine was replaced by rain and powerful winds, which made controlling the aircraft far more difficult 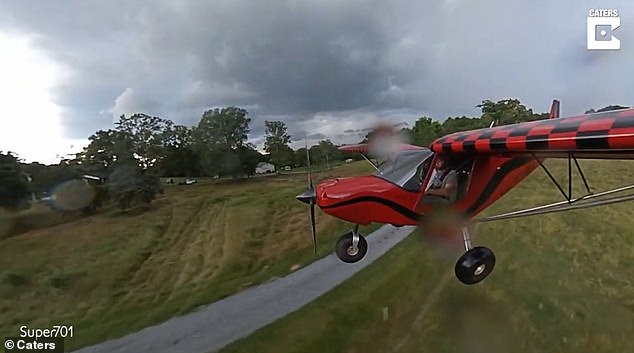 Along with the thunder clouds, Mr Humberd’s aircraft was buffeted by turbulence as winds increased dramatically.

Then, with more than a mile to go before his landing strip, rain started falling.

Mr Humberd was flying a Zenith Aircraft 701 which is not equipped with a windshield wiper as they are only intended to be used in good weather.

His aircraft is fitted with several cameras which recorded the speed at which the weather conditions deteriorated. 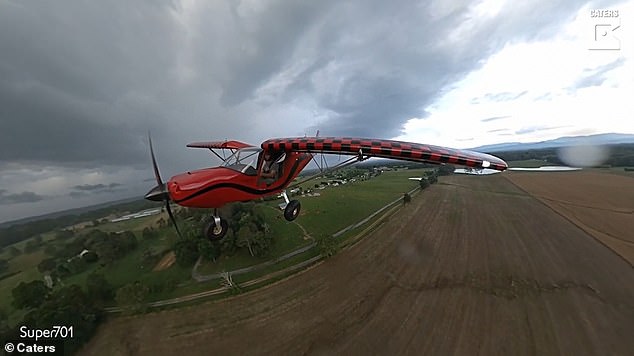 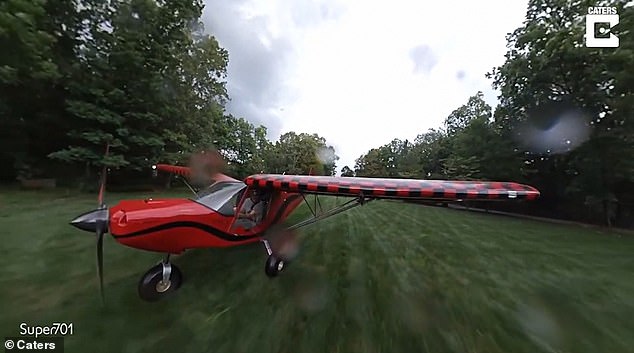 Mr Humberd’s landing strip is surrounded on both sides by high trees. Even after his aircraft slowed down to taxi to its parking location, it was being buffeted by high winds

Worse still for Mr Humberd, the rain was so heavy it was difficult to see out his windshield to pick out his landing strip which was surrounded by tall trees.

As he approached his grass strip, the video captures the significant control inputs Mr Humberd was forced to make to keep his aircraft on the glide slope.

Mr Humberd said he had a strong tail wind which is not ideal when trying to land an aircraft on a short strip.

Planes try to land into the wind as this allows them to reduce speed on approach and they need less runway to come safely to a halt.

As he reaches the runway, Mr Humberd struggles to lose enough speed to allow the aircraft to land.

Even when aircraft makes it down, it continues getting buffeted by the wind.