A WALMART shopper was filmed allegedly spitting and coughing on an employee after apparently not paying her full bill.

The vile moment, caught on video and shared to YouTube via Viralhog, shows the crazed woman berating Walmart workers at the cash register, spitting, and appearing to force a cough. 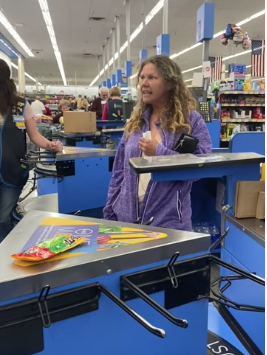 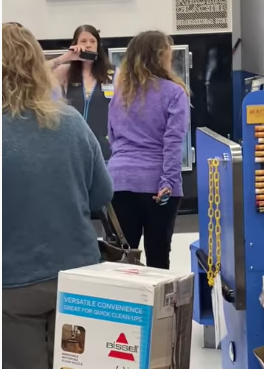 It is believed the incident took place on March 26 at a Walmart in Yreka, California, but The Sun has not been able to verify this.

The woman who took the video told ViralHog she noticed the altercation as she was waiting in line and started recording when the customer became aggressive.

She added: "This was all over $22 that she still had to pay. She did not want to put anything back and she believed that she paid for everything in her cart." 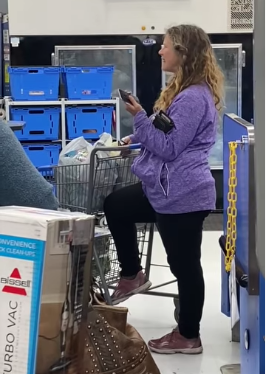 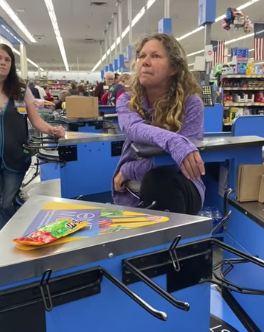 Shortly after the video started, the shopper gets angry, puts her hand on part of the register, and says: "I'm trying to see what I purchased. You guys are so dumb. 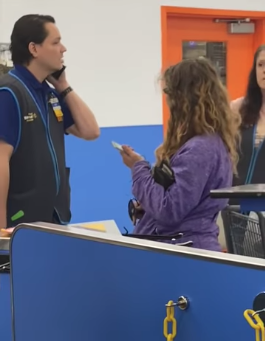 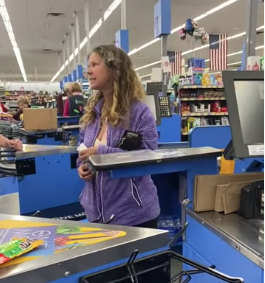 The seemingly manic woman later told the manager: "I coughed. Did you see how easy it was to get the spit out? It's a lesson."

According to the person who took the video, police arrived after the video ended and the woman calmly walked outside.