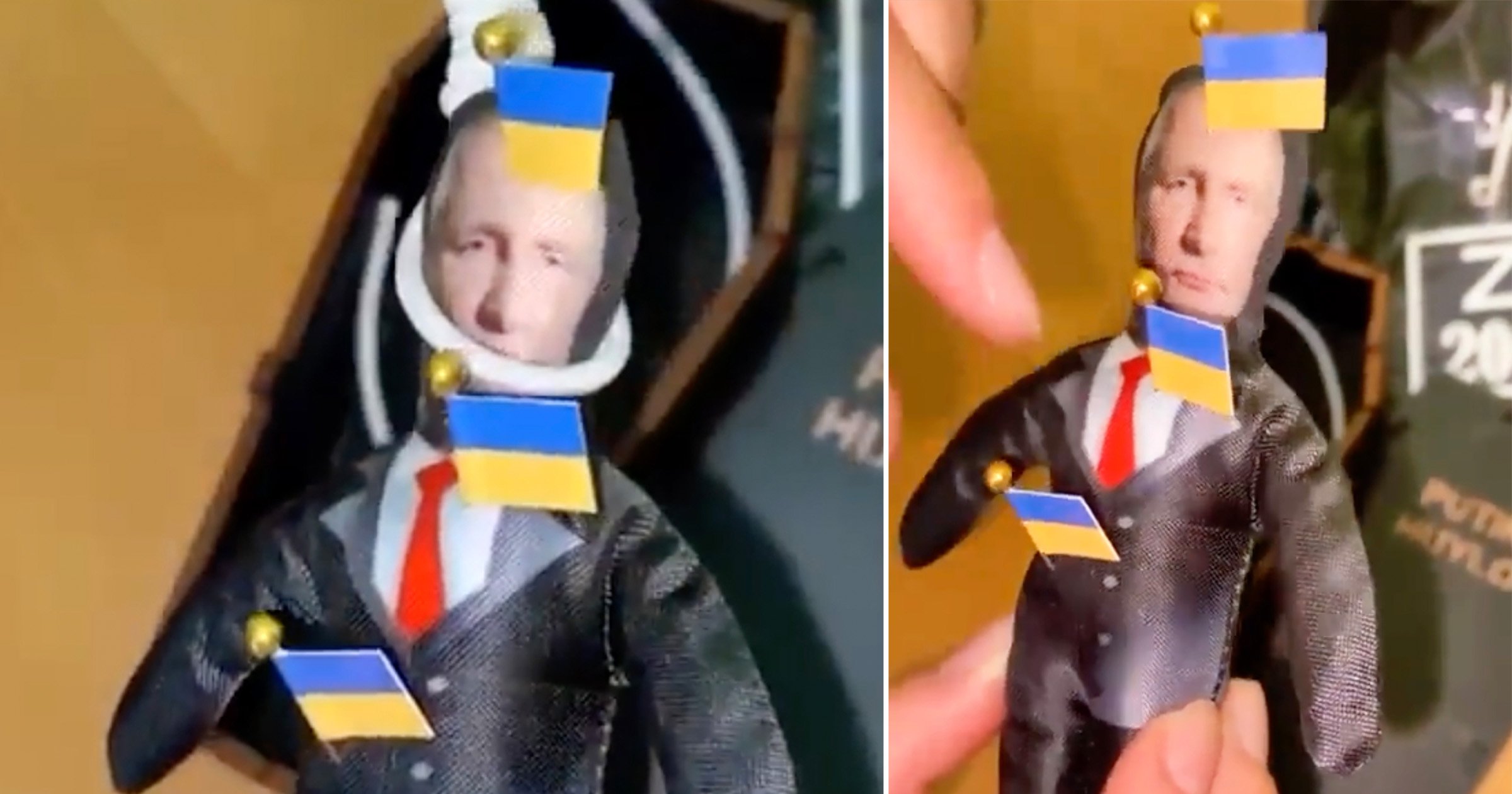 Ukrainians are using all the means at their disposal to fight the Russians – even voodoo magic.

Footage shows someone unpacking a stress toy designed to look like Vladimir Putin.

The toy comes in a plastic bag with a large Z on it, which is the Russian symbol for the war.

The Putin doll is packed into a coffin, accompanied by a noose and pins with the Ukrainian flag on them.

There is a Ukrainian message on the top of the coffin’s lid which translates to ‘death to enemies’.

The opposite side of the lid reads: ‘Putin Huylo’.

This phrase, meaning ‘Putin is a d***head’, has been a slogan against the Russian invasion of Ukraine since the war for Crimea in 2014. 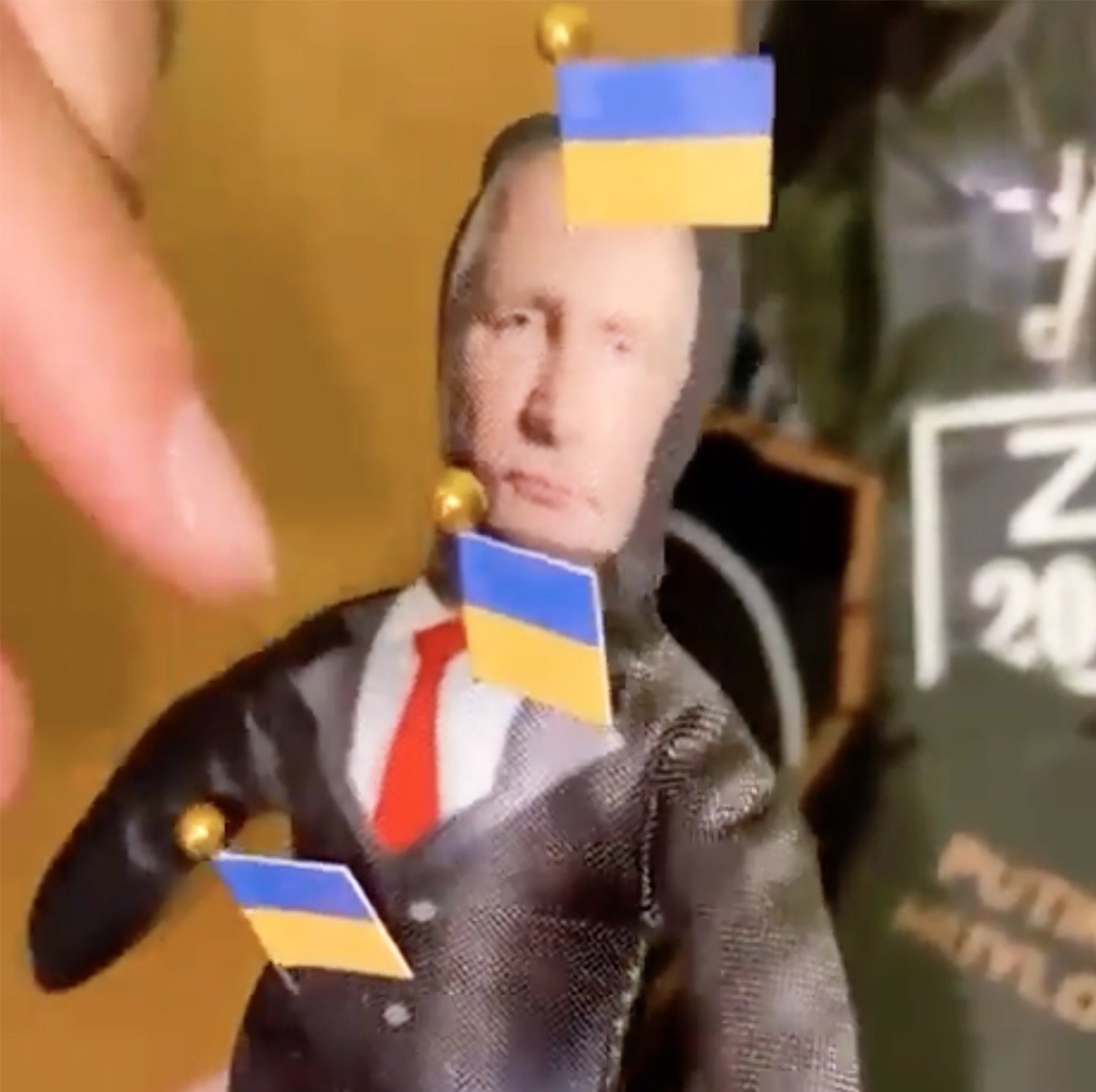 Different makeshift Putin voodoo dolls have appeared on social media before, but this one appears to be professionally assembled.

Indeed, Telegram channels have been advertising it is on sale in the capital city of Kyiv.

‘If you feel it’s not enough, you can hang the dwarf by his scrawny neck, and let it hang anywhere you like.’

Voodoo is a religion practised by people in Haiti, Africa and the US.

It is traditionally a combination of Catholicism and western and central African spirituality.

Many of the religion’s origins are rooted in anti-slavery and anti-colonial movements, but it has become most famous in the west for its dolls.

Traditional healers use the dolls as a way to treat people but, in films and other popular media, they are used to harm or take revenge on enemies.

This is obviously the context in which the doll is being used in Ukraine.