'War criminal': As Biden gets personal with Putin, US, Russia relationship hits a dangerous crisis

WASHINGTON – When President Joe Biden met Vladimir Putin at an 18th century villa in Geneva last June for a three-hour tête-à-tête, he set aside concerns that the Russian president might view the high-profile meeting as a reward.

Biden, who sees foreign policy as the logical extension of personal relationships, claimed no illusions about Putin’s ambitions, including his designs on Ukraine. The president, after all, famously bragged about having told Putin he doesn’t have a soul.

But Biden’s effort to stabilize a volatile relationship with Russia ran into the same road block – Putin – that his recent predecessors had faced.

“They put a lot into it. They were willing to get along with Putin,” Daniel Fried, a former high-level foreign affairs official for both Democratic and Republican presidents, said of the Biden administration.

Shortly before Putin invaded Ukraine, however, a White House official confided to Fried, “Look where that got us.”

Now, Biden has united Western countries against Russia – a coordinated effort that will continue with a NATO summit in Brussels Thursday – and declared Putin a war criminal. He’s also called Putin a “murderous dictator” and a “pure thug” who is waging an immoral war against the people of Ukraine.

Those remarks have put Russian-American relations on the verge of rupture, Moscow warned the U.S. ambassador Monday.

In response, State Department spokesman Ned Price called it “awfully rich to hear a country speak about `inappropriate comments’ when that same country is engaged in mass slaughter.”

Price said the U.S. wants to maintain open lines of communication with Russia.

“But I’ll leave it to the Kremlin to speak to their thoughts,” he said.

More: Putin war crimes in Ukraine will be investigated, but Russian leaders unlikely to be prosecuted 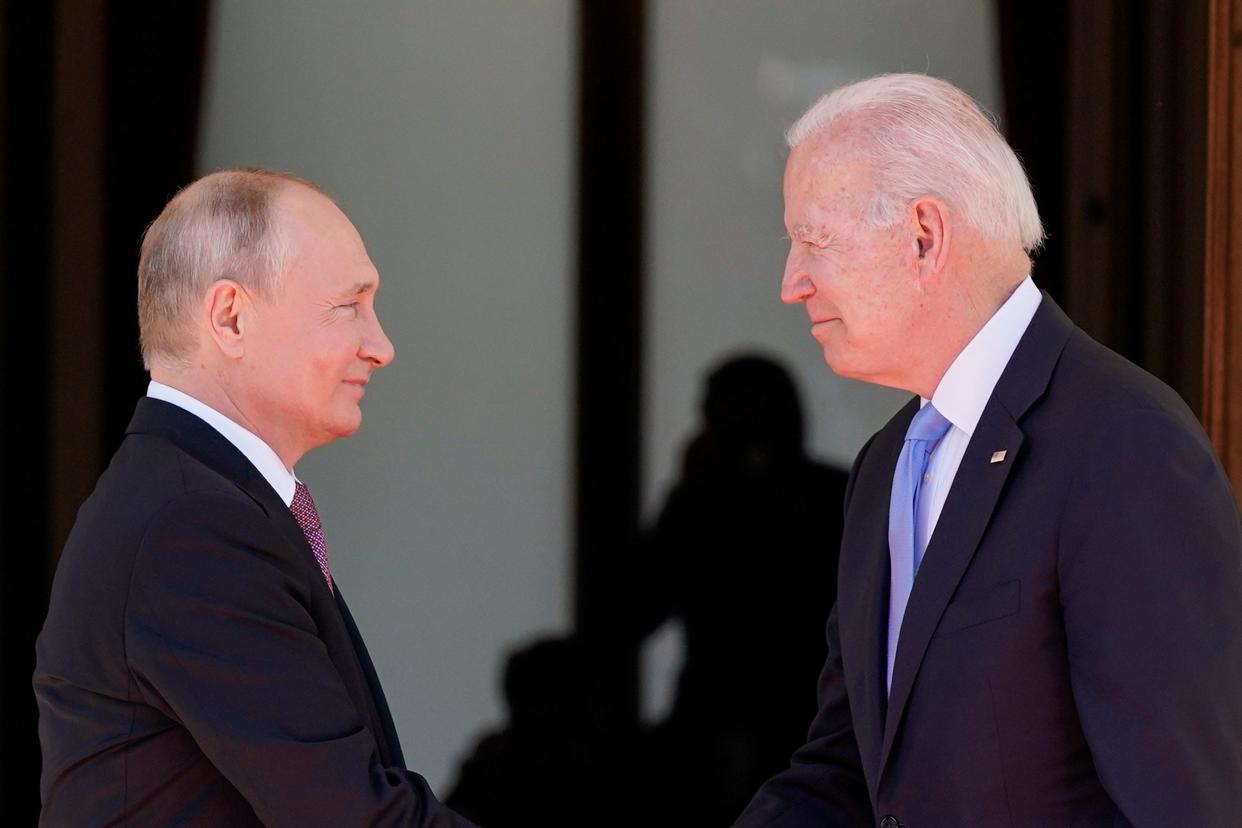 Is Biden personalizing the relationship?

Biden’s vow to make Putin a “pariah” on the world stage and to label him a war criminal could be a risky personalization of the war.

“My own sense is, personalizing it like that, it complicates things,” said Bruce Jentleson, a Duke University professor and author of “The Peacemakers: Leadership Lessons from 20th Century Statesmanship.” “If we’re thinking crisis resolution and limiting the escalation, what we know about Putin, that just makes it more difficult. I think we would have been better off if he didn't say it, even though it's true.”

But other experts said Biden’s harsh rhetoric was a natural evolution and an honest reaction to the unprovoked and bloody assault on Ukraine that has targeted civilians, crushed hospitals and leveled cities.

“Biden was very careful not to castigate him at the very beginning of his presidency,” said Will Pomeranz, acting director of the Wilson Center’s Kennan Institute, a Washington-based think tank dedicated to Russian and Eurasia research. “He started like many politicians in thinking that he could have a big conversation and a relationship with this man. But I think that all of the actions in Ukraine have for the future made that impossible.”

Coming up: Joe Biden will visit Poland on Friday after NATO summit over Russia's war with Ukraine

In case you missed it: Lindsey Graham called for Putin's assassination. Even discussing it brings danger to US, experts say. 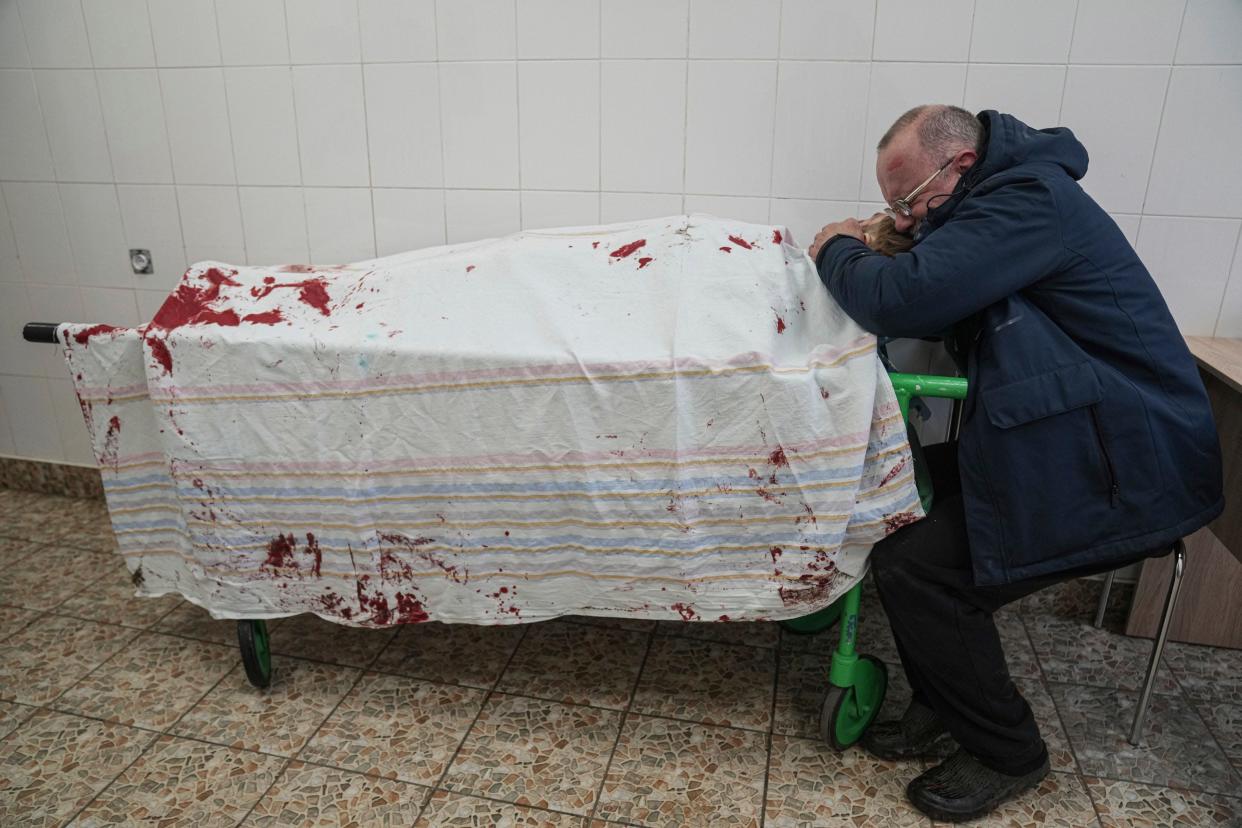 Bill Clinton was the first U.S. president to try to establish a rapport with Putin. Clinton initially had a close relationship with Putin’s predecessor, Boris Yeltsin, including being understanding of his struggles with alcoholism, according to post-Cold War historian Mary Elise Sarotte.

After Clinton's and Yeltsin's bromance soured, and Yeltsin was preparing to turn the reins over to Putin, Clinton tried to turn on the charm during a meeting in the fall of 1999.

“Usually, Clinton is very successful at that. He’s very warm. He’s very engaging. People want to be with him. Other leaders like him,” Sarotte, who has studied declassified records from Clinton’s presidential library, said in a recent interview on National Public Radio’s “Fresh Air.”

But Putin “is just very reserved and very different,” Sarotte said. “And it’s just clear, this is going to be a different relationship.”

What we know about Putin: A life on the world stage, but scant biographical details 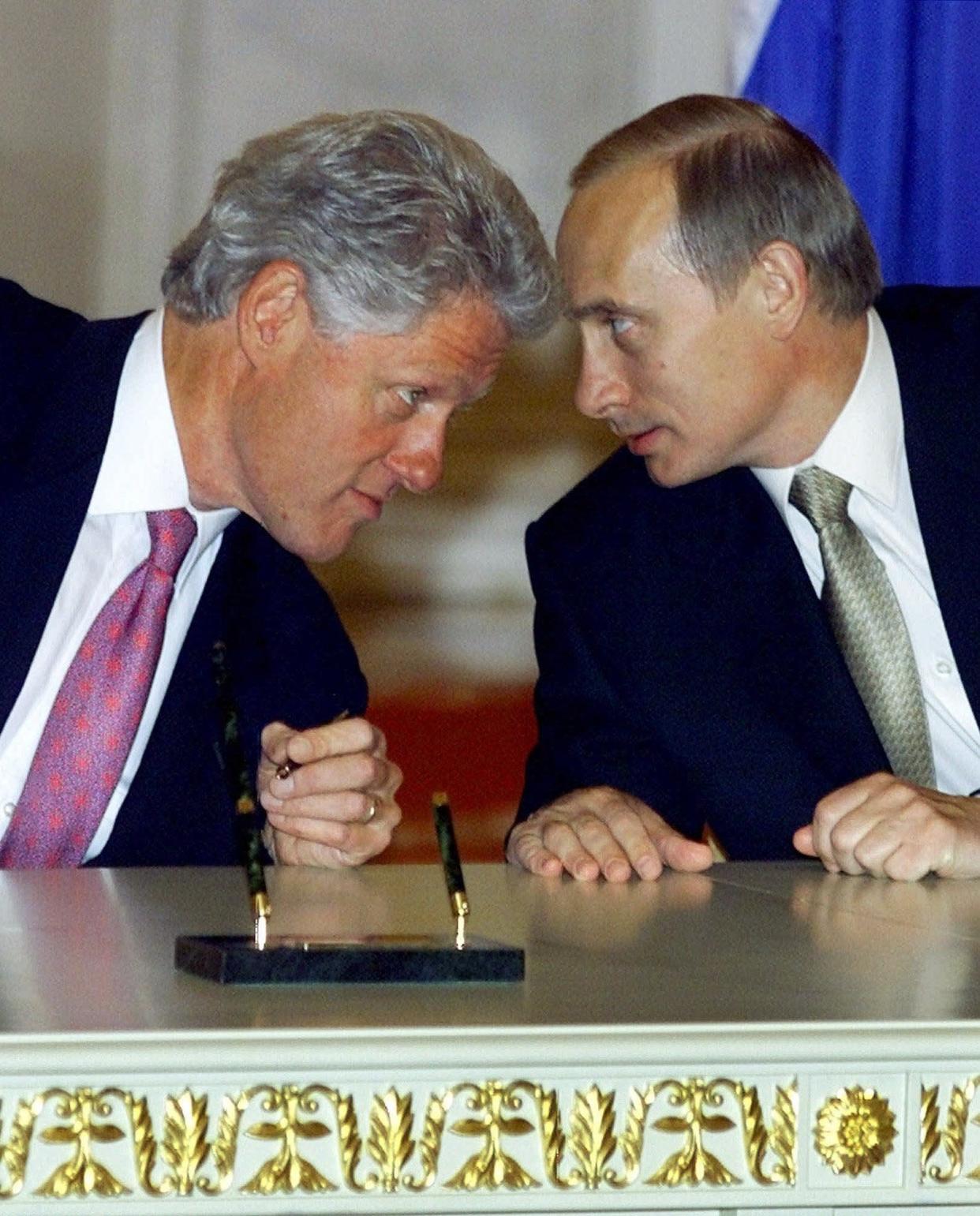 Bush got a 'sense of his soul'

Next, President George W. Bush put a lot of energy into his personal relationship with Putin, according to Fried, who was assistant secretary of state for Europe.

“I helped design that original strategy,” Fried said. “It didn't work out, but I'm not sorry we tried.”

After Bush’s first face-to-face meeting with Putin in 2001, Bush told reporters at a joint press conference that they’d had a good dialogue.

"I looked the man in the eye. I found him to be very straightforward and trustworthy,” Bush said. “I was able to get a sense of his soul.” 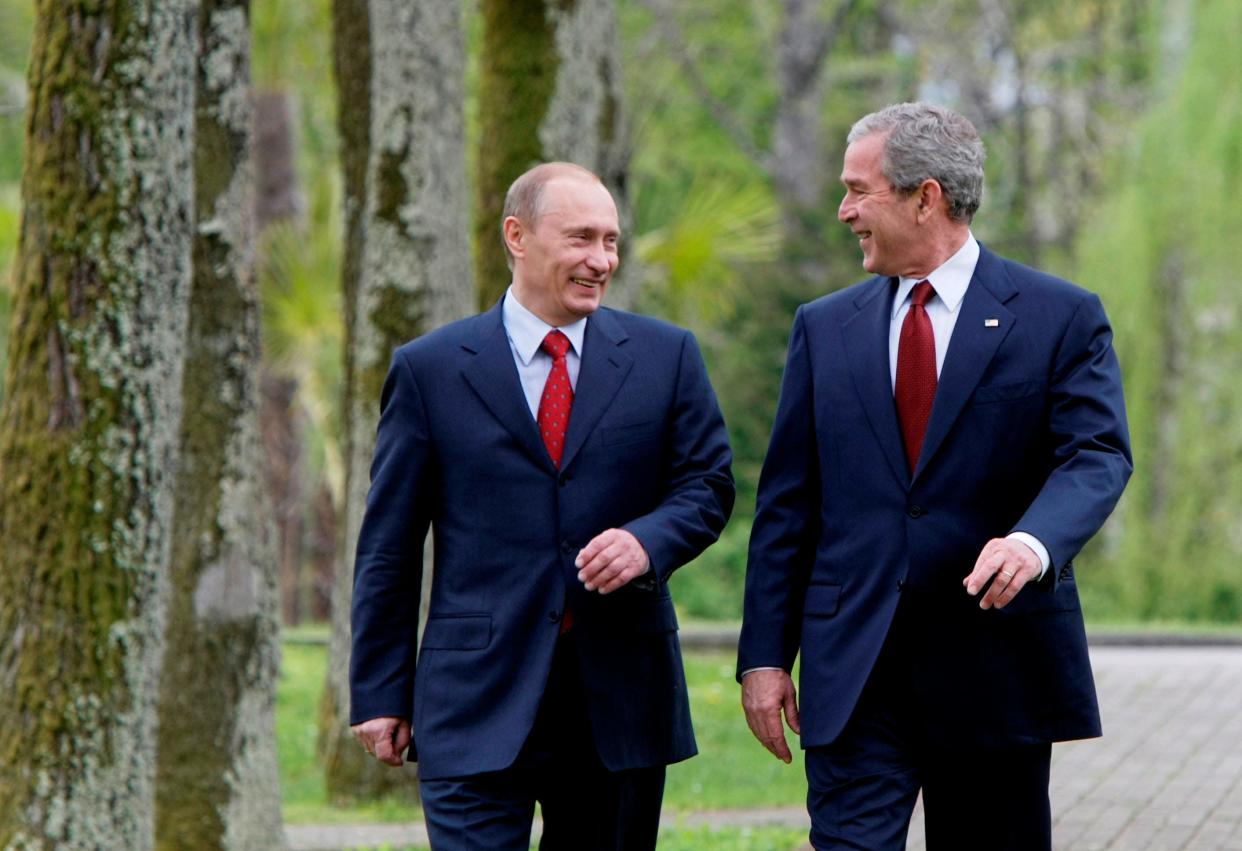 Putin was one of the first world leaders to reach out to Bush after the 9/11 attacks a few months after that meeting. And he was the first foreign leader to visit Bush’s Texas ranch, where they drove around in a pickup.

But Bush’s support for an expansion of NATO angered Putin, who was also unsettled by popular uprisings in several countries of the former Soviet Union.

“By then, it's clear that Putin is not going to be the reformer that people in the West had hoped,” Sarotte said.

Bush still tried to tamp down tensions with Putin before leaving office.

"My strategy all along is to keep relations such that (Putin) will actually listen to what I have to say," Bush told reporters on the eve of an April 2008 trip to Eastern Europe.

"So when you hear people say, 'George Bush has got good relations with Vladimir Putin,’ there’s a reason why."

But that relationship hit a low point months later when Russia invaded Georgia. Confronting Putin at the opening ceremonies of the summer Olympics, Bush told Putin he’d warned him that Georgia’s president was “hot-blooded.”

“I’m hot-blooded too,” Putin responded, according to Bush’s 2010 memoir.

When President Barack Obama met Putin for the first time, at Putin’s dacha outside Moscow in 2009, Putin launched into a 45-minute tirade of “every perceived injustice, betrayal and slight that he and the Russian people had suffered at the hands of the Americans,” Obama wrote in his memoir.

Putin specifically complained that he had liked Bush personally, pledged solidarity after 9/11 and had even offered help in handling Saddam Hussein. But in return, Putin groused, the U.S. destabilized the entire Middle East by invading Iraq and continued to encroach on Russia’s “sphere of influence” by admitting former Warsaw Pact countries into NATO and supporting the “color revolutions” in Georgia, Ukraine, and Kyrgyzstan.

While Obama found Putin’s sense of grievance real – at no longer being treated as the leader of the super power that Russia once was and viewing America as dictating its terms to the rest of the world – Obama also likened him to a “ward boss” for whom a lack of scruples was not a flaw but an advantage.

Still, Obama hoped his attempt at a “reset” with Russia would allow the two countries to focus on areas of common interest while acknowledging their significant differences.

Victor Ashe, former U.S. ambassador to Poland under both George W. Bush and Barack Obama, said both of those presidents viewed Putin as a rival but still looked to find areas of agreement.

“I think Biden has learned what we’re all learning: It’s difficult to have a relationship with someone who is basically a war criminal,” Ashe said.

6 meetings: How the US-Russia relationship has evolved from Gorbachev to Putin 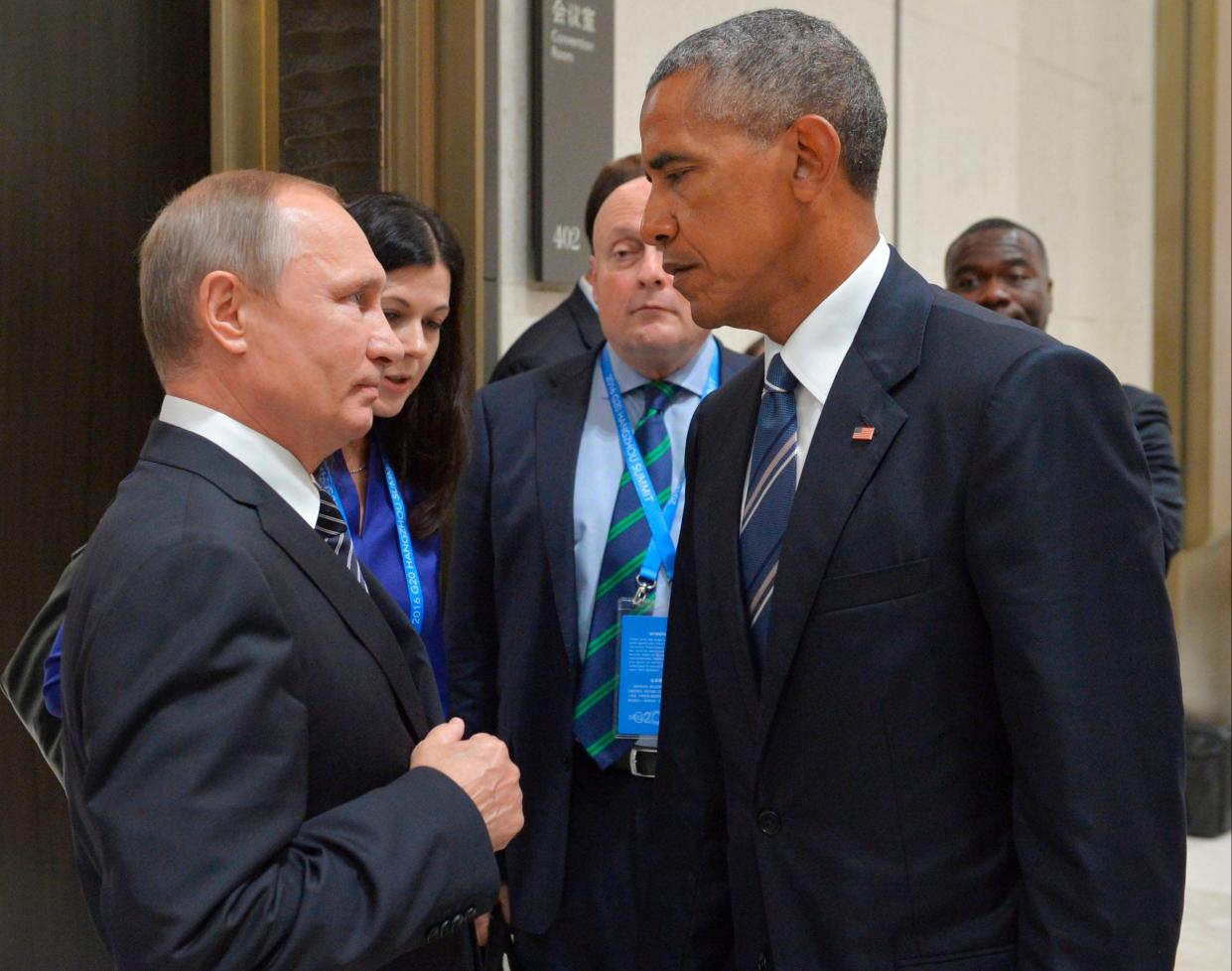 Biden approached his dealings with Putin in much the same way as other U.S. presidents who thought they could manage the Russian leader and find a way to work with him, said Heather Conley, president of the German Marshall Fund, which promotes cooperation and understanding between North America and Europe.

But the dialogue collapsed “because we inherently are completely contradictory in our values and our views,” she said.

“All of our norms of policy and dialogue and negotiation – none of that fits into Putin’s world,” she said. “That has always been, in some ways, our own handicap. We view Vladimir Putin through the lens of our own logic, not Putin's logic. And we use all of our tools that are normal tools. But they are inadequate for Putin and his methods.”

Still, after the two leaders met in Geneva last year, Biden said there was a “genuine prospect to significantly improve relations between our two countries without us giving up a single, solitary thing based on principle and/or values.” 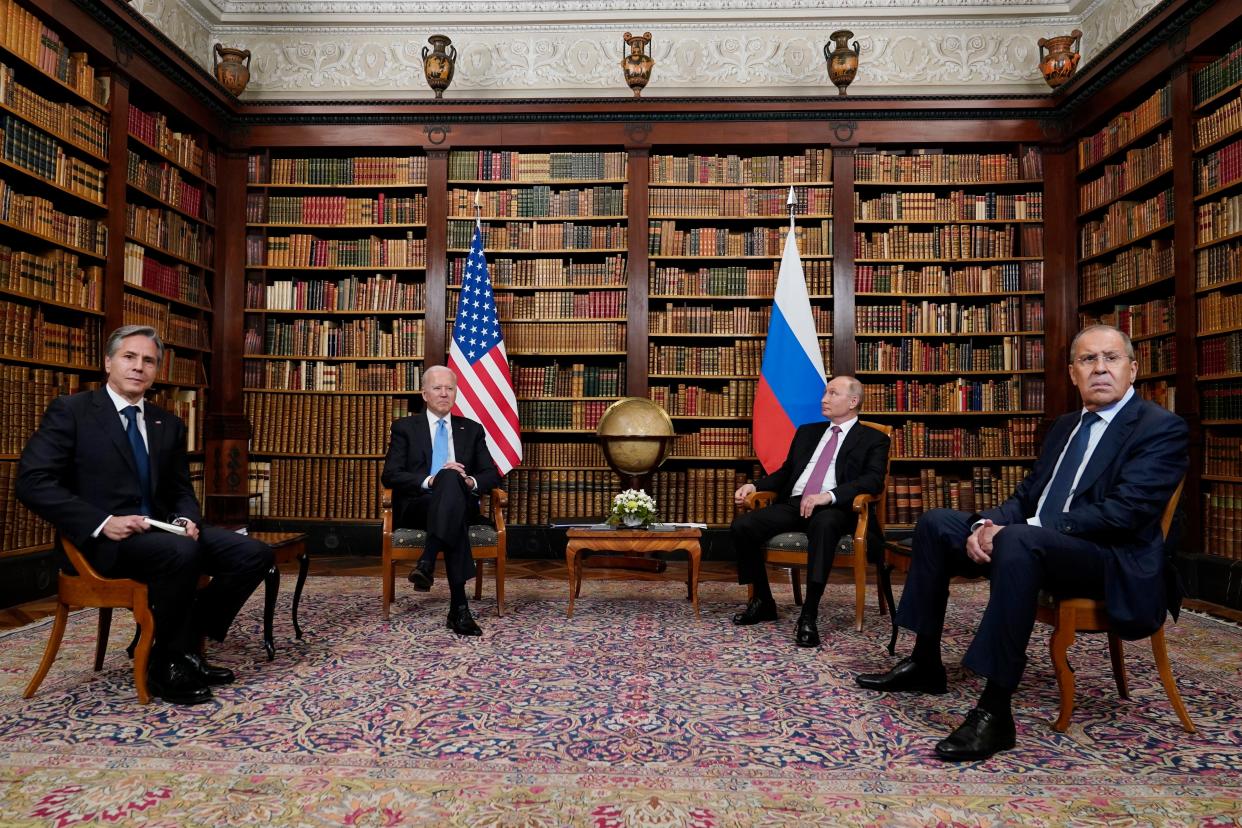 The leaders had previously met when Biden was vice president, during a 2011 trip to Russia. Referencing Bush’s claim that he had gotten a sense of Putin’s soul, Biden later said he told Putin: “I don’t think you have a soul.”

“And he looked back at me, and he smiled, and he said, ‘We understand one another,’” Biden told The New Yorker’s Evan Osnos in 2014.

Full comprehension is a claim Biden continued to make.

In January, as the administration was pressuring Putin not to attack Ukraine, Biden said both sides had been clear in their communications.

“We have no problem understanding one another,” Biden said at his January 19th news conference, a few weeks before Putin began his assault.

Biden’s decision last week to brand Putin as a war criminal is “very stark” but accurately reflects what is happening in Ukraine, Conley said.

Russian attacks on hospitals, the targeting of civilians in Ukraine, the lack of justification for the invasion – “those are war crimes,” she said. “And this war is being executed by the leader of the country, Vladimir Putin.”

Maps, photos: Millions of refugees are fleeing Ukraine. Where are they going? 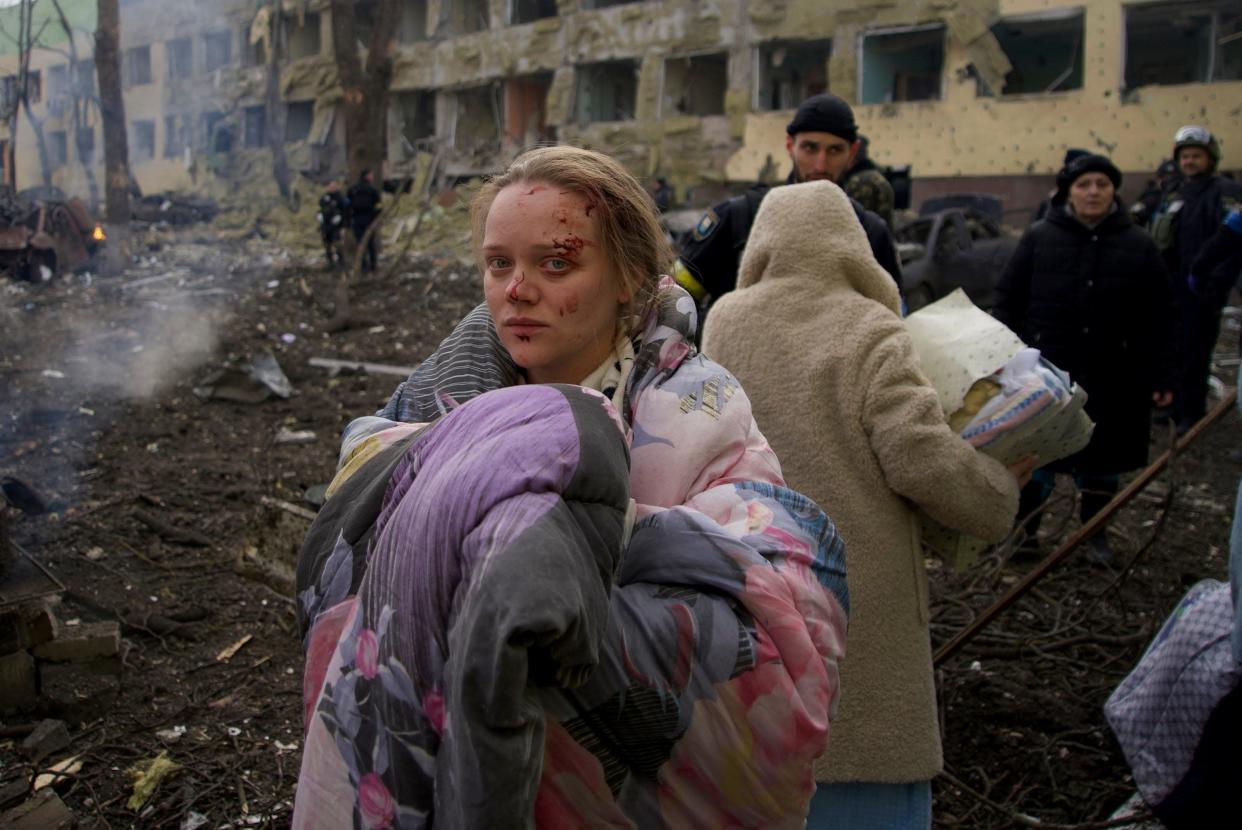 Jentleson, however, said President John F. Kennedy tried not to personalize the standoff with Nikita Khrushchev during the Cuban missile crisis but tried to “help them help themselves, and help us to find a way to end the crisis and not escalate to nuclear war.”

While the Biden administration has been largely following the same approach, labeling Putin a war criminal didn’t help, said Jentleson, who is a distinguished fellow at the Woodrow Wilson International Center for Scholars.

But Fried said Biden’s tough language won’t have any bearing on the prospects for a negotiated settlement.

“If the Russians want to deal, this isn’t going to stop them,” Fried said. “And if they don’t want to deal, Biden pulling his punches won’t make a deal.”