RIYADH/LONDON (Reuters) – Iran said on Monday U.S. cyber attacks on its military had failed, as Washington sought to rally support in the Middle East and Europe for a hardline stance that has brought it to the verge of conflict with its long-time foe.

Last week the United States came as close as it has ever come to bombing Iran, when President Donald Trump aborted a retaliatory air strike just minutes before impact.

Trump said he decided the strike, to punish Iran for shooting down a drone, would have killed too many people.

The confrontation has escalated since May, when Washington sharply tightened economic sanctions on Iran, ordering all countries to halt imports of Iranian oil, in what the Trump administration says is an effort to force Tehran to open talks on its nuclear and missile programs and regional behavior.

In recent weeks, Washington has blamed Tehran for attacks on tankers in the Gulf, which Iran denies. Iran shot down the drone, saying it had flown over its air space. Washington says it was in international skies.

The United States, which accuses Iran of encouraging allies in Yemen to attack Saudi targets, is expected to announce another round of new sanctions this week.

U.S. media have reported that Washington launched cyber attacks last week even as Trump called off his air strike. The Washington Post said on Saturday that the cyber strikes, which had been planned previously, had disabled Iranian rocket launch systems. U.S. officials have declined to comment.

But Iran dismissed the cyber attacks as a failure.

“They try hard, but have not carried out a successful attack,” Mohammad Javad Azari Jahromi, Iran’s minister for information and communications technology, said on Twitter.

“Media asked if the claimed cyber attacks against Iran are true,” he said. “Last year we neutralized 33 million attacks with the (national) firewall.”

Allies of the United States have been calling for steps to defuse the crisis, saying they fear a small mistake by either side could trigger war.

“We are very concerned. We don’t think either side wants a war, but we are very concerned that we could get into an accidental war and we are doing everything we can to ratchet things down,” British Foreign Secretary Jeremy Hunt said. 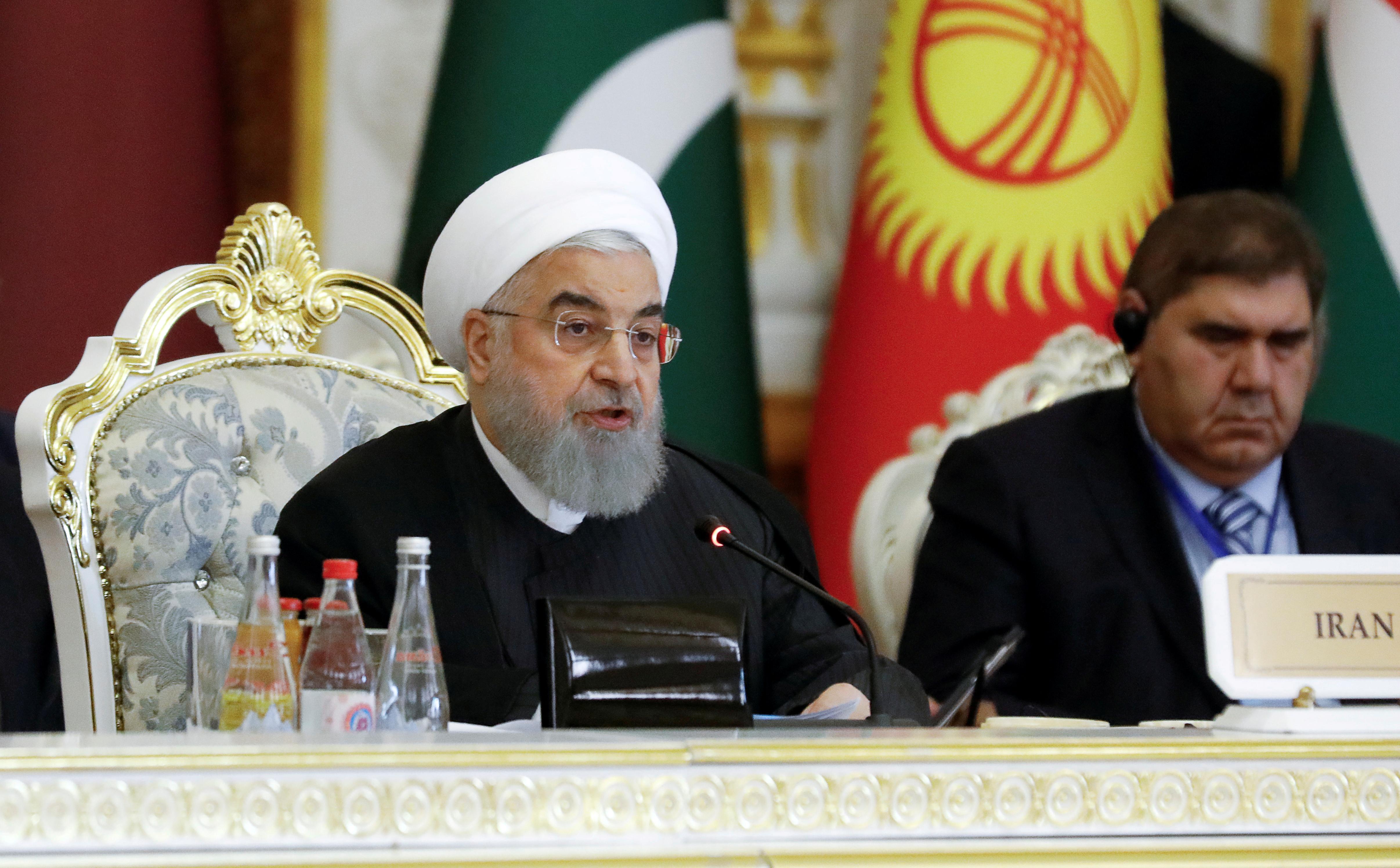 Discussions focused on maritime security in the Gulf after the attacks on the tankers. “Freedom of navigation is paramount,” Pompeo tweeted from Jeddah. Trump tweeted that other countries should do more to protect their own ships in a waterway guarded for decades by the U.S. Fifth Fleet.

The U.S. special representative for Iran, Brian Hook, visited Oman and was headed to Europe to explain U.S. policy to allies. He told European reporters on a phone call ahead of his arrival that Trump was willing to sit down with Iran, but that Iran must do a deal before sanctions could be lifted.

U.S.-Iran relations have deteriorated over the past year since the United States abandoned a 2015 agreement between Iran and world powers designed to curb Iran’s nuclear program in return for the lifting of sanctions.

Washington argues that the agreement known as the JCPOA, negotiated under Trump’s predecessor Barack Obama, did not go far enough, and new sanctions are needed to force Iran back to the table to make more concessions.

Throughout the escalation, both sides have suggested they are willing to hold talks while demanding the other side move first. In the latest comment from Tehran, an adviser to President Hassan Rouhani repeated a longstanding demand that Washington lift sanctions before any talks.

But the adviser, Hesameddin Ashena, also tweeted a rare suggestion that Iran could be willing to discuss new concessions, if Washington were willing to put new incentives on the table that go beyond those in the deal. 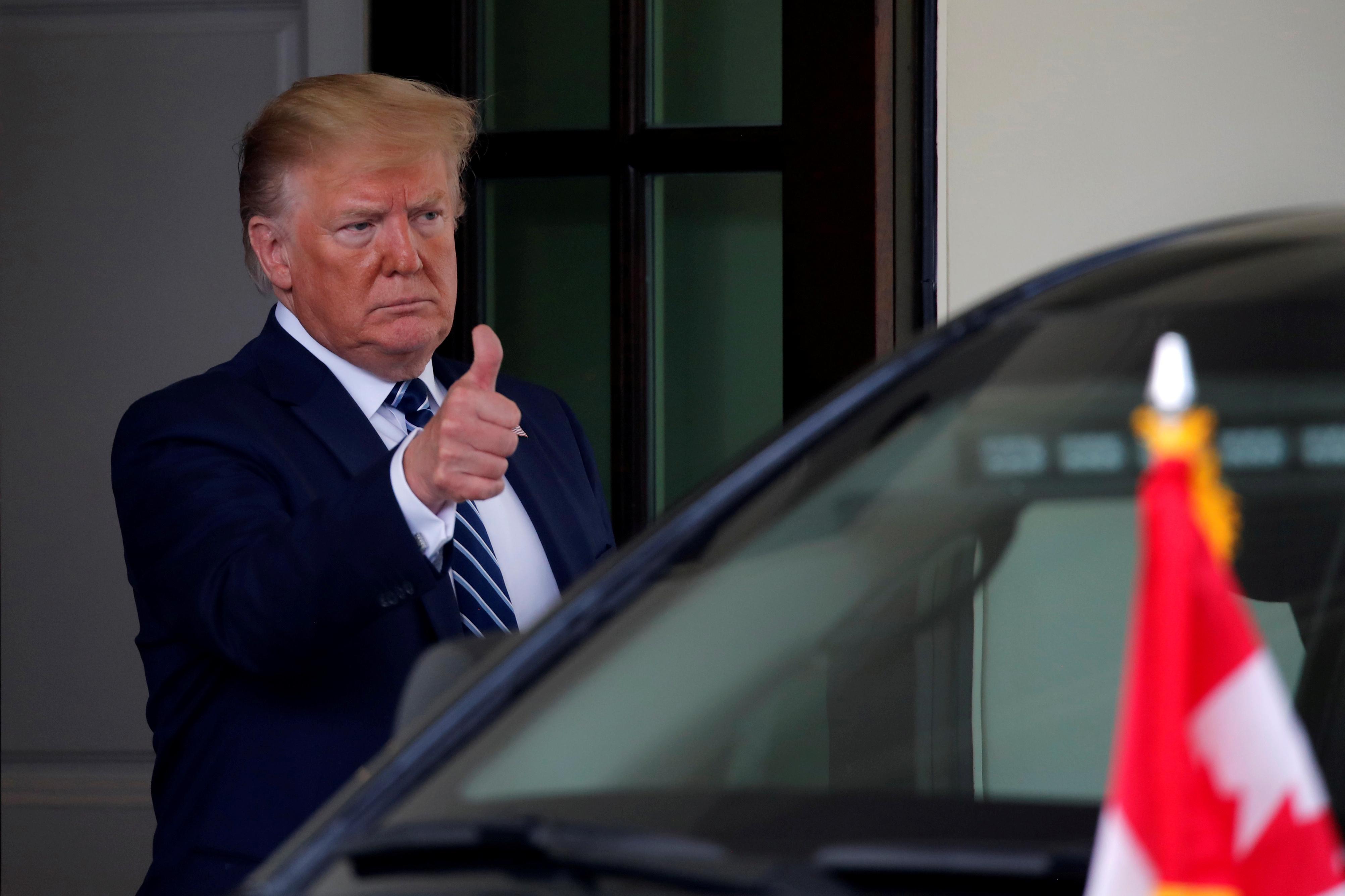 Iran’s foreign ministry spokesman, Abbas Mousavi, was quoted by ISNA news agency as saying on Monday Tehran did not “want a rise of tensions and its consequences”.

U.S. allies in Europe and Asia view Trump’s decision to abandon the nuclear deal as a mistake that strengthens hardliners in Iran and weakens the pragmatic faction of Rouhani.

Trump has suggested that he backed off the military strike against Iran in part because he was not sure the country’s top leadership had intended to shoot down the drone. However, an Iranian commander said Tehran was prepared to do it again.

“Everyone saw the downing of the unmanned drone,” navy commander Rear Admiral Hossein Khanzadi was quoted on Sunday as saying by the Tasnim news agency. “I can assure you that this firm response can be repeated, and the enemy knows it.”