What happened to Russell Martin? A sister’s plea on 1977 cold case

The sister of a man who went missing 43 years ago has made an emotional plea for information on his whereabouts so she can lay him to rest.

Bev Roberts, 80, says she thinks of her brother, Russell Martin, "every day". 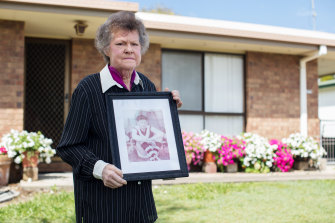 Bev Roberts at her Queensland home with a photo of her brother, Russell Martin.Credit:Ellen Foulds

She believes that in the small town of Stawell in western Victoria, population 6000, someone must know what became of the woodcutter and father of four, then aged 31.

"It’s time to get it off their chests and tell the truth," Mrs Roberts said.

"I’m not really interested in who did what. I need to know ‘where’ so I can lay him to rest before I die. And my time is running out." 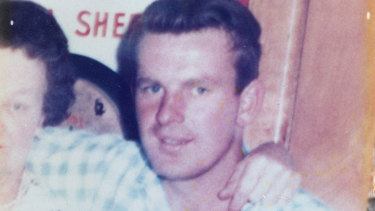 Russell Martin’s story is told in a new podcast to be accessible from October 3 under the Casefile: True Crime series, casefilepodcast.com

It was made after Mrs Roberts wrote to Missing Persons Advocacy Network CEO Loren O’Keeffe to ask for help. 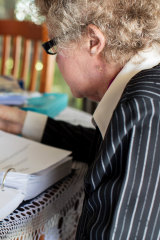 Bev Roberts says she thinks of her brother Russell every day.

The case reminded Ms O’Keeffe of her own "torment of not-knowing" when her brother Dan O’Keeffe was missing for five years before his remains were found in 2016.

In his findings of a 2002 inquestinto Mr Martin's disappearance, then-coroner Timothy McDonald found that he died on or about January 20, 1977, "at an unknown place from unknown unnatural causes".

He appeared upset, packed some personal effects and told her to sell everything to pay debts.

She saw him get into a white car and she had not seen him since.

The coroner found that Mrs Martin did not report him missing. Bank and government records showed no trace of him.

But the coroner described Mr Martin as having a violent temper, and said he had committed acts of domestic violence.

Neighbour Dorie Stenhouse had told police that in early 1977, Helen told her she would leave her husband, but was concerned he would return and shoot her. (Helen today denies she said this).

Dorie’s husband, Charlie Stenhouse, told police that in mid-January 1977, he went to the Martins' house and found Mr Martin in bed, delirious.

Three days later, Helen Martin told the Stenhouses that her husband had left her on a Monday.

However, Bev Roberts testified that Mrs Martin first told her that he left on a Tuesday, then Thursday.

The coroner said he was satisfied that Helen "has not disclosed the true circumstances surrounding the disappearance of her husband to the court".

The coroner named one male witness as not frank, open or truthful in evidence he gave, and said a second man knew more than he told investigators.

She told The Age this week: "I have not got a clue in the world what happened to him."

She said Mr Martin may have left town to escape debts.

But Bev Roberts said it was out of character for her brother to flee without contacting relatives.

Thoughts of his possible last moments keep her awake at night.

She thanked The Age "for giving me the opportunity to be a voice for my brother."

A police spokesperson said the investigation into the disappearance of Russell Martin remains unsolved and welcomed new information on the case to be submitted to Crime Stoppers, 1800 333 000 or www.crimestoppersvic.com.au