Where are the Essex Lorry killers now?

THE discovery of 39 bodies in a lorry container in Essex last year in 2019 was the UK's worst migrant tragedy in nearly two decades.

The Vietnamese nationals – men, women and children had suffocated after being sealed inside an airtight unit for nearly 12 hours in pitch darkness. Here's what we know about those responsible for the people trafficking disaster.

The 26-year-old lorry driver, from Craigavon in Northern Ireland, found the bodies of the 39 migrants after he picked up the trailer they were in at Purfleet.

He admitted manslaughter, being part of the people-smuggling gang and acquiring criminal property.

Robinson was tasked with collecting the trailer on October 23rd 2019 and was shown by Nica where to take it in Orsett the night before.

In the 23 minutes before he called 999, he exchanged a series of calls with Hughes and Nica, who in turn alerted other members of the team, including those waiting in Orsett. When he spoke to Nica, he allegedly told him: “I have a problem here – dead bodies in the trailer.”

When he finally rang 999, Robinson claimed he had found the bodies after he heard “a noise in the back”, even though the evidence suggested they had been dead for hours.

In January 2021, he was sentenced to 13 years in prison for conspiracy to assist unlawful immigration, and acquiring criminal property and manslaughter of 39 people.

Logistics boss Hughes had been a lorry driver before he set up his own haulage business, operating on either side of the Border.

In 2009, he was jailed for 30 months for smuggling some six million cigarettes from Calais to Dover. He admitted evading revenue of around £927,000 and was sentenced at Maidstone Crown Court, it can now be reported.

A decade later, the 41-year-oldfrom County Armagh, recruited a team of young Irish lorry drivers to take on the riskiest roles in the people-smuggling operation while directing them via burner phones.

He got his hands dirty on October 18th 2019 when he tried to cover up human contamination in a load of biscuits with Christopher Kennedy.

He knew there was a serious risk to the 39 migrants on October 22nd, telling lorry driver Maurice Robinson, who picked them up, to “give them air quickly” but not let them out.

Hughes pleaded guilty to manslaughter and people smuggling in August.

The brother of Ronan Hughes, 24, was raised as a suspect early in the investigation and was voluntarily interviewed in the Republic of Ireland.

He was another of Hughes’s drivers, even though his actual boss was Irish haulier Caolan Gormley who was arrested and released under investigation.

The 24-year-old’s role was to pick up the human cargo at Purfleet docks and take them to Orsett for onward transfer to London on the two successful runs.

In between those trips, he was also caught with 20 Vietnamese people in his trailer at Coquelles in France on October 14th 2019 – two of whom ended up among the 39 dead days later. 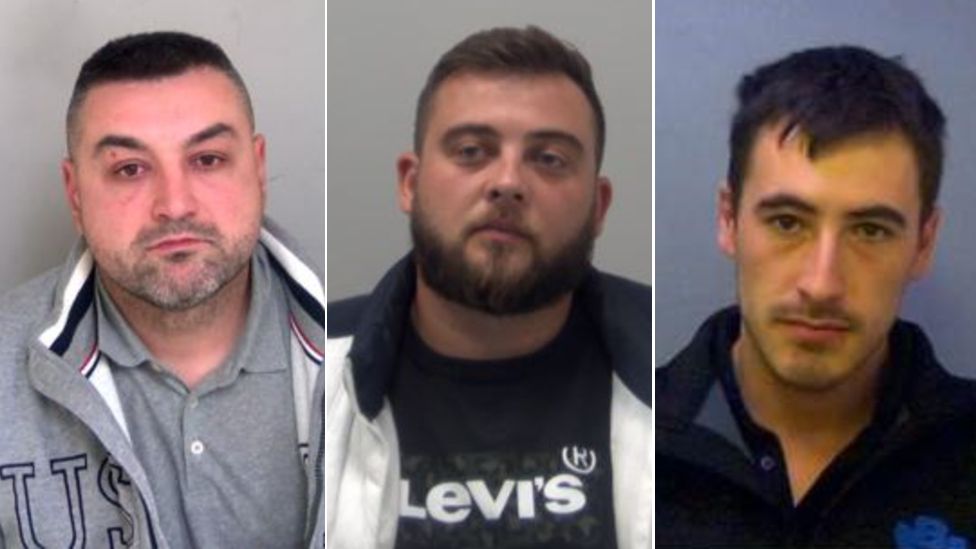 On the day of the deaths, it was Kennedy who Hughes called within seconds of finding out from Robinson that 39 migrants had died in one of his trailers. And asked by a friend what he thought had happened, he replied, there “must have been too many and run out of air”.

Growing up on a small holding in Keady, Kennedy felt the pressure of being the oldest of four siblings, particularly after his father had an accident and could no longer work. But he racked up three driving offences from the age of 13 when he was caught behind the wheel of a tractor illegally, according to the Irish Times.

In January 2021, Kennedy was jailed for seven years for conspiring to assist unlawful immigration.

Romanian Nica was said to be the “key organiser”. He spent years working in Ireland and England as a lorry driver and mechanic, a friend and ex-colleague of Irish haulage boss Ronan Hughes. The 43-year-old was also involved in the “large scale” smuggling of cigarettes and whisky, according to Valentin Calota.

Nica, who knew the lorry yards in Essex well, paid Calota and others in the Romanian community cash in hand to drive migrants to London under his close supervision. He also employed his Romanian friend Alexandru-Ovidiu Hanga of Tilbury in Essex, who admitted his role in the gang.

Nica’s senior management position meant he was trusted to look after the money, said the prosecution.

He was caught on CCTV with Hughes, carrying a bag stuffed with cash which was said to amount to £50,000 in ill-gotten gains.

The divorced father-of-three, from Basildon in Essex, admitted involvement in two successful runs but denied he was a ringleader, implicating his Romanian friend Marius Draghici and Hughes.

The defendant, who had joint British citizenship, claimed he had been roped in to help while he awaited new passports.

He was sentenced to for manslaughter and conspiracy to assist unlawful immigration for 27 years.

The 24-year-old lorry driver, from County Down, NI, was said to be Hughes’s “man on the Continent”.

On each of the three people-smuggling runs, it was Harrison who picked up migrants and took them in trailers to Zeebrugge in Belgium to be shipped to the UK. Described in court as “young, heavy drinking and irresponsible”,

Harrison had struggled with Attention-deficit/hyperactivity disorder at school and at the age of 18 followed in his father’s footsteps and became a heavy goods vehicle (HGV) driver.

In May 2018, he was handed a civil penalty notice after Border Force officials at Coquelles in France found 18 Vietnamese migrants sitting on boxes of waffles in his trailer.

Having been stopped twice in Germany in 2018 over driving incidents, in May 2019 he lost control of Hughes’s lorry in Lower Saxony.

The hired helper, originally from Romania, was paid £700 by Nica to drive a van-load of migrants from Orsett to London on October 18th 2019.

The 38-year-old had been living and working as a lorry driver in Bradford, Essex and Birmingham on and off for years.

Calota, who was single and left school at 16, often felt homesick and at times found it difficult to scratch out a living. His precarious lifestyle led to two cautions in 2011 and 2015.

On July 1st, 2011, he tried to steal some clothes from Marks & Spencer and was cautioned for shoplifting.

On July 2nd, 2015, he was cautioned for false accounting after he tried to pay for food and beer with a false Coinstar receipt in an Asda in Barking.

Calota knew about Nica’s trade in smuggled cigarettes and alcohol, having met at a barbecue in Orsett in 2017, he said. He claimed he was duped by Nica and did not hear or see any migrants on the hour-long journey to London to deliver what he thought were cigarettes.

Calota told jurors: “I should not have accepted involvement in any smuggling of cigarettes. I should have minded my own business and I’m very sorry and apologetic.”

He was sentenced for conspiracy to assist unlawful immigration for four and a half and a years. 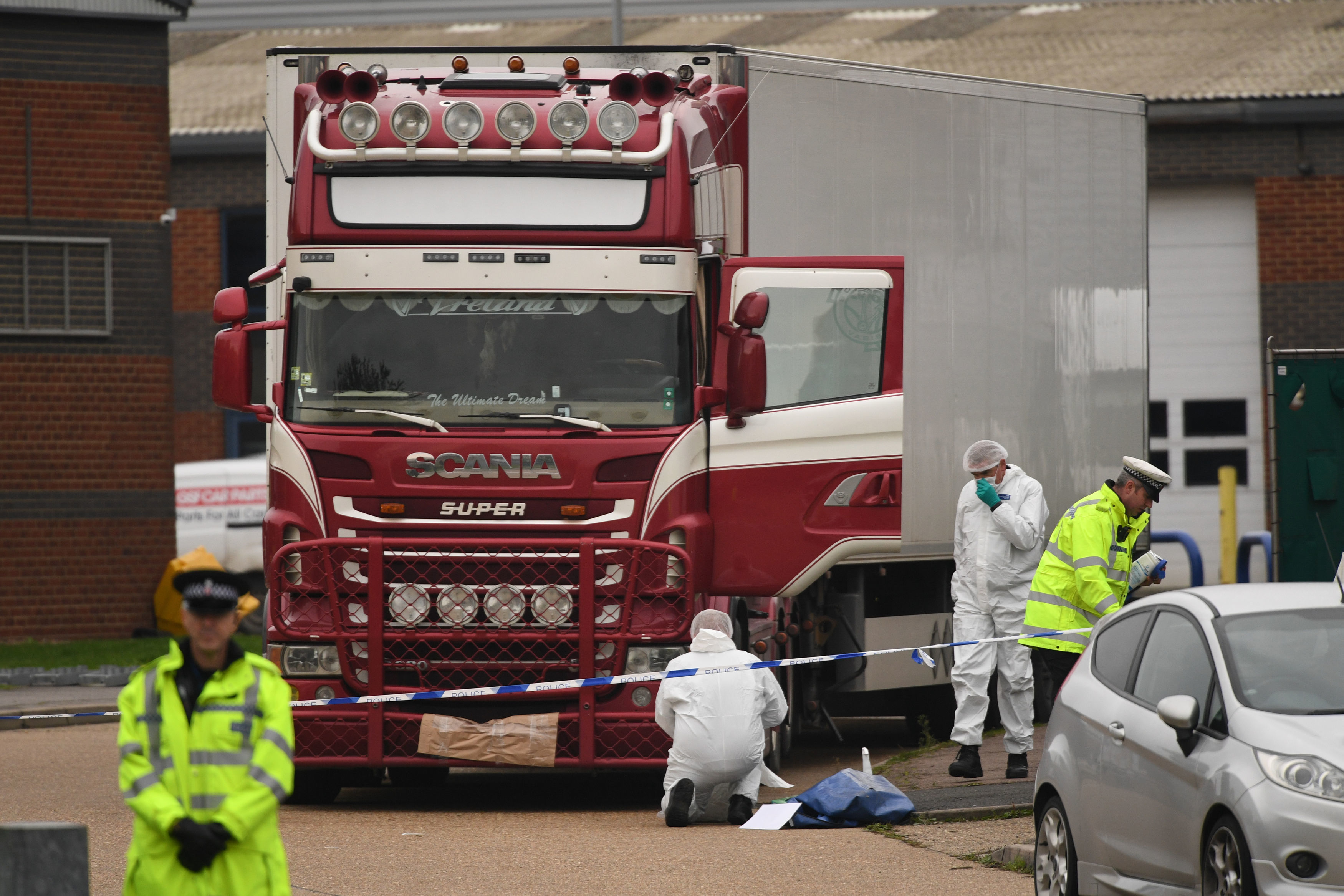