THE third week of testimonies in the trial of former Minneapolis police officer Derek Chauvin continued on April 13.

Chauvin, 45, has been charged with second-degree unintentional murder, third-degree murder and second-degree manslaughter in the death of George Floyd, 46. 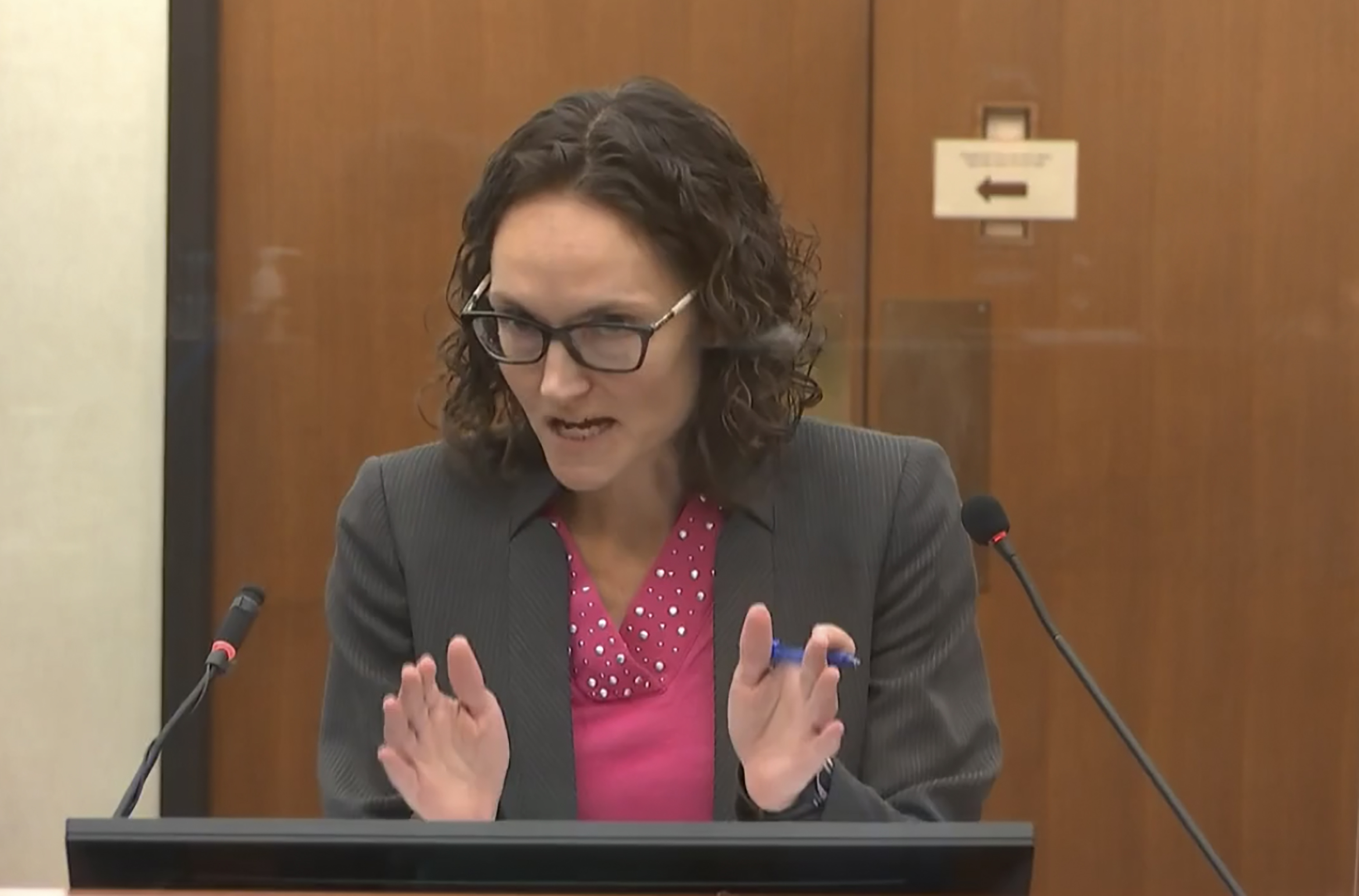 Who is Erin Eldridge?

Erin Eldridge is a former federal prosecutor who joined the Minnesota Attorney General’s Office in 2018.

She's a part of Chauvin's trial for the prosecution.

Prior to her post at the Minnesota Attorney General's office, Eldridge served as a special assistant US attorney in Nebraska and the Northern District of Iowa. 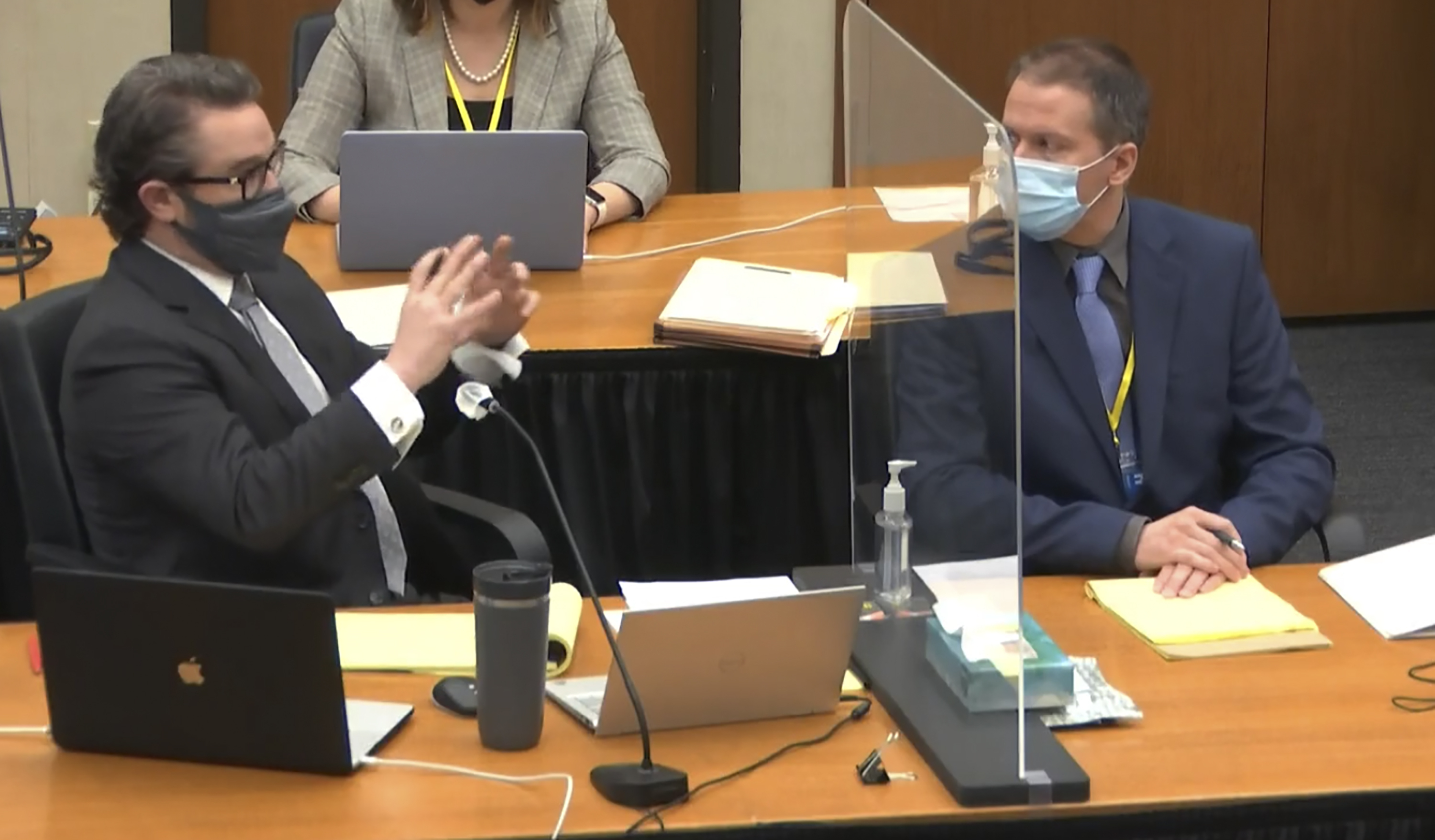 What has she said at Derek Chauvin's trial?

On Tuesday, April 13, the defense began its case at the murder trial, seizing on a 2019 confrontation between police and Floyd in which Floyd suffered dangerously high blood pressure and confessed to heavy use of opioid painkillers.

Chauvin lawyer Eric Nelson has argued that Floyd died last May because of his illegal drug use and underlying health problems, not because of Chauvin pinning him to the pavement.

Moments after the prosecution rested its case on April 13 following 11 days of testimony and a mountain of video evidence, the defense put on its first witness.

The witness was retired Minneapolis police officer Scott Creighton who testified about a May 6, 2019, incident in which Floyd was arrested, a year before his fatal encounter with Chauvin. 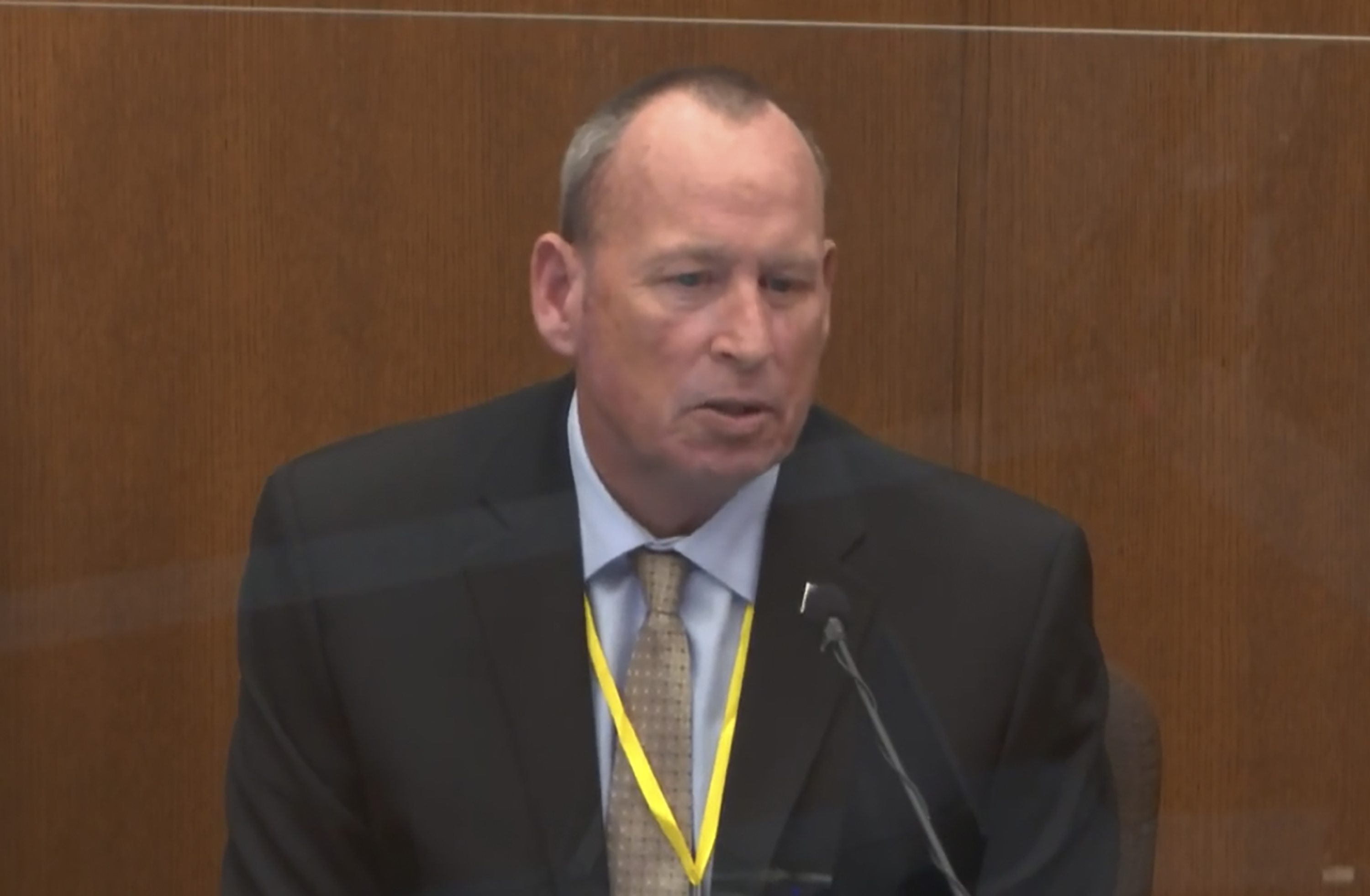 Creighton said he drew his gun when Floyd, a passenger in a car, did not comply with orders to show his hands.

Nelson played body camera video that showed Creighton approaching on the passenger side, drawing his gun and pulling Floyd out.

Chauvin's lawyer twice asked questions aimed at getting the jury thinking about Floyd swallowing drugs, but Creighton said he did not see Floyd take anything.

Eldridge simply asked Creighton about his interaction with Floyd.

"While you were interacting with Mr Floyd he didn't collapse on the ground, correct?," Eldridge asked, to which Creighton simply responded "no he did not."

Eldridge followed up that question, asking: "You were asked questions about what the other officers were doing, correct?," to which the retired cop agreed to.

She ended by asking: "Your attention was focused on Mr Floyd correct? And Mr Floyd didn't drop dead while you were interaction with him?," to which Creighton answer "No" while shaking his head. 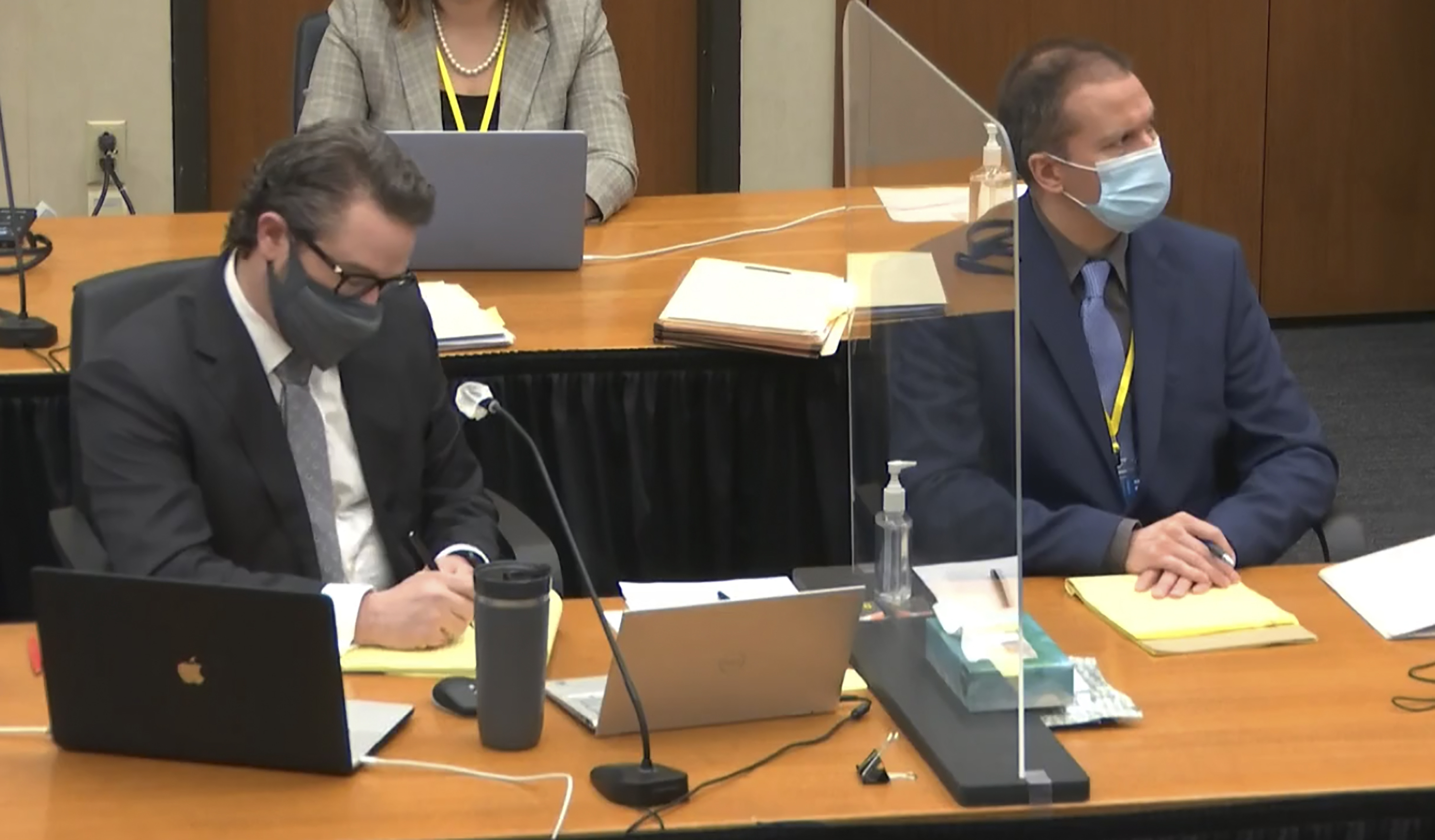 What did Eldridge say to the defense's second witness?

Another witness who responded to the 2019 call was retired paramedic Michelle Moseng, who testified that Floyd told her he had been taking multiple opioids about every 20 minutes.

"I asked him why and he said it was because he was addicted," said Moseng, who also described Floyd's behavior as "elevated and agitated" before the judge struck that remark from the record. 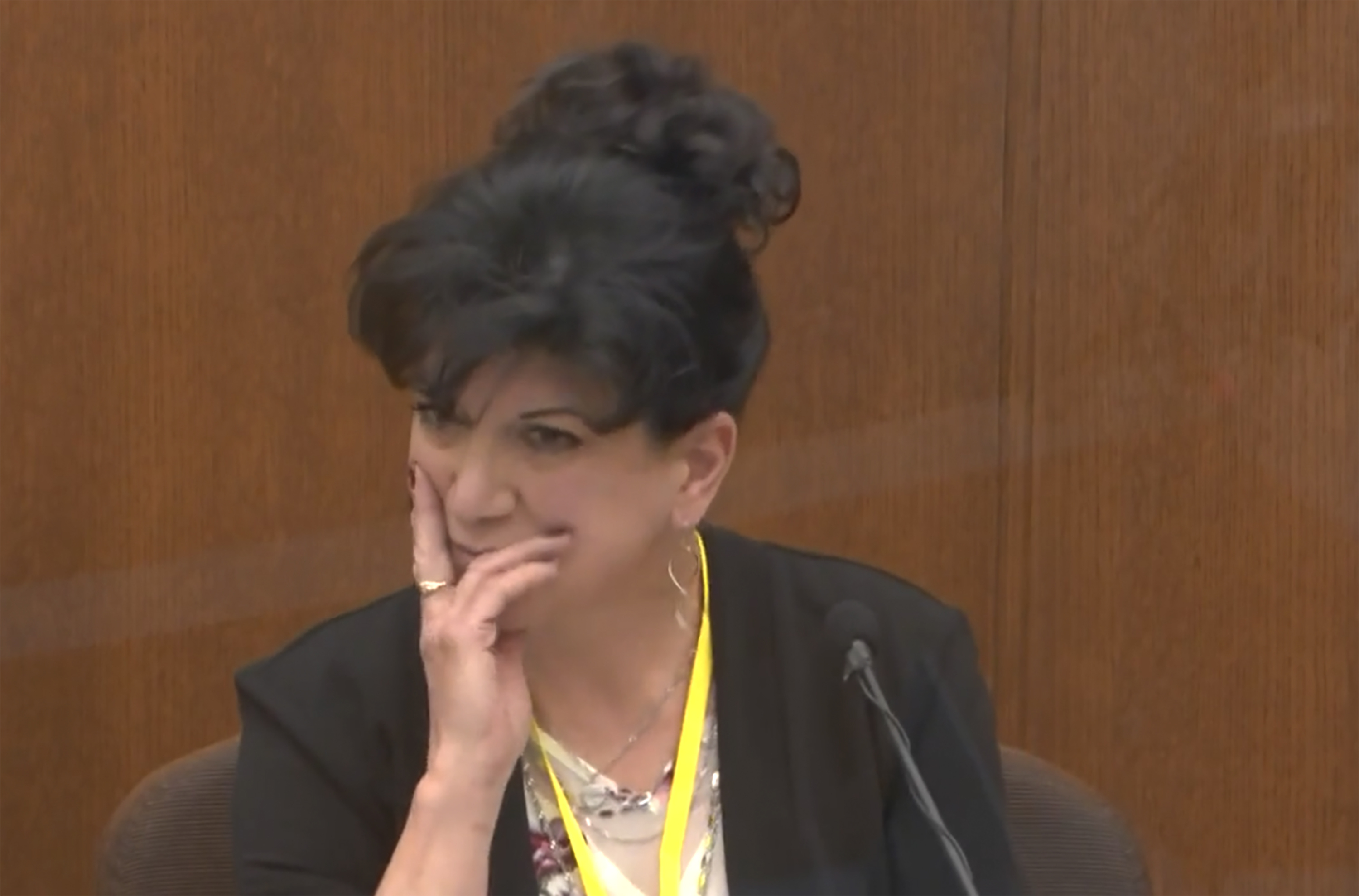 Moseng also said she recommended taking Floyd to the hospital based on his high blood pressure, which she measured at 216 over 160, but he resisted.

On cross-examination, Eldridge got Moseng to testify that Floyd's respiratory output, pulse, heart rate, EKG and heart rhythms were normal.

The prosecutor said Floyd was taken to the hospital and released two hours later.

She noted that another officer threatened to use a stun gun on him, while Floyd asked not to be shot or beaten up.