Why did the Premier intervene in selecting a replacement for Mikakos?

Sheena Watt is set to become a member of the Andrews government and she has Daniel Andrews to thank for that, not because he supported her candidacy but expressly because he did not. 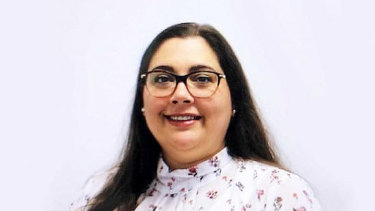 Watt will fill the upper house seat vacated by former health minister Jenny Mikakos, who walked out of the government and the Parliament after the Premier’s appearance before the Coate inquiry into the bungled hotel quarantine program.

When Andrews told the inquiry that Mikakos was accountable for the program while also putting others, including senior public servants, in the gun over the state’s second wave of coronavirus transmissions, he threw percussion grenades into his government, the bureaucracy and the Victorian Labor Party.

More than a week after he gave his evidence, people inside and around the government are trying to work out how to go forward.

The Premier’s display at the inquiry was hard-nosed and ruthless. It inspired admiration among a good proportion of his supporters in the community. But inside the government and its support structures, it raised questions of trust.

Mikakos took only hours to decide to resign after Andrews publicly identified her as the minister with the greatest responsibility for the quarantine mess. Those who know her say she was shocked by the Premier’s testimony because he had never told her that.

He had, shortly before appearing at the inquiry, expressed his confidence in Mikakos as health minister. And yet, hours after she resigned, he told a press conference she had made the right decision to go and that he had not talked to her; for him, she already belonged to yesterday. In this environment, some ministers, MPs, bureaucrats, union leaders and party activists are wondering: will they become expendable too?

Andrews is a peculiar figure in the history of the state Labor Party. The list of successful Victorian leaders is not long and he is on it. Only four have led the ALP to outright victory at state elections: the two John Cains, Steve Bracks and Andrews.

But he sits apart from the others as a more solitary figure. His model of leadership is not what could be called collegial. He favours centralised power, with his department and his office at the apex of decision-making. For example, ministerial staff are employed by his department.

As reported in Saturday’s Age, when he wrote in April to the secretary of the Department of Health and Human Services Kym Peake, advising her she was in charge of the impending health emergency, he told her she would be accountable to him, even though her chief role had been to act as Mikakos’ chief bureaucrat.

A long-time member of the Socialist Left faction, Andrews has spent his adult life inside the Labor Party but his notions of power follow a vertical, rather than a horizontal, model. He has already racked up almost 10 years as leader, so he has shown his durability, but the longer this approach goes on the greater its risks within the ALP, marked as it is by a collectivist culture.

It was this I-am-the-leader attitude that led him to be embarrassed by his own faction last weekend over the nomination of Mikakos’ replacement. In the wake of the branch-stacking scandals reported by The Age and 60 Minutes earlier this year, the ALP national executive is in charge of preselections but the convention is that existing factional allocations of seats remain. Mikakos also hailed from the Socialist Left. Its notional 36 members on the state ALP’s central panel were to hold a ballot to decide on her replacement last Sunday.

Although he has long sought to place himself – at least for public consumption – outside internal Labor Party matters, this time the Premier chose to get involved. He wanted Stewart, a ministerial adviser, to get the nod and he sent out people to advocate for her among the 36 SL central panel members.

When he went public on Friday, calling on the party to do “something very, very special” by electing its first Aboriginal state MP, the balloon really went up inside his faction. Some already held a grudge over what they saw as his treatment of Mikakos. Others resented him trying to direct the outcome.

Andrews immediately disrupted the contest. Kanis, Nunn and Hilakari had no option but to drop out. It was now between Watt and Stewart. The Socialist Left was once a factional monolith but in the past two decades it has broken into tendencies that spend a lot of their time sitting together uncomfortably. The Premier gave them common cause. Having defended him for years, and especially this year, against internal and external attacks, they wanted to register a protest at the continuing boss-cocky act. They hit the phones.

On Friday, Stewart could count on some votes, but Watt had no firm votes. By Saturday morning, Watt had 32 committed votes and Stewart had four. Stewart withdrew, conceding to Watt. Labor in Victoria will soon have its first Indigenous MP, but not the one the Premier was promoting.

None of the above is to suggest that Stewart would not make a fine MP. But just why the Premier would intervene when his leadership is at such a vulnerable point, with rising disillusionment in the community over the second wave, the Morrison government undermining him, many in the party’s right celebrating his newfound discomfort and more than a few of his own factional comrades feeling let down, is a question that begs for an answer.

Shaun Carney is a regular columnist.