A woman found herself in the centre of a street brawl, with men kicking and attacking each other with poles, while carrying a baby down the street.

In the shocking footage at least six men can be seen sprawled across the road fighting and hitting one another in a chaotic brawl in East Ham, East London.

Onlookers watching the violence break out on the street corner can be heard screaming throughout the series of short clips. 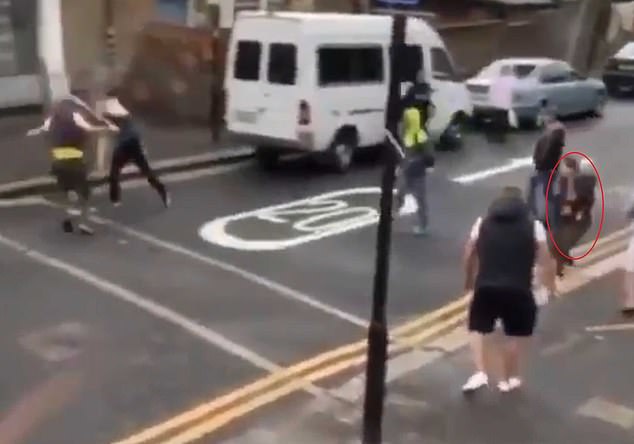 A woman was seen carrying a baby through a street brawl in East Ham, East London 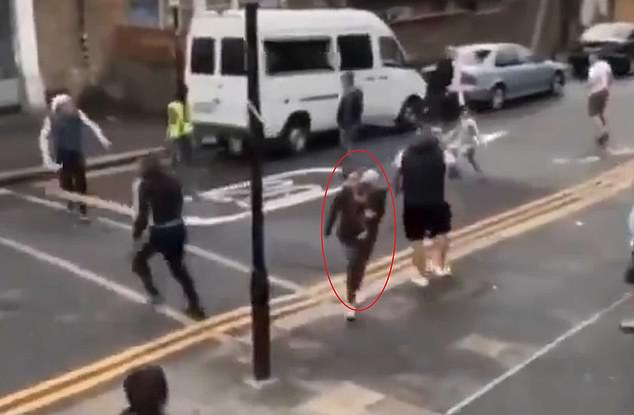 The video begins with a man sitting on the floor, holding what appears to be a metal pipe while being kicked several times.

On the other side of the road three other men can be seen charging and then kicking a man on the ground before grappling him as he tries to break free.

A man hits him with what appears to be a wooden plank several times before kicking him in the back.

The man being kicked manages to get away from the chaos as the woman decides to slink through the brawl clutching the child. 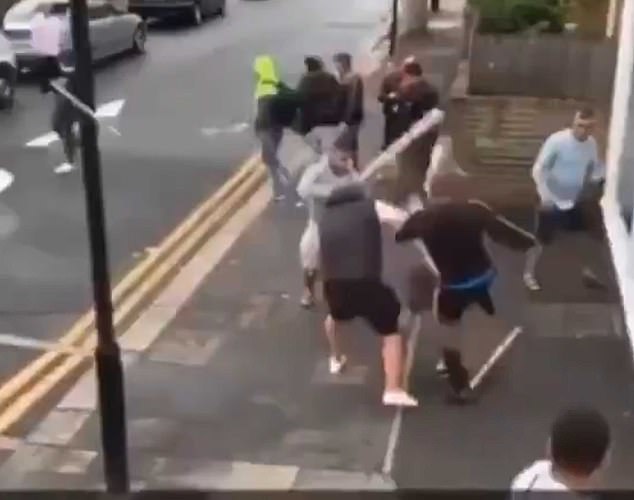 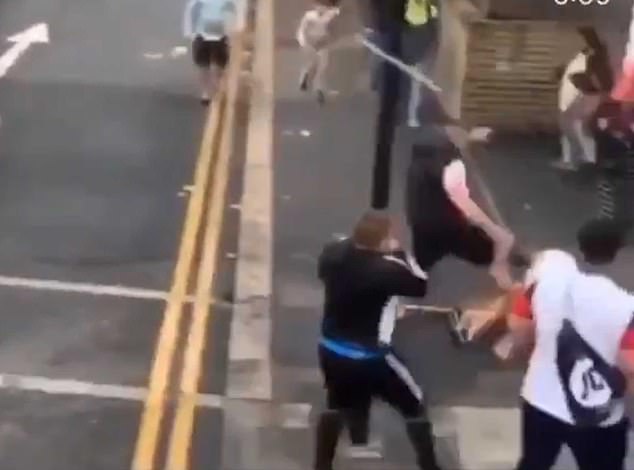 Other people on the street appear to turn back around or cross the road when they encounter the fight.

A person watching the brawl, which is believed to have happened yesterday evening, uploaded the shocking video to Twitter, captioned: ‘A Royal Rumble in East Ham.’

Twitter user @whyalwaysmee201 wrote under the post: ‘Why the hell would you run through the middle of a fight with a baby. Seriously.’

Others questioned if the men were adhering to the current social distancing measures and remarked that they were using ‘plumbers’ foam pipe insualtion’ as weapons.

In response to the violent video, Twitter users questioned why the men were using ‘pipe insulation as weapons’