A WOMAN has hatched three ducklings from eggs she bought in WAITROSE in "a feat of remarkably slim odds".

Charli Lello, 29, from Hertfordshire, put the Clarence Court eggs in an incubator as an 'experiment' when she was furloughed from work. 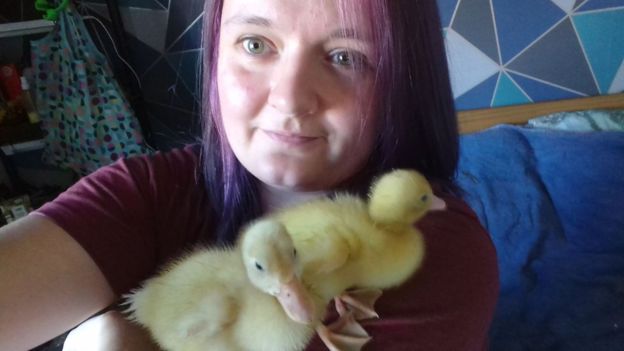 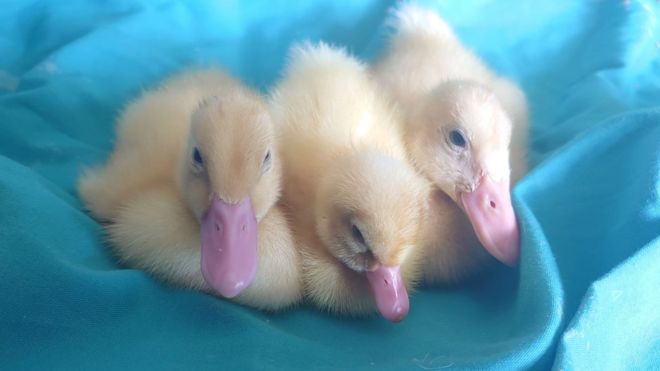 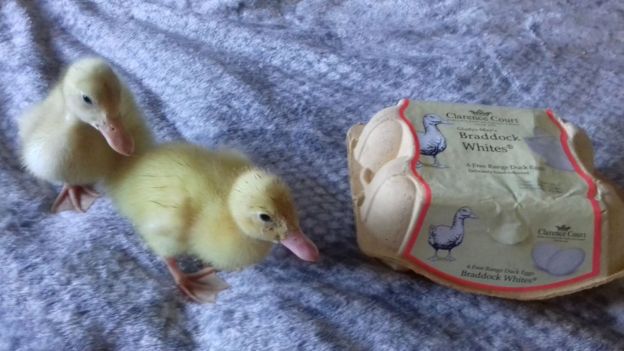 But a month later, she heard cheeping – and found the Braddock White ducklings starting to emerge from their shells.

Charli, an assistant manager at a shop, told the BBC the ducklings would live "a very happy life" with her pet chickens.

She first had the idea after seeing a video on Facebook of baby birds hatching from supermarket quail eggs.

She said: "While I was in Waitrose, I saw the duck eggs and thought maybe they would work as well.

"I was so excited for them to hatch but I still had in the back of my mind that these are supermarket eggs.

"They have been collected, bashed around on a delivery truck, then rattled around on a trolley onto a shelf, picked up and put down by who knows how many people, so they still might not go all the way."

Charli was shocked when the ducklings did hatch – and said the experience with the "cutest little balls of fluff" had been "amazing".

"The only reason I could try was because I'm currently furloughed and have the time to raise them to an age where they won't need me all day," she said.

"Under normal circumstances it wouldn't have been possible or fair on them."

A spokeswoman for Clarence Court Farms said: "It is a feat of remarkably slim odds that a duckling has been hatched.

"But we acknowledge that it's not impossible."

Officials from Waitrose say fertilised eggs were safe to eat and "entirely indistinguishable" from normal eggs, unless incubated.

"Our farmers work hard to ensure ducks and drakes are separated correctly," the spokesperson said.

"As a result of this difficulty in sexing, a male white-feathered duck may very occasionally be left with a group of females, although, these instances are extremely rare.

"There may also be instances when a wild duck encounters farmed drakes, but again, this is rare."