This is the comical moment a woman takes a tumble during a drunken Christmas karaoke session and smashes the oven door in the process.

Hanna Tomlinson, 25, from Runcorn, Cheshire, had been enjoying the festive celebrations with her best friend Aimee, 29, also from Runcorn, when the pair decided to compete in a karaoke sing-off.

However just moments later, Aimee, was left nursing a bruised arm and back after falling from a chair while mid-song and smashing into a pane of glass on the oven door. 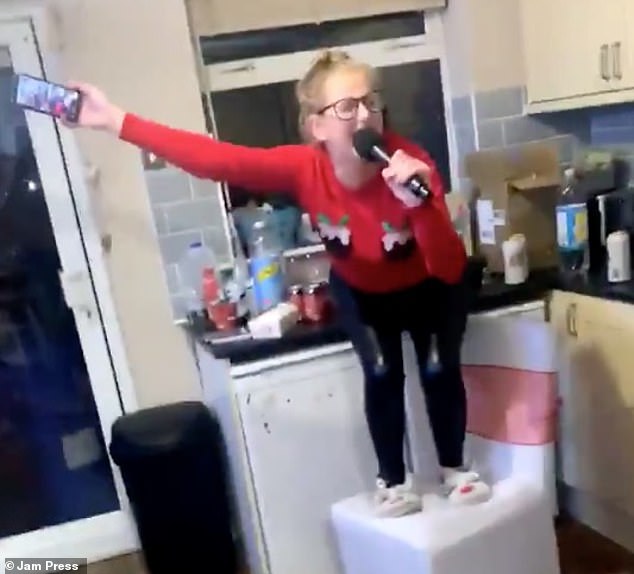 Hanna Tomlinson, 25, from Runcorn, watches her friend Aimee sing to Robbie Williams’ Let Me Entertain You on Christmas day 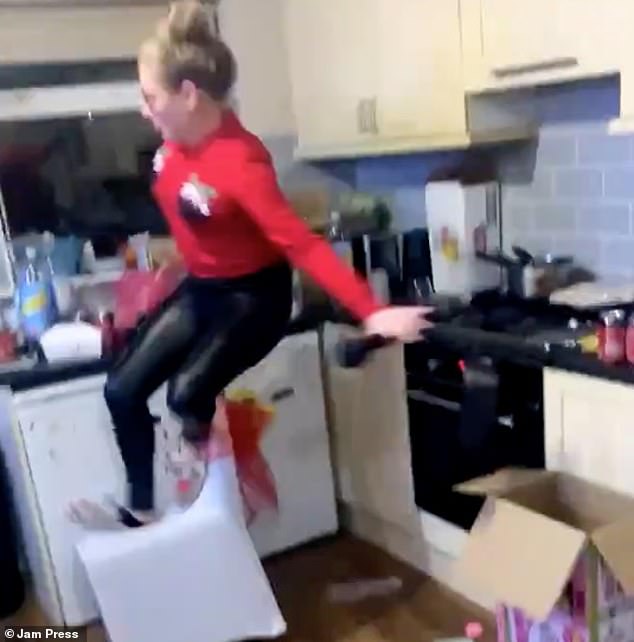 Aimee, 29, also from Runcorn, loses her footing on the chair and raise her arms in an effort to keep her balance

During the clip, Aimee, who was also joined by her boyfriend Josh, stands on a chair in the kitchen and belts the lyrics to Robbie Williams’ Let Me Entertain You.

Just seconds later, Aimee loses her balance and falls from the chair – smashing into the glass door on the oven in the process.

As pieces of glass lie scattered on the floor, Hanna can be heard laughing in the background as Aimee looks around in shock.

Hanna, who works in IT, later explained she had been visiting her friend on Christmas day when the pair decided to enjoy a drink and perform a musical medley.

She said: ‘I spent Christmas day with my family and then went to Aimee’s at around seven at night for a drink.

‘At around midnight, Aimee and I were having a karaoke sing-off with her boyfriend Josh.

‘I sang Shania Twain and Aimee was singing Robbie Williams’ Let Me Entertain You. We’d had a bottle between us and were a little drunk. 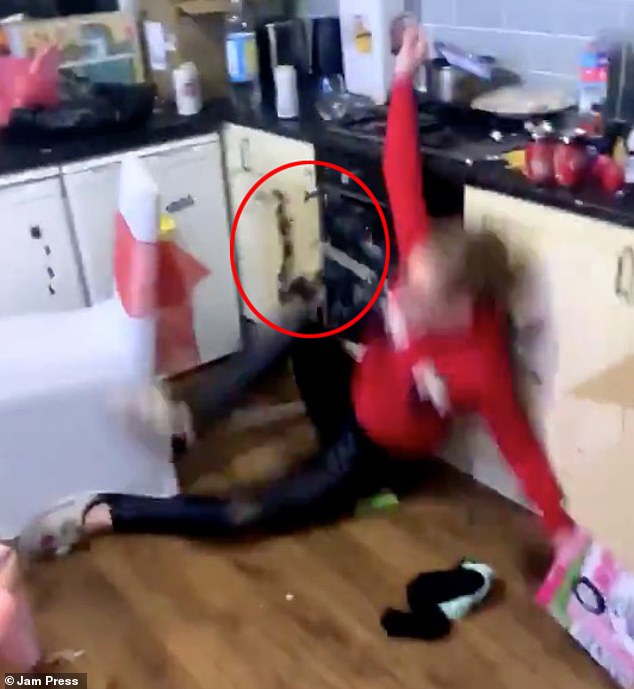 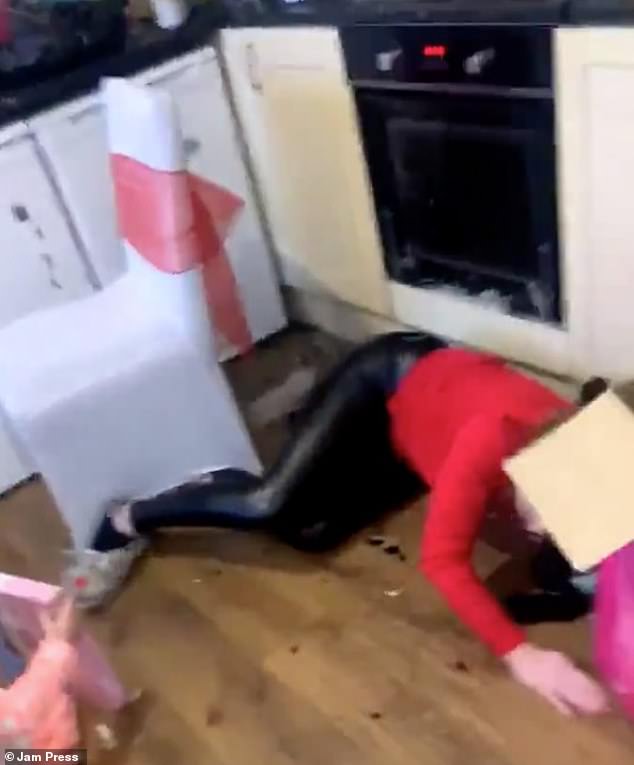 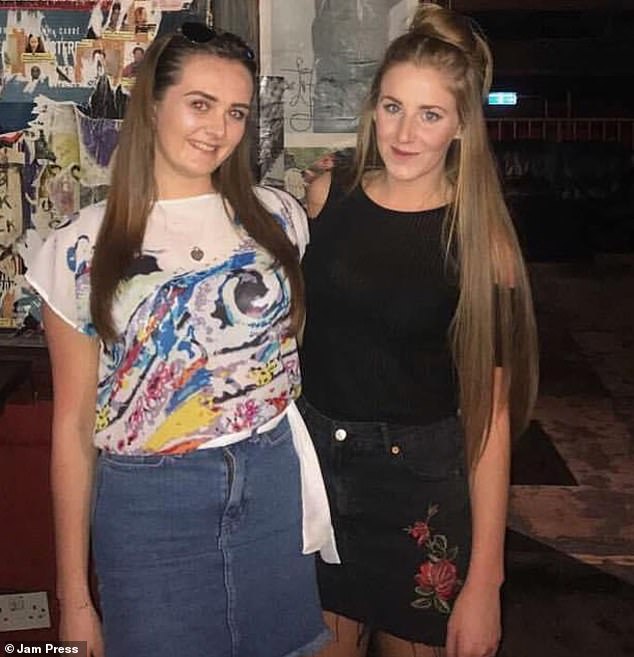 Hanna and Aimee, both from Runcorn, had been enjoying the festive celebrations when they  decided to begin a karaoke sing-off

‘She cut her back when the oven smashed and she also bruised her arm and back.’

She added: ‘Aimee thought the video was hilarious and I had to share it on Twitter because I thought everyone else needed to see it!’

Following the scenes, Ms Tomlinson has seen the video gather more than 4,000 likes on social media and array of comments from amused viewers.

One user wrote: ‘I watched this way too many times.’

While another added: ‘RIP the oven door.’

Another person commented: ‘Omg this is hilarious.’

Meanwhile another user asked: ‘Did she just smash the oven door?’ 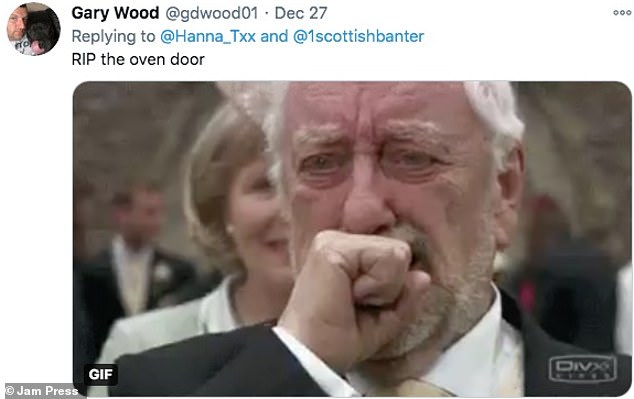 The video has since received more than 4,000 likes from amused viewers on social media