Woman who kissed Elvis shares her story for anti-loneliness campaign

‘I’m never going to wash my face again’: Woman who kissed Elvis in front of her husband and man who ran away with the circus are among elderly Britons telling their incredible life stories in campaign to tackle loneliness

Not many people can boast that they kissed the most famous rockstar in the world in front of their husband or say in all seriousness that they once fulfilled a boyish ambition of joining the circus.

But these are just some of the true and inspiring tales that are being shared by the elderly of their fantastic lives in a bid to end loneliness amongst older people.

With lockdown restrictions beginning to ease, millions of people are feeling hopeful about being able to see family and friends once again. But many will remain isolated and alone even once Covid restrictions are fully behind us.

The joint campaign, run by Age UK and Cadbury, is also encouraging people to ‘donate their own words’ in a bid to encourage people to reach out and talk to elderly people around them.

So while we are currently unable to travel abroad and are asked to stay local under Covid restrictions by the Government, their stories can transport us around the world, from crossing the Alps on a motorbike with a toddler in tow, to driving from Iran to India in just seven days.

The woman who kissed Elvis in front of her husband 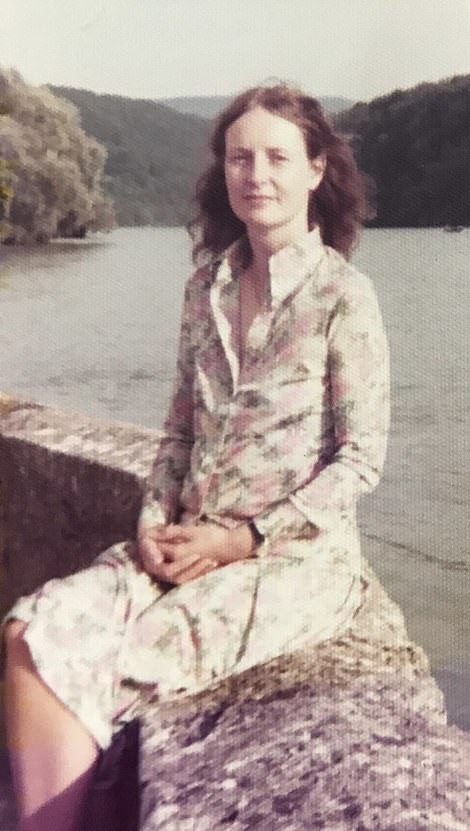 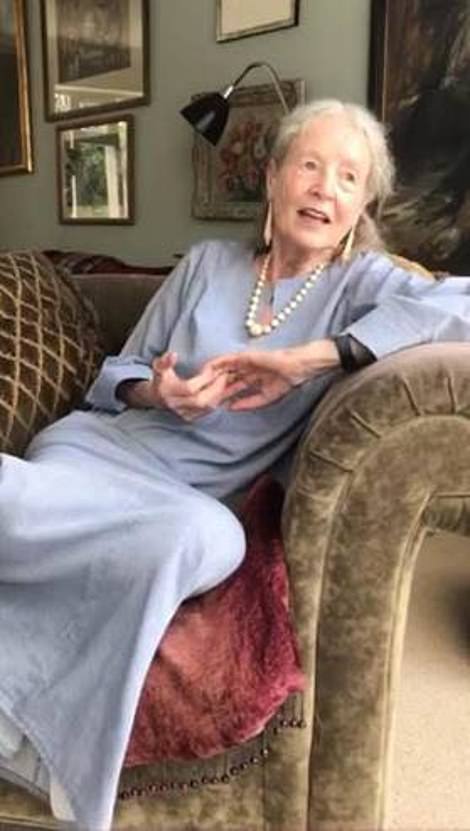 Rose Knox-Peebles (pictured left as a younger woman and right, now 79) once kissed the ‘most famous rockstar in the world’ Elvis Presley 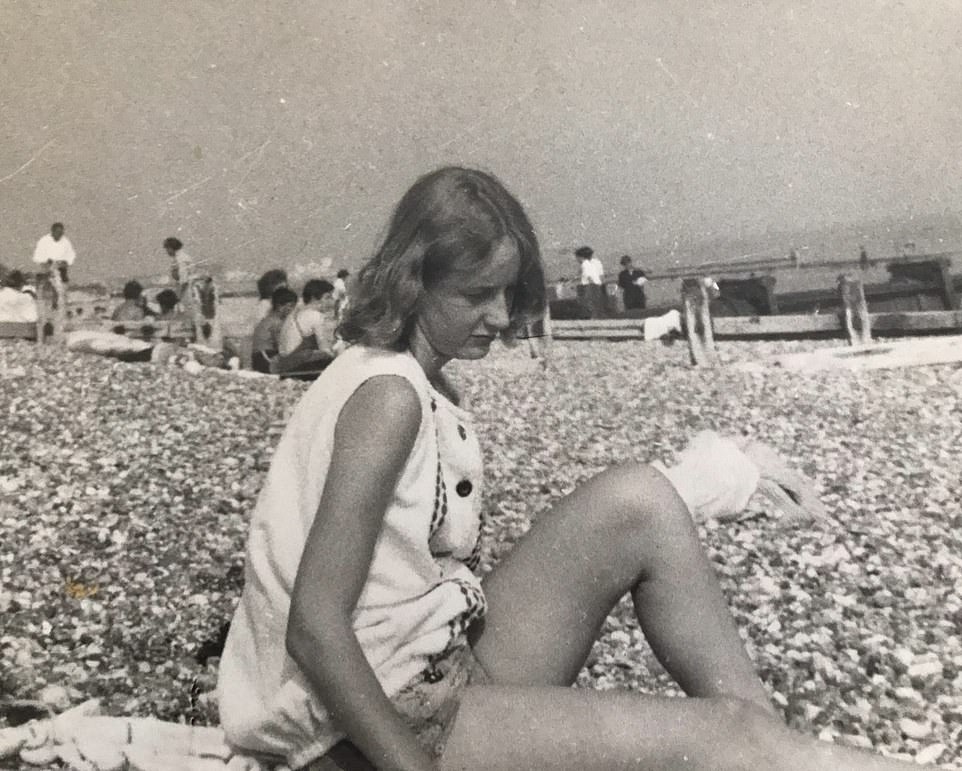 She planted a kiss on the rock ‘n’ roll legends face in front of her husband at a concert in Las Vegas, America,  in 1970 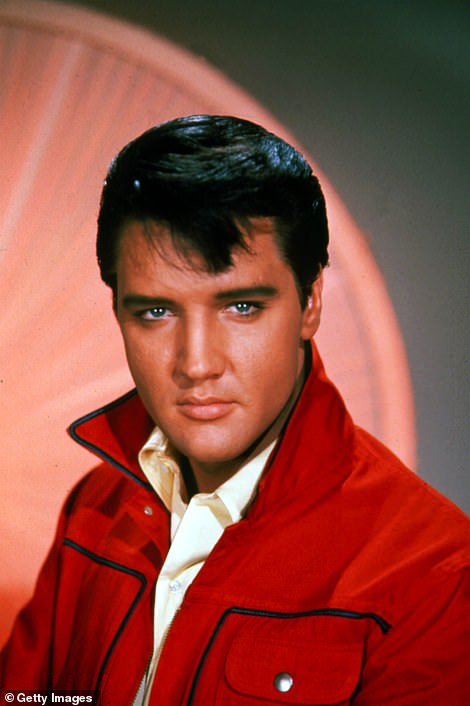 Elvis Presley, known as ‘The King’ very rarely stepped off the stage to interact with the crowd at his concerts

Not many people can boast about kissing the most famous rock ‘n’ roll legend in the world.

But 79-year-old writer and art collector Rose Knox-Peebles, who lives in West London, can remember it like it was yesterday.

The grandmother, who has four children and six grandchildren, revealed how she kissed famous rockstar Elvis Presley at one of his concerts – in front of her husband.

She first developed a taste for rock ‘n’ roll as a teenager calling it ‘wild and very sexual music’.

When she later married, she travelled to America with her husband in 1970 to watch the King perform.

‘We got a table right at the back of a gigantic room, very dark,’ she recalls.

‘The first time, and the only time it ever happened, the singer stepped off the stage into the audience.

‘I felt as if I was flying over the heads of everybody, and I landed I pulled his head towards me and I kissed him.

‘I remembered thinking as I walked back to the table, am I ever going to wash my face again?’

About a year later the couple were watching a film in Leicester Square and a clip fom the concert was broadcast on the big screen.

I’m very lucky I have Four children, six grandchildren and I kissed the most famous rock star on the planet, in front of my husband.’

The great-grandfather who joined the circus aged 11 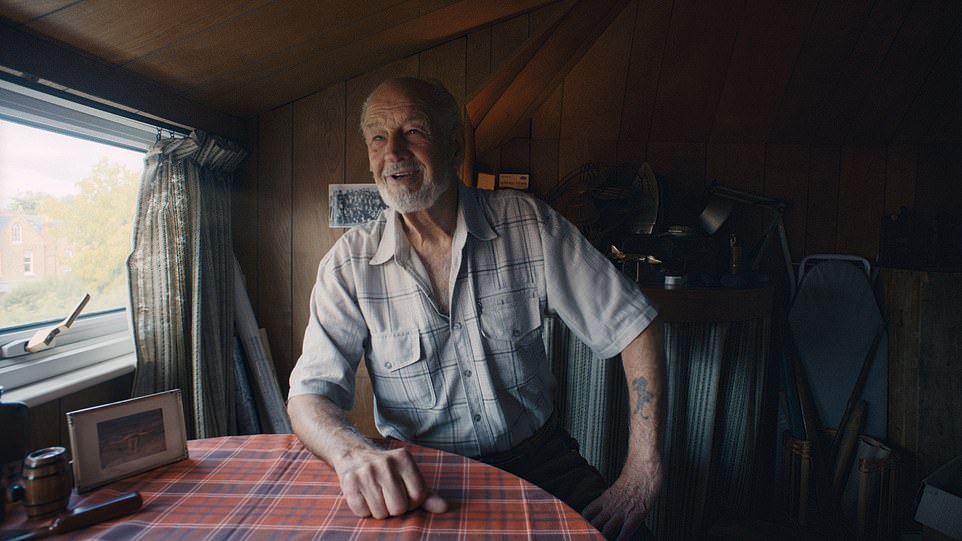 Harry Damsell (pictured), 84, who now lives in Ceredigion, Wales, joined the circus aged 11 with his family as his cousin was the ringmaster

Great-grandfather Harry Damsell has had a host of jobs over the years, from running his own craft and coffee shop to working as a fireman greaser in the Merchant Navy.

But no job was more exciting than when he left his home in Bristol with his family aged 11 to join the circus.

The 84-year old, who now lives in Ceredigion, Wales, upped to join the travelling show in 1949 where his cousin was working as the ringmaster.

‘He used to get this pony running round in circles,’ recalled Harry.

‘I would come running in and shout “that’s my pony”… I would sit on it backwards and hold onto its tail as it left the ring.’

Harry’s adventurous life continued after the circus and he was concripted into the army in 1956 before joining the Merchant Navy.

He married his wife Margarette  few years later, and the pair are set to celebrate their 60th wedding anniversary next month.

‘You wont believe me even if I showed you some of the things I’ve done,’ says Harry.

Harry learnt how to fly his first handglider when he was 40, and flew as recently as when he was aged 73.

When the father-of-four is not regauling his seven grandchildren and five great-grandchildren with tales of his past, he can be found attending to his vegetable garden, fishing and singing to folks at his local retirement home.

‘You disappear when you’re older funnily enough,’ he told the campaign. ‘But I don’t, because I’m me’. 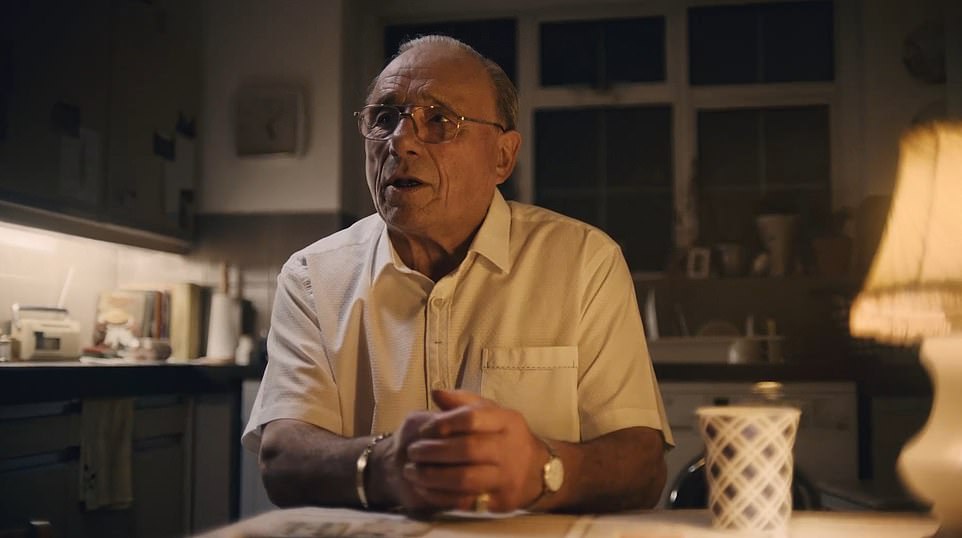 Proud Londoner Bob Staines grew up in the East End during the Second World War and left school aged 15 with no qualifications.

He was a talented jazz singer and would tour the clubs of London as a ‘tearaway teenager’ when he was not busy working as a trainee panel beater repairing accident damaged motor vehicles – a trade he never left until he retired at 65.

One evening when he went to a gig with his brother on the South Bank, the night got more out of hand than expected.

‘As we went downstairs to get a drink, I noticed the Prime Minister was standing at the bar,’ he recalls.

‘I had a rolled up programme in my hand and I pointed it at him and said: “I didn’t think this was your scene” As I did that I was jumped upon by two great big geezers.’

Bob was tackled by the two security guards, with one pulling his arm behind his back to incapacitate him. But they soon realised Bob was no antagonist.

‘They took the programme and realised it was not a disguised weapon and they let me go with a warning,’ he said.

The 81-year-old, who now lives in Leigh on Sea, Southend, Essex, has continued his love of singing and even won the Pontins National talent competition in the 70s in Blackpool.

He also wrote a number of short stories, poetry and children’s stories and released a self-published book called ‘Collie’.

The woman who loves to dance and remembers her first Carnival 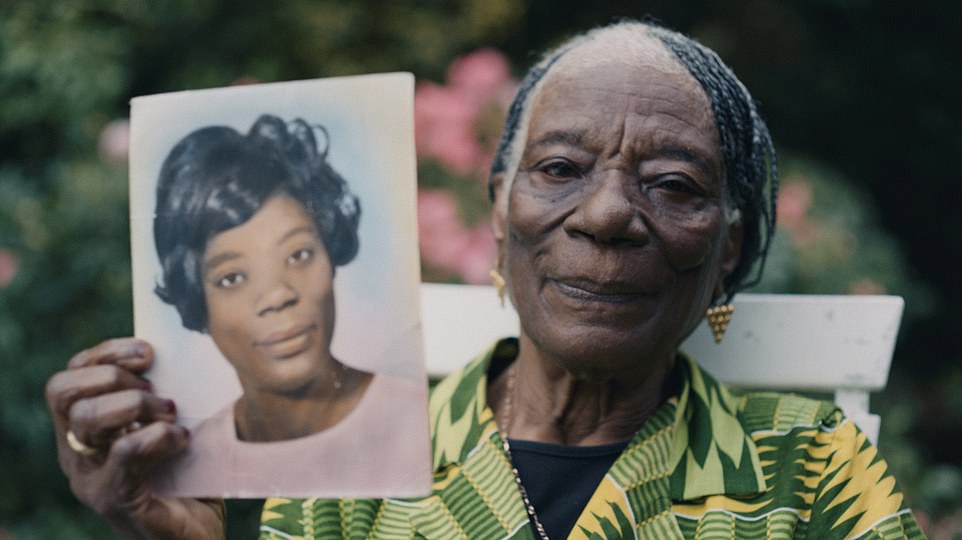 Linneth Browne, 90, loves dancing and remembers her first Notting Hill Carnival like it was yesterday

Born in Jamica before moving to England in 1964, Linneth Browne has lived a long life – and her love of dancing has never waned as her years have progressed.

The 90-year-old, who lives in Camberwell, London, has always been captivated by moving hips and beat of the music.

‘I had a brother and he used to put me on his feet and dance,’ she said. ‘Sometimes my grandson puts on the music and we dance together.’

But one of her favourite memories from her nine decades is witnessing the first ever Notting Hill Carnival in London.

A celebration of African-Carribean culture, it reminded the mother-of-seven of her days growing up in sunny Jamaica.

‘I love Carnival. I never miss one,’ she said. ‘I can tell you about the first Carnival. I was eating an ice cream and a boy ran past and grabbed it from me. One day in carnival the sun was so hot the police came and asked if I needed an ambulance. But I said no ambulance, just the water.

Her youth is far from behind her.  ‘I feel young at heart,’ she says. ‘I have a lot of friends, young people.’

Linneth also has 20 grandchildren and 10 great-grandchildren, and is known by everyone as Mrs Browne.

After years working as a child minder, then as an NHS orderly, Linneth makes the most of her retirement by cooking West Indian food for everyone who steps into her home. . 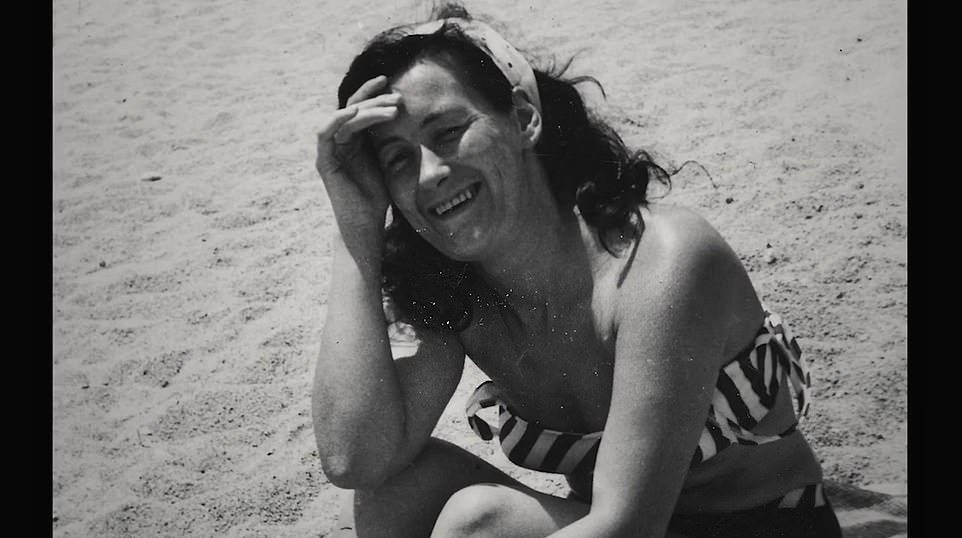 As a daring young couple, Anne Walton and her husband set off on the adventure of a lifetime – a motorbike trip across the Alps with their four-year-old toddler coming along in the side car.

After growing up in London during the war, Anne moved to Norfolk where the pace of life was more relaxed.

She married young, but Anne spoke of her ‘luck’ at finding a husband with the same ambitions and hopes as her.

The pair continued travelling until her husband passed away, but it was their major trip together in 1958 that she remembers most.

‘That holiday stayed in my mind more than any’, she says. ‘Oh, being young, absolutely fantastic.

‘Travelling is a wonderful thing to do. It opens your eyes to different countries and places. It was quite out of the ordinary to have gone and done what we did in 1958, it was almost unheard of.

‘We just went with a map of Europe, a very tiny tent, a little bit of money and no plans. We headed off towards France, not quite knowing where we were going.’

The cobblestone streets of Paris were a trial on her backside, and they were plagued by more problems as they travelled over the Alps, including punctures, running out of petrol and losing their bike chain.

But nothing was too much for the young family and she remembers the journey with fondness.

‘It was fun. Those are the things you remember,’ said Anne, 79, who lives in Aylesbury, Buckinghamshire. ‘You remember the good things and the bad times. I’m glad we took the chance and we did it. I wouldn’t have changed it for anything.’

As part of the campaign tackling loneliness amongst older people, Cadbury are removing the branding on 10 million of its Dairy Milk bars.

The traditional packaging will be replaced with unexpected stories from older people about their lives.

The bars coincide with a call encouraging peopleto have conversations with older relatives, neighbours and friends.

You can find out more about the ‘Donate your words’ campaign by either visiting the Age UK website.

His soothing voice is not enough to take the edge off his terrifying tales of derring-do. But 88-year-old Phiroze Divecha is no stranger to living life on the edge.

‘I tell you. The things I have gone though. Im still fortunate to be with you,’ he tells Cadbury in their campaign.

When Phiroze was just nine-years-old he was messing around with fire and managed to burn almost his entire body.  The doctor told his family the heartbreaking news he would not survive the next three hours.

But he fought back and went on to live an incredible life, including competing in the world’s most dangerous car rally – perhaps one of his most trecherous achievements.

He drove from Iran to India in seven days as part of the Highway Rally in 1970.

‘It ws a very tough rally, he recalls. ‘6700km for seven days and nights. It was the most treacherous rally ever known. No roads, no signs nothing.’

When they made it to Delhi, the crowds went wild for their safe return and when they saw the drivers rewarded with their trophies.

‘They were so please to see us… The police could not control the crowds,’ said Phiroze, who lives Hainault, Ilford, Essex.

‘I have been round the world three times and it has been a wonderful life. I am very fortunate. A life lived for others is the only life worth living.’