TRIBUTES have been paid to a “hero” worker who is still missing after an "apocalyptic" blaze erupted at a plastic factory.

Dave Boswell, 52, is presumed dead after working his shift at Leeson Polyurethanes Ltd when the blaze began on 27 August and had not been seen since. 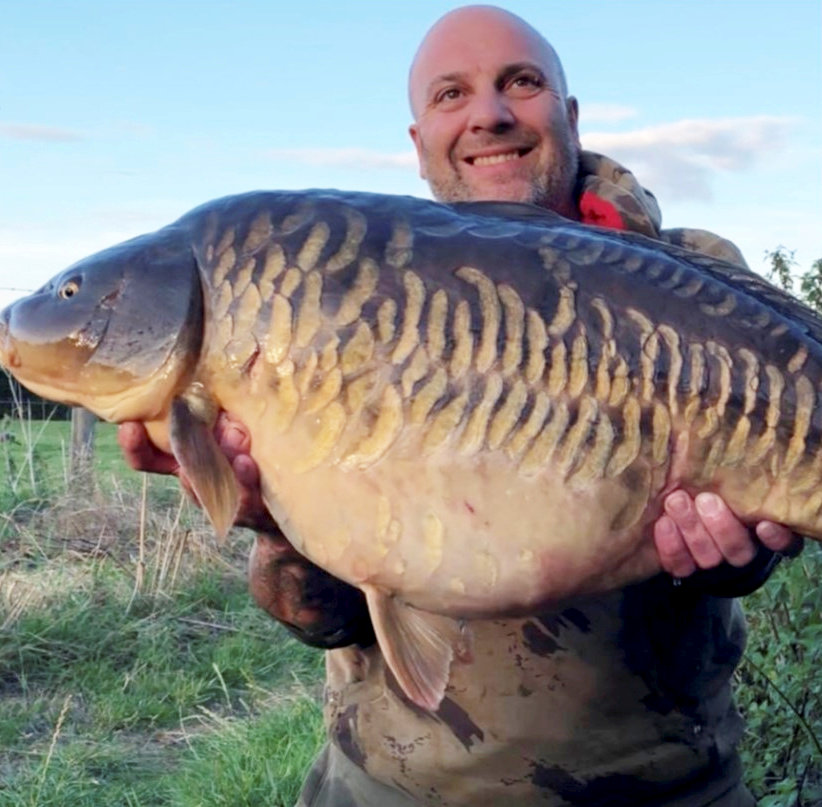 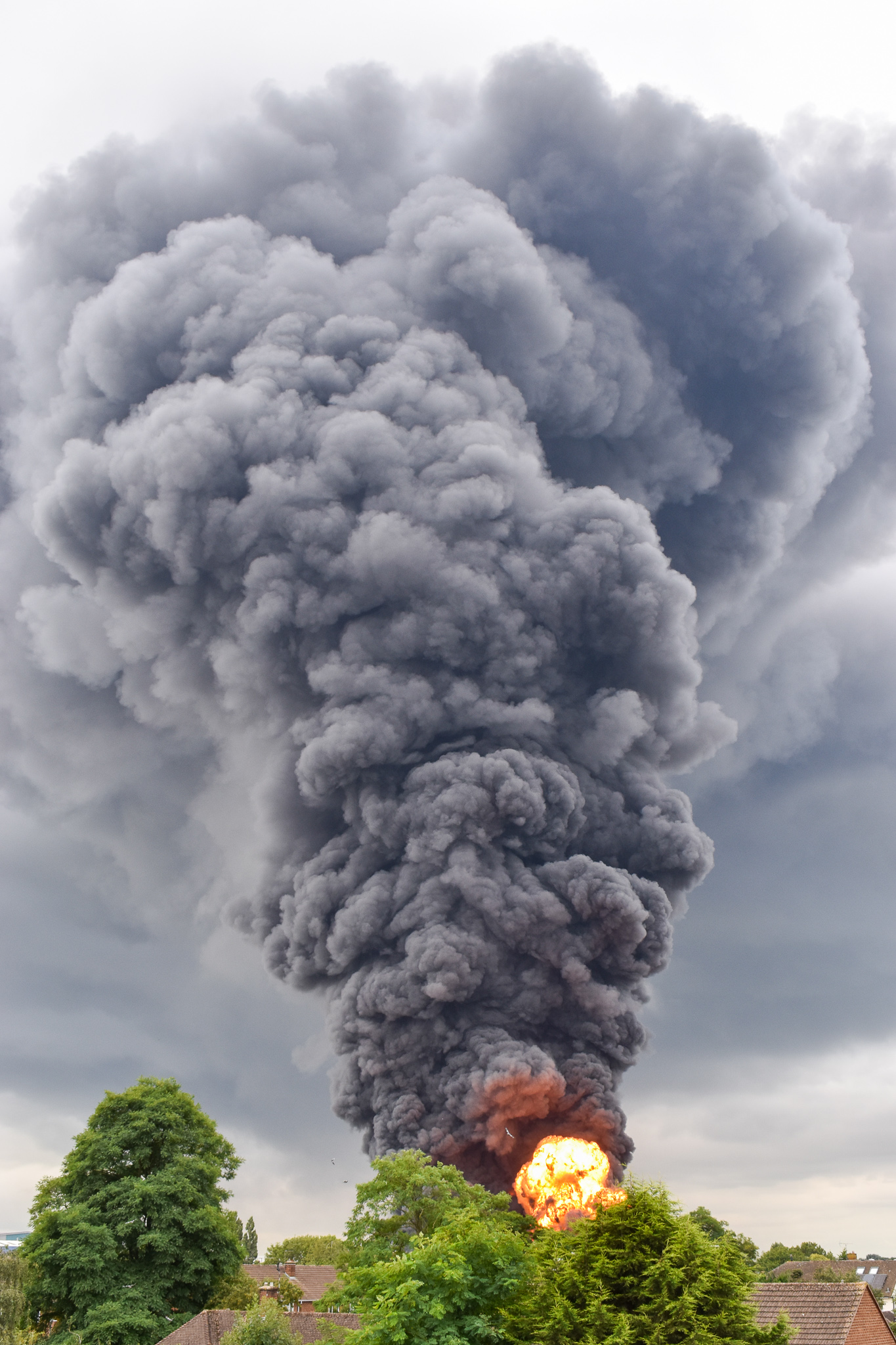 His parents, Christine and John Boswell, said  that the Aston Villa fan would be "sorely missed".

The major fire at the plastics factory was so severe the damage meant that it could not be searched immediately.

Safety investigators have still been unable to access the site and cops have named Mr Boswell after their hopes of finding him faded.

Family, friends and colleagues have paid heartfelt tributes, describing him as an inspiration to others who always put a smile on the face of everyone he met.

His partner, Carol Fureed, said: "It is with great sadness to announce the loss of my soulmate of 26 years.

"Dave used to brighten anyone that was feeling down with his jokes.

"He always knew how to have a good laugh. He had a heart of gold and lived for his family, friends and his passion for fishing.

"Hope you catch the big one in heaven Dave, until we meet again, love you forever.”

His brother, Andy Boswell said: “To my brother Dave. Thank you for all the laughs we had.

"There was never a dull moment with you around, with your jokes and your unique way of looking at things.

"Until we meet again, tight lines.”

Close friend Ryan Hissey said Mr Boswell was a "huge character" who "left an impression on everybody he met".

He added: “Bozzy was such a massive character, he left an impression on everybody he met.

"Whether it was showing you a picture of a fish he’d caught (which was rare!), joking around or singing Oasis at the top of his voice, you always knew he was around.

"He will be greatly missed. Love you David.”

Colleagues also paid tribute, including Ben Curie who said Mr Boswell was "someone I could look up to, an inspiration and a hero at work".

Detective Superintendent Jon Marsden, from Warwickshire Police said:“We appreciate how hard this is for David’s family and friends, and our thoughts remain with them.

"They continue to be supported and updated by specially trained officers.

“Due to unstable chemicals and several hotspots in the building, until now it has been unsafe for search teams to enter the site.

"The fire brigade has worked extremely hard to resolve these problems and I can confirm that as of 6th September the site has been handed over to police.

"We will be working with structural engineers and demolition experts to ensure the building is safe to enter, allowing us to commence our search.

"Unfortunately, this is still likely to take some time but it is important we ensure the safety of the search and investigation teams before they enter the site.

“We would ask that the privacy of David’s family is respected at this very difficult time.”

At the time residents were urged not to touch or remove any of the debris that has littered streets in the area.

Public Health England also issued a warning after some locals claimed the "chemical smells" made them vomit.

Homes within 100m of the factory and the Rosalind Franklin Covid "mega-testing" lab next door had to be evacuated.

One witness said it was like a scene from "a disaster movie. Apocalyptic stuff".

Images show chunks of charred polyurethene littering residential streets after a giant black plume of smoke and ash was reportedly seen from 45 miles away.

Bozzy was such a massive character, he left an impression on everybody he met.

Meanwhile locals reported "strong chemical-like smells" which made them sick as experts warned the fire could create toxic gases including cyanide.

And shocking satellite photos show how the weather made it worse by trapping the toxic plume above the stricken market town.

Reading University, which shared the pics, said: "Smoke from the Leamington Spa fire can be seen from space thanks to dry and still weather conditions in the UK.

"The black plume of smoke, many miles long, can be seen travelling south-west on this [satellite] image."

Tony Ennis, director of Haztech Consultants, warned: "Polyurethane fires can generate cyanide gas as a by-product of combustion plus carbon monoxide (also toxic) and a number of other potentially toxic substances.

“The combination of toxins in the smoke plume may cause distress, particularly to anyone who has existing lung or breathing complaints.

“The best advice is to stay indoors and close all doors and windows securely until the smoke abates. This will minimise exposure to the toxins in the plume.” 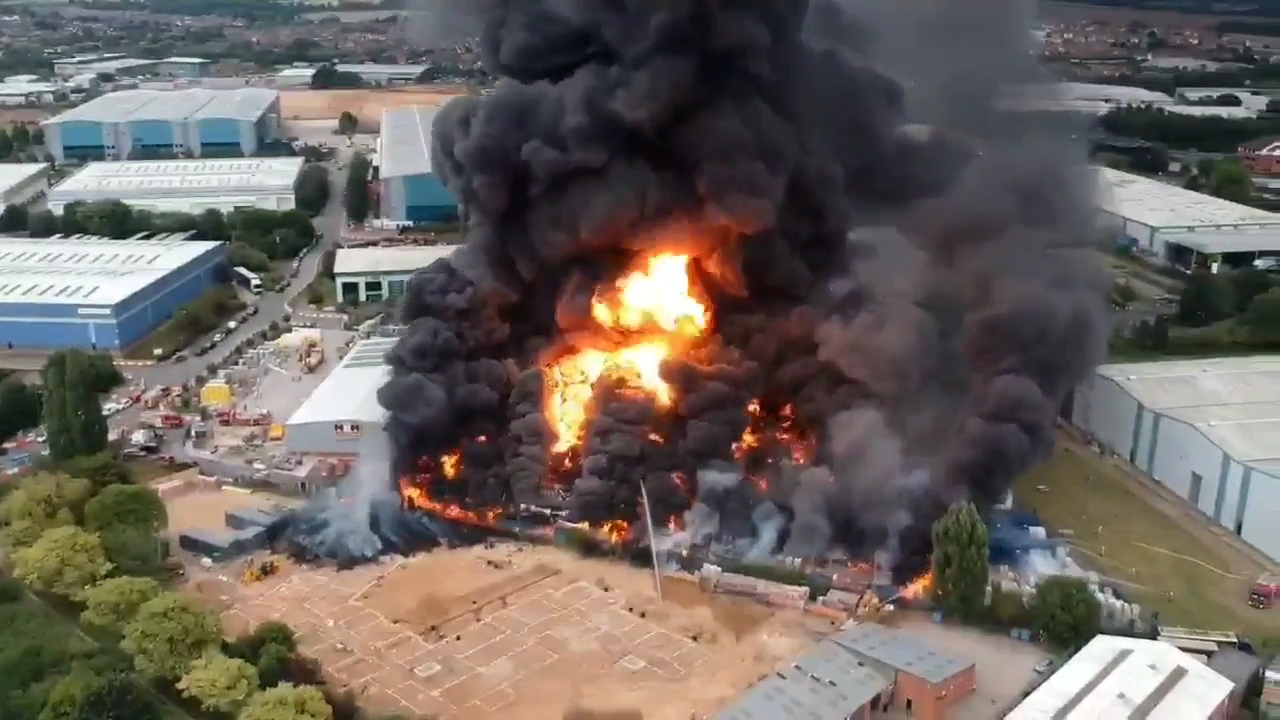 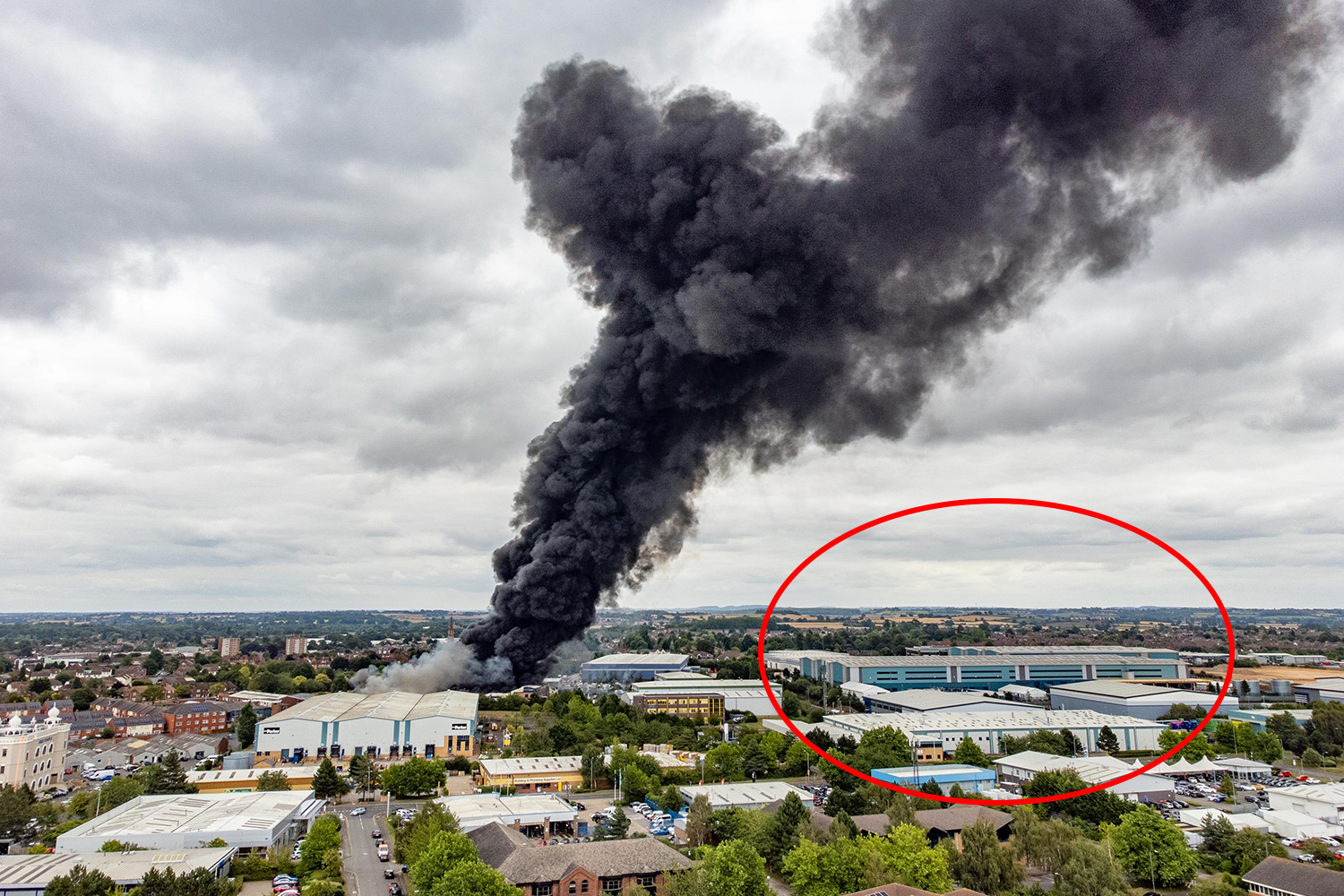 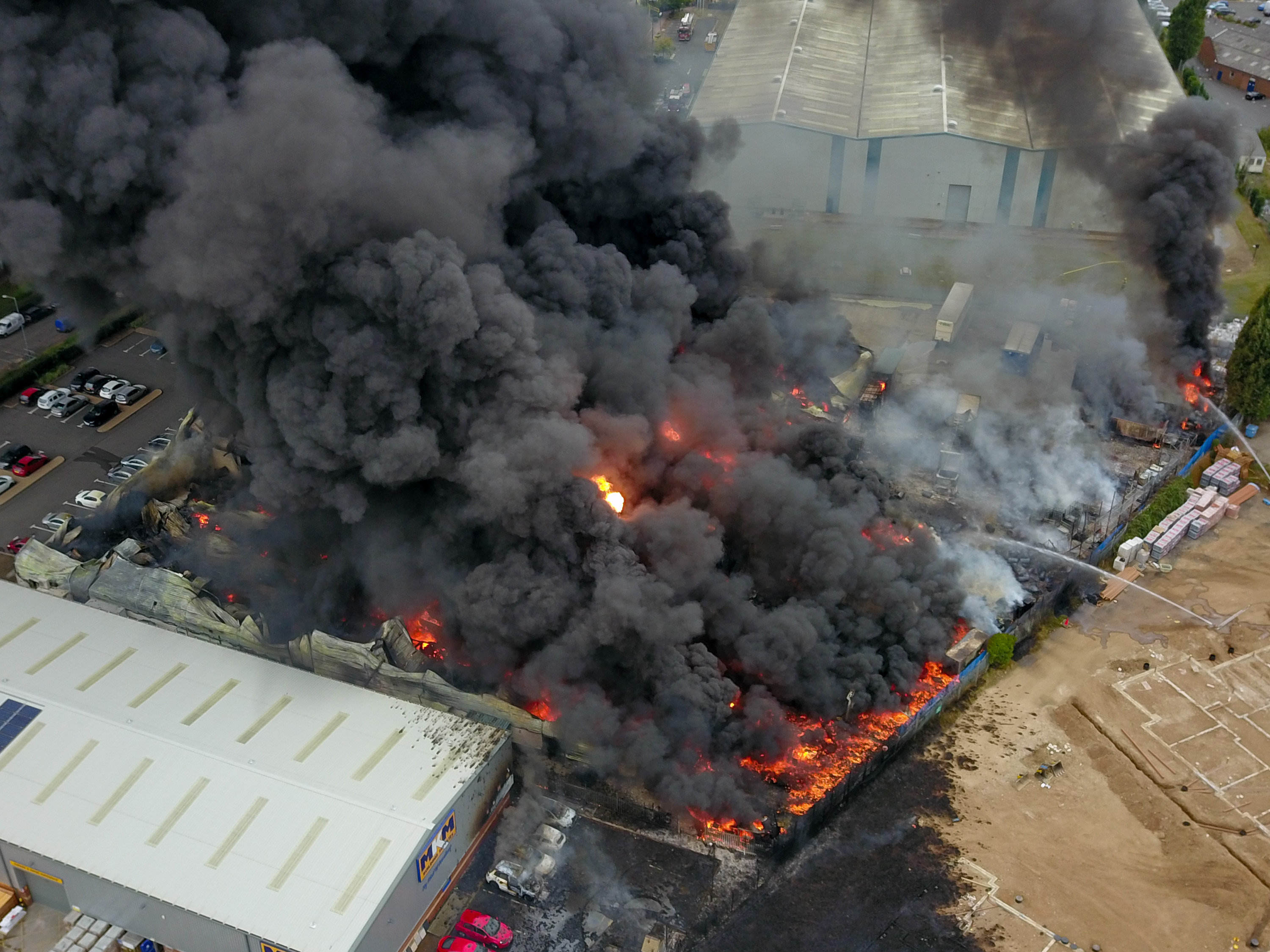 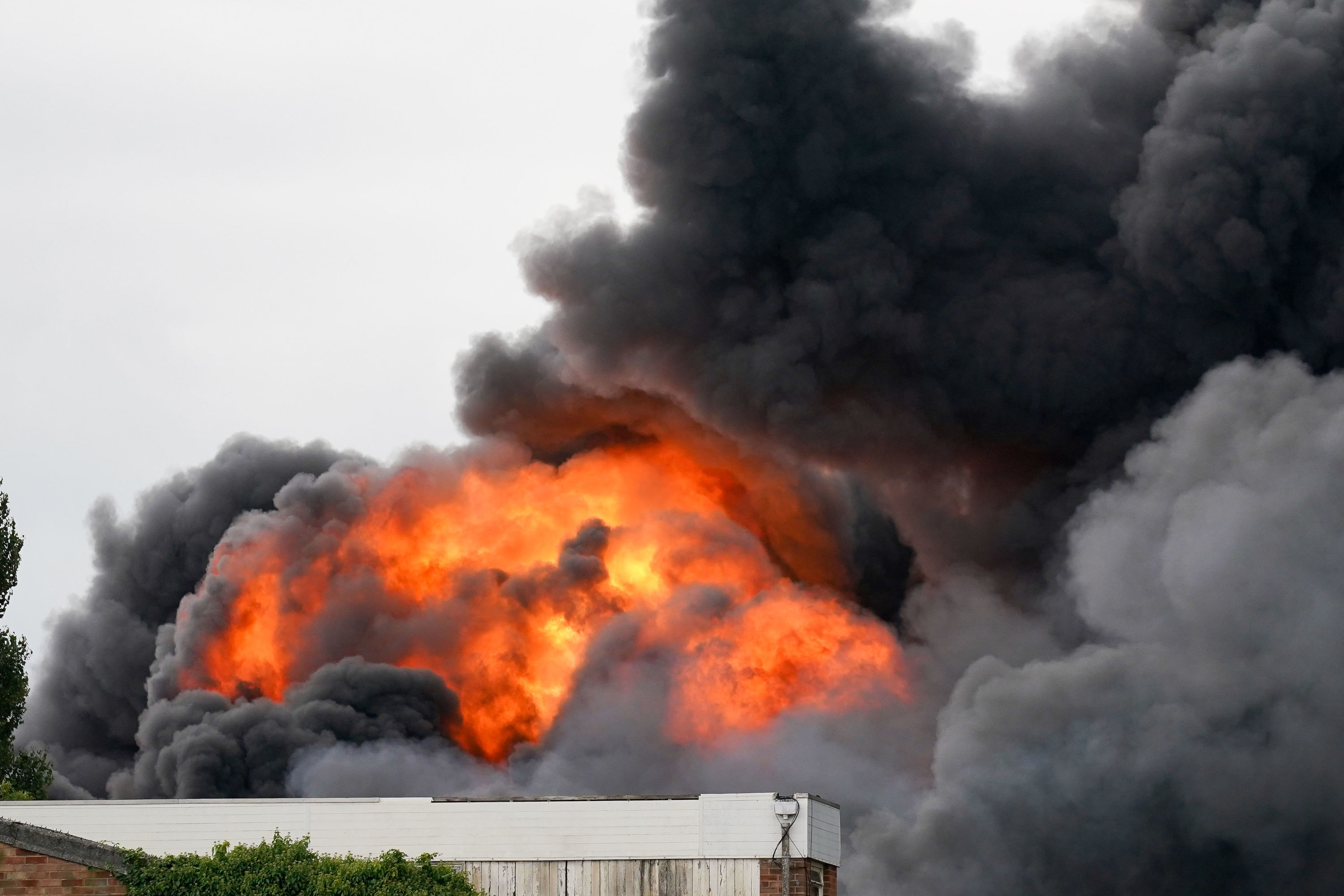