The world’s wealthiest 1% account for more than twice the combined carbon emissions of the poorest 50%, UN report finds

The world’s wealthiest 1% account for more than twice the carbon emissions of the poorest 50%, a new UN report has found.

The richest will need to shrink their CO2 footprints significantly to avoid dangerous levels of global warming this century, the Emissions Gap 2020 report said.

The annual study, carried out by the UN Environment Programme (Unep), highlights the gap between the levels emissions should be at to keep temperatures down and current real-life levels.

It found that the world’s top 10% of earners devour about 45% of all energy consumed for land transport worldwide and 75% of that used for aviation.

The world’s poorest 50% of households, meanwhile, consume just 10% and 5% respectively.

In order to hit the target of restricting temperature rises this century to 1.5C, significant cuts will need to be made to the carbon footprints of the 1%, bringing them down to about 2.5 tonnes of CO2 per capita by 2030. 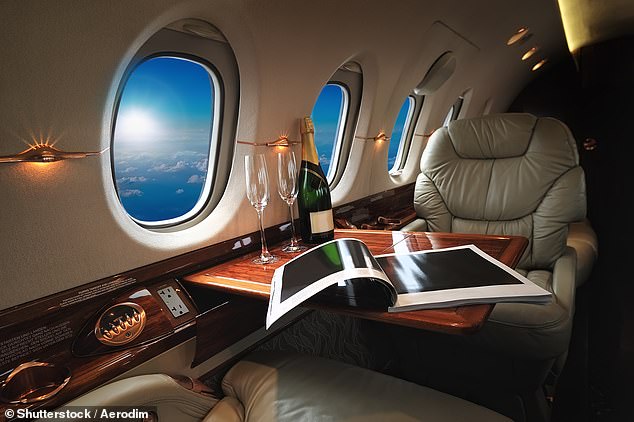 The world’s wealthiest 1% account for more than twice the carbon emissions of the poorest 50%, a new UN report has found, saying the richest will need to shrink their CO2 footprints significantly to avoid dangerous levels of global warming this century

‘This elite will need to reduce their footprint by a factor of 30 to stay in line with the Paris Agreement targets,’ Unep executive director Inger Anderson wrote in a foreword to the report.

‘The wealthy bear the greatest responsibility in this area,’ she added.

Tim Gore, the head of climate policy at Oxfam and a contributing author to the report said that while the world’s richest were consuming the most, others were bearing the negative environmental effects.

‘The UNEP report shows that the over-consumption of a wealthy minority is fuelling the climate crisis, yet it is poor communities and young people who are paying the price’.

‘It will be practically and politically impossible to close the emissions gap if governments don’t cut the carbon footprint of the wealthy and end the inequalities which leave millions of people without access to power or unable to heat their homes,’ Gore said.

According to the BBC, taking one less long-haul flight could reduce an individual’s CO2 consumption by almost two tonnes of CO2.

Households that switch to renewable electricity can cut carbon by some 1.5 tonnes, while eating a vegetarian diet can save around half a tonne on average, it said.

The report, published on Wednesday, also found that the positive environmental effects of lockdowns earlier this year intended to curb the spread of coronavirus are likely to be short lived.

It predicted that carbon production will have fallen by around 7% this year because of the pandemic, but estimated the reduction would only curb warming by 0.01C by 2050.

However, the report did highlight that countries have an opportunity to seek a greener mode of recovery from the pandemic.

It found that if government’s invest in climate action, expected emissions for 2030 could be cut by 25%.

This would give a 66% chance of the planet keeping temperatures below 2C.

‘The year 2020 is on course to be one of the warmest on record, while wildfires, storms and droughts continue to wreak havoc,’ said Inger Andersen.

‘However, Unep’s Emissions Gap report shows that a green pandemic recovery can take a huge slice out of greenhouse gas emissions and help slow climate change.

‘I urge governments to back a green recovery in the next stage of Covid-19 fiscal interventions and raise significantly their climate ambitions in 2021.’

Green recovery has so far been limited, according to the report, though some countries have committed to net-zero emissions by 2050.

However the ambition of the Paris Climate Agreement would need to be tripled in order to keep to the 2C goal and increased five-fold to meet the 1.5C target.