A CALIFORNIAN zookeeper was left reeling after a close brush with a giant python nearly left him severely injured.

Jay Brewer, who owns a Reptile Zoo in the Golden State, posted the "crazy" scare on Instagram as he tried to retrieve the snake’s eggs which were at risk of going rotten. 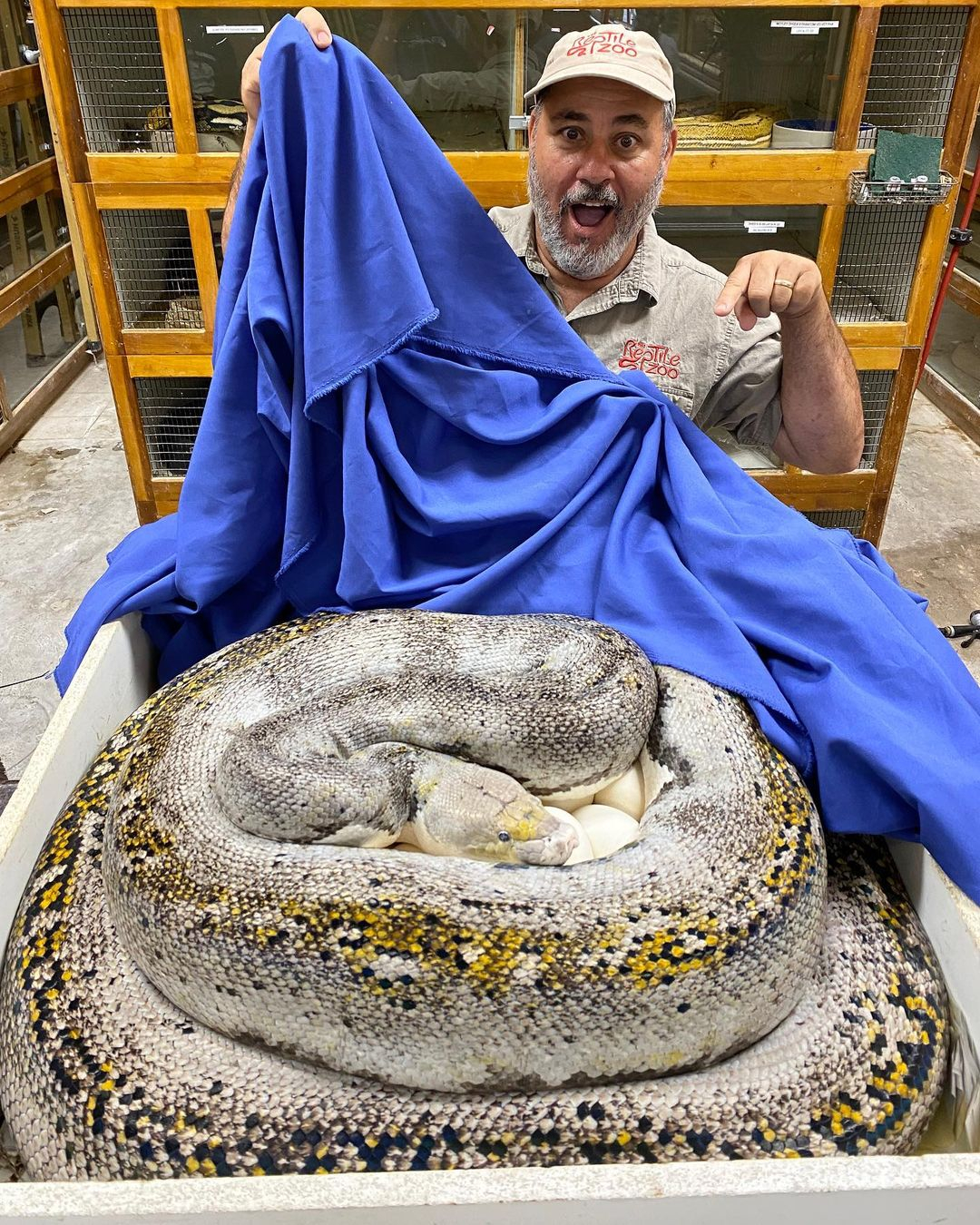 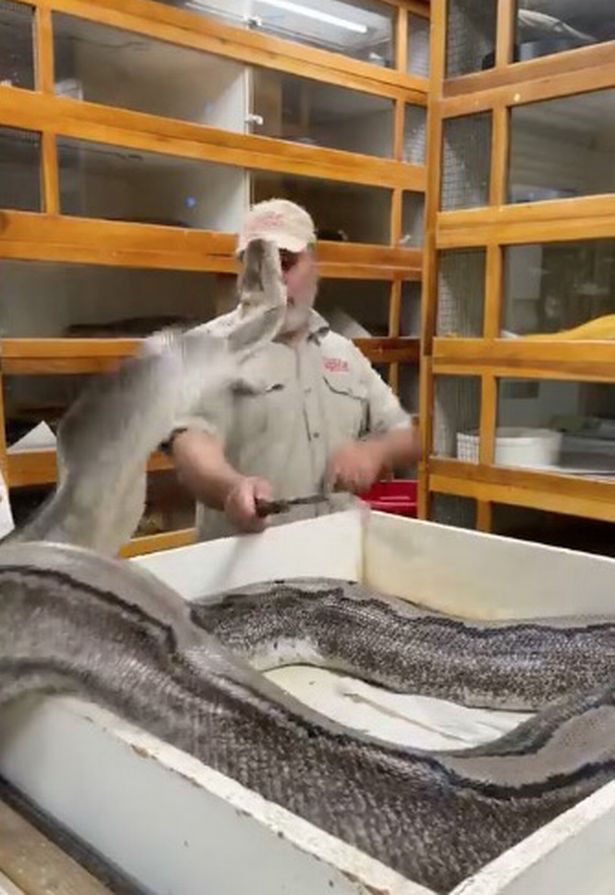 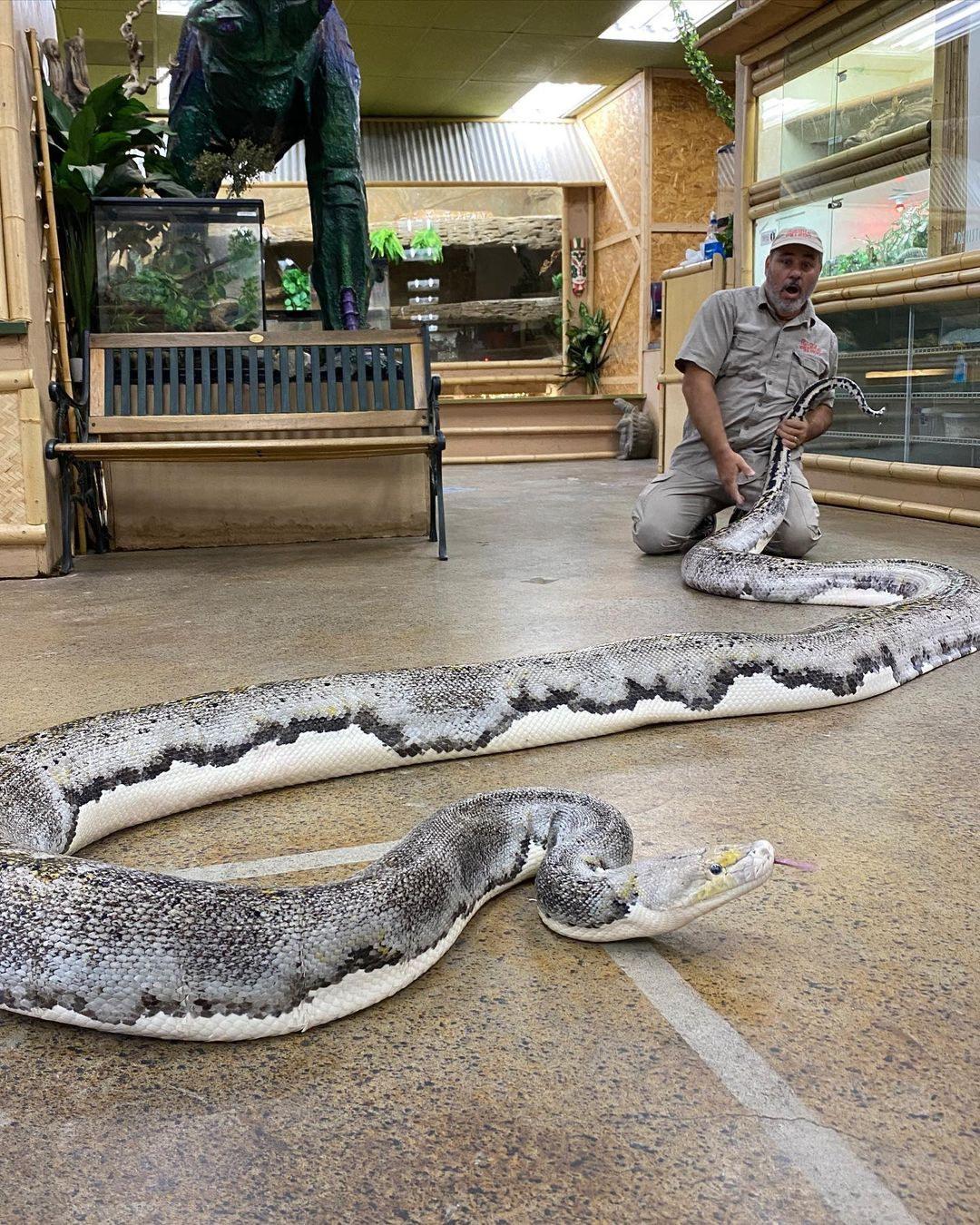 Footage shows the animal making a dart for the shocked zookeeper as it tries to defend itself with its exposed fangs.

Mr Brewer proceeds to duck and dive out of the way of the oncoming reptile and then looks backs towards the camera stating that he "doesn’t normally get nervous, but he is now".

Pythons are ambush hunters and waits until their prey comes close before mounting an attack, making stark and sudden movements.

After posting the video online, he clarified the situation and the reasons for his dangerous attempt.

Writing on his Instagram page, he said: "When I say this snake is grumpy, I mean she's grumpy! This is one of the craziest clutches I've pulled in a long time."

"She doesn't know I'm just trying to save the few good eggs she has.  Without removing them, even the good ones would have rotted.

"That is why I'm willing to take the risk to save the babies."

The clip amassed thousands of likes online with viewers captivated by the jaw dropping scenes of the brave zookeeper.

One viewer commented: "Watching this is like watching a movie full of suspense, you never know what’s going to happen."

Another wrote: "That was such a close shave, stay careful Jay!"

Later in the video, the zookeeper is seen to successfully complete his task with the Cobra placed safely back into its box. 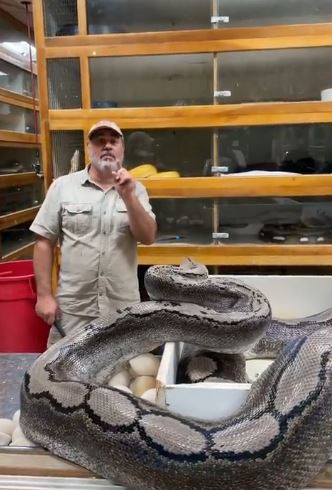 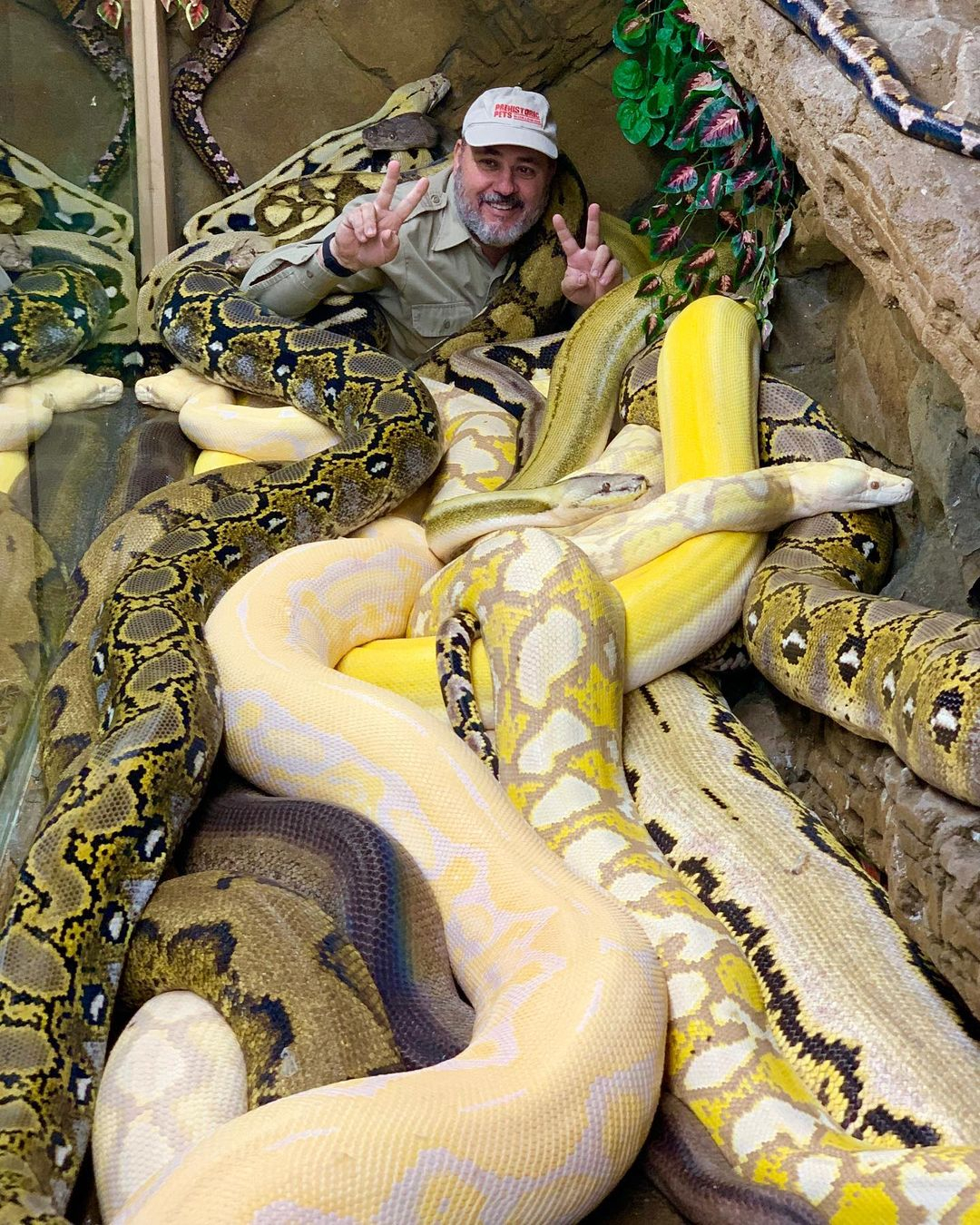